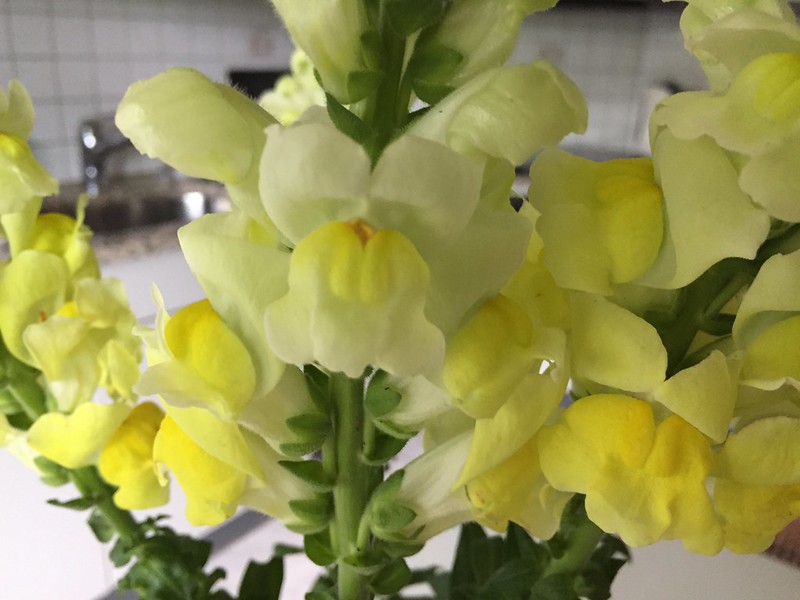 One of the summer favourites: my mum loved them and always had some in our little yard in the corner of the East End of London. 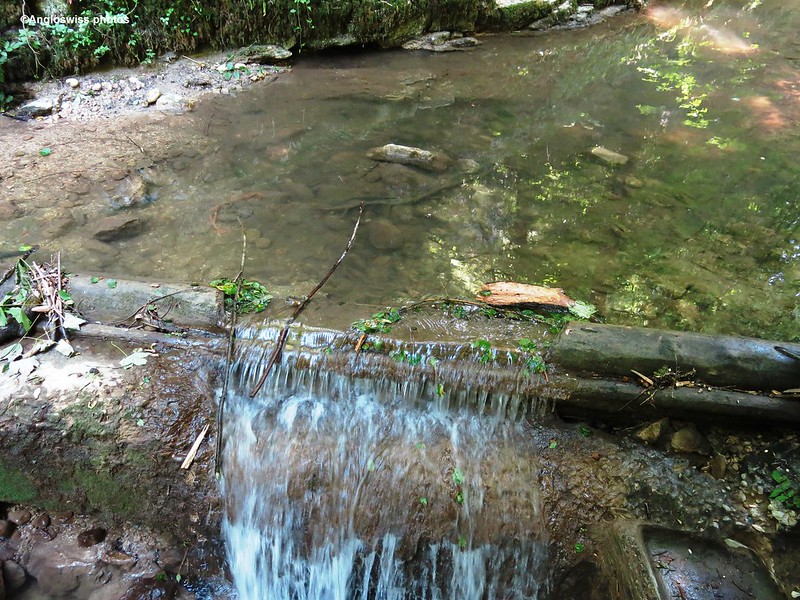 A walk through a local area where a stream runs through it. It has many obstacles to overcome. During the Winter there is practically no water, but in the early Spring the water begins to flow from the melted snow on the higher slopes of the Jura mountains. Luckily no floods, it is all under control, but heavy rains can make the stream swell into a small river. 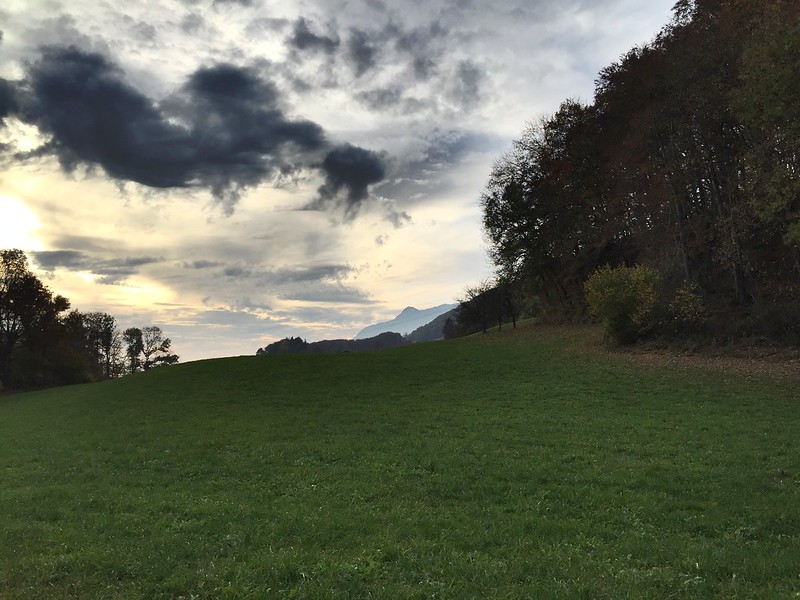 I live in landscape, but landscape is not always landscape. You have to avoid the buildings that are being planted in places that really belong to the trees and the cows, but there are still some places left. We visited the village of Rumisberg. It is not so far, but combined with an ascent to the village on a one track road where you hope that a tractor does not meet you on the way it can take a while. It was worth it eventually with the view across the fields to the distant mountain peak of the Jura. Even the sky decided to show itself from its dramatic perspective. 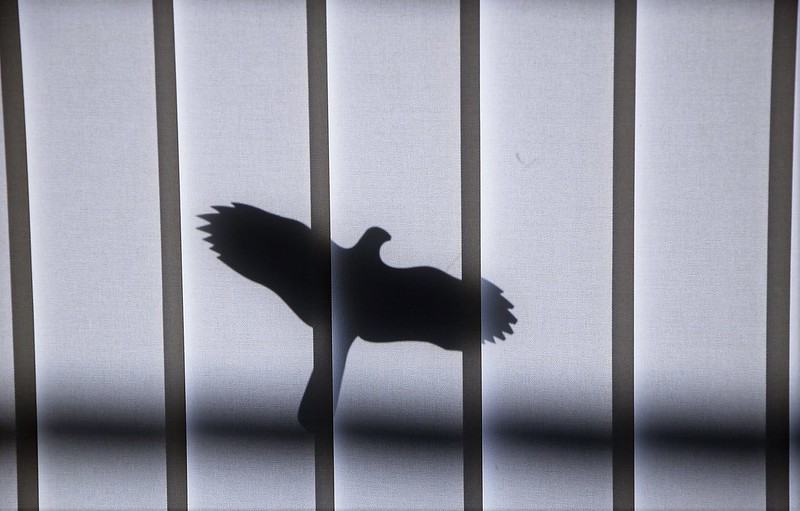 No-one comes tricking or treating here, we are Swiss and there is no halloween, but tricks can occur. Was this a caged bird trying to fly away? No – the sun was shining through my window and I have  a bird shape stuck on the window. I like clean windows and the bird prevents accidents of people walking into them. The black vertical lines are from my curtain stripes – it was all a trick reflections of the sun shining through the window. 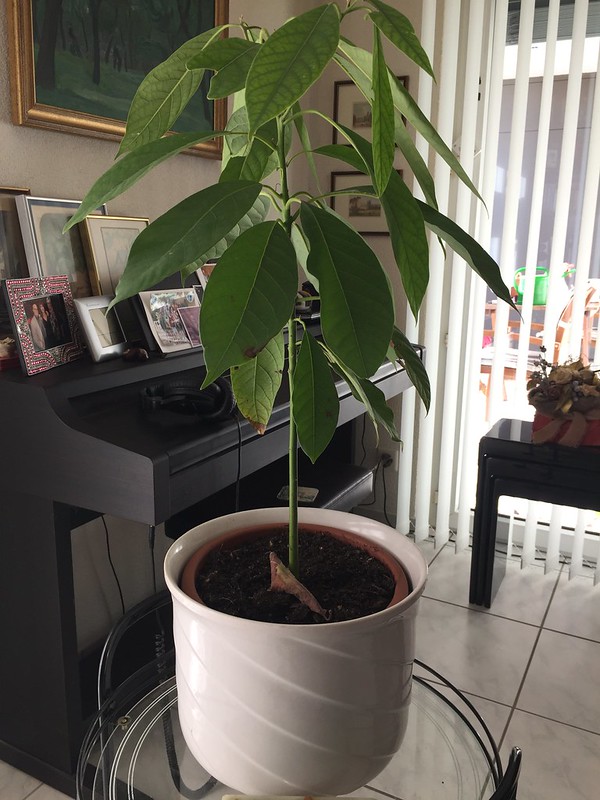 This is my avocado: it is a wonder of ascent, and it began as a pit from an avocado bought in the local supermarket. We do not live in Israel or any other warm climate. I live in Switzerland, the country of apple trees, and in some warmer parts, the apricot trees. We even have cherry trees, but no avocado trees. The do not like Winter, they would freeze.

I added my avocado, bought in the supermarket, to my prawn salad. I removed the skin and chopped it into small cubes and mixed it with the prawns in the salad sauce. I was left with the pit, stone or whatever: a big brown thing. I was intrigued and decided to grow it. Jack’s mother grew beans and they made such big stalks that Jack climbed them and arrived in the sky. I think there was something about a chicken laying golden eggs, but that is another story.

This all happened 2-3 years ago. I had suspended my avocado pit over an egg cup full of water. I had read some do-it-yourself advice in Intenet about not letting the bottom of the pit dry out, and to use toothpicks to suspened the pit over the water. I even added my own idea of covering the pit with an upturned cup to encourage roots, if any appeared, After a couple of months there were roots and the pit split in the middle. I then saw a pale green stalk growing from the middle. Eureka I thought, I will soon have my first avocado tree. Of course I replanted it in a pot with earth and the adventure began.

The avocado began to grow, it was early summer, warm outside and I placed it in the garden. It loved my garden and I was the proud possessor of a very long stalk with some leaves at the top. Of course there would be a problem with the icy, snowy days of Winter, but our appartment was equipped with central heating and so the avocado lead a sheltered indoor life in Winter.

In the meanwhile I had a second avocado growing, although still in the raw form.

This summer was not a good one for growing potted plants outdoors, because we were under a siege from the builders and my pots somehow were not exactly neglected, but disappeared. The days are getting colder and so I brought avocado No. 1 back to the warm indoors and noticed that not only had it grown, but was developing branches.  I had repotted it twice already. 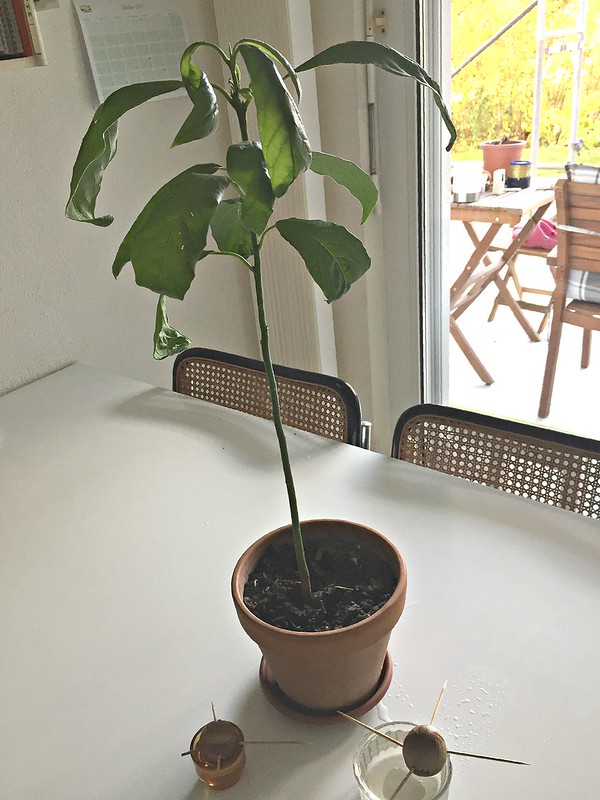 In the meanwhile avocado No. 2 is slowly ascending. This is a year younger than the first one, so has not yet realised its purpose in its plant life. And of course we have the two new members of the family suspended over their water rations since a couple of weeks. My prawn salad with chopped avocado is becoming popular, especially if served with toast and butter and I just cannot throw those pits away. I had no more spare egg cups so had to suspend one over a small glass dish.

I have the first avocado farmer in Switzerland. 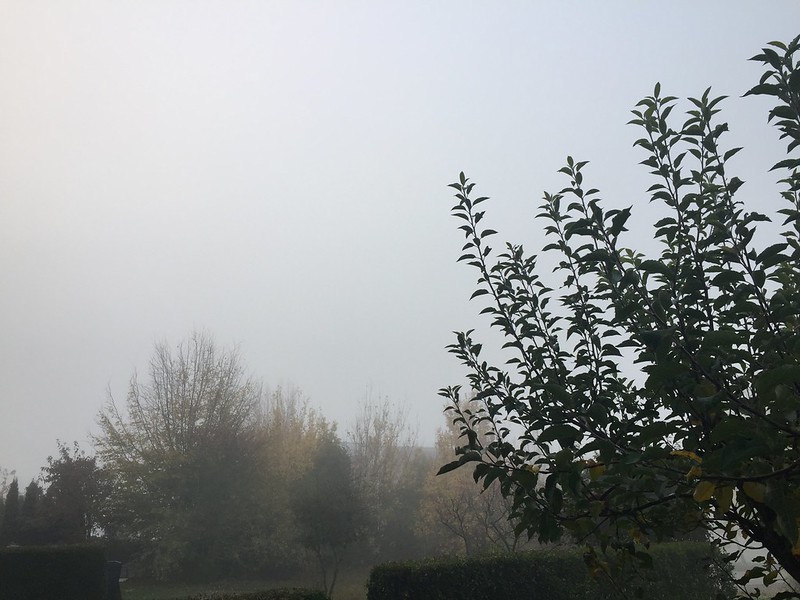 No golden sun rising in the East today, just the mist rising from the River Aar down the path, but it will be another cloudless sunny day. I measure the prediction from the neighbour opposite. If she puts out her washing already in the morning, then we know a sunny day is ahead.

It’s a lazy Sunday today, but who cares. I chose a nice piece of beef for today’s lunch, one that I can stew with veg and some bones, never forget the bones, they add to the taste of the soup. The good thing is I can forget it all until lunch time a it will nicely cook for a few hours on low heat. Of course I took a few photos first of all to memorise the occasion. 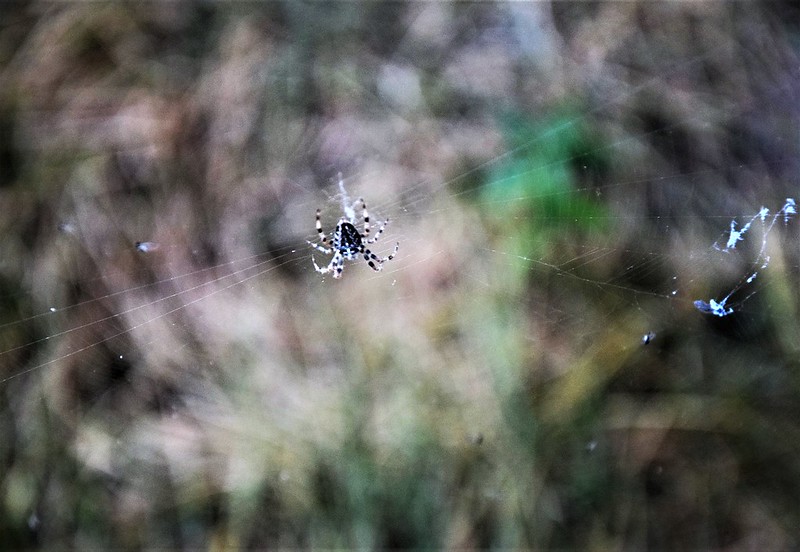 The scaffolding surrounding our block is slowly becoming popular with our spider population. There are so many comfortable corners to spin a web and just hang around waiting for something to happen. I have had my eye on this one for some time. Actually I would love a photo of the perfect web, but my camera refused to focus. I now managed a photo of the lodger in the web. Mr. Swiss had a look and said that is a “Kreuzspinne”. I know what a Kreuzspinne is, they are one of those that might bite, although only when interrupted in whatever spiders do all day. I had a look in the dictionary and discovered this specimen is a garden spider in english, so nothing special.

Apparently they have a cross on their back. I was not so convinced that this was a garden spider, but who am I to know. It has been hanging around for a few weeks, but its time is now limited as the scaffolding will be removed in a week. 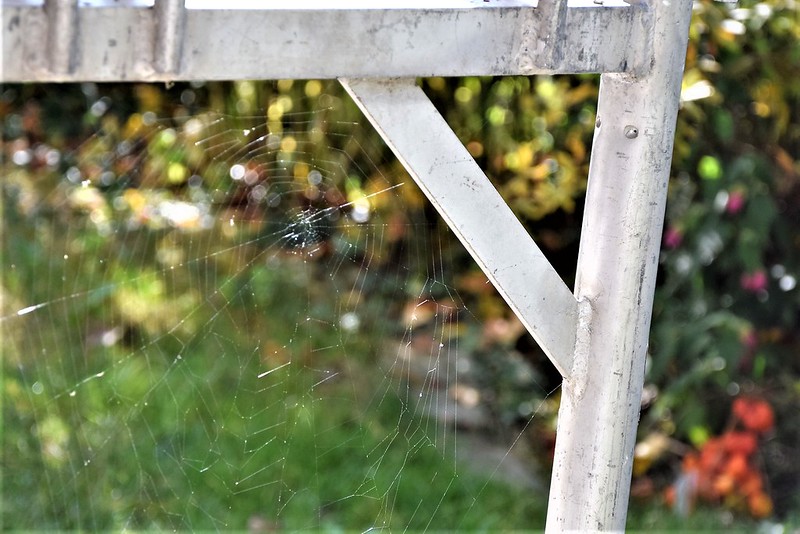 I persevered with the web photo and this was the best I achieved. This is a spiderless web and has been deserted for some time. Most of the insect life in the garden has now disappeared, probably incubating the next generation somewhere underground or just looking for warmer places.

I finished the new Dan Brown book “Origin” yesterday and found it to be quite an enjoyable read, but Dan Brown for me is enjoyable. His style might be losing its originality, but I do not really care. If I can entertain myself for a few days with his writing, that is OK with me. This time it was all about the origins of life and where we are going and where we have been. As usual I was already half way to the solution of the book before I finished it, I knew that it was ……. that was behind it all: not wanting to mention names, as I do not want to spoil the book for others. My bedtime was postponed a half an hour to enable me to finish the book/Kindle yesterday evening, but Mr. Swiss was even later. He was watching “Bladerunner” on the TV with a young Harrison Ford.  So he only  began to hug the bed at 2 p.m. I saw the film a few years ago, and quite liked it. What an exciting life we lead.

And now to move on to the daily events. The sun beams were playing nice tricks with my kalanchoe plants on the kitchen table yesterday, so I devoted a couple of photos to them. Leaving you with one of the results, I wish you all a nice relaxing Sunday day/night. 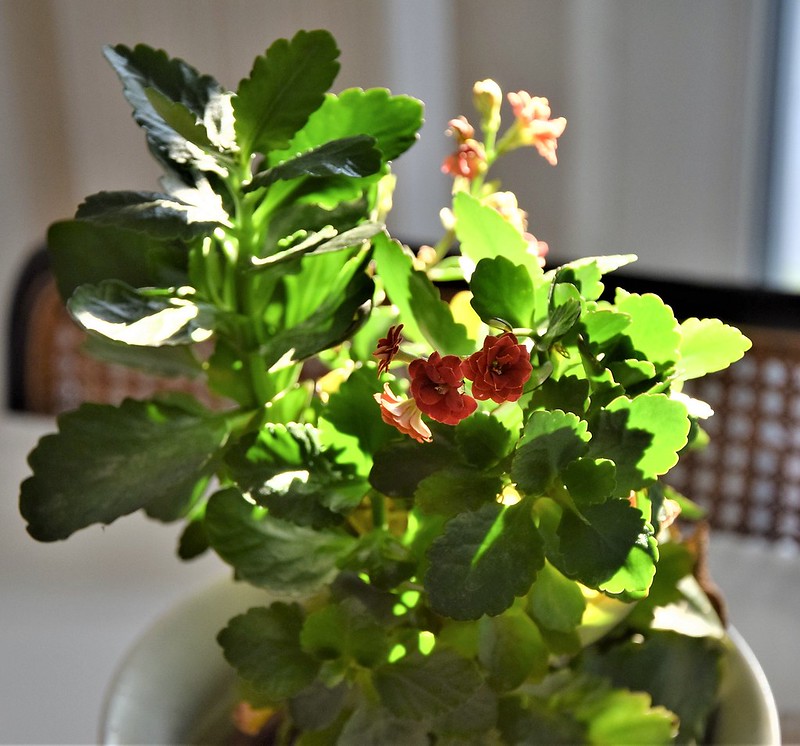