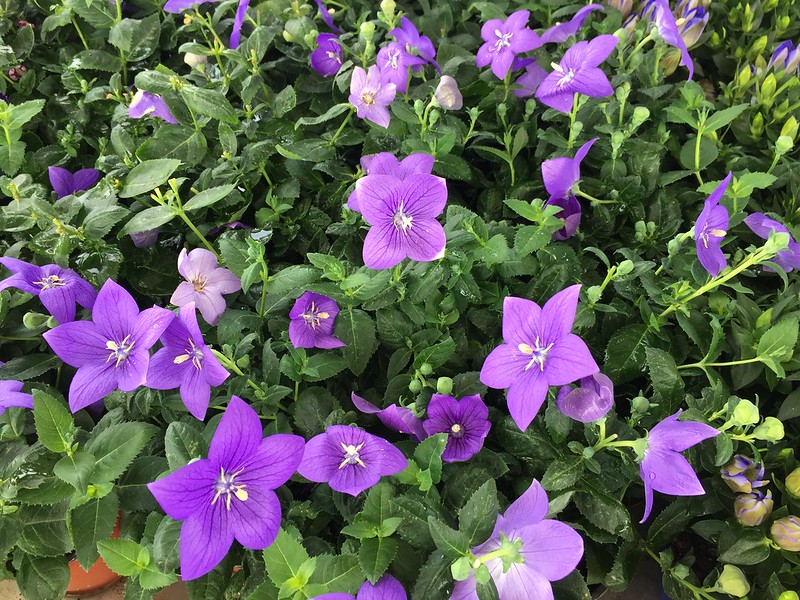 And they really do look like balloons before they pop open. I have them in the garden. At first they are quite small, but a year later they are double the size and appear regularly. 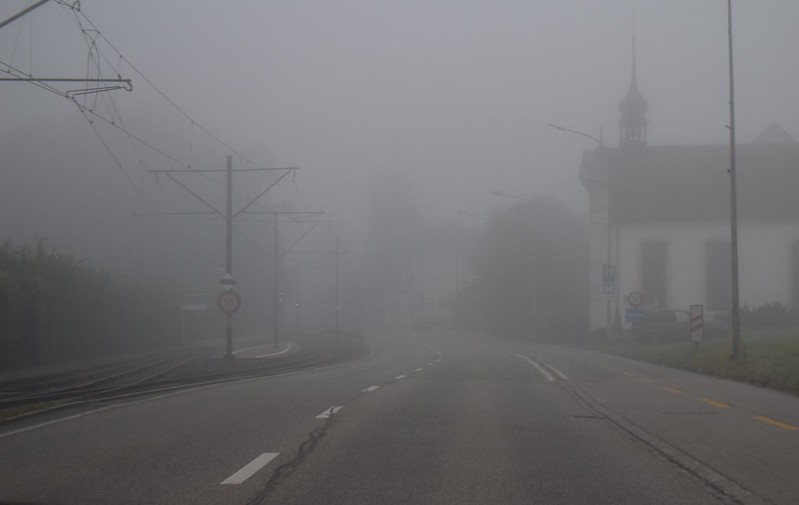 Ghosts and Ghouls appear in the fog
Be careful where you tread, I can hear a dog
Appearing through the mist, its jaws are on fire
And then appears its owner, the local vampire 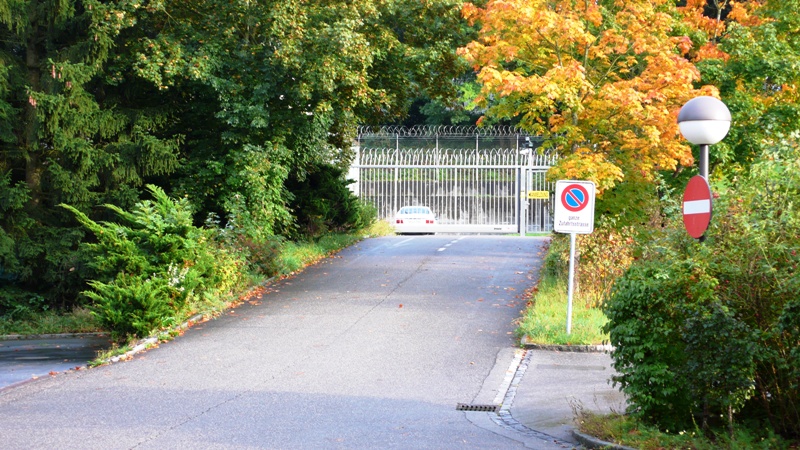 A photo of the local remand prison is always a good symbol for not being released. It is at the beginning of the path to the local hospital. If you happen to be an inmate in the hospital, as I was once, you can hear the prisoners calling through the windows to their wives and girlfriends who wait outside in the evenings for a word from those that are not released. It is alarming to hear it when laying in a hospital bed, but I eventually got used to it. Of course it is not allowed, but it happens regularly.

I am no longer inspired by the Daily Prompt Words. I see a word and should write something about it. I am not locked in anywhere, so how come I must write about being released. Do you really want to hear about being released from my schooldays. I have written about that so often it even bores me.

Entering a working life – another 40-50 years of doing things you have to do. That is also now behind me, but I never felt that I was imprisoned. I had to live and so I was paid to do a job. Food costs money. Now I am really on my own. I get a monthly pension, can do what I want and when I want. Oh, just a minute, I have a doctor’s appointment this week, I have to visit the store for food. I have a meal to cook, and the garden needs looking after.

And life is now one big holiday, because I am free, although my sickness insurance has to be paid. There are a few other bills that should be organised and now I have got a new credit card because the other one is expiring: no problem. Dates of expiry should be altered, but it can all be dealt with by computer if I find the place where I have to do it.

Daily Prompt: Let Me Out 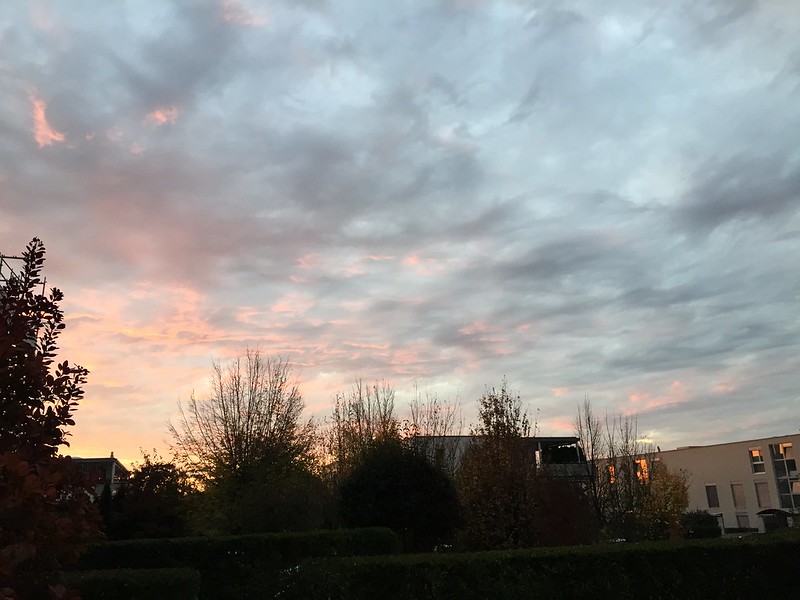 That is not bad for 7.45 a.m. The sun was rising in the East and so we got one of those special sunsets. It even reflected in the windows of the building opposite. I took a few photos, but this one was with my mobile phone camera. I had to stop taking photos as the light effects were changing continuously and I have a breakfast to eat and things to do.

Yesterday afternoon I heard quite a bit of workman noise on the upper floors of our building, so decided to see what was going on. I mean what could possible be happening, the work is now finished for a few bits and pieces. I noticed the ground outside my window was littered with  an empty cola bottle and otherwise a few remnants of a drinking session thrown down by the workers. 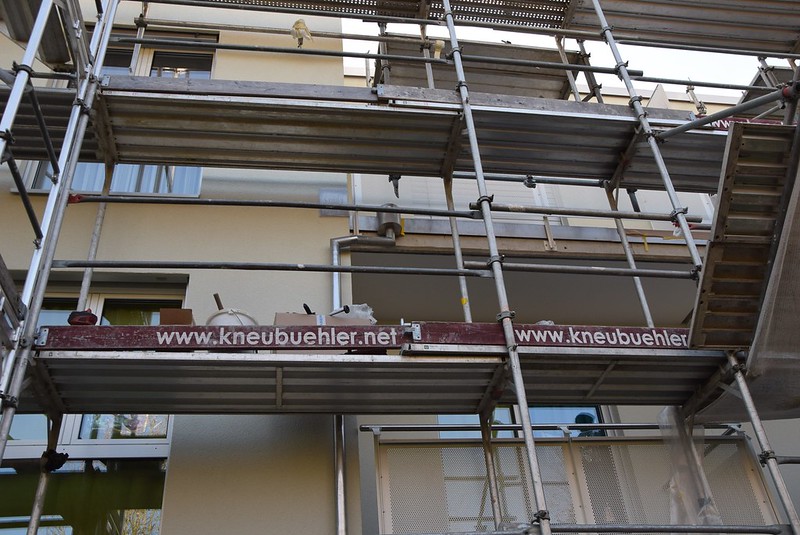 I looked up and saw we have a new addition to the house front. There is a metal pipe descending over the facade with a container at the top. There were two workmen busy with this new arrival and upon asking, they told me it was a drainage for the top balcony if it should rain. The pipe ended on my floor level about half a meter away from the ground, but the builder assured me that he would add the failing remainder today. I was still somewhat doubtful and asked where the water would afterwards go. He explained that it would simply go into the ground, but no worry. Everything had been sealed. There is no drainage system, but the water should not be a problem. Yes, how reassuring. I am not keen of having pipes on my territory that lead nowhere. Life is full of surprises.

And in between yesterday evening’s sky, which was really worth a photo. 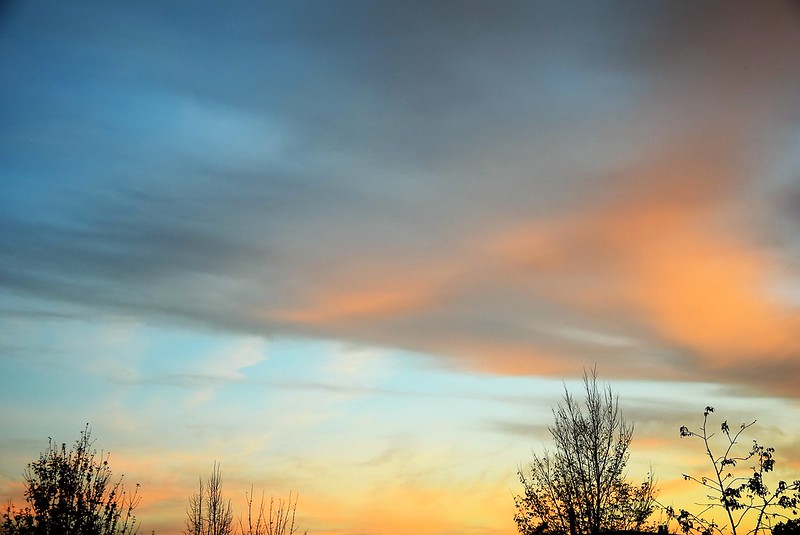 Yesterday morning there was also a surprise. I was busy cleaning my windows which is part of my Thursday morning routine. Yes, I am proud of my clean windows and clean window frames. If you do it regularly there is no big work to do. Of course over the last 6 months there was more to do than usual due to the building work. Various stains and remainders were splattered on some windows according to their position, but I eventually had everything under control and now am quite proud that my windows are back to the pre-building state of affairs.

Yesterday morning, whilst I was finishing my window cleaning job, on he last window, two men appeared on my porch holding each a bucket with a window wiper and some cloths.

“But you are not here to clean my windows?”

“Yes, we have our orders to clean all the windows.”

“Forget it. I have been cleaning the dirt from the workers since 6 months and you do not have to turn up two days before the scaffolding is removed to start cleaning windows.”

I was annoyed, what a cheek. It was then that the workman shook his head and said the lady next door had already told them to “clear off” and she was also annoyed, but they have their job to do and then they moved on.

I saw them again a few minutes later and explained that I realised they are only carrying out orders, but we housewives have been regularly cleaning our windows since 6 months of bulder’s dirt and on the last day we do not need two men to clean them for us. They are only cleaning the outside windows in any case. I told them that they could clean the windows on the other side of my appartment as I would not be doing that side until next week and we parted company with a smile on our faces.

My neighbour and I were both annoyed that some person in a chief office somewhere in the building consortium decides that we now need clean windows. I needed clean windows every week, if not every day, since the builders moved in.

Time flies again and I must draw to a close. There is a week-end shopping trip to do today and a few other bits and pieces to deal with. Have a good week-end everyone. I will leave you with a photo of a crow fly past, also this morning. I just happened to have my phone camera in my hand when they did a fly over. 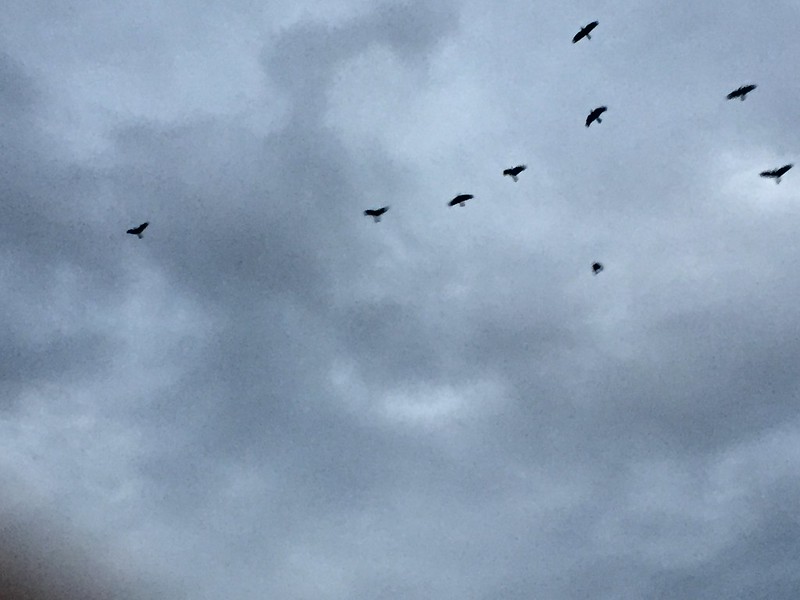