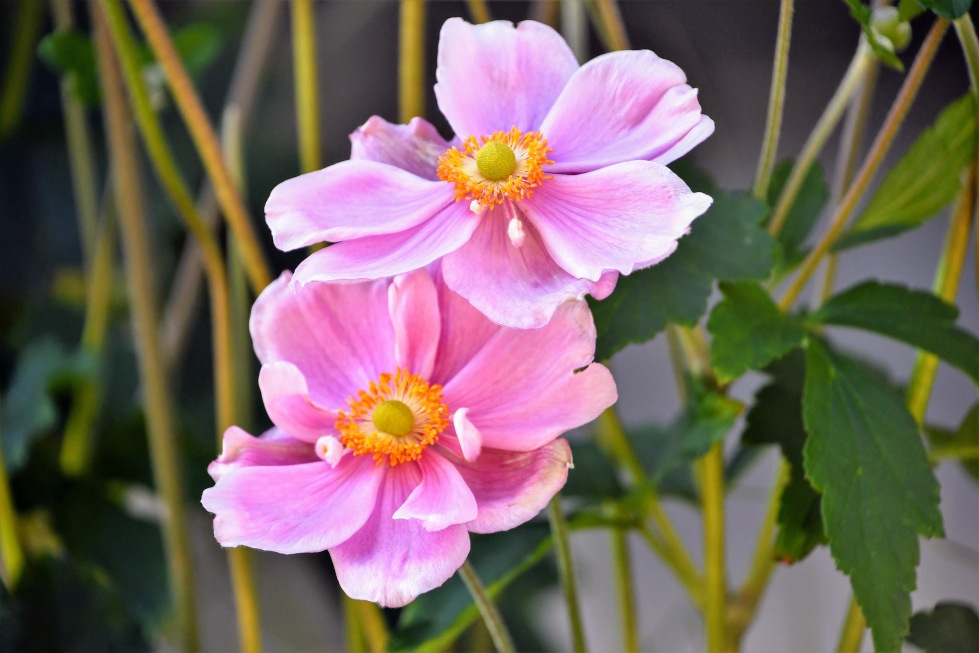 The neighbours anemones are beginning to flower again, as every year at this time. 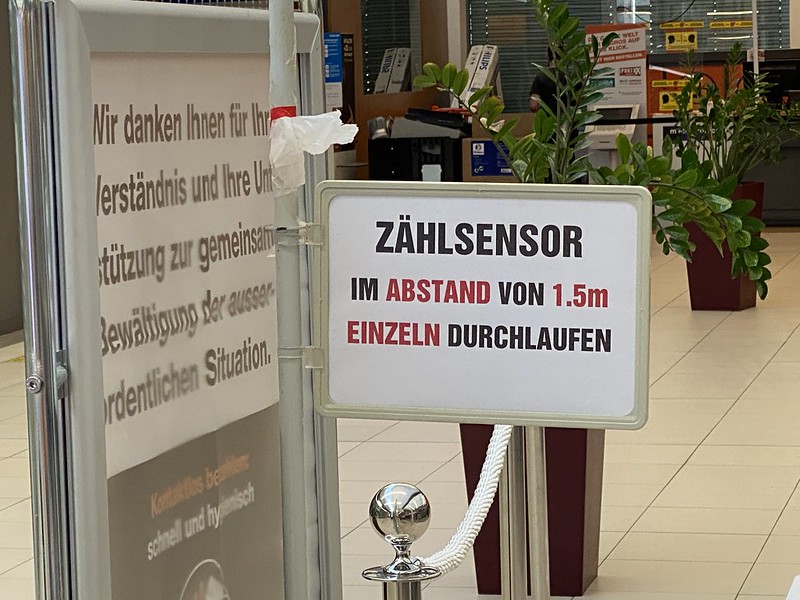 “Counter
Walk through with a distance of 1,5 meters on your own”

That is what it says in English.

Have you caught it yet?

No, neither have I

With all these special precautions

You must really not ask why

What am I talking about?

Everyone must know it

I do not mean the ball of the match

So are you feeling fit?

Do you have a cough

That tickles in your throat

How is your temperature

Does it make you want to groat

Do not forget to wear your mask

Even if the colour does not match

of the Covid 19 Catch 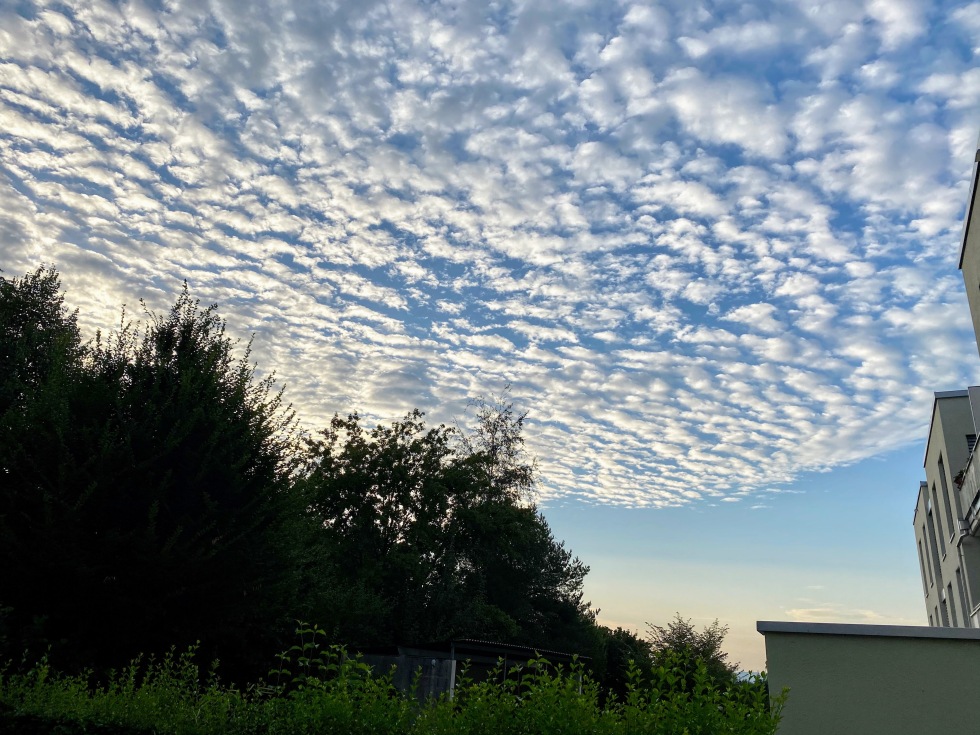 I took this photo an hour earlier than usual as I had to stop hugging the bed so long this morning. We had an appointment in town and had to be there by 9.00 a.m. It is also the reason why I am later to write anything. However, we were back home by 9.35 and I could deal with my cleaning and my usual morning work and here I am eventually. There are advantages rising earlier to be able to capture the clouds before they disappear for the day. I am also off this afternoon for my usual shopping trip.

Yet again is next Saturday a holiday when all the shops are closed. It is one of those catholic events, this time the so-called assumption day. Who is actually assumpting I am not so sure, but I think it is something to do with Mary as it is a Roman Catholic thing. It means that I will have to plan the week’s shopping a little ahead to prevent buying everything on Friday.

Yesterday afternoon I was off on a short trip in the neighbourhood. It was too hot to go further, so I went to the higher places. I took this photo looking across the Bernese countryside towards South. As it was so hot there was a mist everywhere and no good view of the Alps, just the hills in front in the distance. 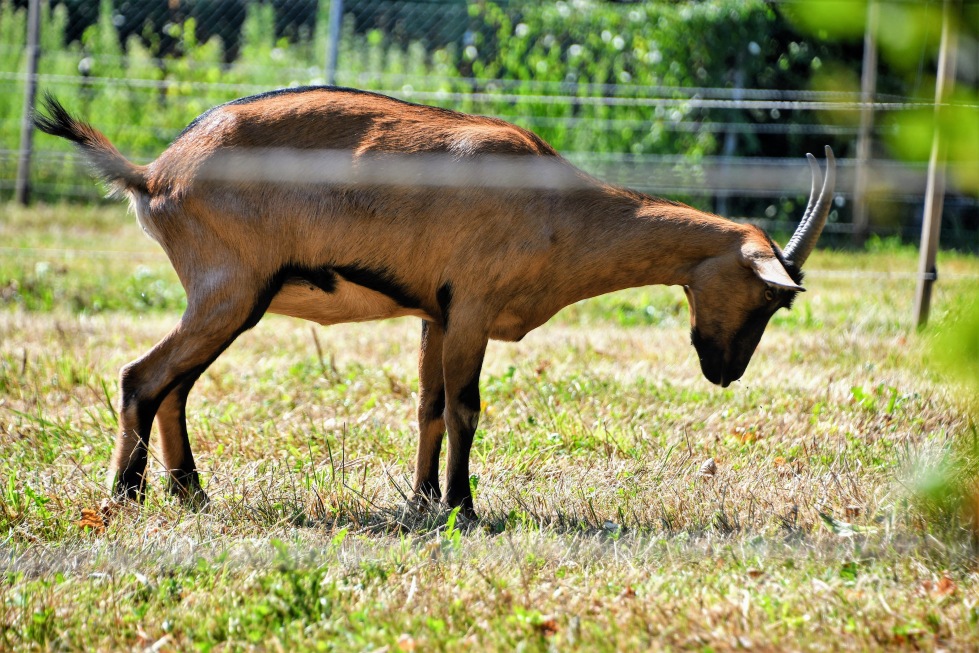 I met our goat pair on the way. The female was munching on the grass.

And the male was relaxing in his pen in front of his water supply. Males are not as active as the ladies it seems. They just like to keep an eye on everything, including me.

I passed through the cemetery on the way, but not very much action. It was too hot for visitors. Even Mr. Swiss stayed at home so I was on my way on my own with my wheelchair.

I met this pigeon on my way who was busy pecking around on the ground. It seemed to be a much larger species as the ones I usually meet, probably a wood pigeon. 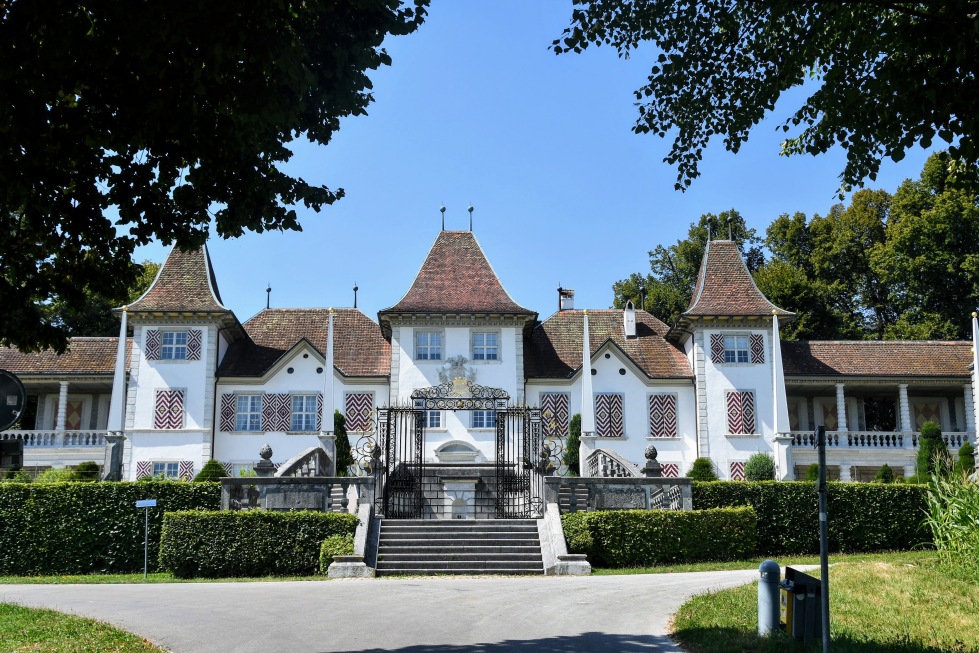 I also wheeled past the local castle and decided to take a full frontal view again. I have many photos of the castle, but it has been some time since I took a photo of the entrance. The gates were also open for visitors.

I eventually wheeled on home as I did not want to stay too long and it was really too hot.  The rest of the day was spent with uploading my photos and a relaxing evening with the TV. I also had to go down to the garage to organise my scooter battery I have now had the scooter two weeks an it  was time to reload, which is quite a good service from the battery. I notice I had done 27 kilometers with it and probably could have made more, but tomorrow I have to go to the doc and did not want to take any chances.

Now I should go, something to do with cooking lunch. Have a good beginning to the week..

I just spent the last half hour trying to capture a visitor to my savoury plant outside which is now flowering. I managed to capture one bee, although there were many, but they are constantly in motion.