The perfect flower, everything in the right place. I wonder if they ever die.

This morning I saw him sliming away very very slowly across my kitchen floor. I actually felt sorry for him, although slugs are not my favourite insects, but this little guy was lost. He has not seen a drop of water for at least two weeks, and he was searching for something wet most probably, and so he entered my kitchen. Outside the ground is dry and he was alone Perhaps he was the reconnaissance for the tribe to see if there was some humidity left in this dry desert of a world.

I did not kill him, he was suffering enough. I carefully wrapped him in a paper towel and removed him back to the outside world. Perhaps he found a damp corner somewhere to wait until the rains came. I was so happy that is had just began to rain outside and I am sure he/she is. Perhaps I am being a little facetious, but even a slug has a right to live, unless they are devouring my plants. 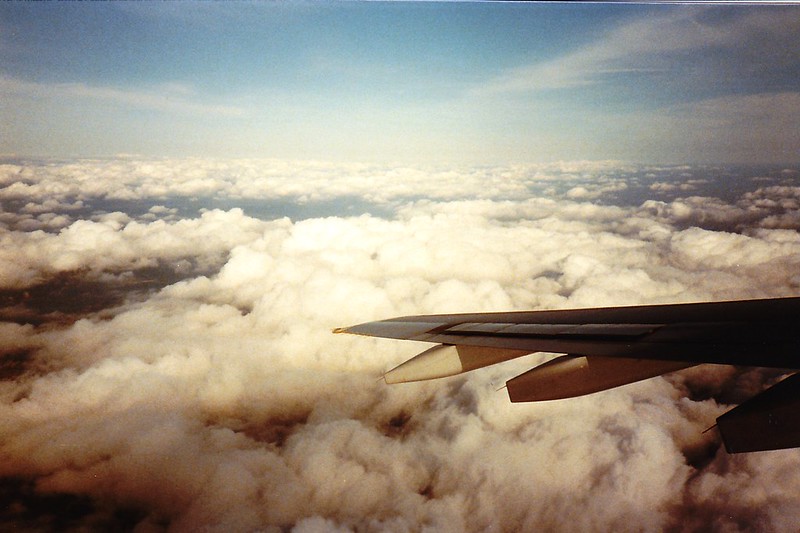 Hat jemand Fernweh?
Ich habe kein
Ich wohne jetzt in der Schweiz
Und das ist ganz fein
Ich sagte goodbye zu London vor lange lange Zeit
Mein Heimat ist jetzt hier
und London ist sehr weit
The title was in German
So is my written word
It is now my zweiter Sprache
So let it now be heard
My German is not Fehlerfrei
and neither is my english
I have become a polyglot
My languages diminish
Aber hier bin ich zu Hause
My zweiter Heimatland
Es macht mir keine Sorgen
Although it was not planned

Just a view from a window to another building whilst I was in town.

One of those mottled skies this morning which usually arrive before the clouds disappear entirely for the day. It is still heat wave here. Mornings are OK, but during the day it heats up and it seems to me that the air is slowly sucked from the surroundings.

The first caller this morning was the postman, He only rang once but I had just stopped hugging the bed. He had the delivery, in cold boxes, of my medicine. Afterwards I got a call from the lady that deals with the deliveries to tell me they had a problem with the system and it would probably only arrive tomorrow. I told her that I had already received it, so everyone was happy.

I was off to the doctor in the afternoon, the first real journey in my scooter where I had to enter town and park. Since having the scooter I am now together with the cyclists in the parking spaces. In town there is always somewhere you can deposit your taveling convenience, but I do not like being crowded out surrounded by bikes and some of those bikers really do not consider the others.  Yesterday I found a nice space in front of the doc’s building, but had to reverse to leave it and I do not like travelling backwards, but it worked and no objects or people were damaged during the manoeuvre.

However, the surgery is in one of those narrow streets and at the moment some of the buildings are being remodelled. They used to be stores, but no longer. Stores are dying everywhere and only the grocery places seem to be surviving. This was a large clothing chain in Switzerland that no longer exists. The owner is now retired and has no descendants that are interested in taking over. I had to squeeze my way through the parked cars to get to the surgery.

I saw these two entertaining the passers by in town. It seemed to be a father and son and they were singing in Spanish. The boy had a wonderful voice, still unbroken, and the father was singing with him in harmony. The were both virtuosos at their guitars. Our town certainly lives in Summer.

Taliking of living things, we are a little besieged at the moment at home. It is wasp time, not bees or other harmless stripy flyers, but wasps. These two were clinging onto the outside top frame of the window surround, which did not really bother me.

However, Mr. Swiss had problems with his Pepsi Cola. I stick with mineral water in Summer, less sugar and more refreshing, but Mr. Swiss just likes his Cola and so do the wasps.

He was not so impressed as I found them a very good photographic subject and he insisted in emptying the cup after the wasp had visited. I found they were not a problem, so when he was doing something else I lifted the wasps out of the liquid on a spoon.

Another life saved, although it seemed to me they were not really having problems and quickly recovered on the spoon to fly away, only to return. Eventually I found a beer mat which was ideal to cover over the container with the cola and Mr. Swiss was happy again, not having to share his drink with a wasp.

However, wasps can be an annoyance, especially when eating lunch and buzz around everywhere. Up to now we only had bees, but wasps can get a little aggressive. Grapes are now having their season, and then there will be an invasion at home when I buy some.

Yet another one of last years orchids is bursting into flower. I can still hardly believe it that I now have five orchid plants with new buds. One of them, the white one, has still not finished with the first flowers when I bought it and now has three new stalks with buds.  Wonders never cease.

Today I have nothing planned except for a safari to the store in town. And now for the usual morning routine. Have a good one, we are already half way through the week. And here is a photo of my way home from town – taken by scooter of course.