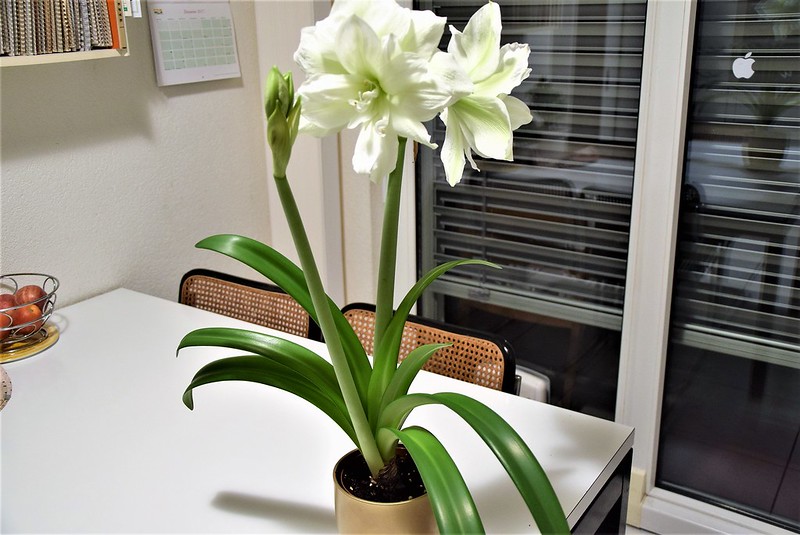 One of the few photos of my white super amaryllis which took a fall afterwards, but it is still alive and I hope for a new show end of this year. 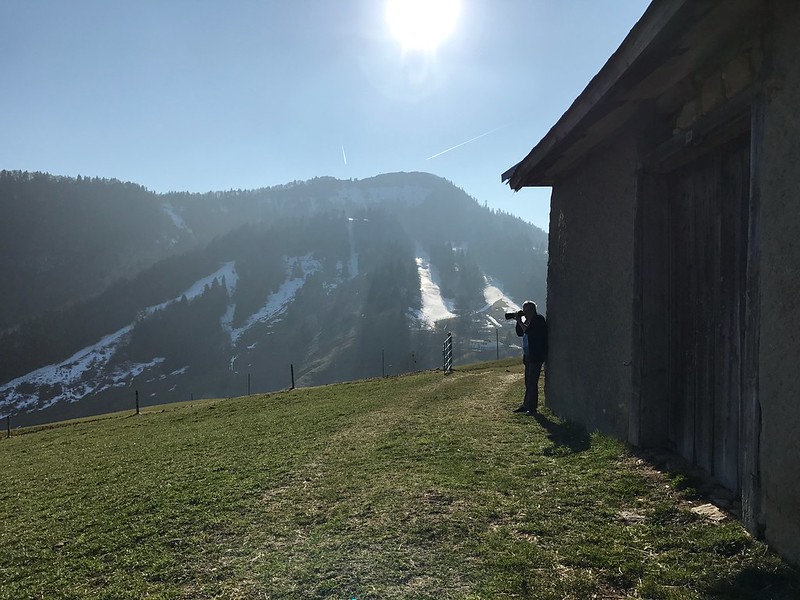 Me taking a photo from a local mountain with the zoom lens. 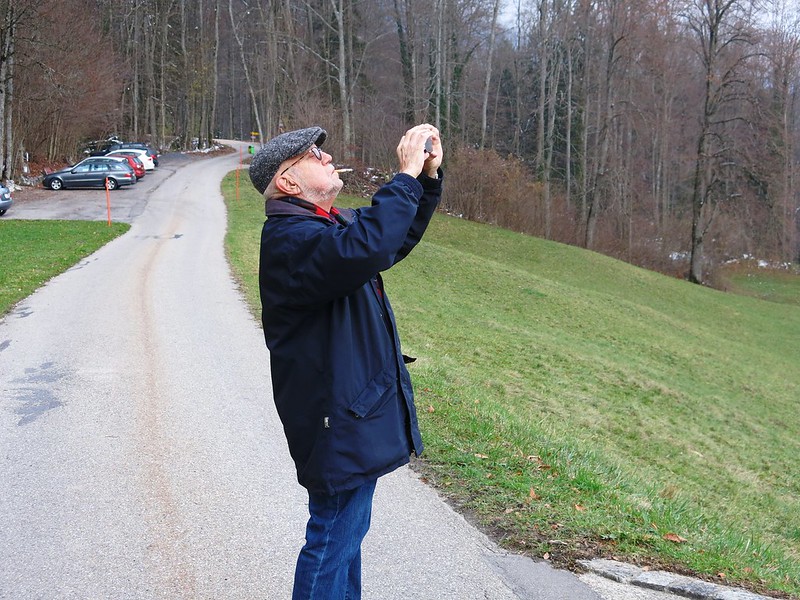 Now and again Mr. Swiss takes a photo, but with his phone camera. Note the concentration. 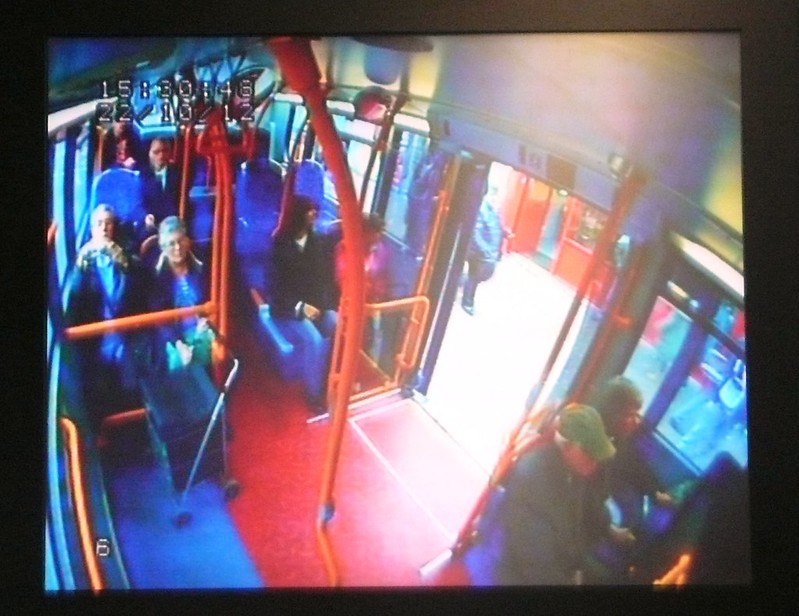 Here I was sitting in a London bus. They had one of those CCTV screens so I took a photo of myself in the screen. Not very good quality, but that was to be expected.

Cee’s Fun Foto Challenge: Any kind of camera or photographer 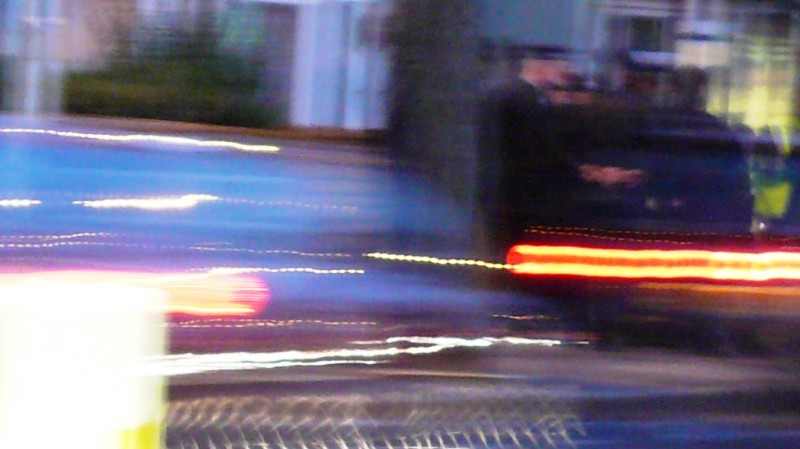 This would have been one of those prize suspicious photos had everyone stopped moving to give me time to take the photo. It was early evening in Dagenham Heathway. You do not know Dangenham Heathway? It is a hot spot in London, one of the most exciting pieces of pavement where the action happens.

My mum and dad moved to Dagenham from Bethnal Green (another den of excitement and crime in London), They were not escaping from their dangerous surroundings, because they never really noticed that they were dangerous. Admittedly the biggest gangsters in London (the Kray family) lived in the same area, but the only actual knoqn murder happened in a pub which was on the other side of the main road.

Mum and dad felt comfortable in Bethnal Green and Dagenham. Dad was approaching his gold oldie years and he worked in the Ford Motor Company factory which was in Dagenham, so his work distance was no longer so far away. I would visit mum and dad once a year and found that Dagenham was not a bad place to live. It was full of  working class golden oldies and they felt at home. Crime: of course, but again nothing out of the ordinary.

I remember one evening when we had finished the evening meal. Dad was in the kitchen and suddenly appeared quite excited. The back gardens of the various houses were next to each other and suddenly a man jumped over the fence and was running very fast. Suddenly the neighbour followed him who had been shaving in his kitchen and had a naked top body part. He jumped over dad’s fence and he had a hammer in his hand. It seemed that the first person was trying to break into a house and the neighbour saw him and an excited chase was the result in the middle of shaving and washing through the back gardens. Yes, even Dagenham had its exciting moments.

The photo? Taken by me on one of my memorable annual visits to Dagenham. I was walking along the Heathway from the local underground station and suddenly two police cars arrived, the police jumped out of the cars. You can see their uniformed appearance in the photo. They pounced on some pedestrians and detained them on the road for questioning. I happened to be in the right place at the right time, but had to be careful with the camera, not wanting to have my prize suspicious photos confiscated by the police.

Everything happened fast in Dagenham. Since this time, mum left us and dad went a couple of years ago, but Dagenham remains the same. Now and again a robbery, or even a mysterious murder case. I think mum and dad felt quite at home in Dagenham. 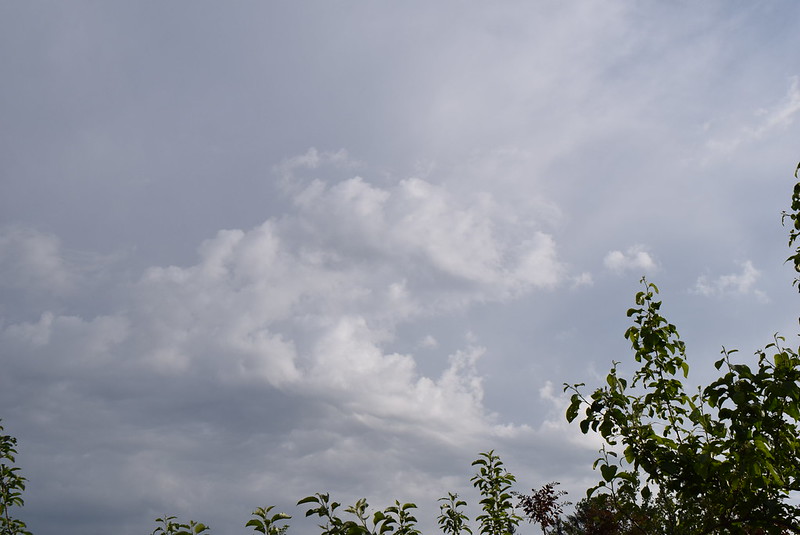 Yesterday evening things got a little rough. I had time and decided to clean a few windows which were looking a bit misty when the sun shone on them. I was actually going to go for a wheelie in my chair, but changed my mind.  I was just completing the window cleaning session when it looked like rain was coming, which is not ideal when you have clean windows. I finished and closed the blinds. It rained only a few drops. I afterwards saw in the news that in some parts of Switzerland they had severe hailstorms with minor flooding. It looks like we were lucky in our area. 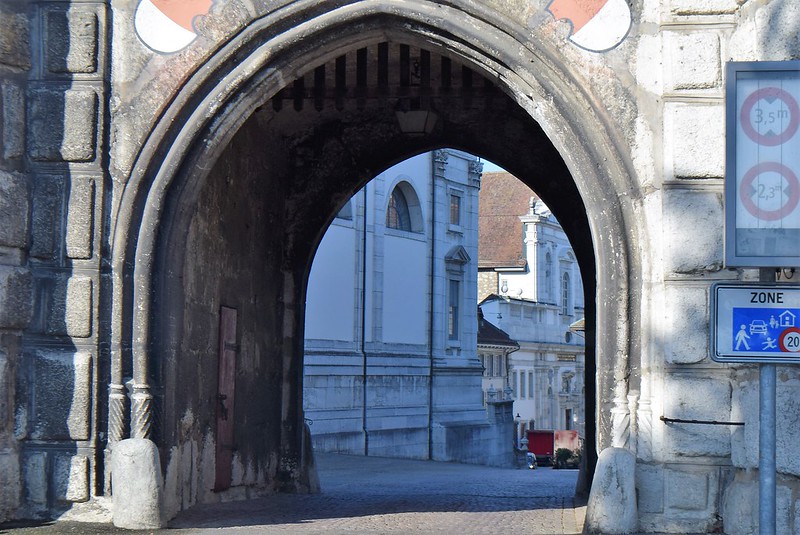 This morning I was off to see my neurologist. I had a few questions that I wanted to clarify. As the appointment was for 8.30 I had to stop hugging the bed earlier and had no time to wish everyone a good morning, although many are just saying good night. The old part of our town is cobblestoned with very narrow streets and basically traffic is not allowed, except for visits to various buildings and only until 11.30 in the morning. As I have problems walking Mr. Swiss brought me to the doc. Afterwards he had to return home as the cleaning lady would be coming. I had the opportunity to take a photo of our Basel Gate as we approached it by car. 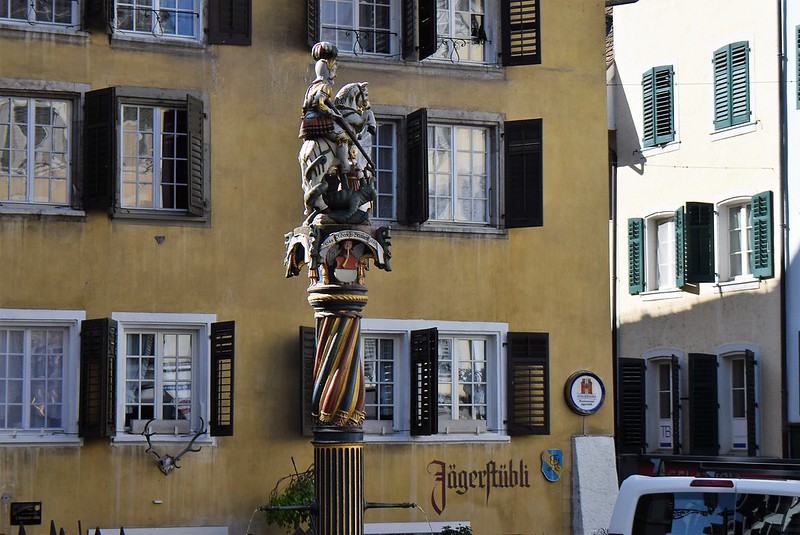 I was an hour with the doc and afterwards called Mr. Swiss to pick me up again. This guy on the pedestal belongs to one of our many fountains in Solothurn, of which there are 11. It is the St. George fountain, with the dragon sitting at his feet. It seems I can now apply for parking permission in various places only allowed for handicapped in our town. I have to make an application at the police and my doctor would back me up if necessary. 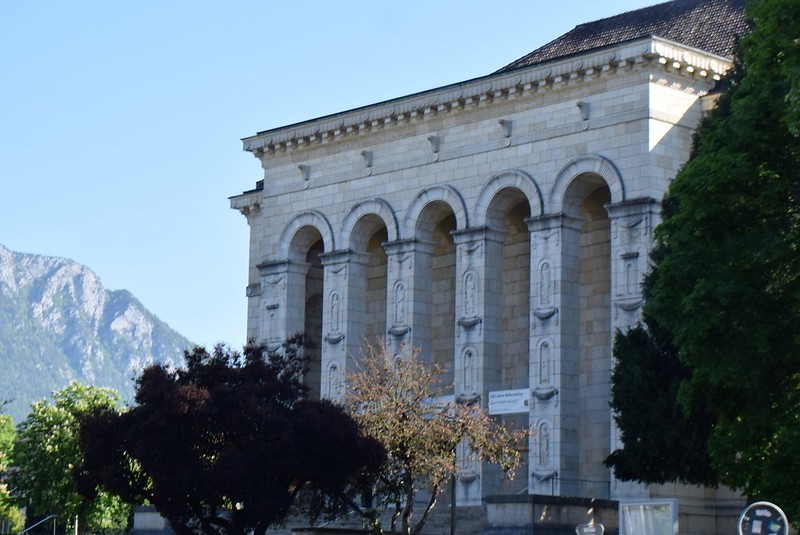 As we left the town I took a photo of the reform church. It looks like it will be a sunny warm day today so I will be on my way again this afternoon, I was glad to arrive back home with the morning stress dealt with.

And now to deal with the normal daily tasks. See you around. I will leave you with my peonies in my garden. We call them Whit roses is German translated and the idea is that they will be flowering for whitsun, which is the case this year. 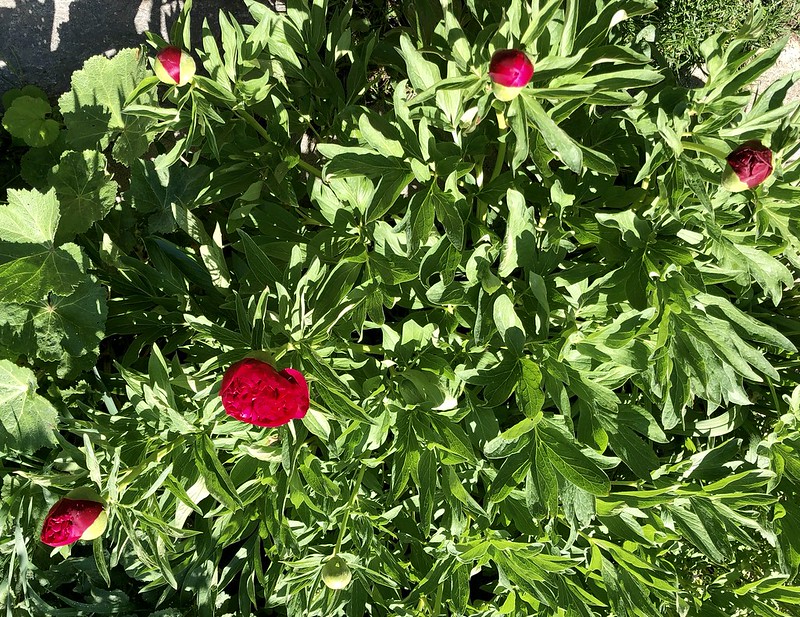