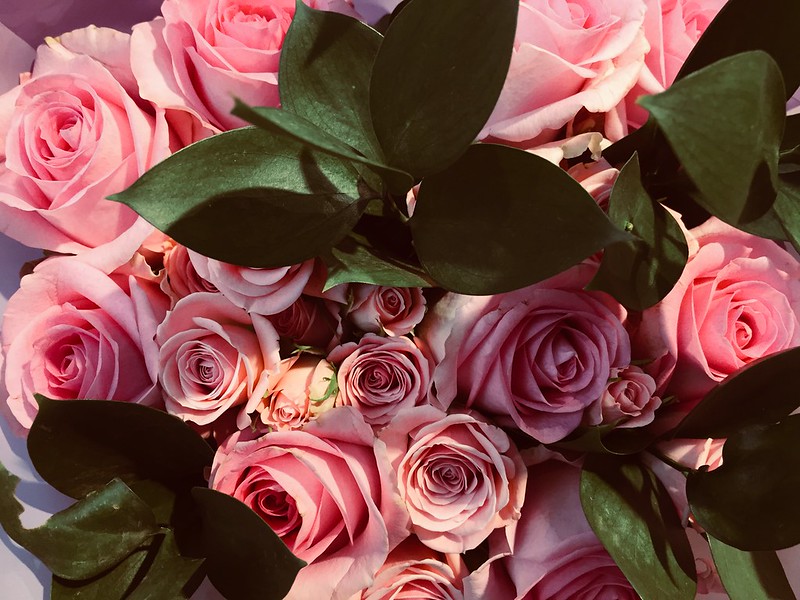 In the name of the rose 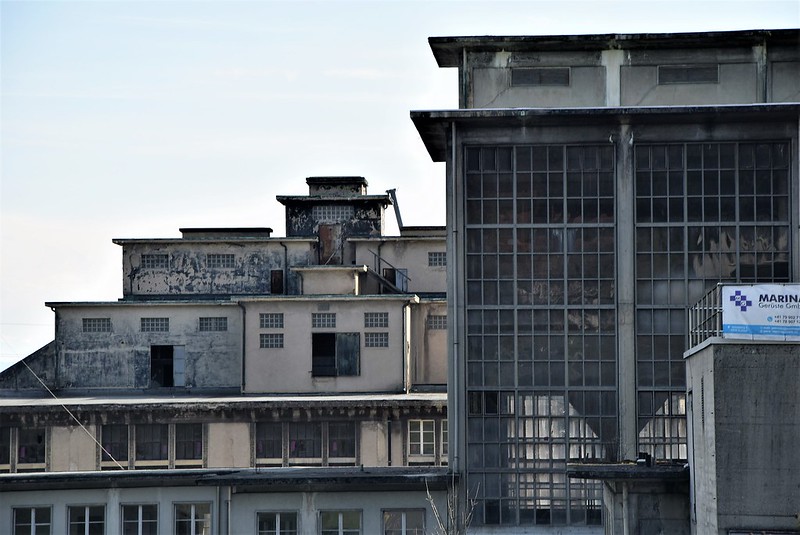 A cellulose factory no longer in use 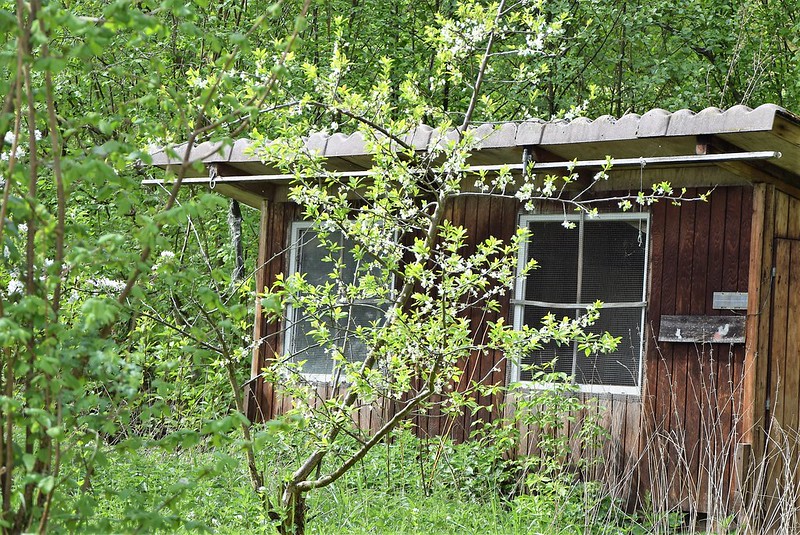 An old shed in our village, no longer in use. 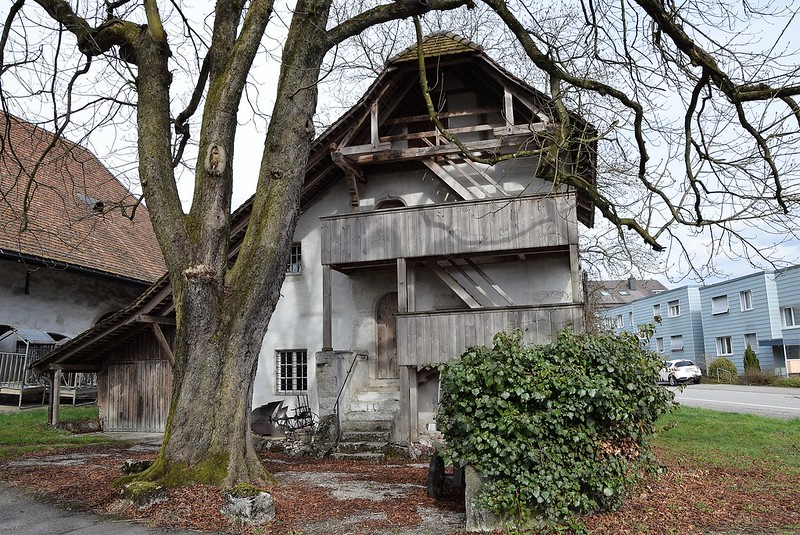 An old house in our village that has now been converted to the village museum. I have attended a few interesting lectures there. 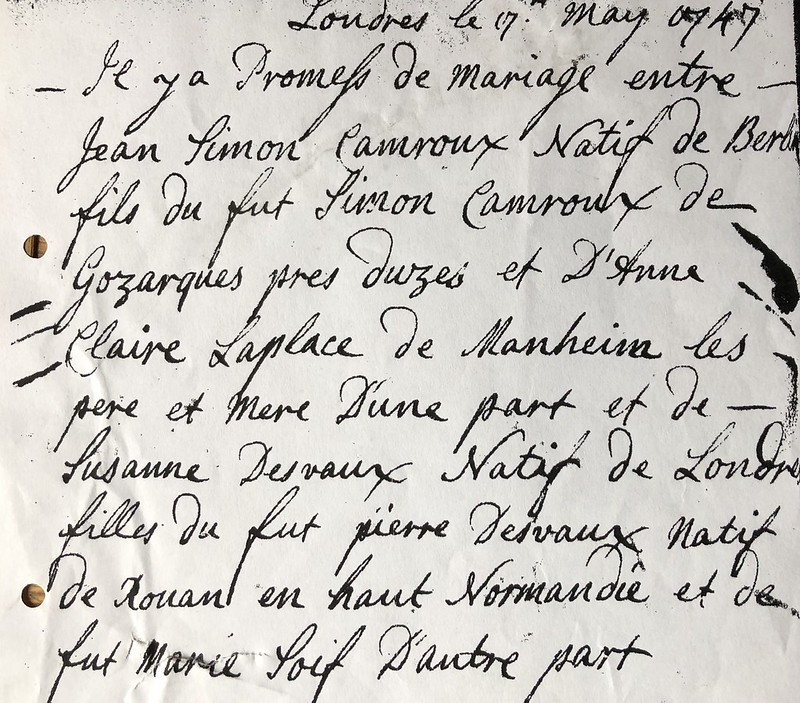 This is a  photo of the marriage certificate between Jean Simon Camroux, native of Berlin,  son of Simon Camroux of Gozarques near Duzes and Anne Claire Laplace of Mannheim, and Susanne Desvaux, native of London, daughter of Pierre Desvaux native of Rouan in Upper Normandy and Marie.

Who? Yes, my great great great great grandfather (I lost count of the greats) got married in the Huguenot church in Threadneedle Street in London on 17th May 1747. His son was Jean Louis Camroux, who seemed to have changed his name to Jean Lewis in the meanwhile as they were now  in London and so the generations of the Camroux settled and spread in England. I found their origins in France in a little village near Montpellier, but they fled like most Huguenots from France, as being protestant in France at the time did not make you very popular. They arrived in Germany and from Germany my ancestor made his way to London.

It was fashion at the time to trace your ancestors, the age of computer had arrived. Every ten years in England there was a census, registering  who lived where and when. Unfortunately the people knocking from door to door in the earlier days were not so gifted with reading and writing, and neither were those that were asked. My grandad was a Lay, but I found his family registered under the name of Day and Say because someone did not write the details in handwriting very well.

My great grandfather Relf on my dad’s side of the family was never registered at birth and so his parents remained a mystery forever. However undaunted, thanks to examining all the records, I had a family tree with 970 members, some of which I have the birth, marriage and death certificates. After 10 years of digging and researching, I gave up eventually, probably out of disappointment realising that I was not a descendent of the British royal family. Do I speak fluent french due to my pedigree, definitely not, I just learnt it in school.

Actually there were a few families in East London, where I grew up, with French sounding names as many Huguenots settled in this part of London. Most were weavers and their houses with the large windows still exist to a certain extent. I even had contact with a branch of my Camroux family in Canada, through my research and now and again spoke to my sixth cousin via computer. One of these days I must get my DNA analysed, who knows what might turn up. 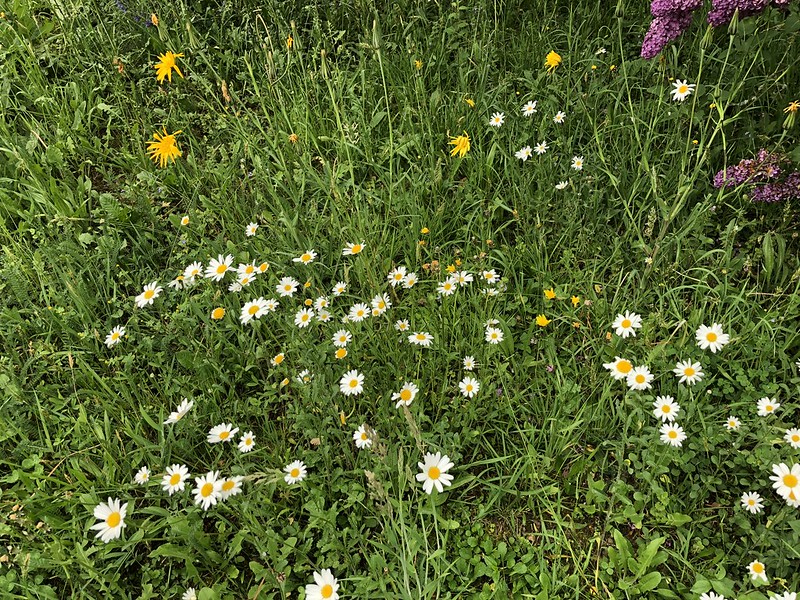 It’s rainy and grey today, so at least our wild flower meadow brightens up the day a little. It is just outside our garden and makes a border between us and the neighbour during the Spring and Summer months. When they finished our estate, the decided to sow wild flower seeds in between. This was a good idea. They attract the insects, many butterflies and bees, and make a wonderful view from our apartment. There is also an advantage that when the meadow is established, it grows itself annually. It is not allowed to be mowed down until June to ensure that the plants have seeded. Next year the meadow grows again from the seeds, ideal recycling by mother nature.

When the plants are finished the farmer gets the remains to dry as hay for the animals next winter. I remember a neighbour we once had that found it would be his duty to mow away the “weeds” growing at the edge of his garden. I managed to intervene before he had cleared the complete meadow. He though he was doing something good. Afterwards all our gardens were bordered by this wonderful meadow, except for his. He just had some remains looking like a miniature Savanna grassland. 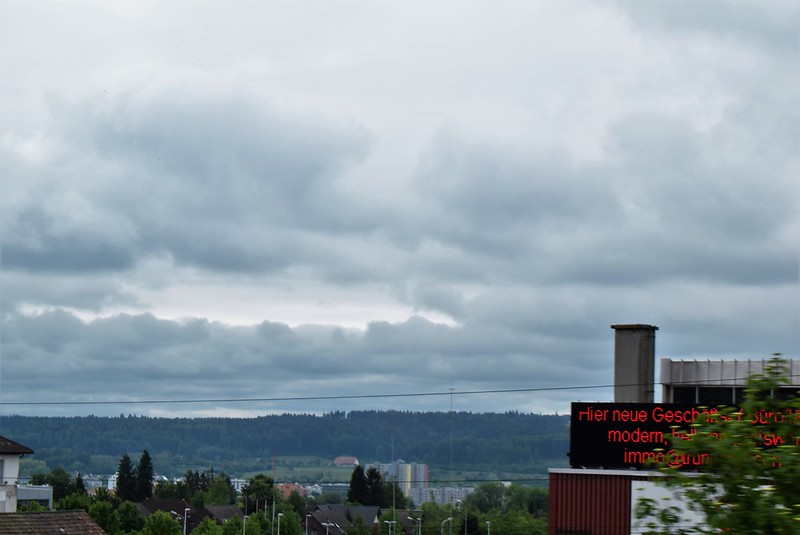 Yesterday we went for our usual shopping trip to the local supermarket, but the weather did not look so good. It was unfriendly, and somewhat cold, but we had clouds. This is the view from the parking at the supermarket. Today there are no clouds, just a heavy grey lid over everything. My cleaning lady has just arrived so I can lead a life of leisure today and let her get on with it.

Yesterday they had a sort of Stephen Hawkins evening on the TV with a film and some documentaries.  I even interrupted my reading to watch. I really think I should read one of his books. I always admired the man. Suffering from an incurable illness myself, it gives you hope that all is not lost. Of course, my MS is not to be compared with Stephen Hawkins ALS, but when you realise that although he could no longer speak, his brain was still operating for many years, after he was only given 2 years to survive. 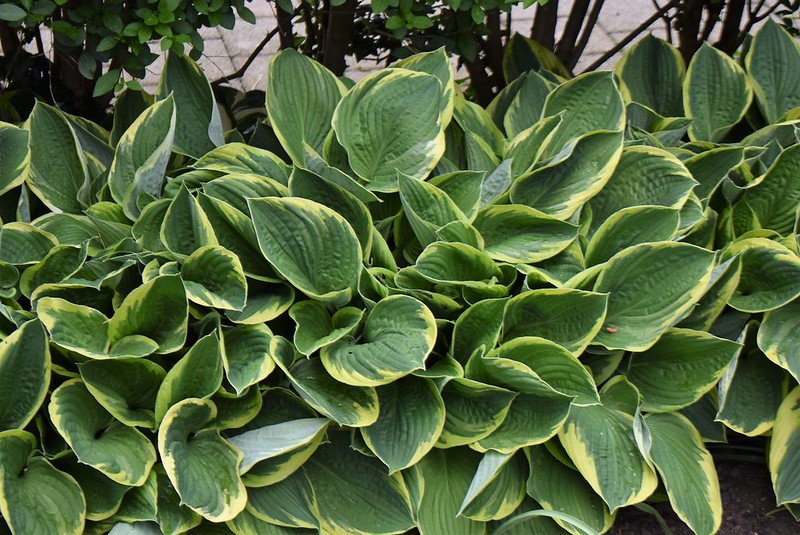 It does not look like I will be going places and seeing things today in this miserable weather. Even my cat has made herself scarce, and spends most of the day sleeping.

It is now pouring with rain and I will now move on, hoping that something exciting might happen today like the sun making an appearance. Make the most of your day, it can only get better. 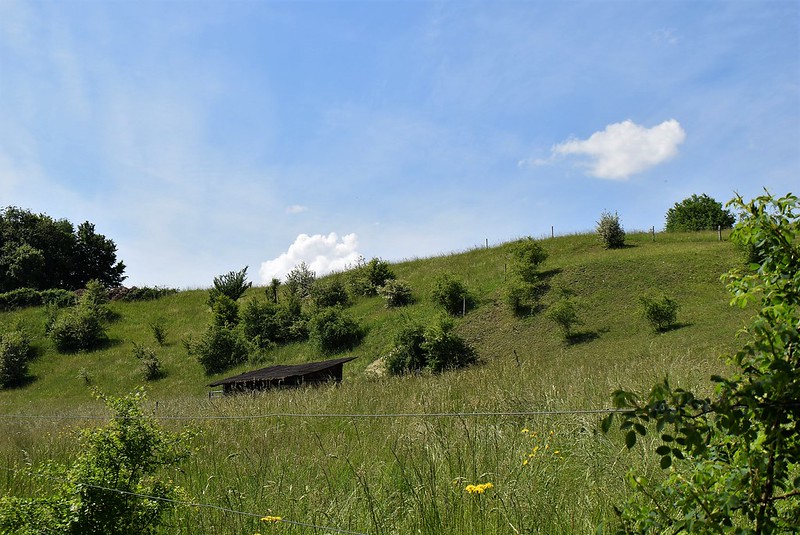