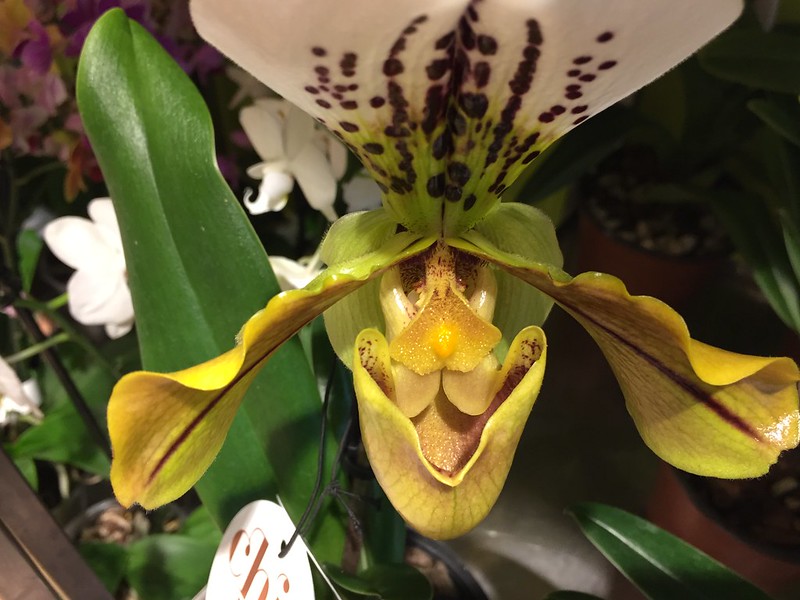 The most mysterious orchid with its fine details. It resembles a huge mouth. 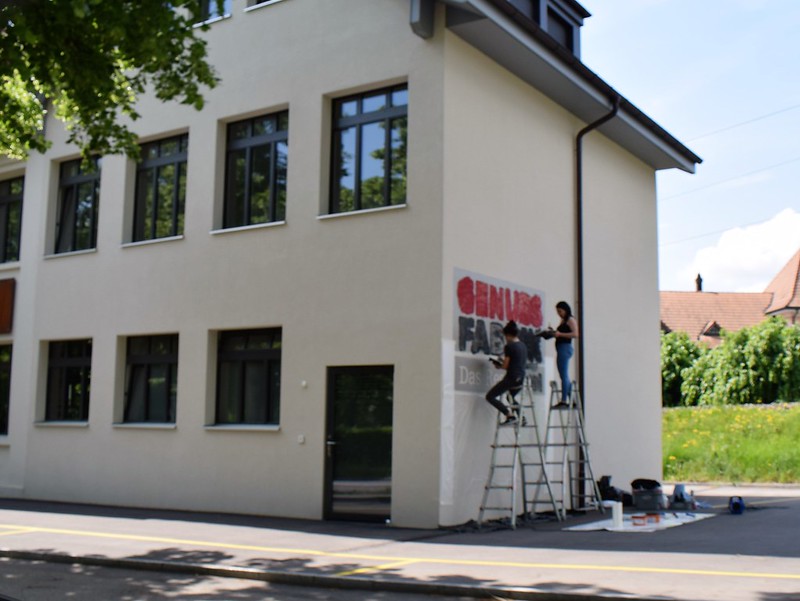 We were driving past and I saw them painting the sign on their ladders. 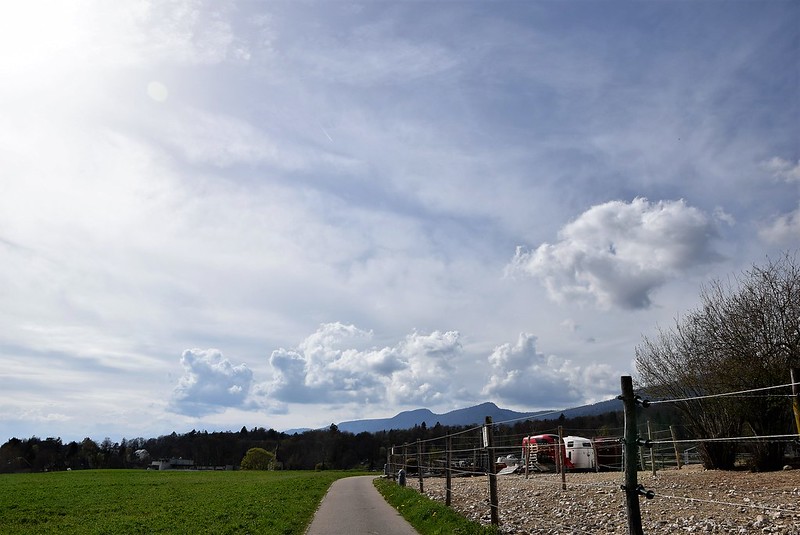 The clouds were gathering 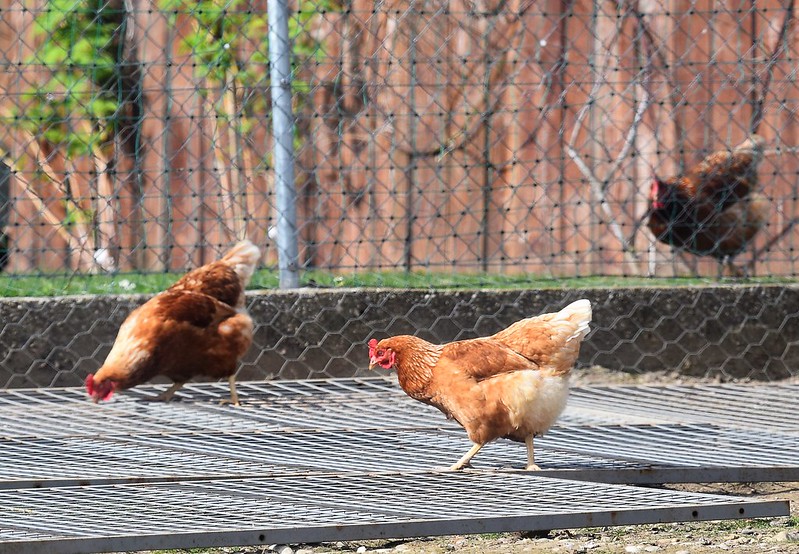 Why did the chicken cross the road – to show which way to go of course. 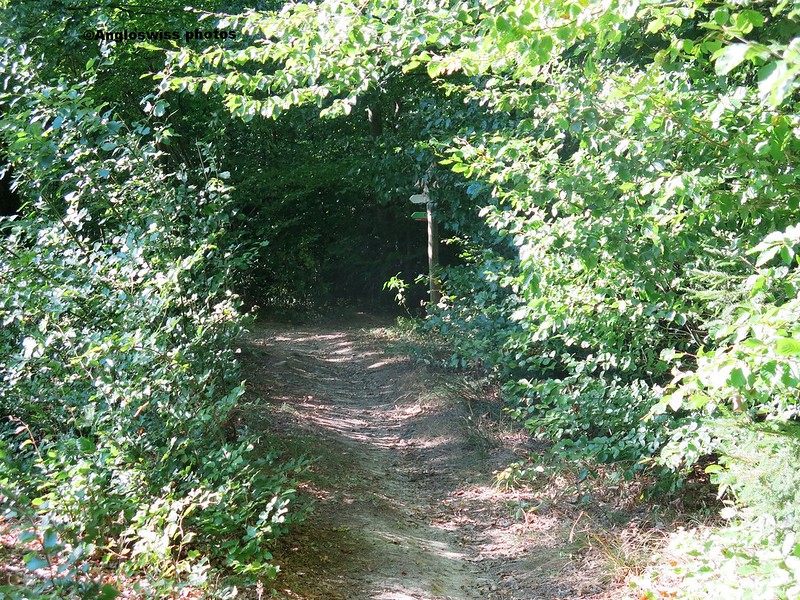 I love them, the forests. I grew up in a place where the forests were composed of bricks and concrete If you looked out of the window, you did not see trees, but the neighbour who might also looking out of the window. We were searching for our trees and greenery in vain. London was not a place for forests, they had been banned to the so called green belt surrounding the 14 million inhabitant town, there was no room for trees, it had all been occupied by people.

And one day a little over 50 years later, I discovered where the trees had gone. They had surrounded my village in Switzerland. The trees were there first and planted their roots to stay. In between the trees they built a village, but that is OK. We can see the trees from our garden. We can take a walk, just a few minutes, and you are in the middle of the forest. There are even signposts pointing the way, in case you might not find your way out of the forest. And sometimes you do not even see the forest due to the trees.

I used to belong to the village first aid society and we would sometimes meet in the local forest in a hut that had been built for the village. It was quite homely inside, with a small kitchen and outside we could b-b-q on an open fire.  All villages have their forest. It was early evening, beginning to get darker and then I saw an animal walk past the hut deeper into the forest. Was it a fox, perhaps something smaller like a ferret, but it walked: a bat was flying around and I heard an owl from somewhere above. I once met a group of deer in our local forest, and saw a fox watching for his next meal. Kill or be killed is the forest motto. And we the humans just kill for the fun of it, because we can buy our food in the local supermarket.

Humans look after your forest, it is where we came from at the beginning and we might want to go back one day when everything else perishes. 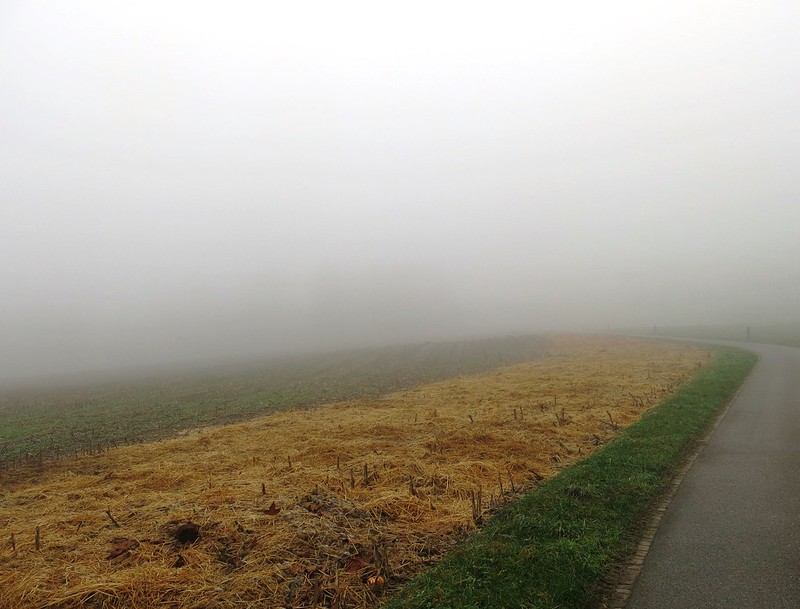 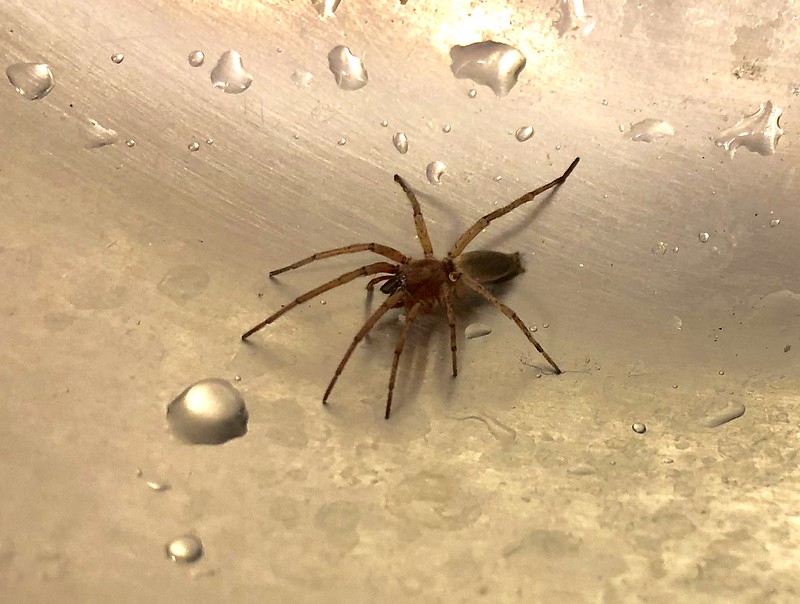 I stop hugging the bed, pull up the blinds and hobble to the kitchen for my first chore of the day, which means water in a glass for my morning diabetes tablet and suddenly I see something moving in the sink at the bottom. Some would scream, some would run. I cannot run with a stick and no-one would hear me if I screamed or probably think I was having one of those female hysterical moments, so I did the best thing possible. I grabbed my telephone camera and took a photo. I had to put the light on, that is why everything has a golden glaze, otherwise it is more metal coloured.

And there was Fred, walking around in the sink searching for a way out. They are all called Fred as the Latin names can get complicated. This was a common garden spider. Not only are the spring flowers arriving, but also the insects. I saw my first snail, complete with shell in the garden yesterday. It had been raining, and a rain worm was burying itself in earth after I uncovered it: nature is awakening. What to do with Fred? I took my courage in my hands, and armed with a paper tissue gently picked up Fred and put him outside. He seemed a little bewildered, but I am sure he was a happy spider. I was proud that I had done my first good deed of the day and saved a life. Fred paused and discovered a gap in the paving stones on the porch and that was the last I saw of him. I am sure he will have a happy summer, spinning a net, making food packages of dead flies, and eventually caring for his egg ball containing many hundreds of Freds, although Fred is probably a Frederica. 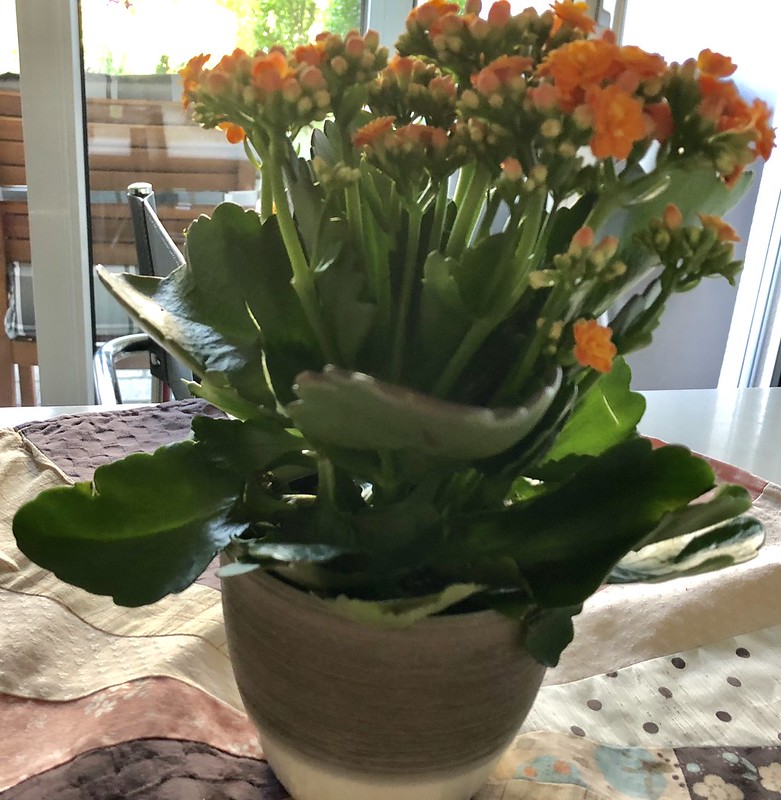 I decided to treat myself to a new plant for the kitchen table yesterday. Kalanchoe are the best. They are reasonable in price and just keep growing and flowering. The last I bought is now four months old, a white one and is still producing a flower now and again. The stalks have grown longer. I once made a mistake and repotted one and it promptly gave up. Just once a week, or even longer, bathe the pot in water and give a little fertiliser and it is happy. 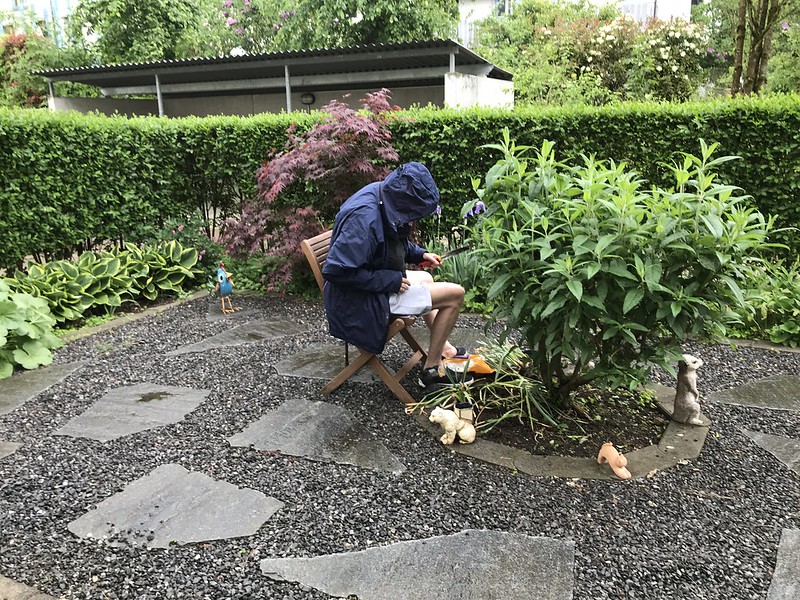 Otherwise I was busy planting my dead daffodils in the flower bed yesterday, in the rain, The advantage was that the ground was softer and I could dig them in. Someone took a few photos, but I did write about this yesteday. It was such a triumph I decided to bring it again. It was a small step for the daffodils but a big one for me, as I was thinking about this action for some time, trying to work out how to do it. Standing did not come into the question and nor bending, but a chair did the trick, although I must admit I was glad when the job was done, especially as the photographer was making me nervous.

And today we again have Friday, reserved for the week-end shopping. My plan is made and now we have to venture into the supermarket to buy it all. After a quick tour in the apartment with the vacuum cleaner and mop I will be ready to brave the day. Mr. Swiss is also making logistical plans. After my successful planting experience yesterday, I have decided to buy a sage plant today for the garden. I now know no borders to my abilities.

I will leave you with a peony from my garden and remember, you can do it, whatever it is, Enjoy the day. 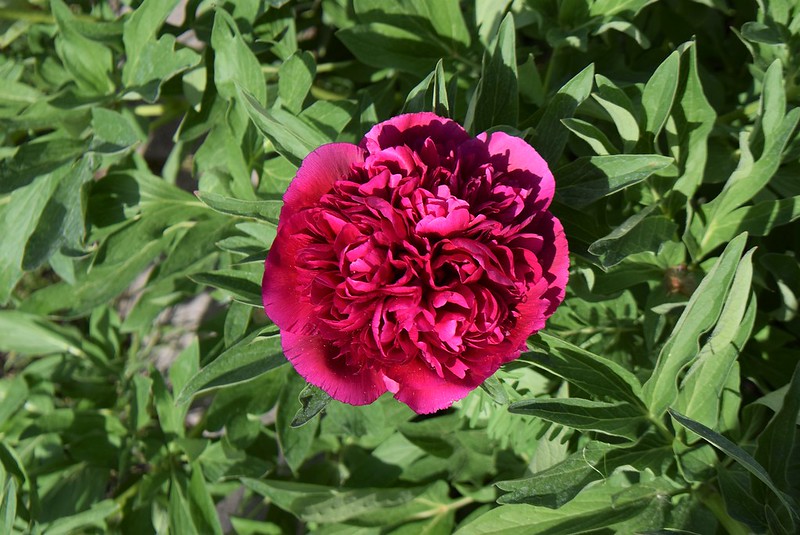