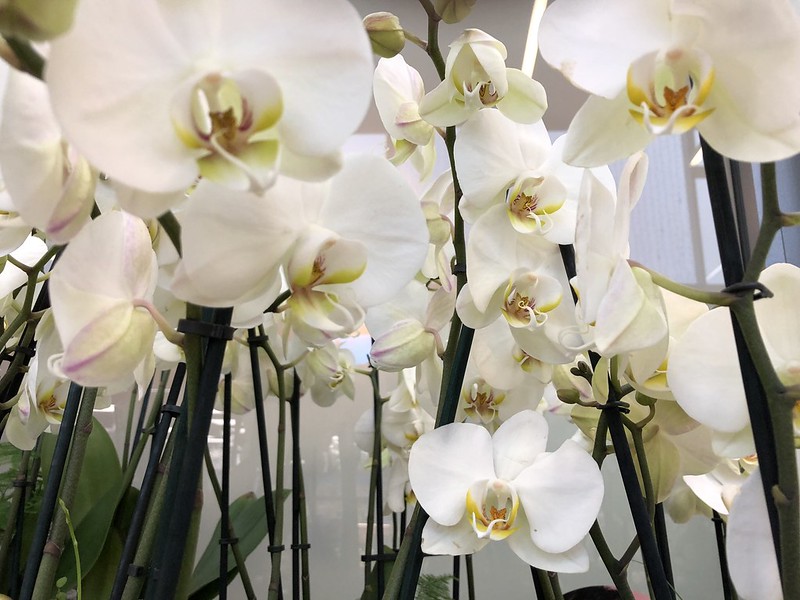 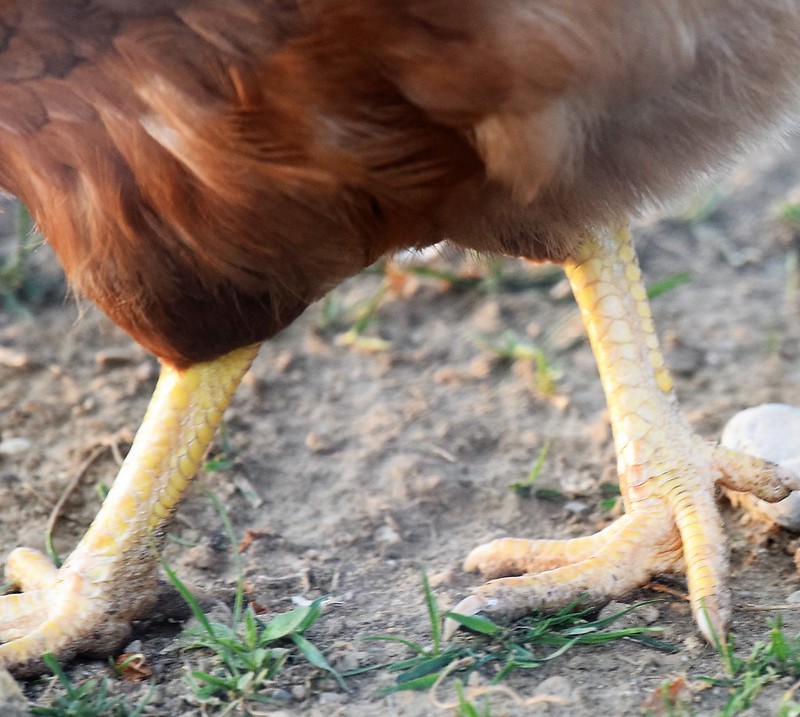 The chicken was crossing the road, one foot after the other. 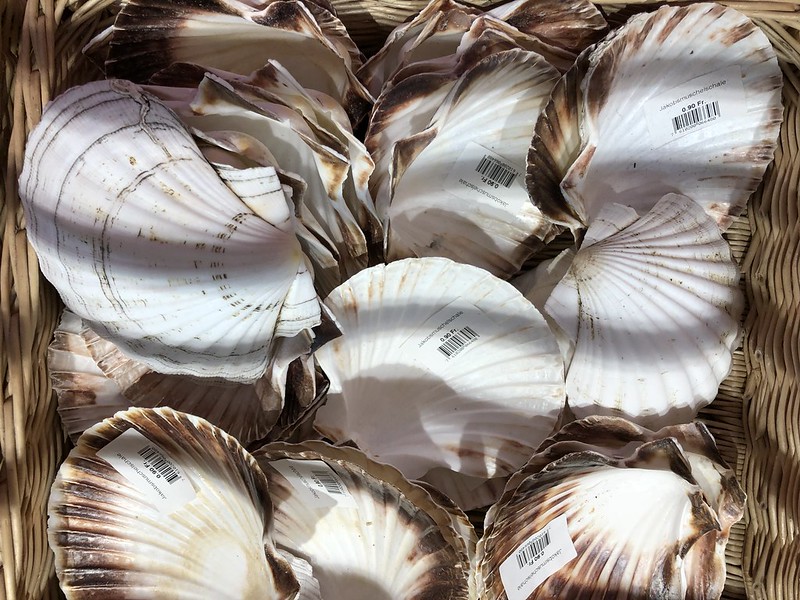 I suppose as Switzerland has no ocean, they import the shells and sell them in the supermarket. 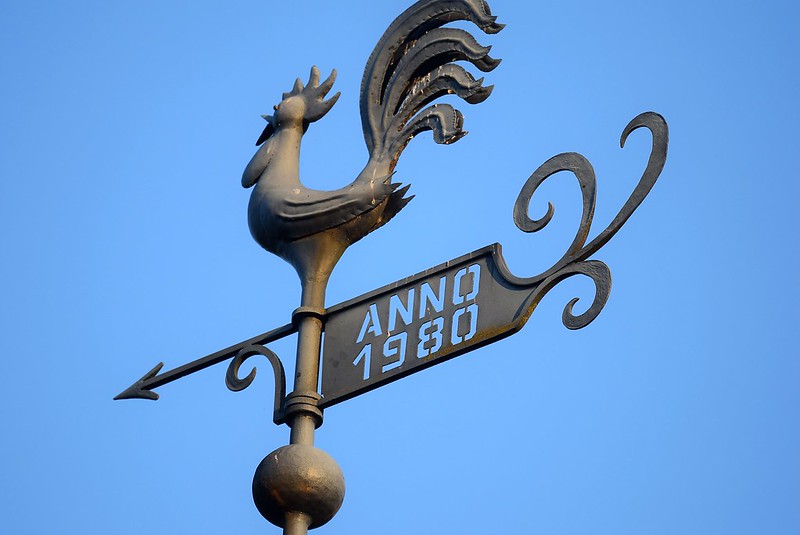 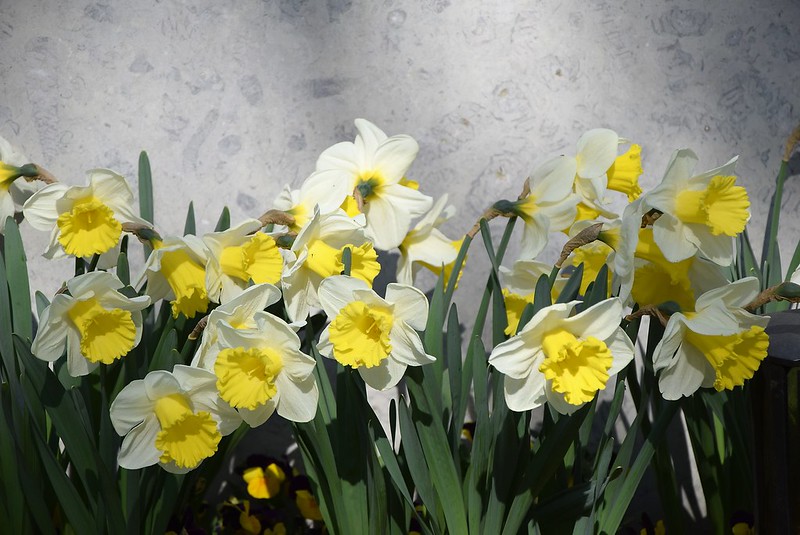 Narcissism: no, I do not think that I feel inclined to write all about I, me and myself on a 3-400 word blog. I do not even think that I would find so many words to write about myself. The only good photos I have of narcissus, or daffodils, are from the local cemetery. There was some good looking guy in Greece that saw his reflection in the water a few centuries ago and just could not stop looking.

My mirror is in the bathroom and I need it to see if I can show myself outdoors, like combing my hair or having things growing on your face that you really do not need – not going into details.  I did notice how my hair was turning grey through looking in the mirror. I also have a full length mirror, but I cannot avoid it as it is next to the door when I leave the apartment.

So it seems that Narcissus no longer wanted to live, he just could not leave his reflection and stared at himself until he died. I once had a budgerigar when I was a kid. He had a mirror in his cage, would grip it with a claw to hold it still and would talk to himself for hours pecking at the mirror with his beak. I think he was under the impression that it was another budgerigar looking at him from the mirrorand he got a bit frustrated when he never got an answer.  I gave up talking to my reflection years ago, it never answered to tell me when I asked “Mirror, mirror on the wall, who is the most beautiful of us all”, probably because my reflection had to think about it first. 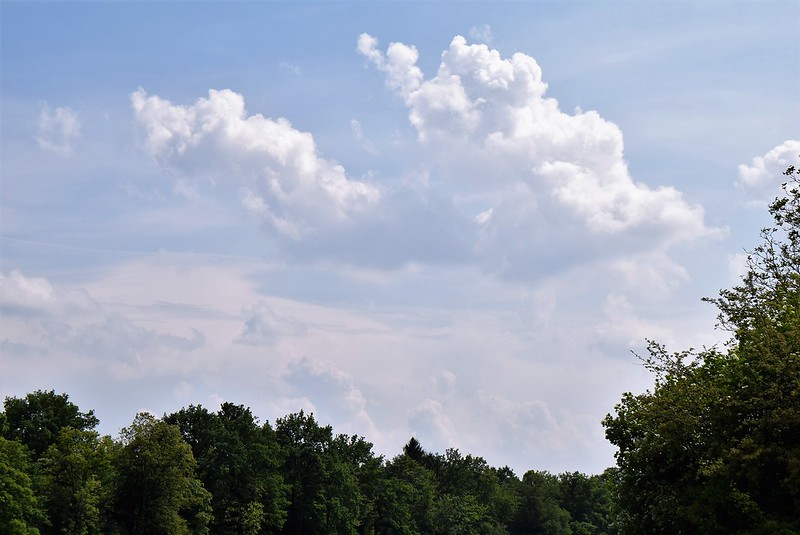 I wish I could say that this was today’s sky, but it is yesterday afternoon when the sun was shining and it was warmer. The clouds were already gathering and on my way home from my wheelie in my chair I had to go into second gear to get home in time before the rains came, and they did. I suppose there is always a bright side, as we did not have to water the garden. Our lawn seems to have recovered from the builder’ battle with nature and with the exception of two or three small bare patches, it can only get better. 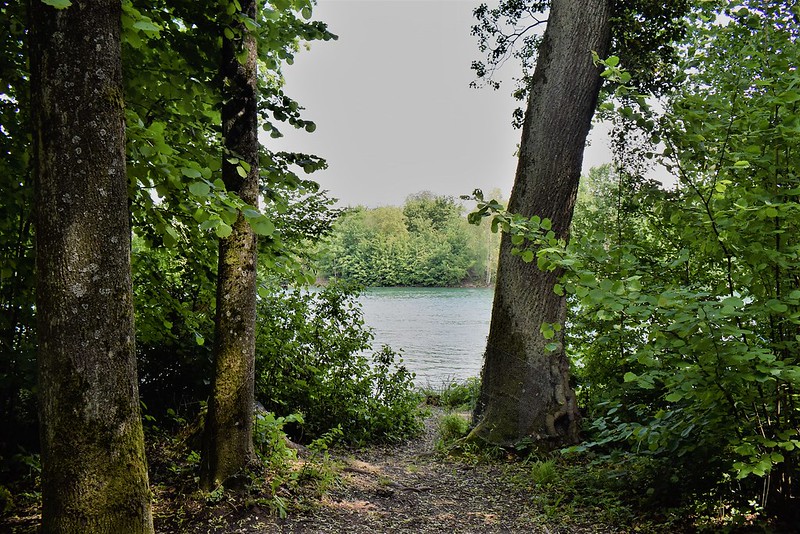 I was determined to get out yesterday afternoon come what may. I had been cooped up at home for a week due to rain and storm  I also had things I wanted to do at home, or had to do at home.

I set off with absolute no target in mind of where to go. I decided along the river bank would be a good idea with the possibility of perhaps getting into town. It is a straight drive on a bumpy stony path, but for a wheelchair profi like myself, no big problem. The problem is I stop on the way to take a few photos. 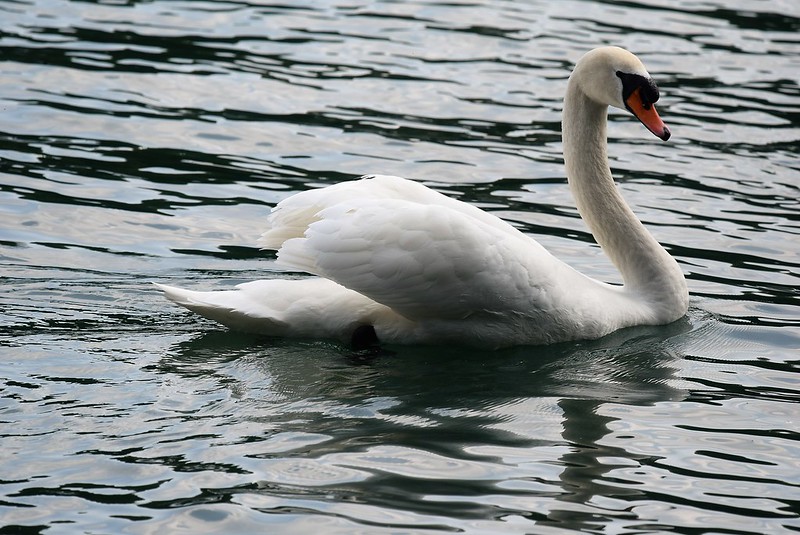 And if you happen to see one or two swans on the way, you change your camera lens to zoom and get a close up, hoping that the swan stays on your side of the river. I noticed the sound of rifle shots on my way. Saturday afternoon seems to be the chosen time for rifle practice. It is an obligation for Swiss soldiers to do their annual rifle practice, as otherwise they only get to use their rifles when they are in their 3 weeks a year service.

I wheeled on and eventually saw the cathedral towers of Solothurn. 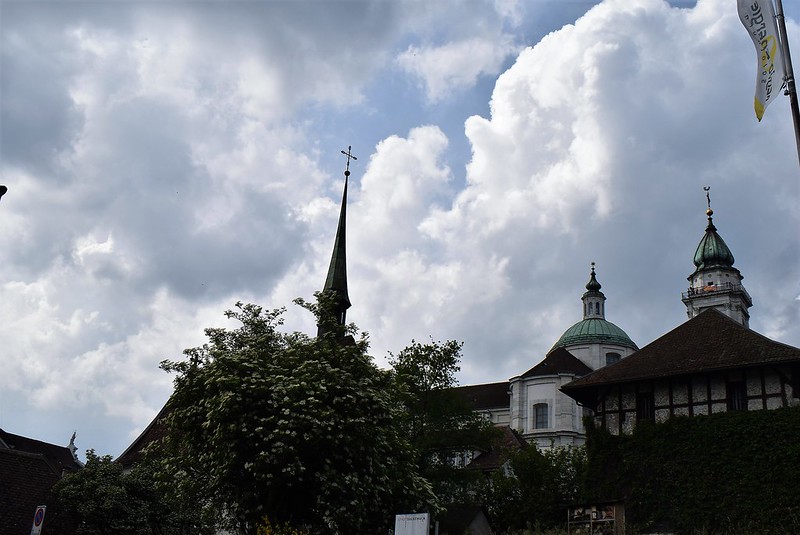 This was the farthest I had been up to now towards our town. I was now at a point to decide whether to actually go into town or not, but slowly the weather was changing. Our town has cobblestones everywhere. There are only a few roads with traffic permitted, although a wheelchair as the same rights as a pedestrian. I tried a patch of cobblestones, decided it was not really my thing as a bit bumpy and turn round towards home.

I decided to postpone my adventure to another day. I have a target in mind, our so-called bicycle bridge, which would be ideal to cross. My experience with wheelchair travel has shown me that the local authorities could perhaps be a little more thoughtful when planning their roads, but I am a minority and making my first experiences. They renewed the road crossing to the castle where I live, but I prefer to go the long way round as the alternative road crossing is not such a steep up and down shaking all the bones in the body. 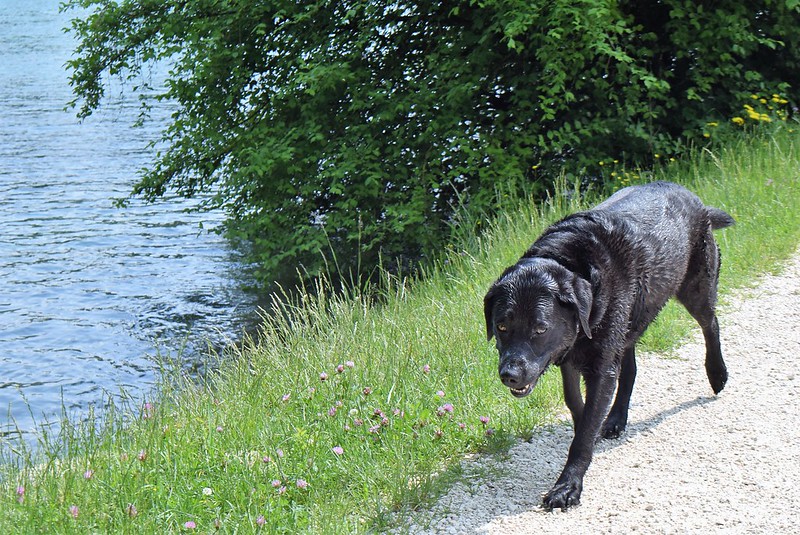 The dogs were also on their way. I was not sure if this one was friendly or not. Perhaps it was just annoyed that it was forced to go walkies with its human and take a bath in the river. Was this the Hound of the Baskervilles? Its eyes were a little bloodshot I realised, or perhaps it was the breed vampire dog. I also wheeled past a pair of hippies which I thought no longer really existed. They had dreadlock hairstyles and were walking barefoot on the stones and rubble of the path. I did not trust myself to take a photo, some people can be very fussy. They also had a dog with them.

As I was on the home run I got a phone call on my mobile phone from a worried Mr. Swiss who had been hearing thunder and seeing black clouds forming. I could reassure him that I was only around the corner and would soon be ringing the doorbell.

And that was my afternoon adventure, arriving home safe and well and ready for the next one. 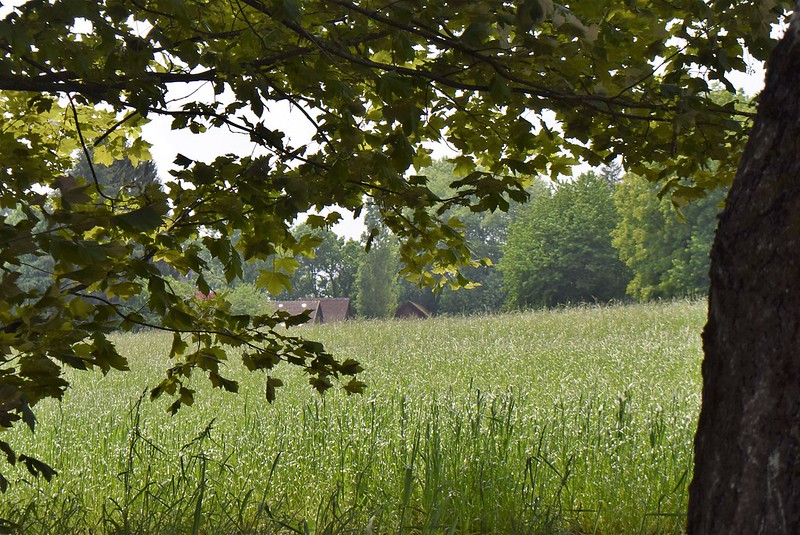