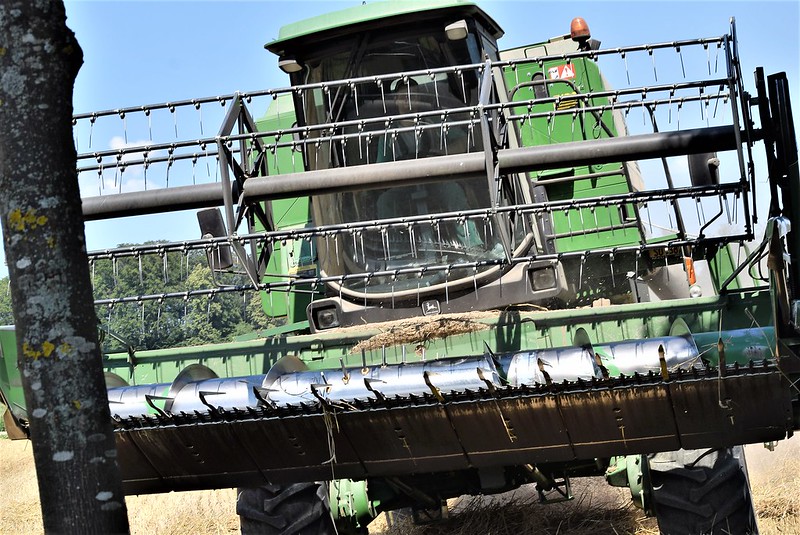 If you see one of these coming, then I think the best idea is to run 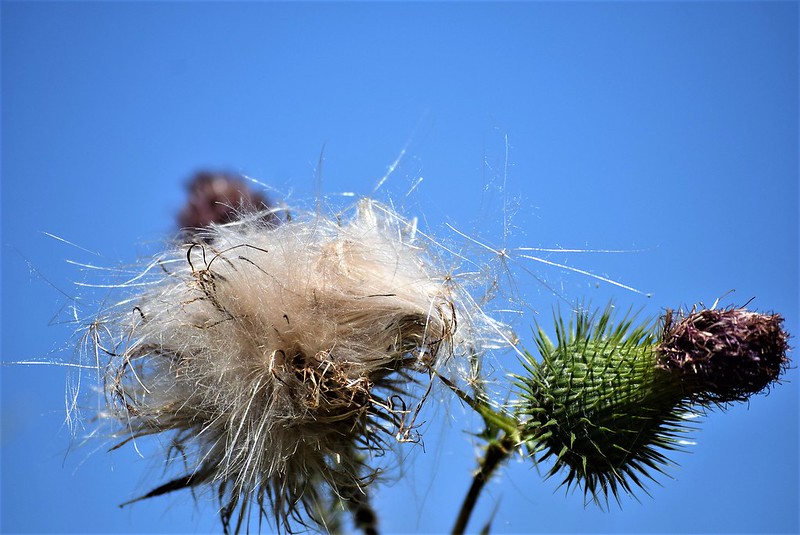 Even thistle heads can have their charm 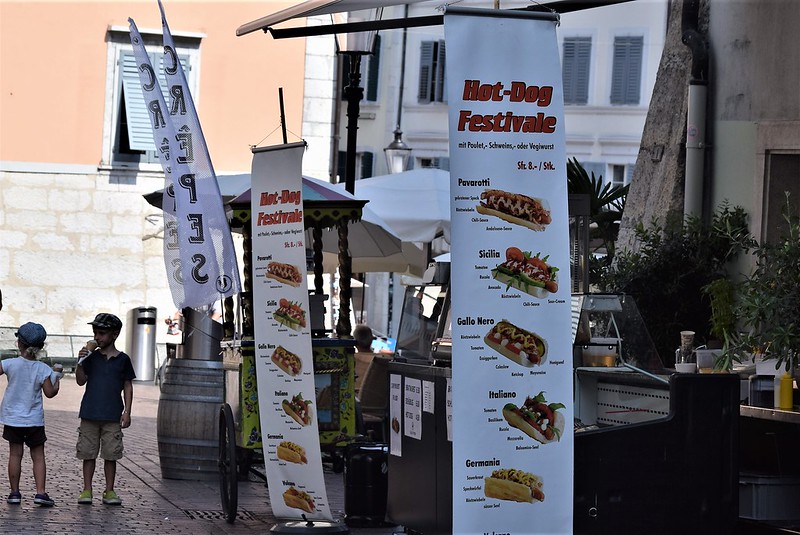 I think this one is self explanatory 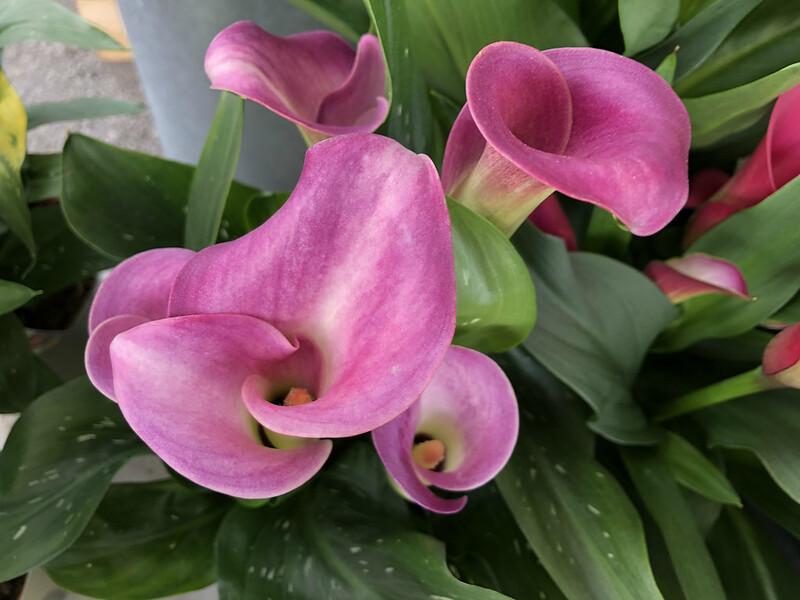 They seem to be developing all sorts of colours for the calla flowers. 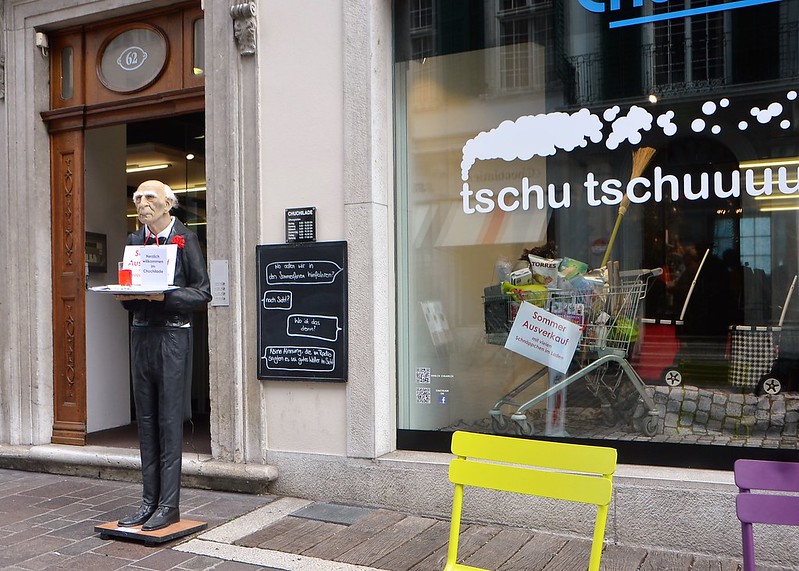 Reticent was his middle name, there was no need to speak
He stood day in, day out at the store, some said he was a freak
Is he real, or is he not, was the question people would pose
But Reticent ignored them all, not even wrinkling his nose
Why was he there, what did he want, he was working for the shop
Standing there, he was not deaf, and voices he would eavesdrop
His tray was always being held with a card telling people to enter
But no-one dared to pass him by, because he was standing in the center
And then one day it began to rain, and he then got very wet
Someone wiped him dry with a cloth and they noticed he did not sweat
It was also obvious he did not breathe, and he never went to bed
So they left him there to do his job, but no-one thought he was dead
People come and people go, the business was closing soon
Reticent did not know this fact, to noise he was now immune
Everything was sold even Reticent, and now he was smelling miff
His arms and legs could not be moved, Reticent was now a stiff
The garbage men threw him into the dump, they were sure he was a goon
But strange noises were heard in the empty shop when it became full moon 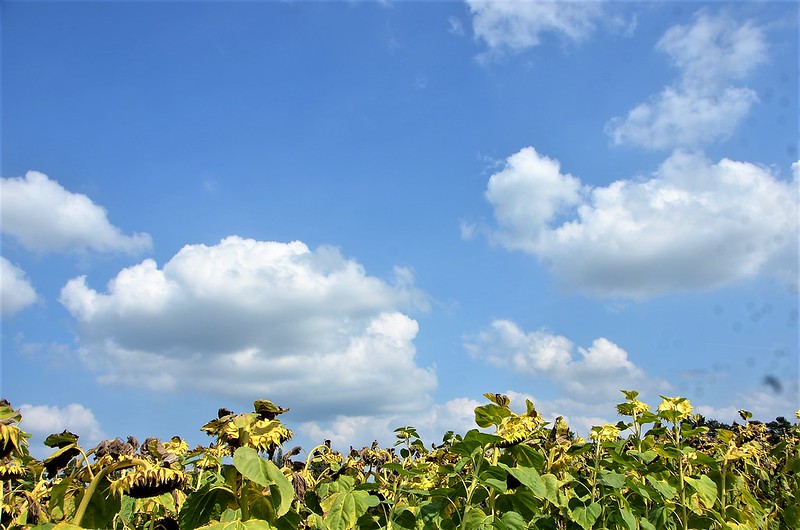 Yesterday was a great day. I got my usual chores done in the morning, cooked a bit of lunch, had an after dinner rest, hugging the bed and afterwards was ready to go. It was no longer heat wave weather, just a pleasant 25°C outside and a breeze. Now and again the sun appeared through the clouds.

At last I had a chance to revive my Nikon 7000 camera again. It is heavy and big and I bought a Nikon 3000 which was smaller later, as the 7000 was just too heavy to carry for me. When I progressed to a wheelchair for walks I continued using the 3000 but last week I decided to try the 7000 again. I no longer have to carry it as I sit in the chair. I tested the various lens I had and yesterday I at last had a chance to see what it could do. It was almost like trying a new camera and it was fun. The lens were also bigger and better and the automatic focus functioned wonderfully. I am not a photography expert and with a few exceptions, usually do the automatic focus. It is enough for my little shooting exercises, and I am a Nikon fan.

I aimed for the sunflower fields, although they are now showing signs of age, and only the seed heads are left, which is the purpose of them, for the oil production. 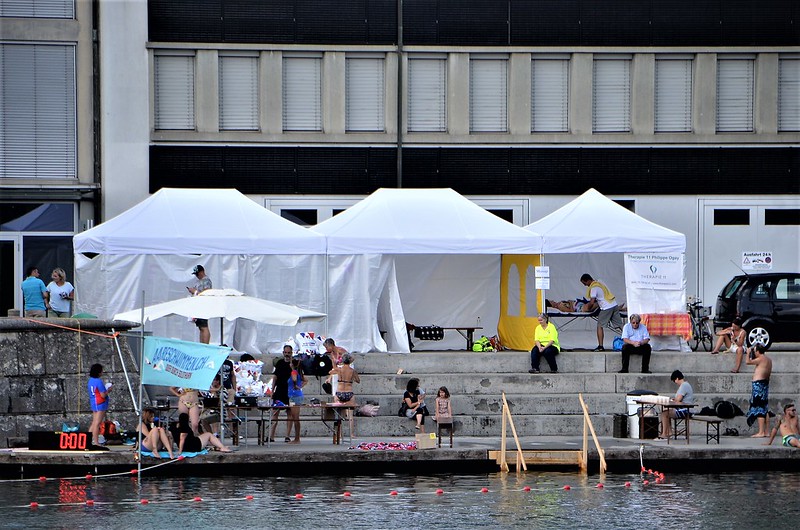 I noticed that there was some sort of event on the local River Aare. They were having the Aare Swimming. A course was organised on the river and various contestants could swim a certain route as a competition. They had even organised a tent for the purpose on the river bank and prizes were being offered for the quickest. 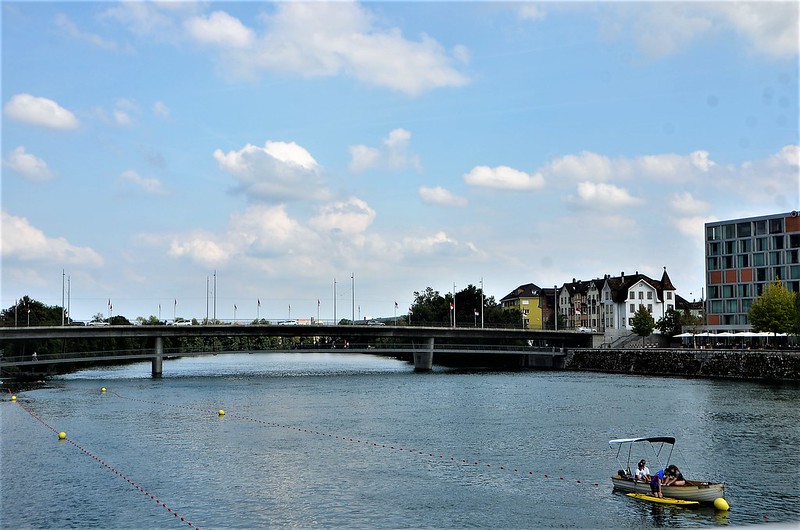 Here you can see the boat patrolling on the river keeping an eye on things. The bridge you can see is fairly new and replaced the older one which was no longer so safe for the traffic. It is very well constructed with the footpath on the lower level which is easy to navigate with the wheelchair. On the right bank  you can see a hotel, the Ramada, and opposite is an old apartment block where we lived for almost 20 years, so we were right in the middle of Solothurn with river view. 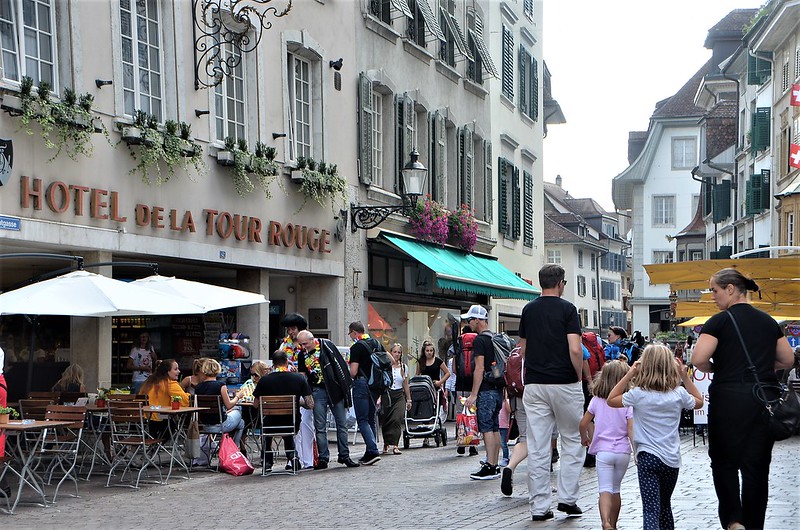 I was clicking away everywhere and this time took a photo of one of our busy old town streets where people like to sit outside at the street cafés or just take a walk to see and be seen. I remember when I had a mini family and we would often take a walk in the town together. 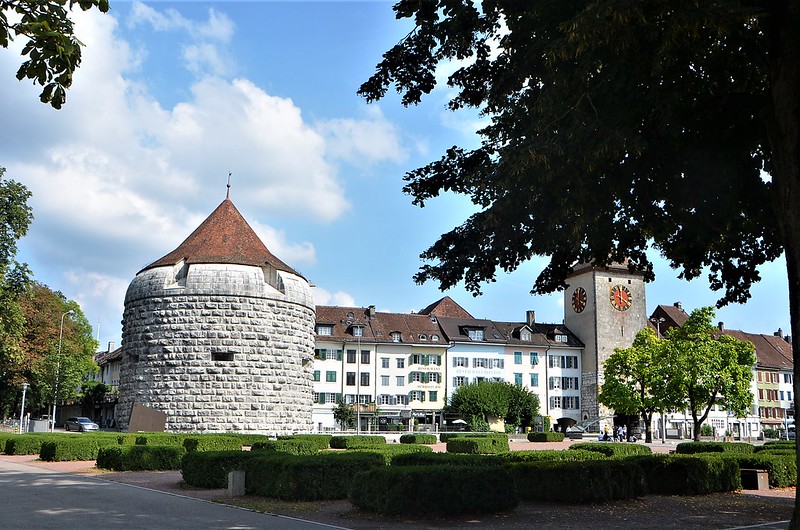 I approached the town and got a view of the so-called Westringstrasse which is the edge of town. On the left is the so-called Mutti Tower which is well known for its tribe of Swifts that nest in the tower. They have even filmed them for the TV, although you do not see them so much as they are more hidden in the tower. On the right is the so-called Bieltor which is the entrance to the town on the West side named after the town of Biel which is about half an hour road in the West direction. The houses in between are very old, and have shops on the ground floor: one of them is my hairdresser, although I think there are about 2-3 hairdressers on this street. 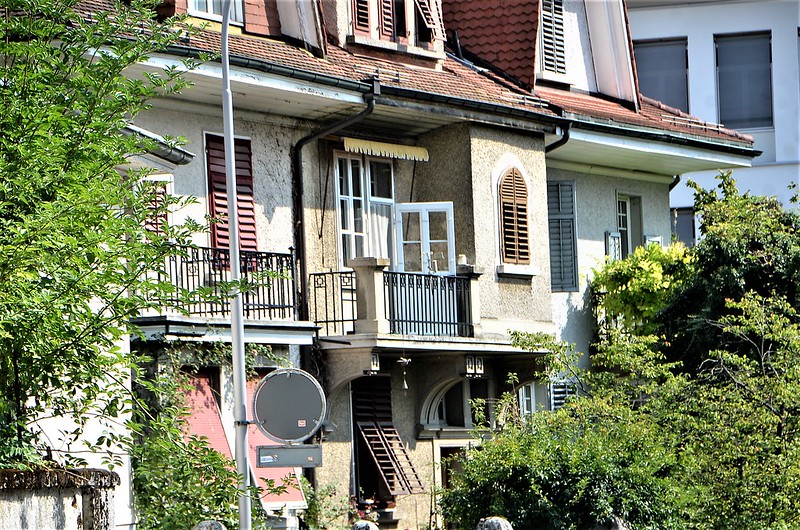 I took many photos, some of the old houses which are always being renovated and modernised. I love the quaint old window styles with the shutters. When I arrived home I had more than 100 photos on the camera, so it was a worthwhile journey. As the evening meal was only a pizza from the oven, I did not have to rush. 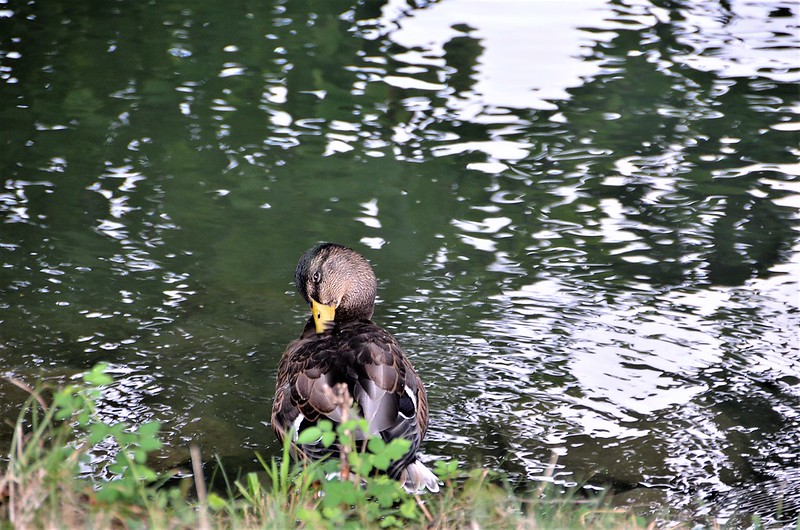 I travelled home via the river bank which leads direct to my village and I only have to wheel up the path to arrive home. There are always a few ducks around posing for photos. I have no idea what sort this is, but this year I noticed a lot of new ducks that I did not recognise.

And that’s that. If the weather stays OK, I will be out an about again this afternoon. At the moment it is looking good. Enjoy the Sunday, day of rest and all that. As a golden retired oldie, I have rest every day, but somehow Sunday still as the impression of being stressless and no rush. I have a little bit of ironing this morning, but afternoon is “me” time.