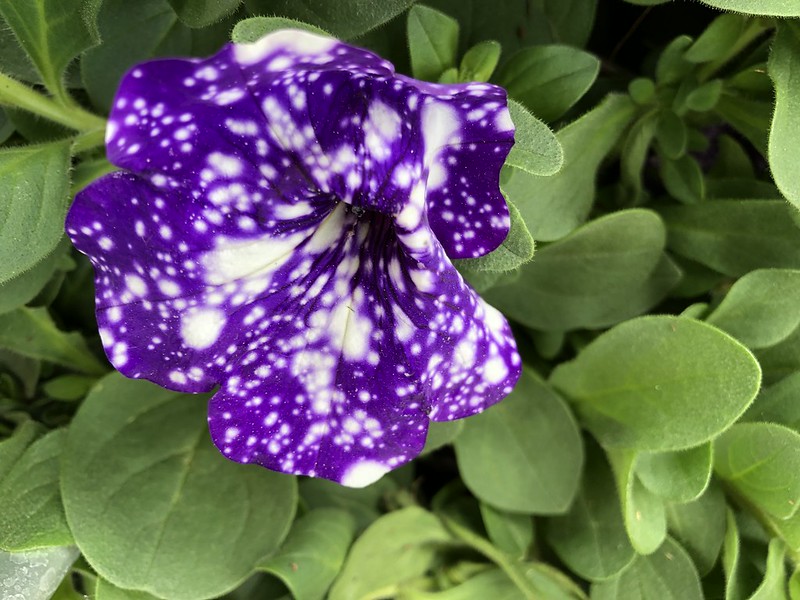 Something completely different, so I knew I must take a photo for my collection and share it. I wonder how they develop those strange crossbreeds. 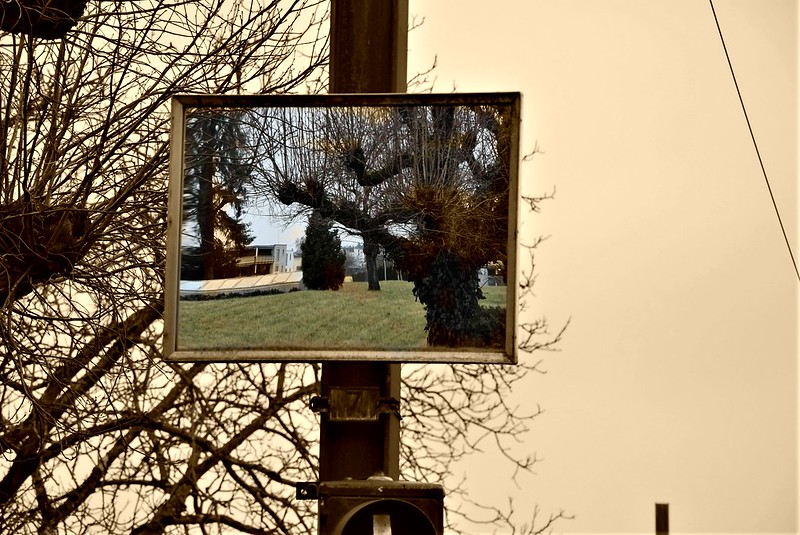 Sepia and a road mirror 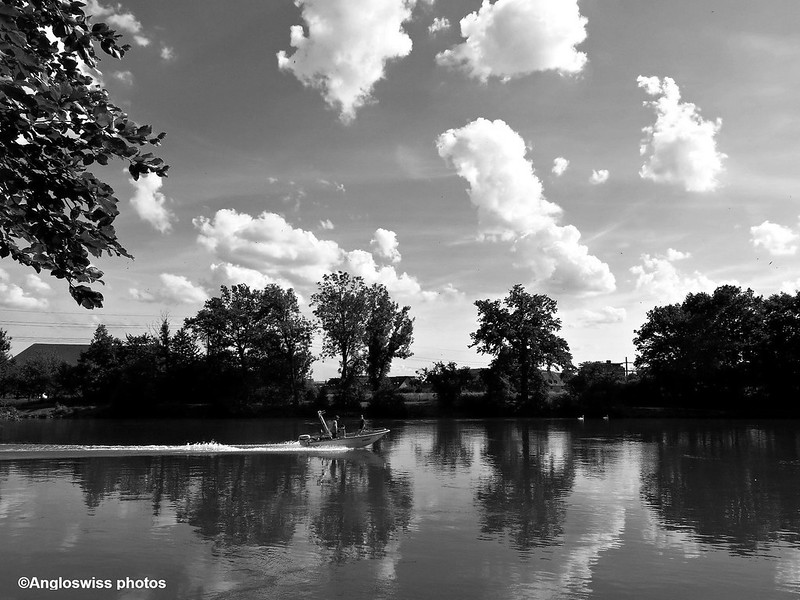 Across the local River Aare 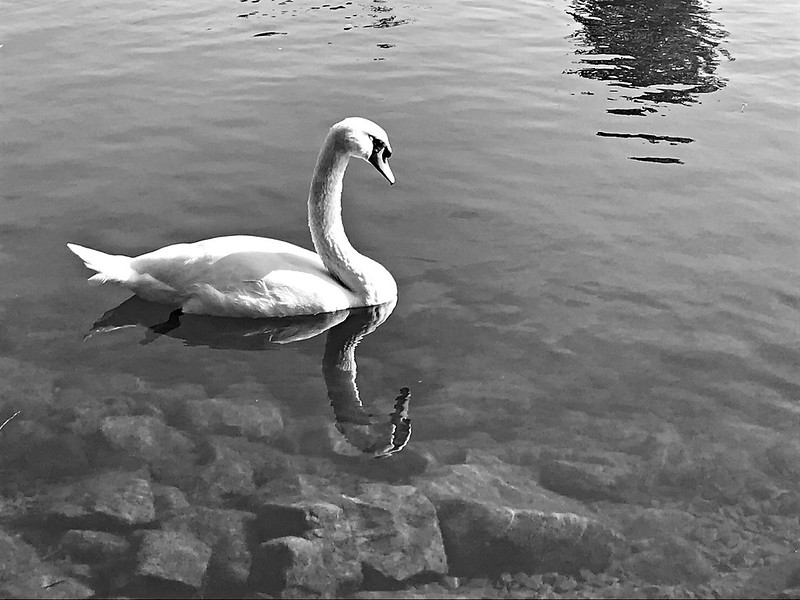 A swan on the local River Aare 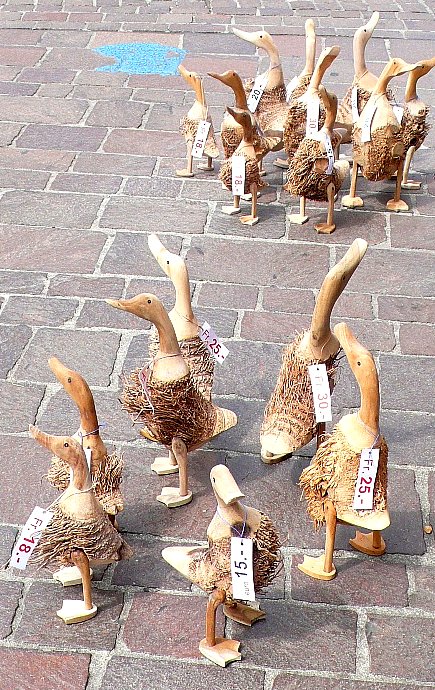 How much does a duck cost
A big one thirty, a small one half the price
They do not have real feathers
Now that would be very nice

But these are only wooden ducks
You get them in a sale
They do not quack,  do not lay eggs
They are smaller than a whale. 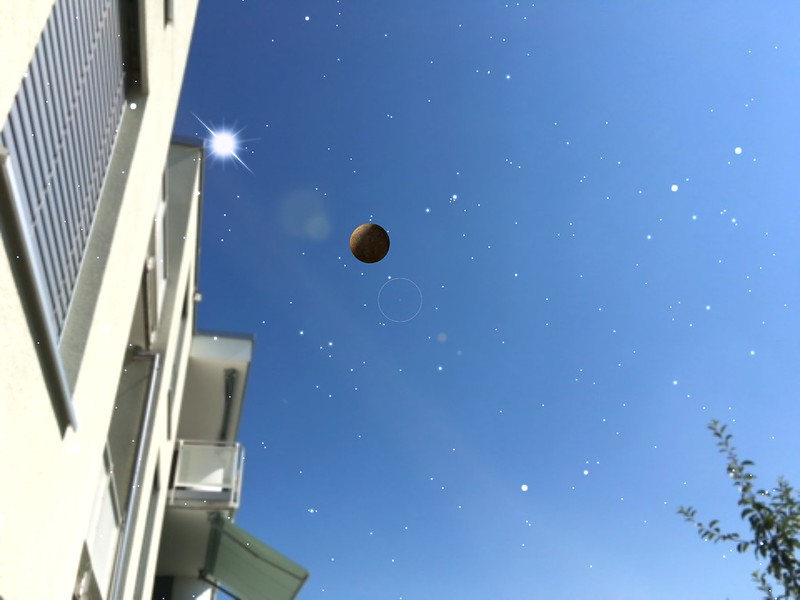 It is afternoon, just after three,
We are not alone
You cannot see them,  they are hiding
But across the heavens they will roam

The sun shines on everything, there are no clouds
See its neighbour, a large brown ball
They call it Mercury nearest to the sun
At night you might see it,  it won’t fall

The little white dots spread out in between
might be stars, if not rocket rests
Now and again a rocket flies past
They become celestial pests

They are American, they are Russian, others Brits
The satellites encircle with force
Are they peaceful, are they weapons
Who knows, they just follow their course 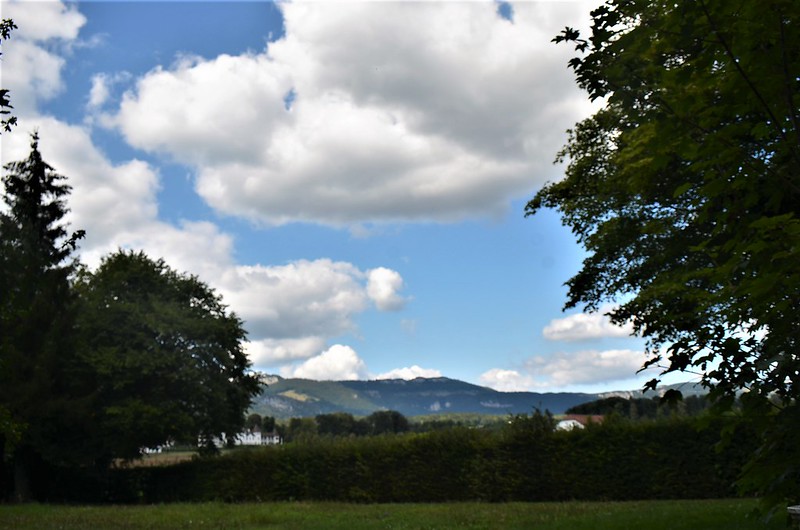 Let’s begin with a cloud photo hovering over our Jura mountains yesterday afternoon that I took on a walk. Even the local castle is peeping though on the left, the white building. I just love cloudy skies, makes the photos interesting. Today we have just blue skies with a sun, although with 15°C at the moment it is pleasant to sit outside on the porch.

At the moment I am on my ow, except for the cat who was just complaining for some fresher water outside. Mr. Swiss usually looks after that side of things in the morning, but he had to stop hugging the bed earlier this morning to bring our car to the local garage doctor for its annual service. The garage used to be around the corner, but they moved to the industrial area. That means after leaving his car in the garage until this afternoon, he has to find the way back by bus and local train which is a little tedious getting the right connections. It also means that the morning routine is a little different and  I will be making the beds. It is usually his task. However, golden oldies do not have to do anything, we just pass the time. 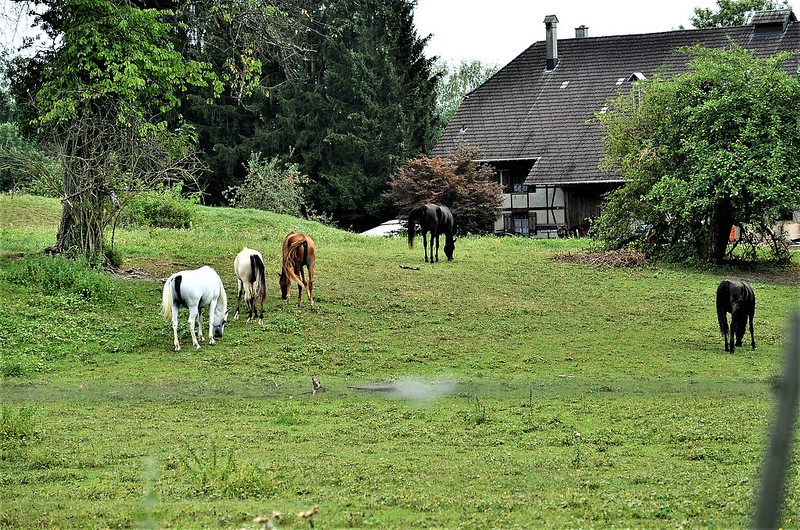 Yesterday I went for a wheelie in my chair locally. It was a holiday for Asumption so I decided to just go for a quick breath of fresh air through the graveyard on the way to the castle surroundings. I noticed one of the horse farms had put all their horses out to graze as I wheeled past. Actually I was trying out my older Nikon camera 7000 which I hadn’t used for some time as it is heavier than my Nikon 3000. I used to have to carry the camera, but since sitting in a wheelchair it is not such a burden.  The 7000 camera would be the better quality than the 3000 although I do not notice a big difference. I have to get used to the mechanics again. I had quite a few blurred photos at the beginning, but that was the lens that did not seem to match the mechanics. I love trying something different. 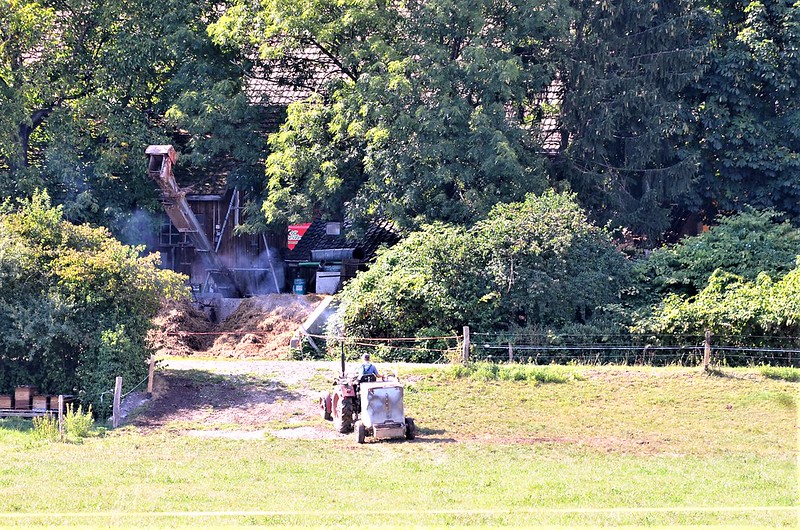 I noticed one of the local famers was busy with the tractor. They seems to be collecting the hay for the cow Winter food. I really get an insight into farm life living out in the sticks.

I told Mr. Swiss that it would be just an hour’s wheelie, but it turned into a little more, but I blamed it on using a different camera. I seemed to be alone on my tour. There were just a few cyclists that crossed my path on the way. 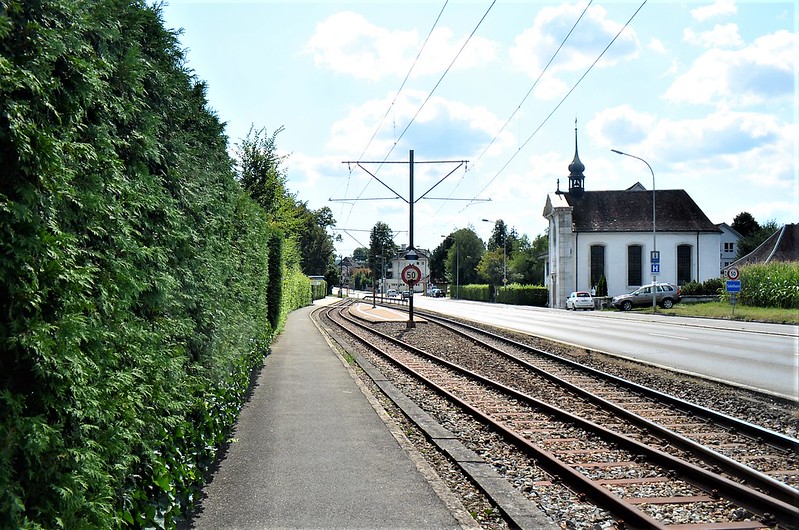 Even the local train had Sunday services, one train an hour in each direction. I spent the evening sorting my photos I had more than 100 on the camera, but most of them were not very good, being more blurred than anything else. Today is another day of rest at home. We have enough food, although I called Mr. Swiss on his mobile to bring some butter, as supplies are low. He said he might make an apple flan today with the apples we have gathered from the ground around the tree. I will probably cook the rest as they are a little sour and hard.

And now I have things to do whilst Mr. Swiss is away. Poor man really had to get up early this morning, but even a car has to have its care once a year.

Enjoy the day, have fun, and think of your computers. They also want to have fun. 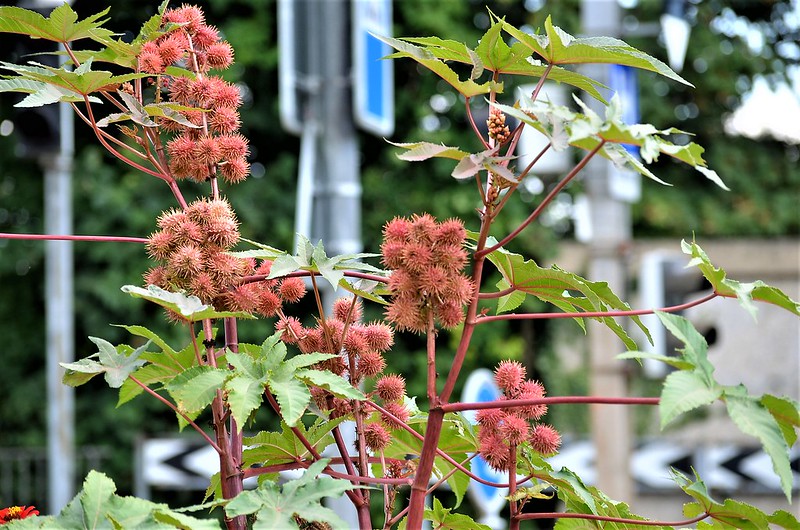 This seems to be a caster oil seed plant growing in one of our local flower beds.