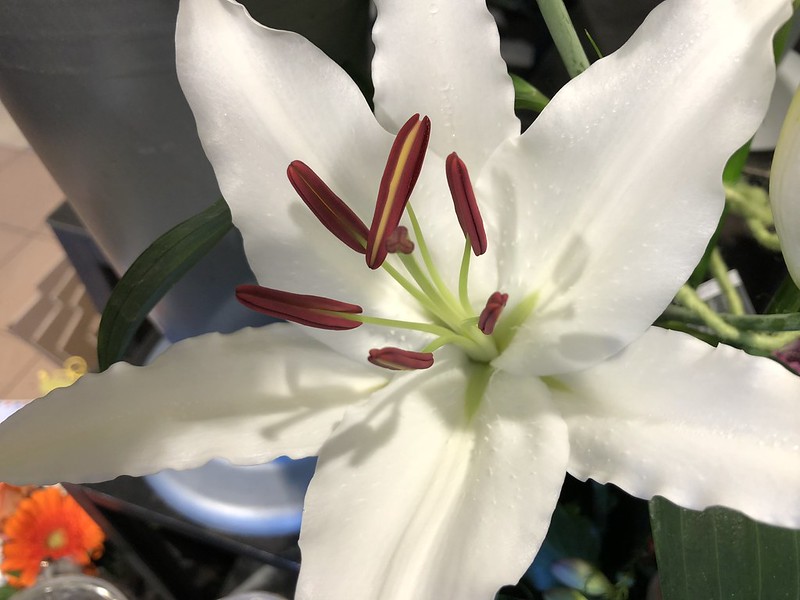 And a white one. I think this one was just hanging around waiting to have it photo taken. 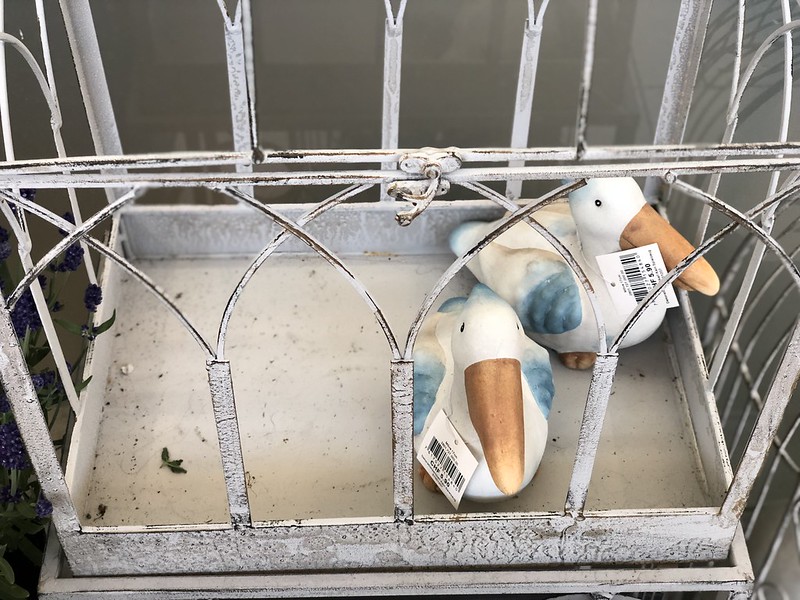 There were times in the past when I wanted peace and quiet. Having 4 kids all wanting something at the same time was exhausting. Where was “me” time, does no-one realise that you also need time for yourself. As the years went bye, the kids left , the work routine was at home and you no longer had to go anywhere. Shopping became the only opportunity where you saw other people, some you knew and some not, but you had broken out of your housewife cage, had gone somewhere and seen things.

I now had “me” timeI and realised it was not the solution being alone all day.  I was one day diagnosed with MS. Most cases are already discovered in younger years. This does not make it any better, but if you have an “accident” and fall or can no longer walk as well, you explain it with getting older. I was never the athletic type, I could not ride a bike although I would have liked to. I had balance problems. One day the situation got  critical when I fell and could not stand up again. This combined with a visit to the ER in the hospital lead to a visit to my doctor who got suspicious and referred me to a neurologist.

I am not a medical person, but do have a basic knowledge of what should and should not be. After many examinations and x-rays my neurologist confirmed what I already thought. I was an undiscovered MS case, probably at least 30 years. I was becoming a member of the  Monty Python Ministry of Silly Walks, not quite, but with time it did not get better.  I was trapped at home except for  excursions by car and I was never a keen driver. I could no longer decide to go somewhere. My body no longer co-operated with my wishes. I would add that I never really had pain, just inconvenience and fatigue, which a few minutes relaxation helped.

I eventually got a wheelchair. Oh shock, I did it all by myself. Of course these things are financed by the insurance, but when and how? I was lucky, I had the means to buy my wheelchair and I wanted something that would move me, an electric chair. I did not want to have to depend on others to go places. Within a few weeks it was delivered. In the meanwhile my doctor and neurologist were informed and they were greatly surprised. Doctors like to do these things one step at a time which is OK, but I did not want to wait for perhaps weeks, even months, until things might be permitted and definitely not an electric wheelchair and I am convinced had I not done this myself, I would still be waiting. I made enquiries in the meanwhile and am glad I did it myself.

I had at last managed to break out of my cage at home. Gradually I went further, realised how it all works, and have never regretted my decision. I have also learned to look at the world with different eyes, mostly by measuring the distance between kerbs and steps and what is wheelchair friendly and what not. The core of our local town has now been paved with the old cobblestones which looks very good and nostalgic but is not so nostalgic for the wheelchair. However, it is all a matter of adaption. Today I am so glad that I did it. I am a member of the human race again. I only noticed how important contact to the others is when I never had it.

And sometimes it does good to be able to laugh at yourself. 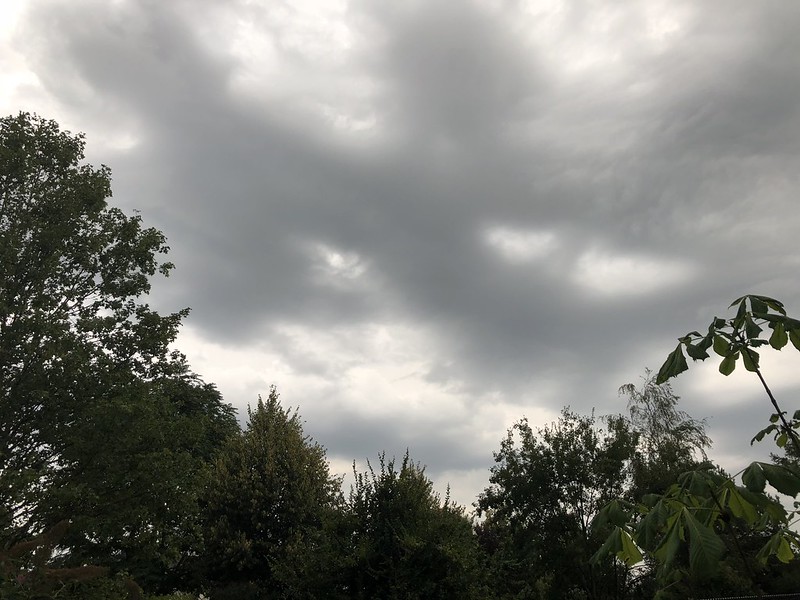 Yesterday evening we had a slight storm. It looked like the big one was arriving with thunder and lightening an all the electric orchestra. It did make large puddles in the parched earth of my ex garden lawn, but after an hour the thunder faded and just left us with the aftermath of puddles. That was the big relief from the summer weather. I think it did rain again some time towards the morning, but when I got up this morning it was brilliant sunshine everywhere and blue skies, although it has cooled down a little. 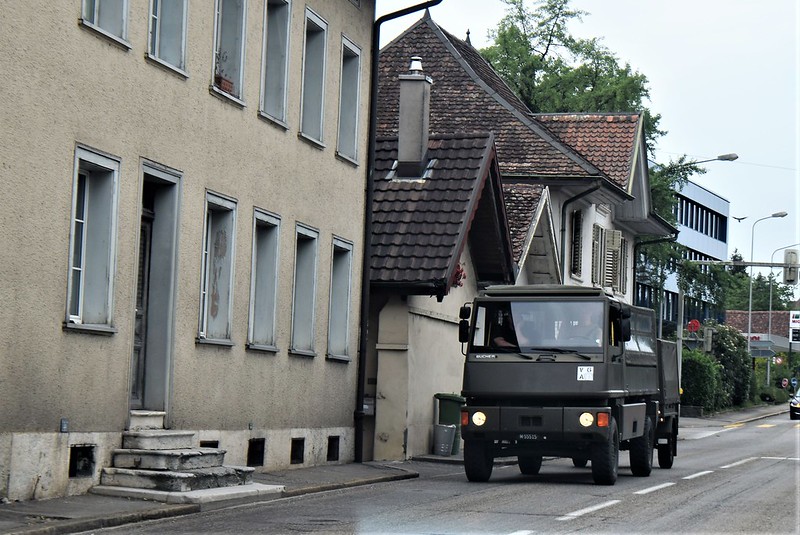 My only safari yesterday was to the supermarket and the only excitement was to cross a military truck on the way. Yes we have an army, even if it is part time. My No 2 son did his three weeks a year for at least 20 years (don’t remember exactly how much as it was many years ago). All able bodied men are available from the age of 20 after completing recruit school. Son No. 2 was mainly in the office tending to the accounts and organising the food. Now and again he went for a ride in a tank or could study the moonlight at night from his bike when on patrol. He once acted as chauffeur for his officer when they had an emergency to tend to the flooding in another part of Switzerland.

We do have a barracks near where we live but rarely see actual soldiers. Just the odd truck now and again as in the picture. 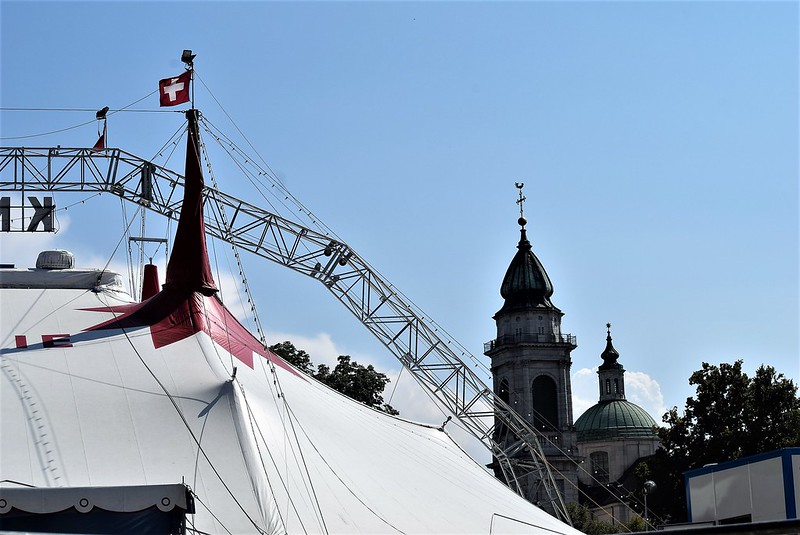 Our State circus will be leaving our town today to move onto the next town half an hour away, in Biel, so there is still a chance to see it, although as I said I am not a circus person. I just though a glimpse of the tent with the background of our baroque cathedral is interesting.

Today will be another warm sunny one, although the weather prophets said something about rain later. If the rain stays away I might take a wheelie in the surroundings. At the moment I am waiting for a guy to arrive to take a look at my wheelchair. It is OK, but a few loose screws here and there that need to be checked.  I fell on it last week and it attacked my ear, so who knows what else happened. 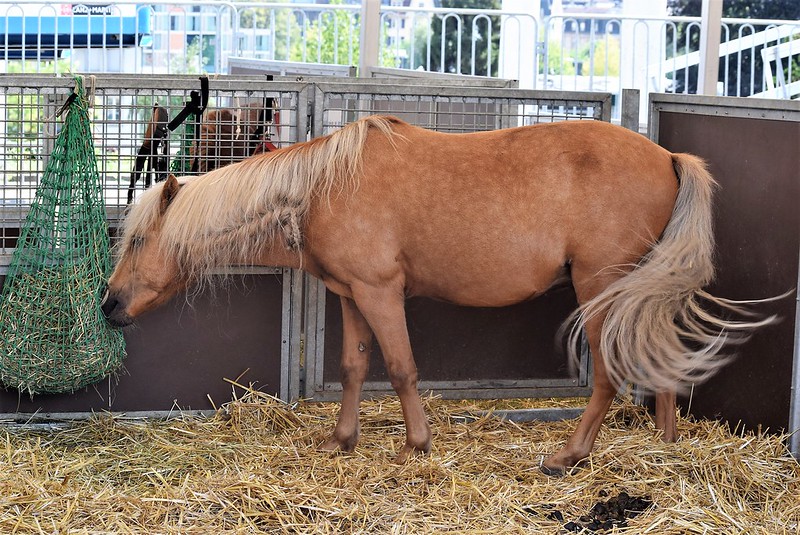 I will leave you with one of the circus horses, there were many and seem to be a special type, although I am not an expert. See you around, keep safe.