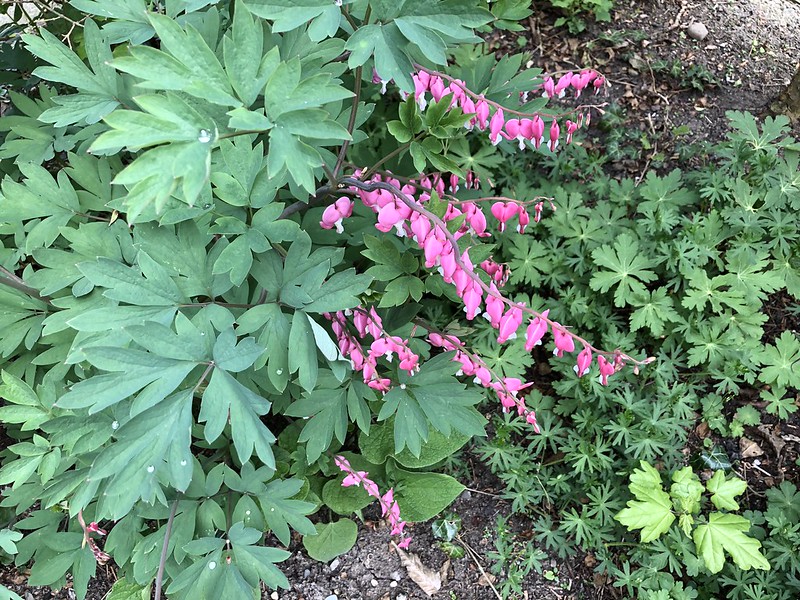 One from the garden this time. I did not plant it myself, but it arrived with a seed from the neighbour’s garden. 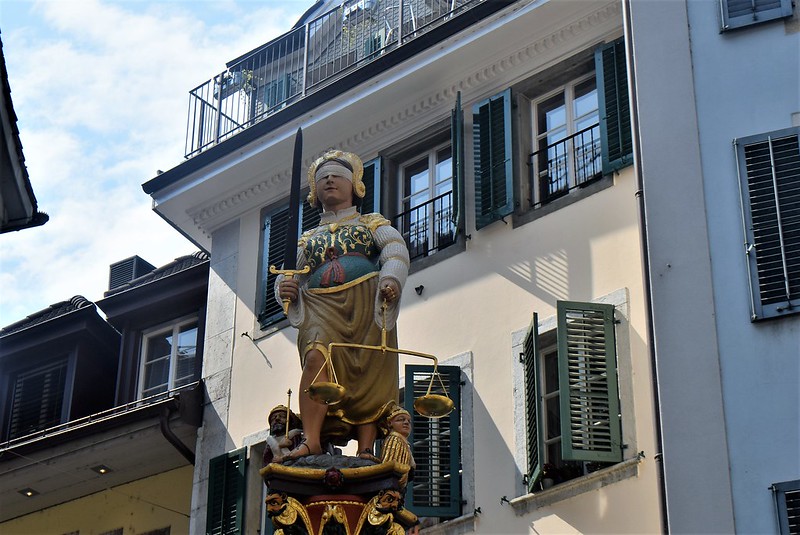 I think in every town, even in Solothurn, Switzerland, there is a statue of a someone blindfolded carrying scales. Must be a strong feeling of justice around. 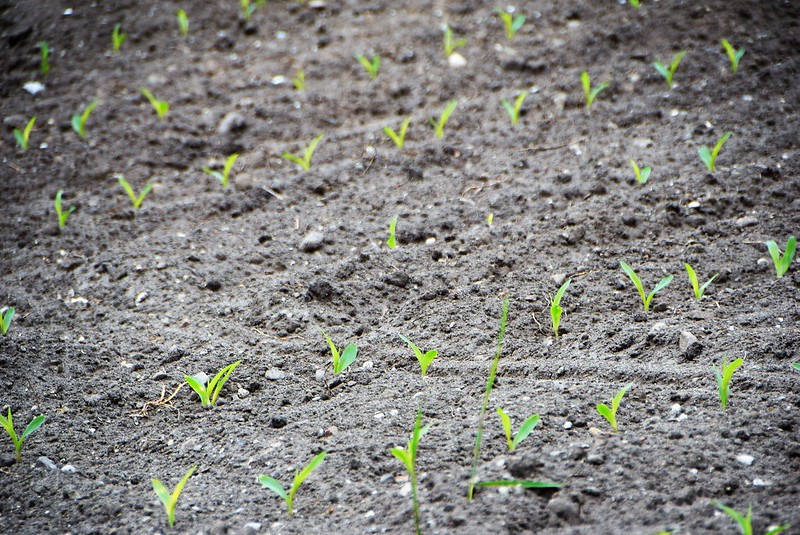 At the beginning of May they they were tiny green shoots
Below in the earth were growing their first roots
How could they survive, lost in a field
It was all in the seed, that fate was already sealed

And so the rains came, sometime it was a storm
but the stalks got taller, the weather was also warm
The plants were not forgotten, the farmer gave them food
And so they began to grow and grow, they were really in the mood 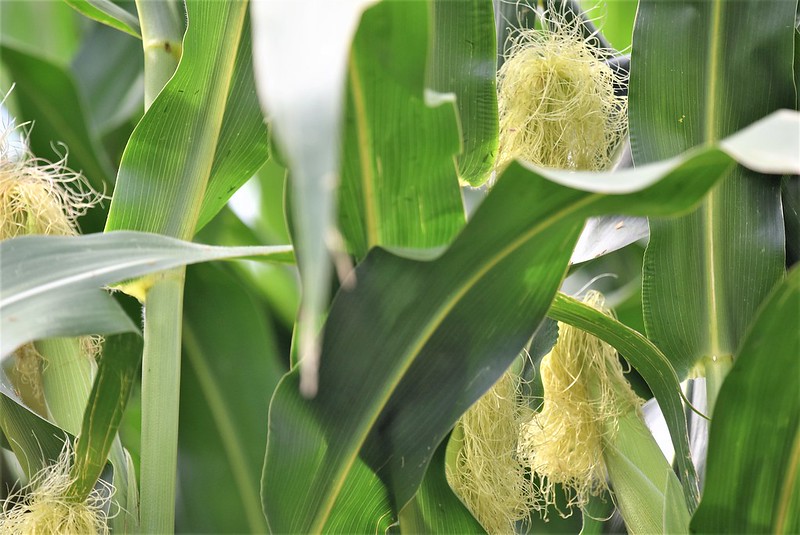 In July there were more than half way there,
Their heads did not seem to have a care
One day their leaves would burst wide apart
They knew the routine definitely by heart

As time went on, August arrived
The leaves were turning brown
Their strength was waning in the hot summer sun
It was time to cut them down 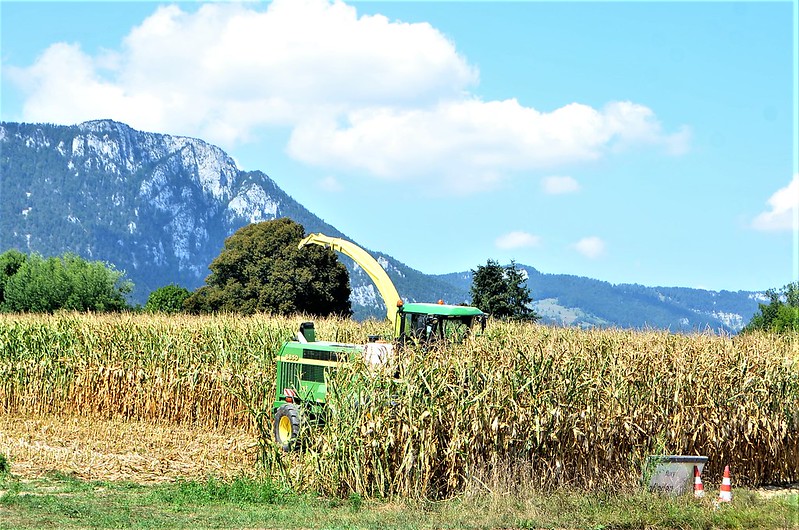 As their heads fell down, they were gathered together
to be milled for the cattle to eat
But some of the seeds fell by the wayside
For the maize this was a treat 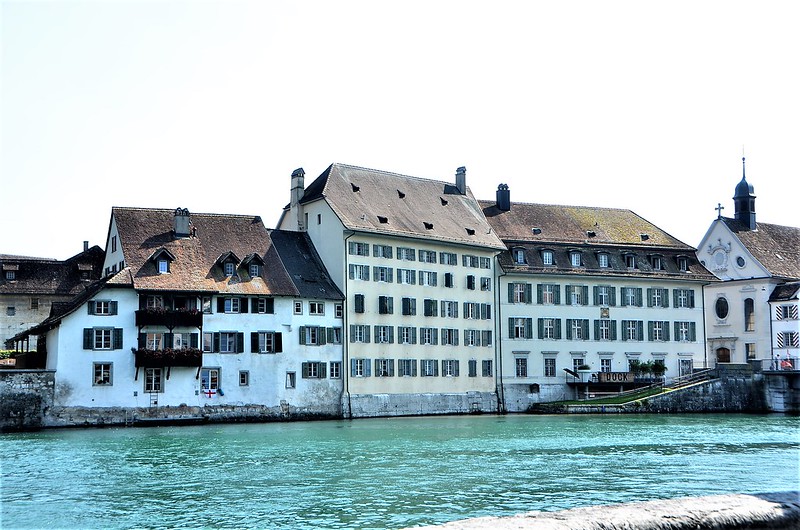 It looks like another day of sunshine today. Morning temperatures are bearable, but the afternoons are not so pleasant. I did manage to go for a wheelie in my chair yesterday afternoon and arrived in the local town of Solothurn, just along the road.

The main reason I went to the town was to see how the construction was progressing for our annual Autumn trade fair. 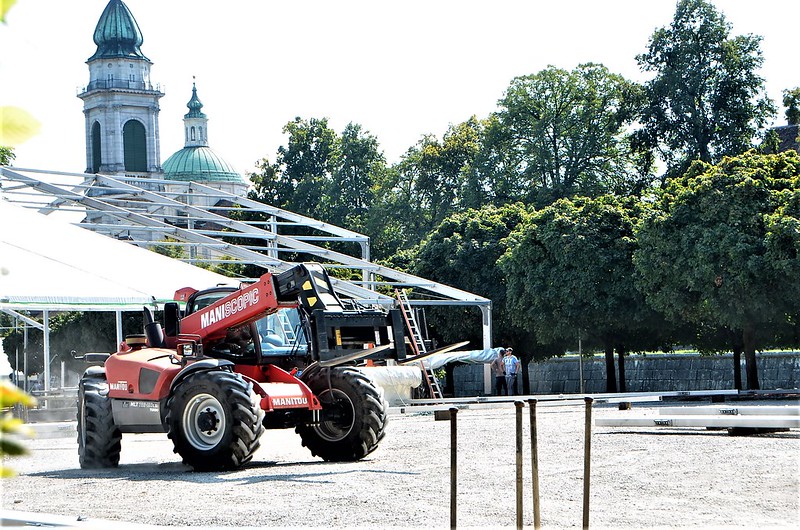 At the moment there is not very much to be seen. The machines have moved in and there are a few skeleton constructions of the various halls: all being built to the background of the town. Someone had the idea almost 30 years ago, I remember the first trade fair. Now it has become an institution of the town, with more and more attractions every year. Radio programmes are broadcast direct from the fair and there are also discussions with various prominent politicians. the whole thing is about a week, but is well visited. There are music events for the younger ones and various restaurants. 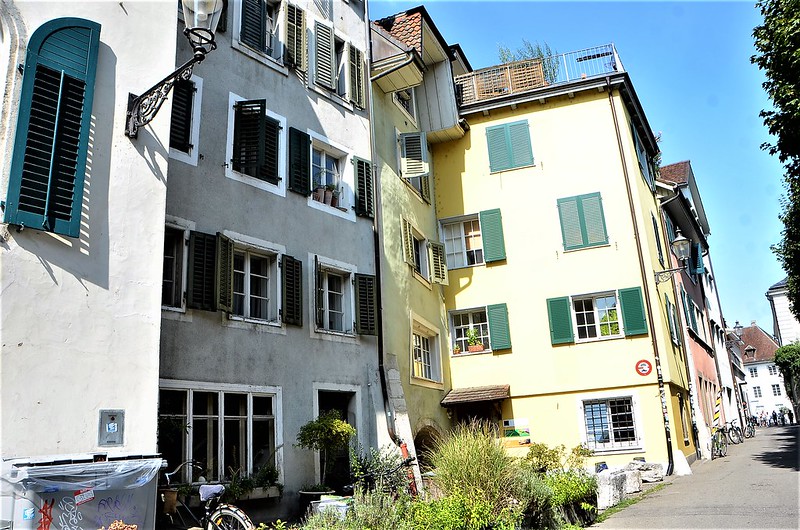 Otherwise I just wheeled around taking photos of this and that and trying to avoid the bumpy street surface from the cobbled streets: looks good, but not very practical from a wheelchair point of view. I must say people are very considerate. I entered one street and there was a car parked on the left and a larger truck on the right. I was debating the size of the space in between when the lady driver saw me and spontaneously said she would move her vehicle, which she did. I was glad, otherwise I would have had to turn back. It was in one of our small streets with lots of interesting shops, and even remnants of the old town wall which had been preserved and built into the new house fronts. 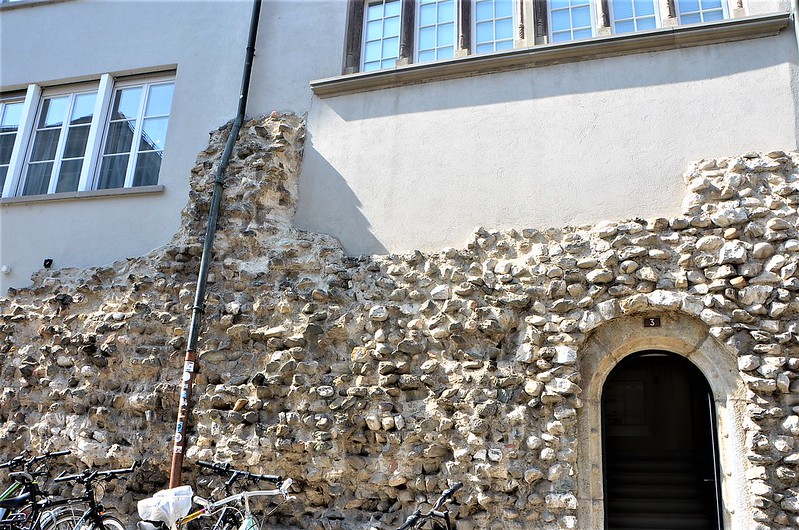 I only intended a short trip, but as usual got lost with the camera events and two hours later I returned home via the river path. 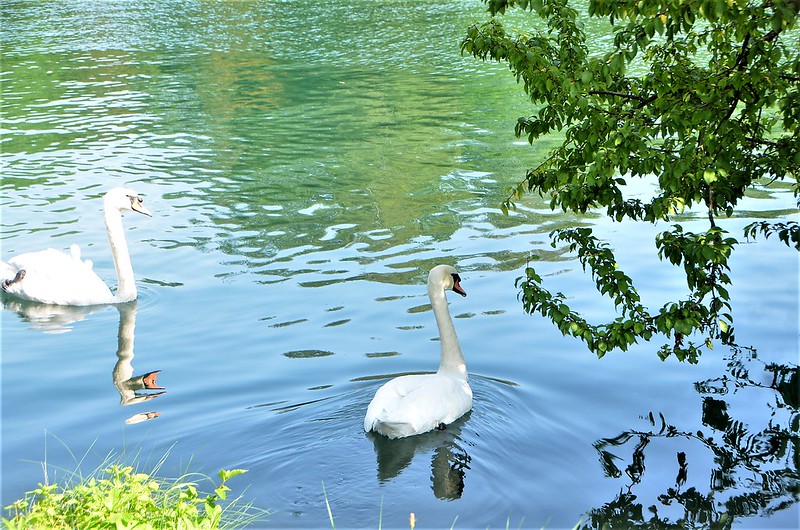 There are always swan pairs swimming on the river, but ducks no longer so many. It is a long river from west to the east of Switzerland, and like most rivers at some point meets something bigger to continue its journey under another name.  I spent the remainder of the afternoon blogging, and after the evening food, working on my photos. The life of a golden oldie is not so exciting.

Today is a shopping day. It is a bit of a mixed up week. Mr. Swiss has a hospital appointment on Friday with examination and I will again be on a lonely shopping trip for the 2 hours he will be at the hospital, meaning I will be at the wheel of the car again. I will be glad when the week is over. I always imagined the life of a golden oldie being fun and nothing to do, but the fun is only there if you have no aches and pains and nothing to do means making doctor visits and staying alive by buying and cooking food.

On my way home yesterday I notice that the corn field opposite was now being harvested. It is “industrial” corn for animal food during the winter and nothing to do with corn on the cob. Afterwards the crows will probably fly in to devour the remains.

I am now off to enjoy the day of shopping and other things to do. I wish you all the same as I wish myself – no stress and an enjoyable time: at least we can hope for it.