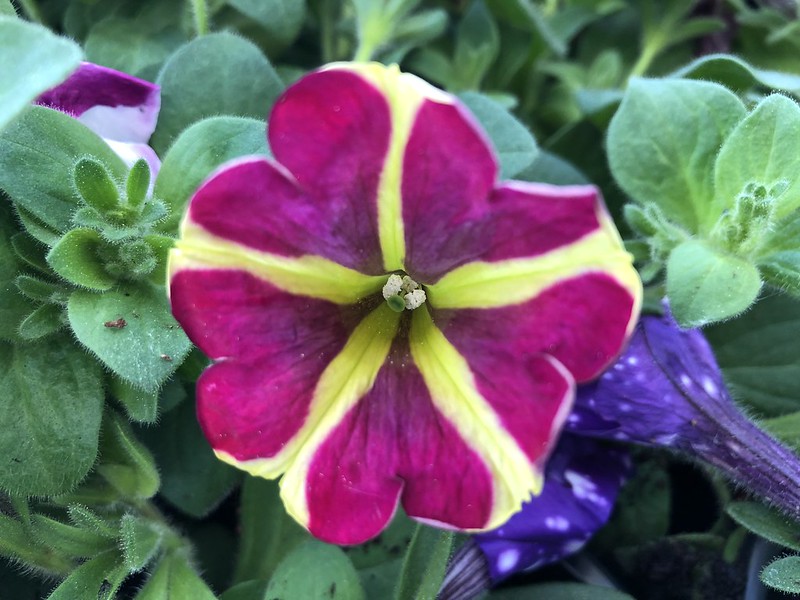 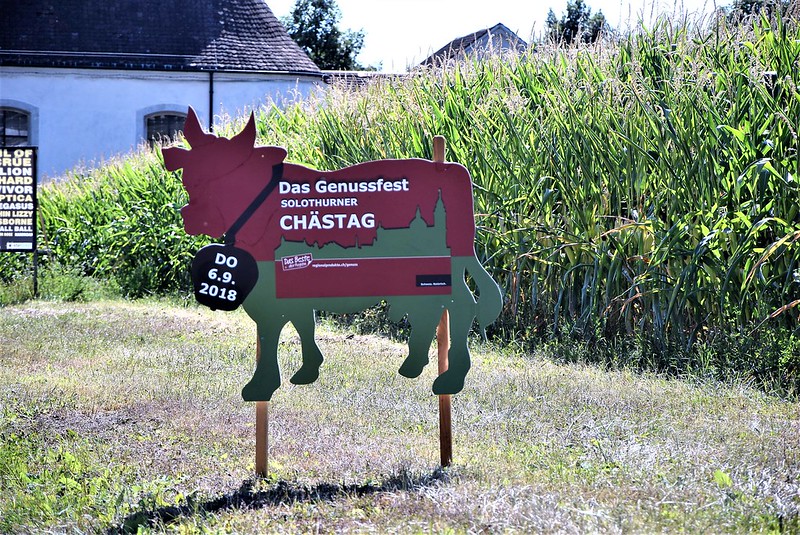 An invitation to cheese days in our area from the farmers on 6.09.2018 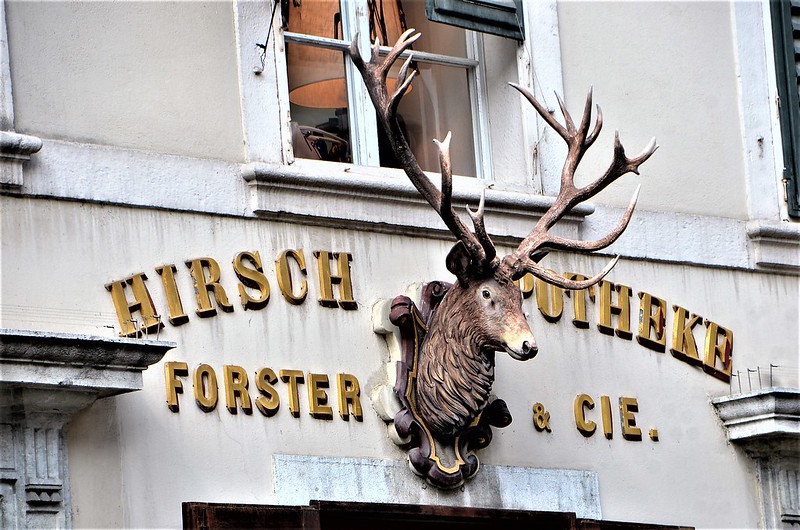 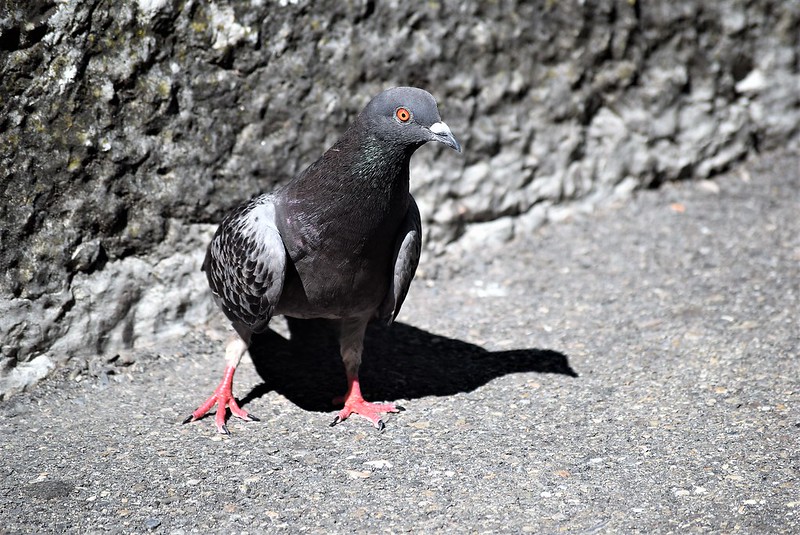 I said smile, and she did. 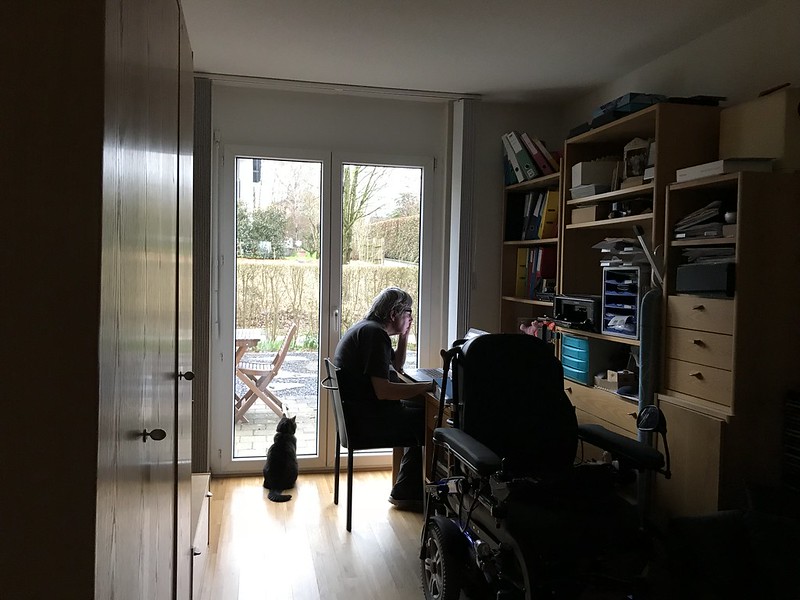 In the mornings when I eat breakfast my computer I have fired
When munching on my bread and jam, I get myself inspired
Whilst I am sleeping during the night, half the world is awake
They are indulging in the computer and all for my own sake
Morning I visit the internet to read comments and meet friends
My mobile phone is also tuned in just to complete the happy trends
And then it is time to cook our lunch, but I hear “ping” and other tones
Of course my iPad is accompanying me and then there are some groans
It was when we were sitting and eating lunch I saw a light on the screen
It was my trusty iPad again calling me to the scene
And then he who should not be mentioned stated “can you not leave it alone”
I was not sure if he meant the computer, the iPad or the phone
I said I am not addicted, but life becomes less a bore
Just reading the newspaper is monotonous, I really need a lot more
And after lunch I was really exhausted my eyes began to twitch
I heard my iPhone calling me, it awakened my creative itch
And suddenly all was very quiet, perhaps the door was shut
I quickly looked at the computer, but it seems there was a power cut
And so I decided to read a book, but my Kindle was also dead
It was time to take a breath of fresh air and tend to my flower bed
Yes, there is another life outside full of bees and birds and flowers
I discovered this is what the real world is like where I also can have happy hours
My camera was ready and recorded the scene which was wonderful, oh so fine
And when the power returned again, I could watch it all online 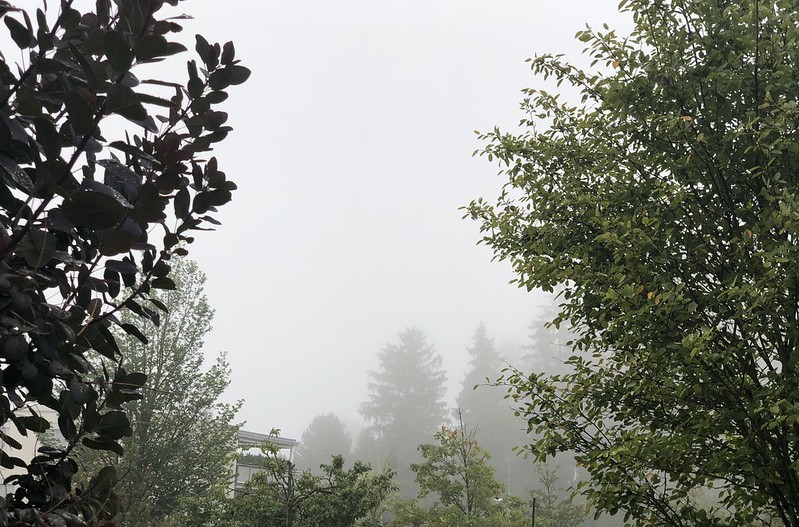 Sitting outside on the porch on a misty morning. There is a nip in the air, but clothed in my nightdress with an all-covering kaftan I bought on a stay in Marrakesh many years ago, I feel fine. Eating breakfast outside is always good, the mess from the bread crumbs and jam and splashes of tea are no problem in the outside world. Mr. Swiss joined me, but has already disappeared to the inside world. He is more prone to colder weather than I am. I do not even notice it so much, just find it refreshing. The misty mornings have returned, but it is our sign that Autumn is knocking at the door, although weather forecasts say next week will again be accompanied with rising temperatures towards 30°C. 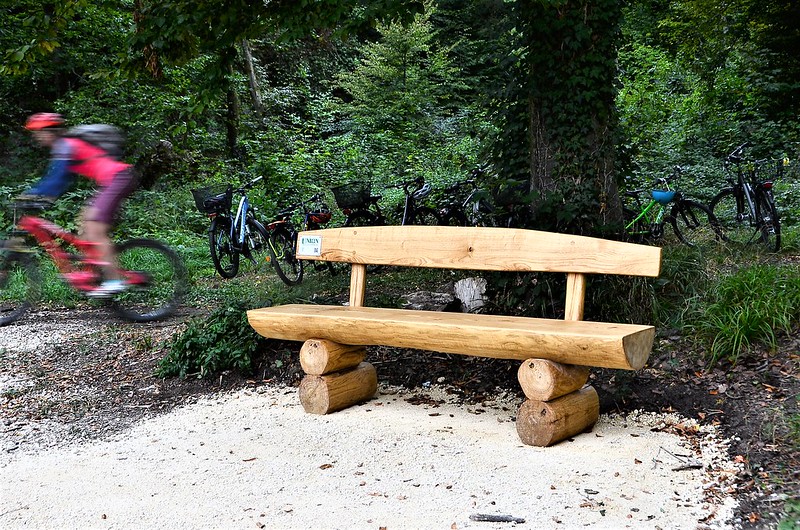 Yesterday I ventured into our hermitage, where the hermit lives at the end of the path that cuts through the stony cliffs on either side, and of course a stream runs though it all. I had often toyed with the idea of taking a wheelie in my chair as there are some really picturesque scenes there that I remember from the days when my feet remained attached to my legs. There was an article in the local newspaper that the surface had been improved by a layer of small regular stones and other repairs had been made to the route, making it easier to navigate for golden oldies and those like myself in a wheelchair. Even our local paraplegic games expert praised the improvements, but he had won many gold medals and was probably the iron man of the paraplegikers. I am not the iron lady and found the route a bit bumpy and uncertain. They had replaced the benches with new ones at the entrance five of them, which looked very nice if the speed bikers did not disturb in the background. 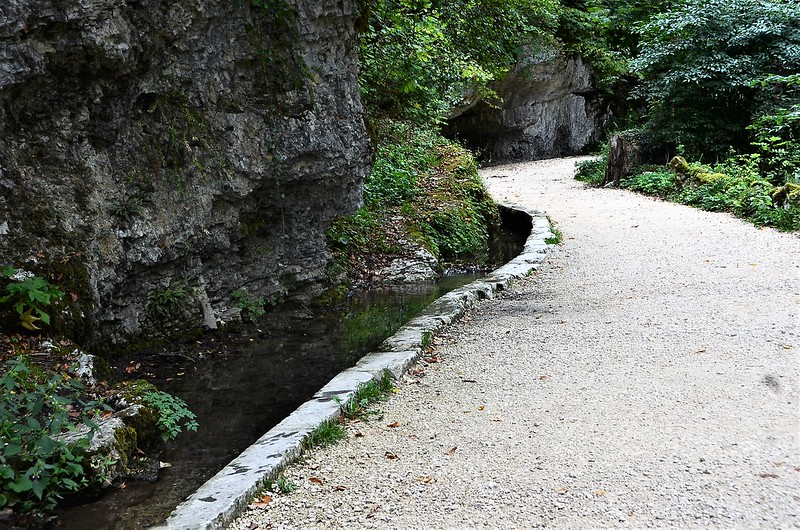 I knew the route from earlier days, and the beginning is OK, no problem, but a bit bumpy. I was a little disappointed as I realised that it was still a bit of an uncertain navigation and only went a small distance into the gorge. Perhaps with time I will try the whole thing, but just a little bit of flat stoneless surface would have been better. 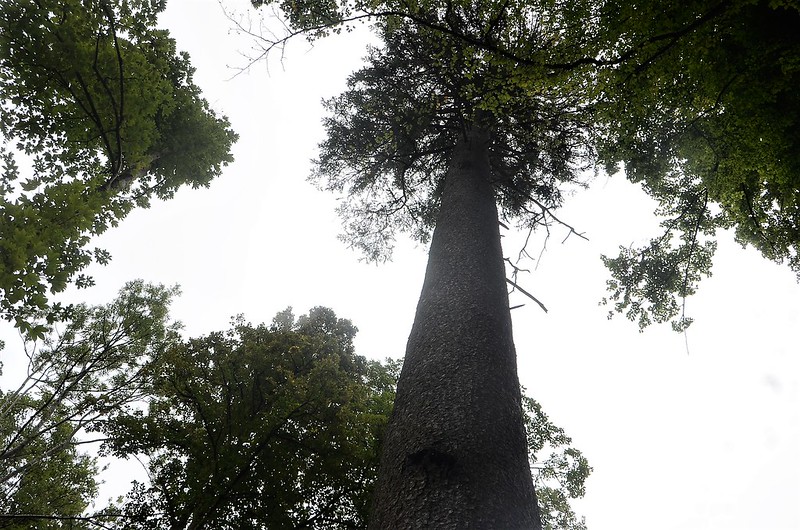 I passed this tree at the beginninjg with a notice attached to the bottom of the trunk saying that if you are wondering why this tree is losing its leaves, blame it on the bark beetle. We have had a plague of bark beetles for some years and they do leave their marks on the surroundings. I had the feeling I was in a rain forest in the Amazon and not in a tiny gorge in the lowlands of Switzerland. I do not know how the hermit manages the walk in his leather roman style sandals, but he probably has Sketchers or Adidas: even the hermits go with the times.

I wheeled back to civilisation and heard a noise above so looked up. I saw this flight formation in the sky: one large aircraft leading the other three. This was not an every day appearance and of course I made the most of it with the camera before they disappeared behind the trees. They were flying quite low as they did not disappear into the low lying clouds. 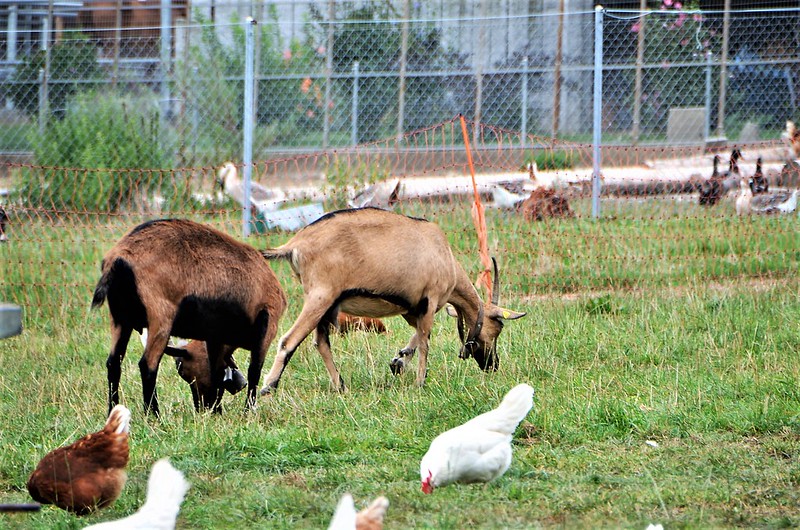 My next stop was a visit to the chickens who were in the careful paws of two horned goats to make sure they did not stray. I heard the rooster, but he was on the other side taking a crowing break. 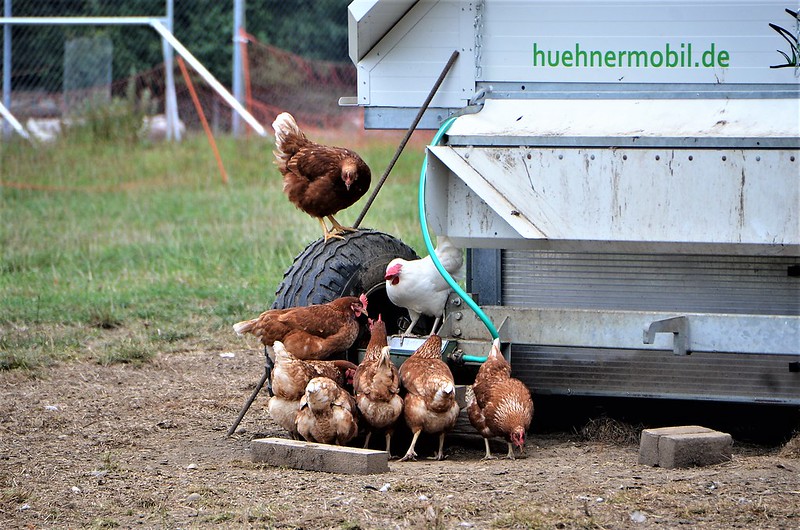 This hen seemed to be organising the others and they were all listening to her wise words. I eventually wheeled on home. Mr. Swiss was surprised that I did not do my usual 2 hour tour, but I am just glad to get out and about and snap some fresh air. The mist has now cleared here and it looks like it will be a pleasant sunny day, but not too hot.

I am now off to the kitchen to get my veal stew on its way. It will cook on its own until lunch time and will be served with a Swiss Rösti – yes the life of a Swiss housewife has its perks now and again. I have planned a trip into town this afternoon. I like Sunday afternoons in town. It is not so crowded, just a few tourists that happen to make a stopover for an hour from the train on the way to Zürich, or Geneva. 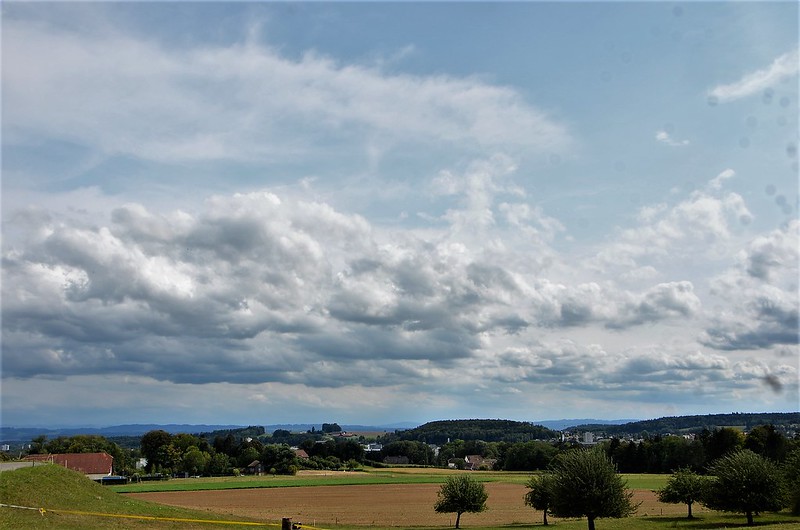