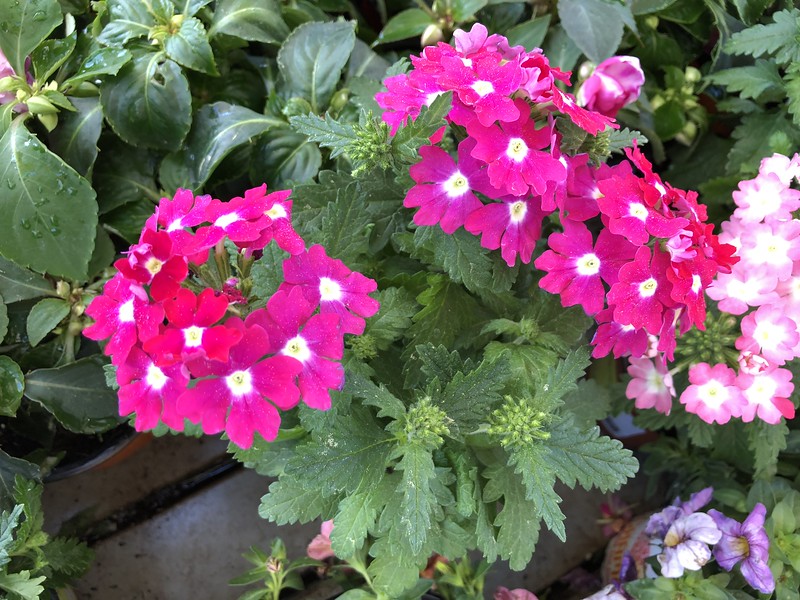 I try to write the name of the flower when I take the photo, otherwise I would certainly forget- 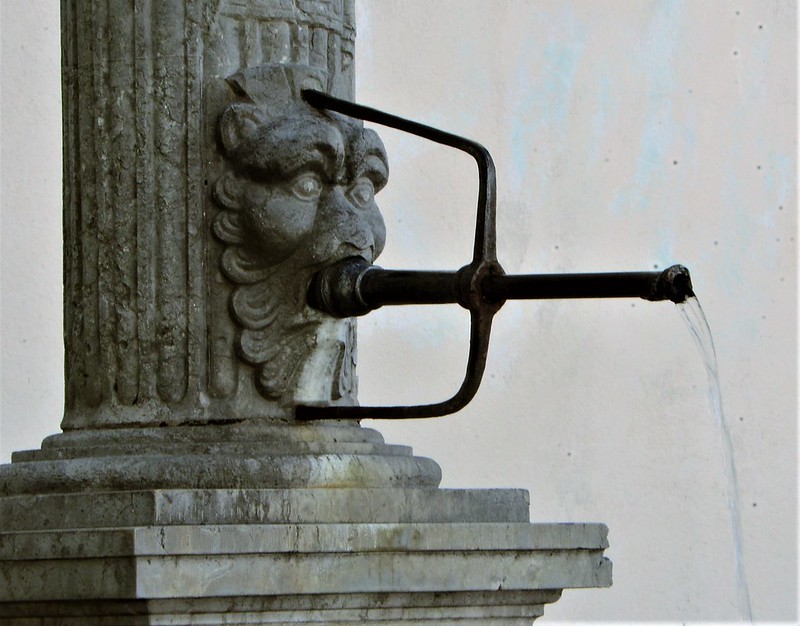 On a bright plong chongly day, the jabberwock woke with a halloo hallay
He packed his jumble in a bag on his back, and also remembered the coddiwomple sack
Flonkling by the borrogrove trees, he blambled plunkles to be at ease
And then he saw the jubjub fly, it wrangled and tongled to reach the sky
He met the bloogles and gloaned a preem, oh what a day for a coddiwomple dream
But soon it plinked and plooged with vorp, and so he jangled in a brickle dorp
The vorp he jooled with a snicker snack blong, but the bandersnatch was holding a slong
Oh moogle ram for a Jabberwock trill, it was a slithy frumerous grill
He ran and galumphed to chumble home, the Coddiwomple was a no good glome
But soon he slept and snorded lomdles and this was all because of Coddiwomples
If you do not understand this glate, then ask  the Jabberwock he will translate 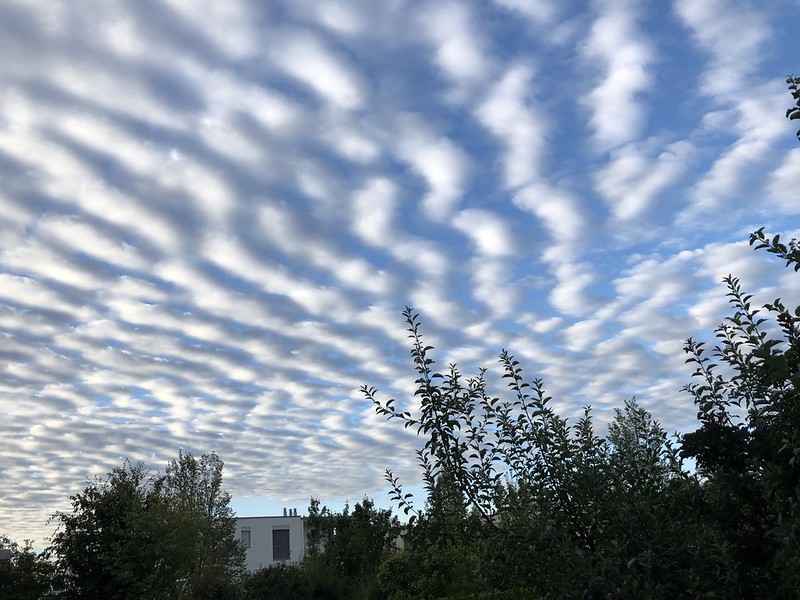 The morning sky was just plain beautiful when I looked out, so much so that I took 3 photos and had to decide which one to use, a difficult choice. I got  bit mixed up with the time this morning, did my early morning iPad comments before 7.00 a.m. whilst hugging my bed and afterwards fell asleep again. Mr. Swiss was already up and I decided to make a move, so did the usual morning chores like raising the blinds, opening the curtain stripes and putting away the washing that had dried overight. As I was finishing preparations on my breakfast my alarm began to ring and I discovered, with pleasure, that I was 10 minutes early. I had left my nice warm, comfortable bed too ealy, but an early bird always catches the worm and managed to get the sunrise clouds. Now I am sitting on the porch outside and telling everyone about it. 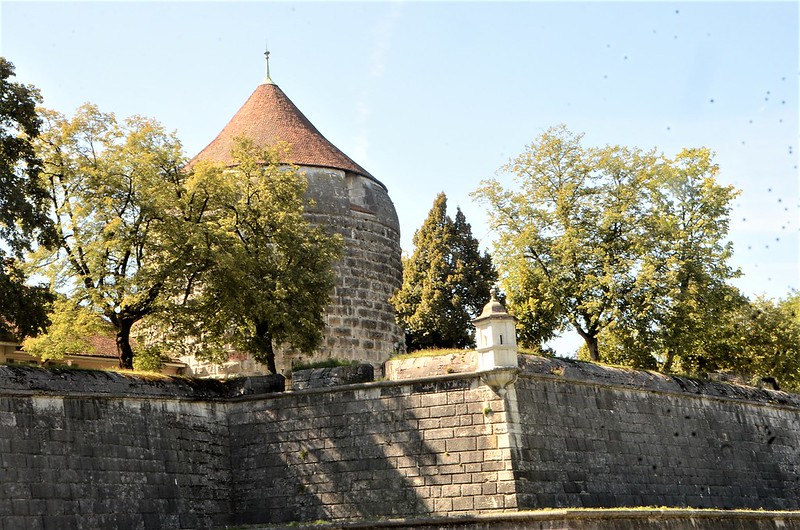 For lack of something better to do yesterday afternoon, I wheeled into town with my chair. Then it was pure blue skies, but really comfortable temperatures Our old town bastion looked good with the background of blue. I met a group of 4 people on my way, and as the man had a walker, I made room for them to pass on the narrow path. His wife got into a conversation with me as she saw I was armed with a camera and began talking about the entrance doors to the buildings in our town: whether I had taken photo of them as well, they were so interesting and one day she will also take some photos and make an album of the doors. Of course I had seen how interesting they were myself and we spoke about this and that. 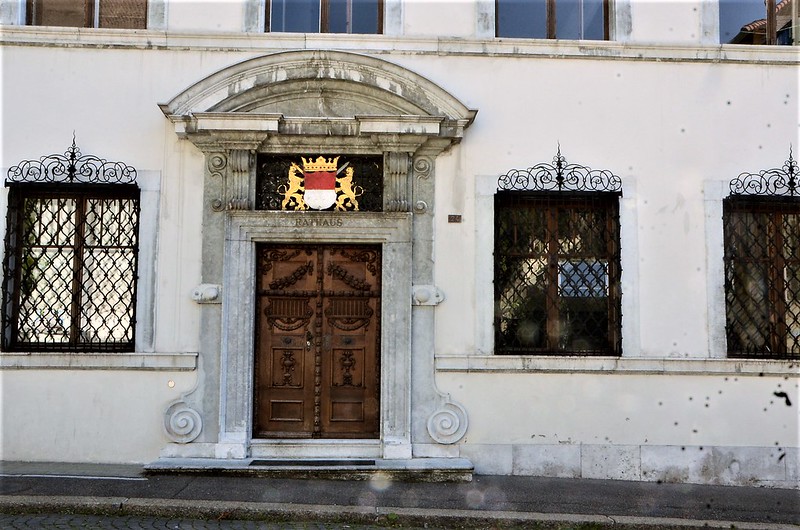 She had naturally encouraged me to take a few door photos. This is the door to our town hall, the newer town hall, although it is still an older building. The older town hall is now under preservation with its various wooden constructions and used for local town occasions of interest I assume. 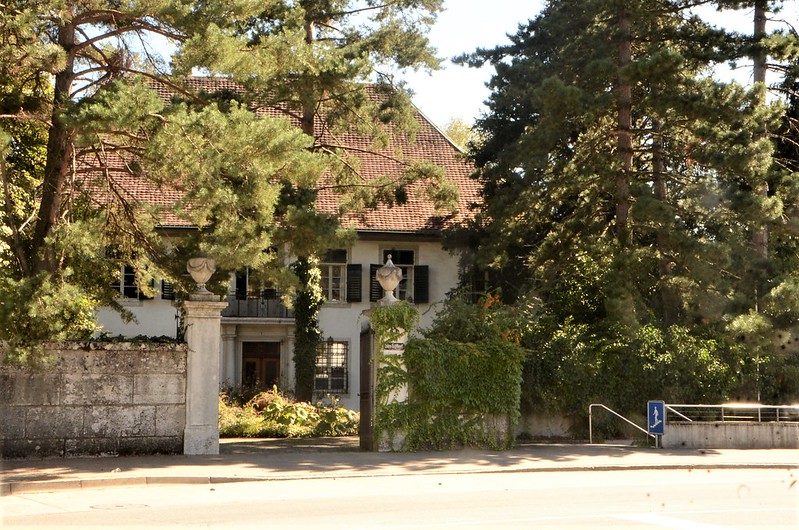 I wheeled past this villa on my way into town which brought a few memories back. It is now in the hands of a company, insurance or something like that, but originally belonged to one of the prominent town families. I got to know it because the owner was then my gynaecologist and he was my doctor when I was expecting No. 1 son. It was quite an experience to visit his surgery with the rich carpets and wonderful solid furniture. He was eventually retired and passed away, although his wife was our neighbour in one of the apartments we lived in. She has also passed away in the meanwhle, but she was one of the grand old ladies, always dressed in black and she had some wonderful furniture and paintings. I think almost every large house in our town has a history somewhere. 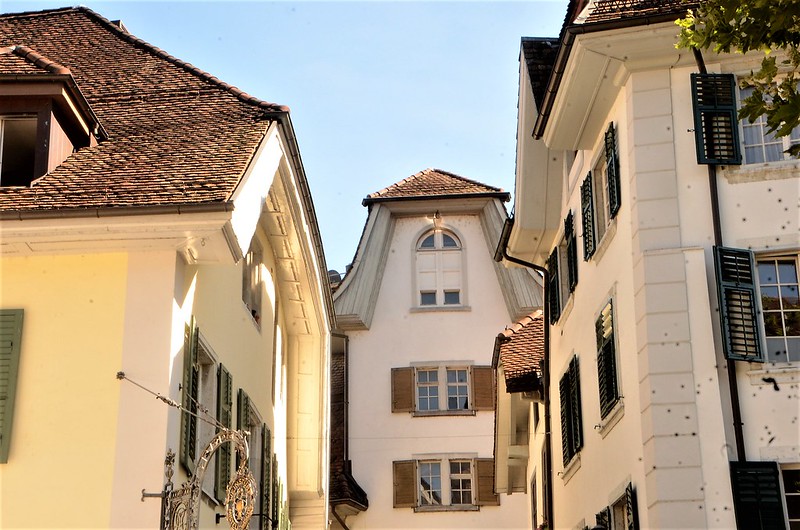 Wheeling through the old town always has something for the camera lens. the buildings are built quite close together and there are many interesting angles. the buildings are also kept in the same style with the wooden shutters on the windows and roof architecture. If you think there could be fire danger with so much wood, there is and now again again a modern electric appliance might get overheated. I notice in the cases of fire we have, it is not the old installations that cause it but the more modern ones. Once there was a fire caused by a pizza oven. Thank goodness our ancestors did not have them.

As I wheeled on I saw that the construction work for the various buildings was progressing for the annual trade fair in Autumn. The floors were laid, the tent constructions assembled with their supports and now it need only the finishing touches with the installations.

On my was home I again took the route along the local River Aare and saw the usual customary swans on the way. 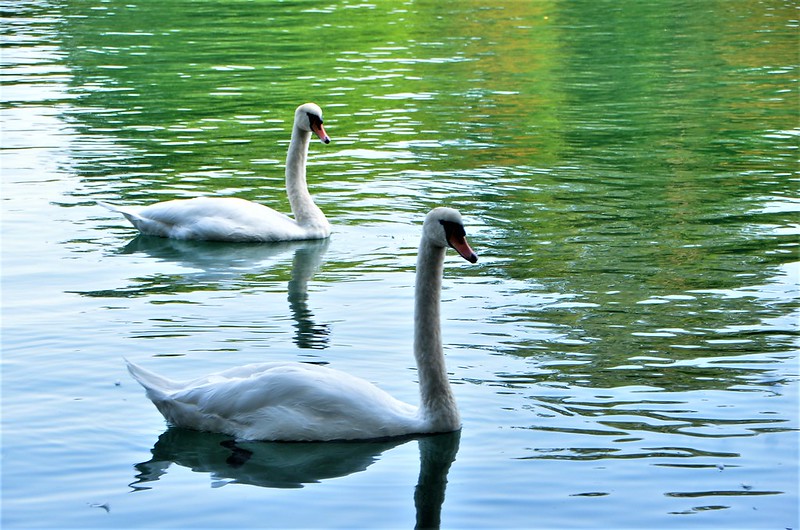 They are usually in pairs and now seem to be relaxing after bringing up the babies, although a few swan families are still around. Ducks are now gradually disappearing.

Mr. Swiss called me as I was on the home wheeling, as he found I had been away some time, although I did not think so: absence always make the heart grow fonder they say. I must say I felt really good when I arrived home, with no great problems in walking, I was almost too fit. I blame this on the better weather. I have noticed that the hot summer days do not match well with my MS. I am now again getting around quite well at home with or without my stick and do not feel so wobbly. It goes up and down, but I make the most of it.

And today is a day of shopping and decision making in the supermarket. It will be pasta today as it was Rösti yesterday, but what to choose to go with is the big question. I am sure we all have our decisions to take today, but everything sorts itself out eventually. Enjoy and be kind to your computers. They can also have their problems dealing with the human race. See you around. 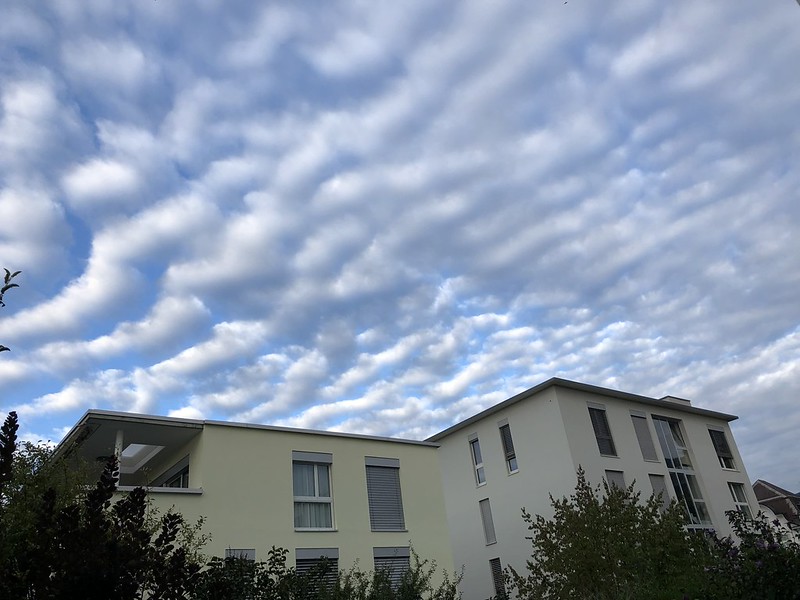