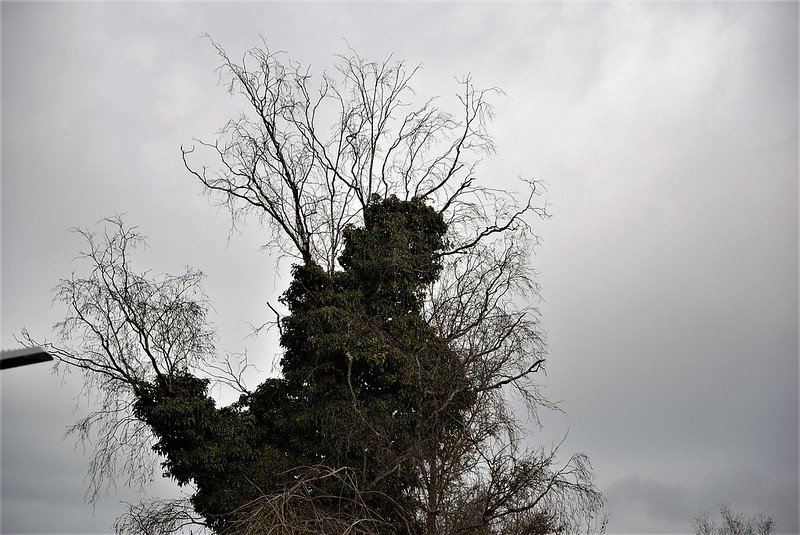 I could not quite make this one out. Was it a tree with something growing on it, was another tree trying to take over, was it a parasite, or perhaps something from another world: triffids are everywhere. The things I see when taking a journey through my village. 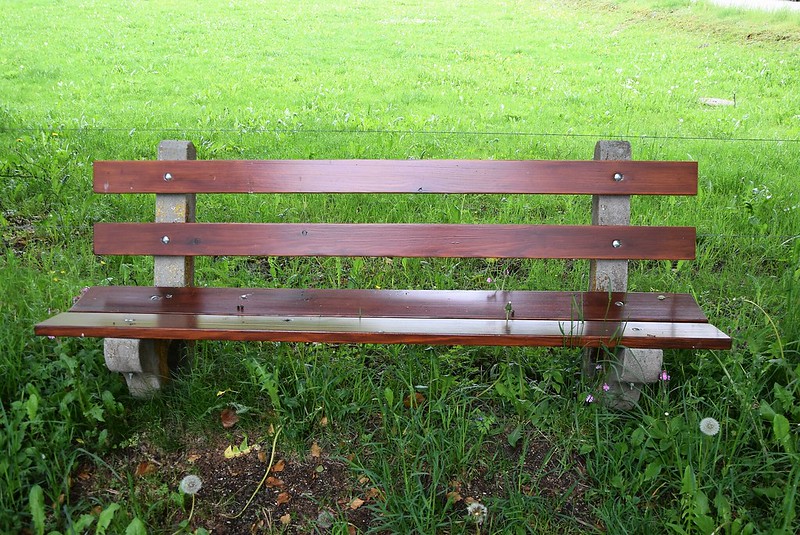 I am now at the point when I realise that although I am not colour blind, as women rarely are, I am a carrier. My dad was colour blind and No. 2 son is also colour blind. If my interpretation of a colour might be a little “off colour” you know why. And the bench: it stands every year on the path to the local castle. Sometimes it is hidden in a forest of dandelions and when the grass is mowed down you can see it in all its perfection. 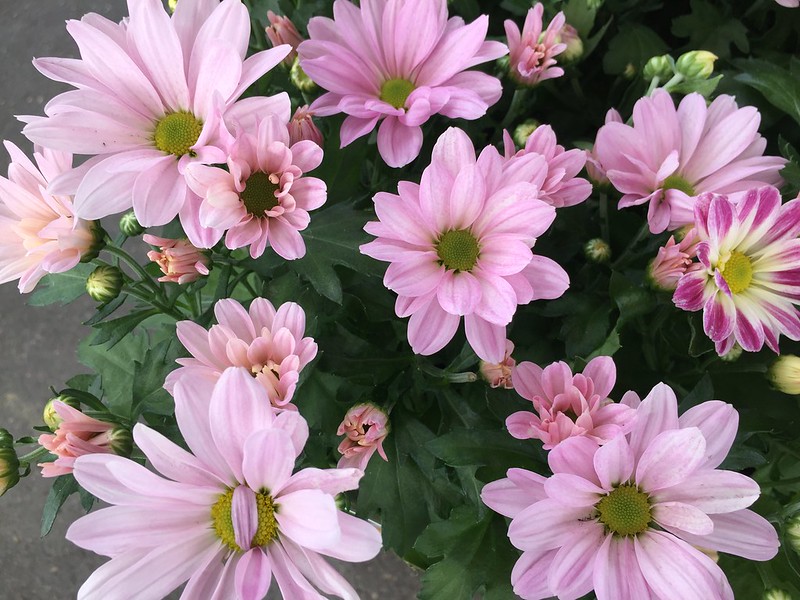 First of all, is anyone else having problems with something new in the way WordPress have organised things? I no longer find the way when writing a blog, my app is no longer working as it used to, and moderating comments is no longer as simple as it was. Everything is much more complicated. I wrote on the forum to WordPress to see what is going on. Perhaps I missed something somewhere. 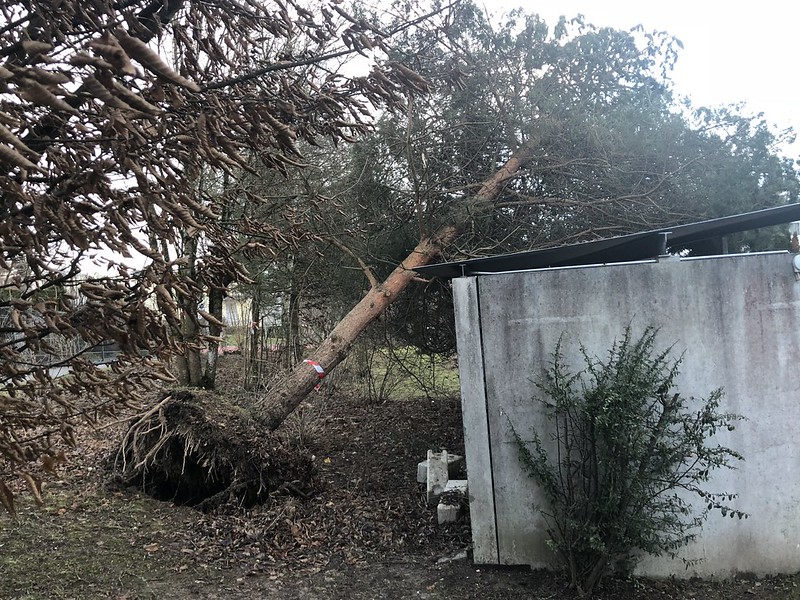 Today Switzerland and other European countries were visited by a hurricane, I mentioned it this morning in a blog. Winds were very high and it could have been Autumn again when I saw my garden afterwards, full of leaves.

One of our trees had been on a slant for some months. The taller it grew the more it began to lean. Luckily it was planted behind one of the bicycle sheds, although watching it waver in the wind, it was not certain where it would eventually arrive when it might fall.

Winds were getting stronger and we had lashing rain in between, something like an end of the world mood. At lunch time we were in the kitchen and afterwards Mr. Swiss saw that the tree has now been uprooted. It no longer withstood the strong winds and toppled, luckily onto the roof of the shed. I met my neighbour whose apartment was directly opposite the tree, and he said it fell in a good place, otherwise it would have fallen into his garden. He was in the process of removing his Christmas Tree from the garden which the storm had also blown over. One tree less I suppose, but it was always in the way when I wanted to take a photo.

The neighbour told me that the motorways were closed in our area and there were a few lorries that had toppled over. I saw a report of a scaffolding that collapsed on a house. Luckily no-one was injured, and I am glad that our building work is now finished. There have been no casualties up to now. It is late afternoon and it seems the worst is through. Tomorrow it will be constant torrential rain, but at least no longer such strong winds. 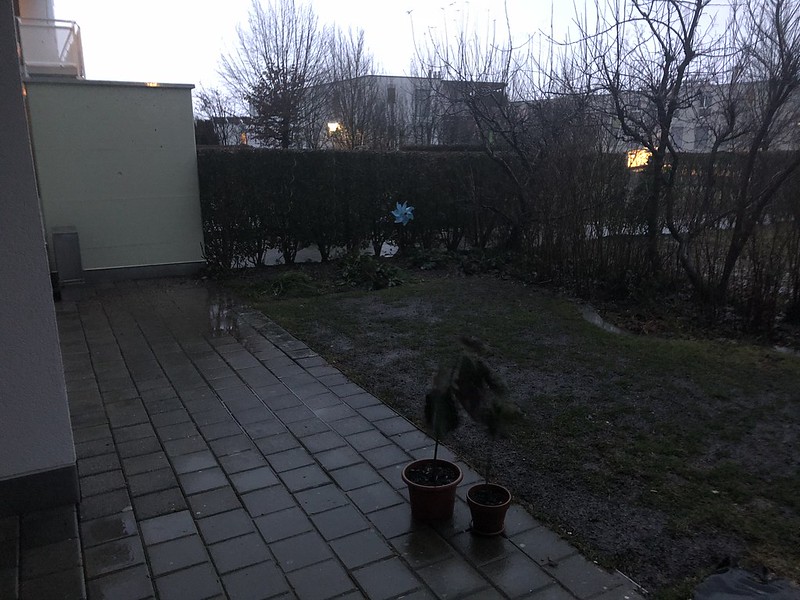 Everything empty outside, no birdhouse, no chairs and no table, we are being invaded by a hurrican called Burglind, I do not know where they find these names, but if it is the biggest one of the century at least we have a name to remember it by. The last hurrican was Lothar around Christmas in 1999. The Winter storms are always the worst. We will probably lose a few trees, and there will be casualties. I went on a wheelchair tour yesterday afternoon and discovered we have two cranes in our village. 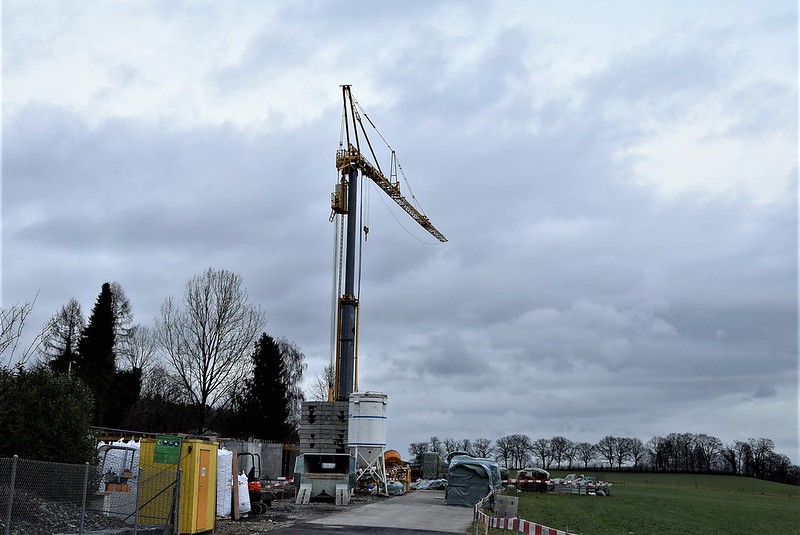 This one is just around the corner, so I hope it doesn’t come tumbling down, it would not be the first time that a wind has blown one over.

As said we now have an appartment with its own birdhouse, and furniture from outside until the gusts of wind eventually are gone, which will probably be tomorrow. At the moment it is early morning and not at full strength. They have reported the wind will be up to 160 kph which is about 100 mph so keep your hats on if you can. We are in the flatlands and so there is nothing to stop the wind speed. As this comes after a holiday, our cupboards are really bare and we was counting on shopping this morning which is now out of the question. We have been warned to stay at home.

However, undaunted Mr. Swiss is on his way in the car. We knew that the wind speeds will pick up during the morning, so now is the last chance. I am not happy about him on the road at the moment, but he found, like all men would, no problem. From my kitchen window I can see the bushes and trees waving in the wind. 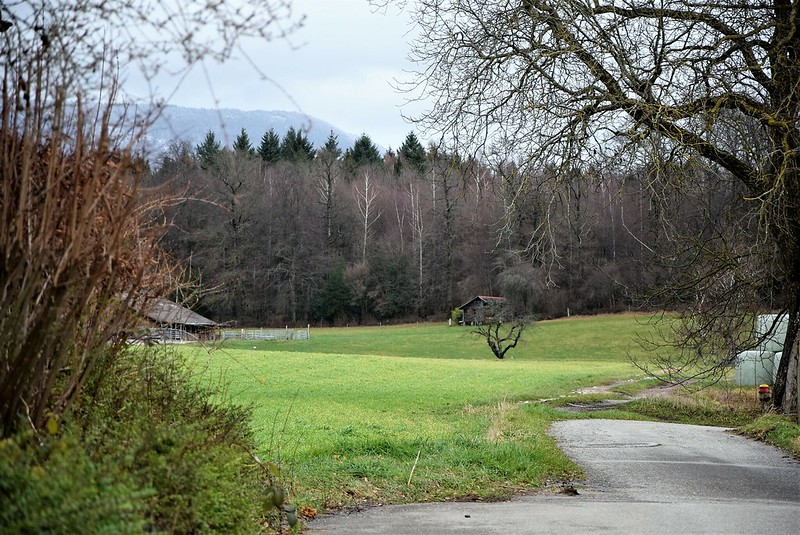 As I said I took a little drive through the village in my wheelchair yesterday afternoon, with the camera of course. It was so good to get out again and take a few photos, although most of them I will saving for a few challenges. However, this is a view at the end of the path where our side of the village stops because there is some farmland in the way.

I at last discovered how to put me wheelchair in second gear which is useful for going up steep slopes, although even second was fast enough. It is surprising how fast a wheelchair can go when you give it full power. I have not yet tried the third gear, but that would probably break the sound barrier. 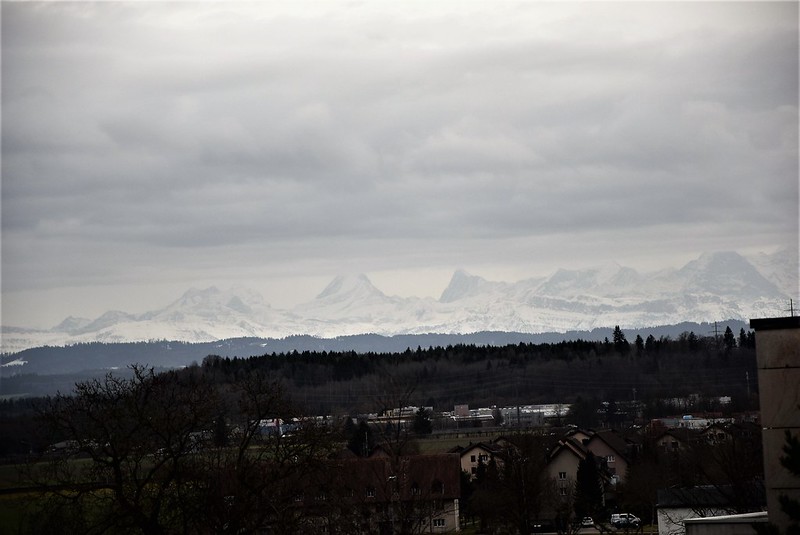 I was surprised to see how clear the view of the alps was from our village yesterday. That was probably because of the high winds, and the clear air we have.

At the moment Burglind is gathering in speed and I have problems opening a window. Mr. Swiss said to keep the blinds closed as well, but I like to look out and see what is happening in between. There are a few brave birds fluttering around, probably looking for their birdhouse which is at the moment in our spare room.

Wednesday is usually a shopping day for me and Mr. Swiss but now I am homebound today most probably. Perhaps I might get a few good photos of the storm passing through.

Mr. Swiss has just arrived home safely and completed the quest for food. Enjoy the day, see you later if we are not swept away. 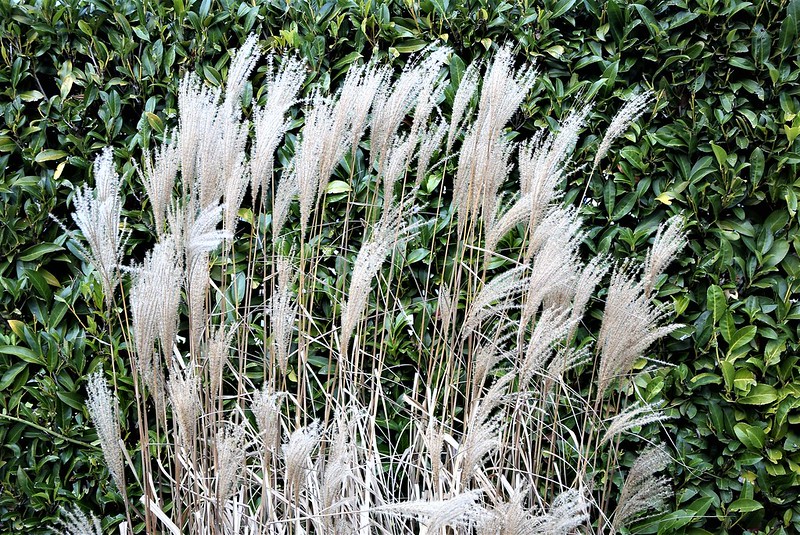