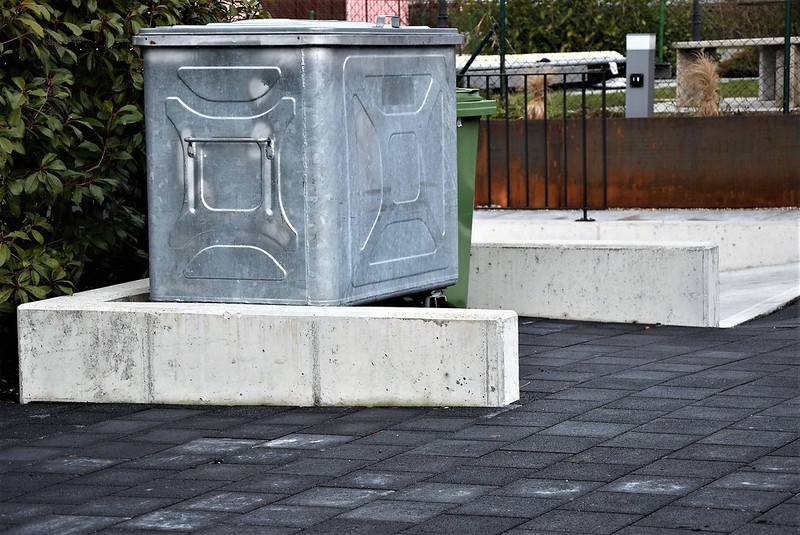 A container for garbage, and for homeless manatees. 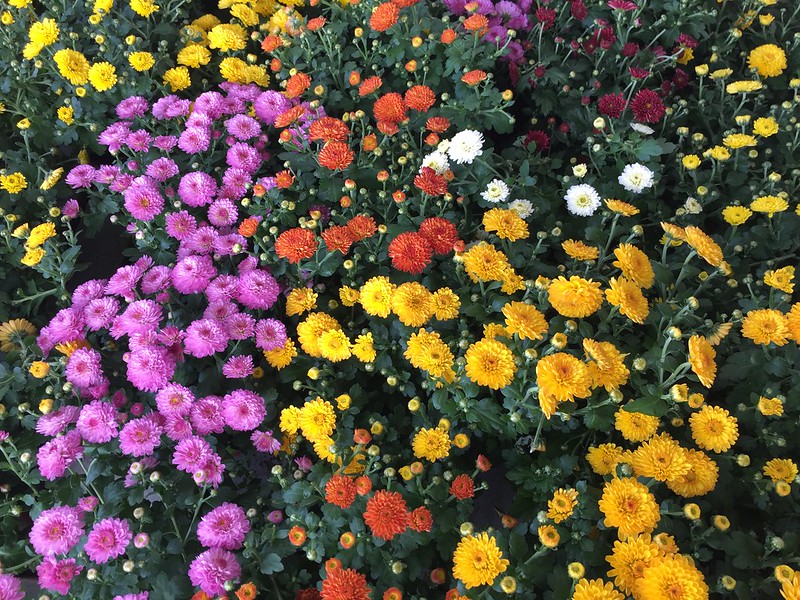 At least I think they are asters, perhaps they are mums. I took the photo in September, so they could be anything that flowers at that time and they are small. 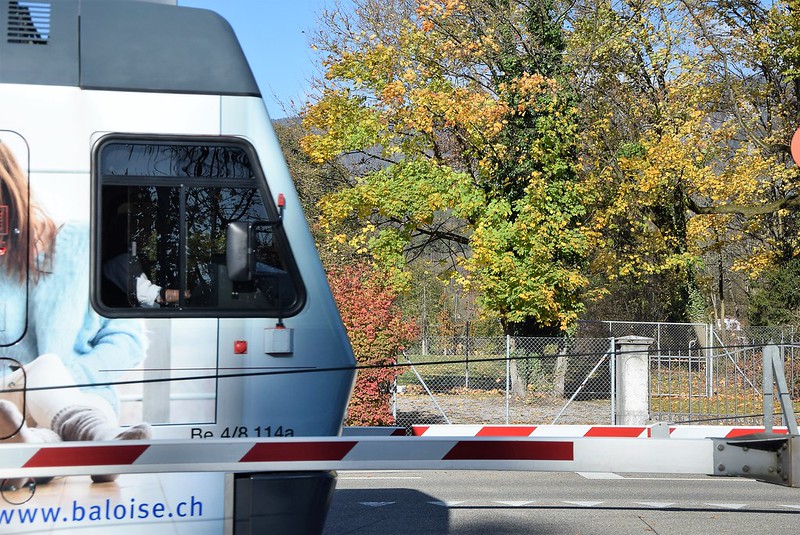 Waiting at the barrier for the train to pass 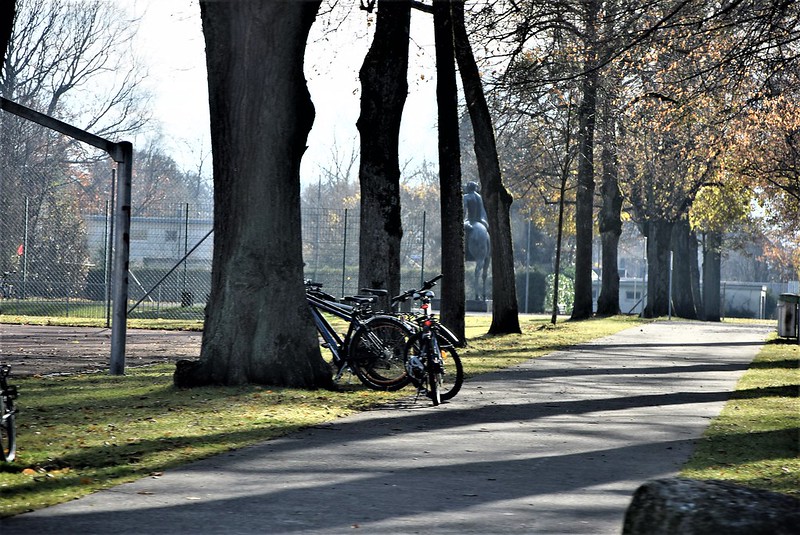 For cyclists and even a horse 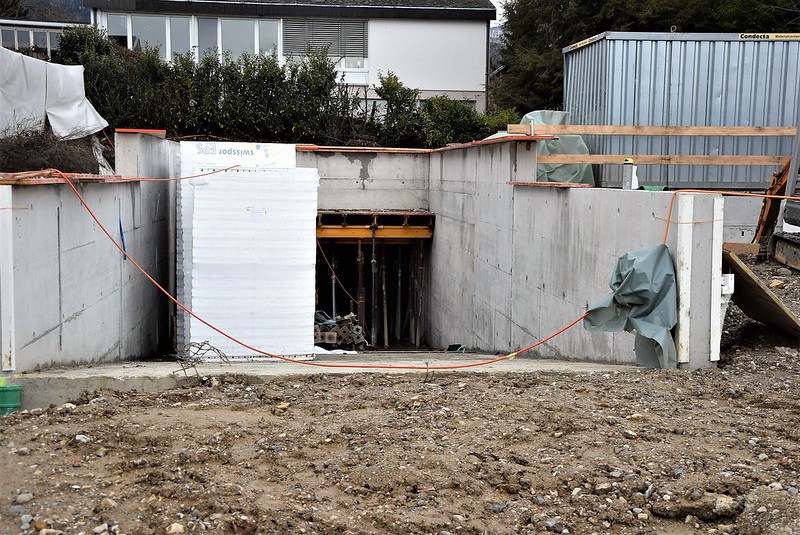 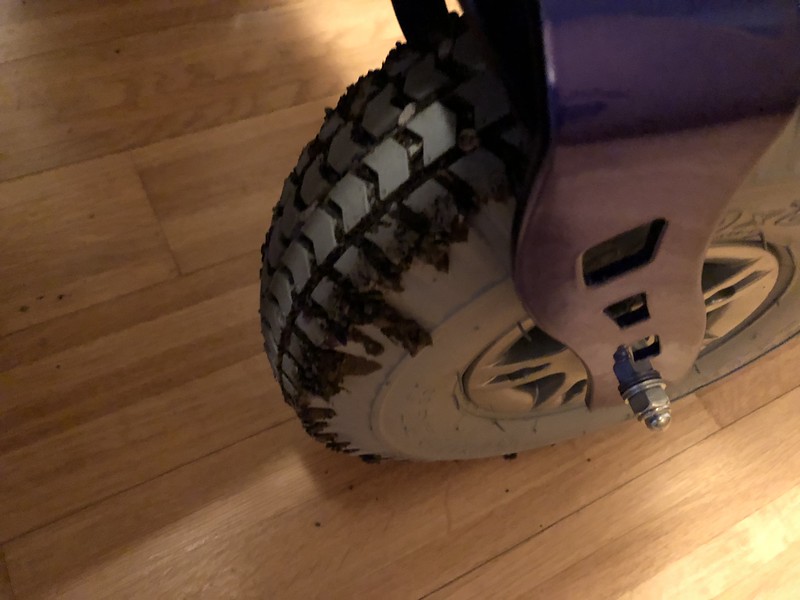 They were my departing words as I left for a wheelie in my chair this afternoon, and I really did mean them, honestly, but things never turn out as they should. I had been trapped at home for a week due to storms and a dentist visit. This morning was cold, but sunny and bright and time to go out this afternoon.

Unfortunately the sun disappeared in the meanwhile, but I was determined to go places and see things, with my camera. I had an idea where to go. It was a little further as usual, but I needed new food for the camera lens and so I departed and met a colleague on the way. She is also not so agile, walking on crutches, but we had a lot to catch up with which was not done in a blink. We parted ways and I moved on, up and down the kerbs and across the roads. And then it happened, it began to rain. I was too far away from home to return and so I wheeled on with my quest in mind. After a while the rain turned into a dusting of snow. It was time to raise the hood of my jacket, but I had my target before me.

There were a couple of good statues in the grounds of the local high school which I was determined to capture on the camera. After five minutes the snow and rain stopped and I continued.

It was then I decided that it was time to return home. I decided to cut through the cemetery. 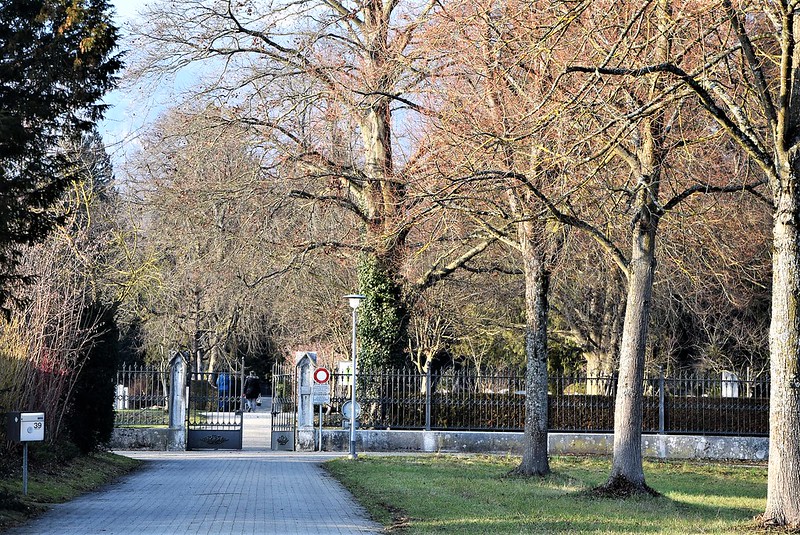 This was a mistake as in the meanwhile the terrain had become wet. The cemetery is not nicely paved, only in parts: generally it is stones and earth which tends to stick to the wheels of my trusty steed. I then approached the home run and arrived home safe and sound, a little cold, after almost 2 hours.

I now have a room where my wheelchair is parked and we are waiting for the wheels to dry out to be able to sweep the gravel, dirt and mud together. Sometimes good ideas are not so good.

Daily Prompt: Be back in a blink 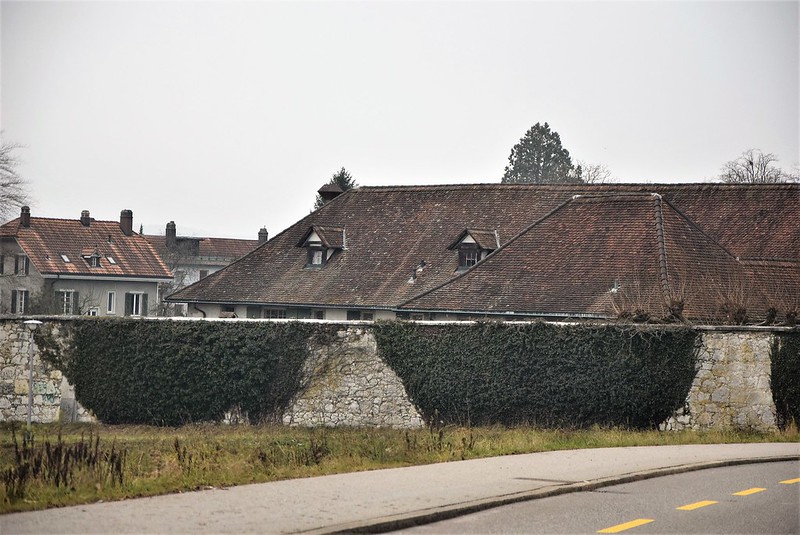 No actual photos today, but a view of one of the local monasteries, behind the brick wall. You realise how much you depend on the modern technics whan they do not work. I can tell you we have heavy grey clouds in the sky and nothing new on the Swiss front. We have been bombarded by wind storms over the past week. Trees fell and railway lines were blocked. Three storms, one after the other, visited Europe causing even the railway systems of Holland and Germany to completely close down.

Now it seems “normal” weather will prevail, whatver that is. It does tend to weigh on your mood. Since Monday morning I have not left my home. Wednesday would have been the morning where they let me out to go shopping, but a tooth intervened: not mine but that of Mr. Swiss and he had to pay an unplanned visit to the dentist to have it removed, combining it with the shopping. The patient survived, the tooth is now history and things are more or less back to normal. Teeth always play surprises. One day you can munch meat, nuts and all sorts of solid food and then some time a tooth somewhere in your biting mechanism, says leave me alone. Toothache is a persistant thing, arriving when you least expect it and the pain is monotonous and never ending. You are sure it will go away and it might for a few minutes but it returns with a vengence. At least that has been my experience in the past. Luckily our dentist is not far away and they can always fit these emergency sessions in somewhere.

Today they will let me out to go shopping. The week-end shopping list has been completed so now it is action time. I seem to be wasting my time at the moment. Yesterday evening I really intended to read further in my newest book, “Mr. Mercedes” by Stepen King, but first of all I completed my online jigsaw puzzle which took longer than I thought. In the meanwhile my favourite and only soap on TV, Eastenders began so I continued with my jigsaw puzzle and multiple tasked with the TV. In the meanwhile my washing was finished. Mr. Swiss collected it from the laundry room in the cellar and I hung it up. Afterwards I was ready to read, but I got some messages via cyberspace, answered them on my iPad and realised there was now only half an hour left for a reading session and it would be my bedtime.

I am not a very happy bunny at the moment. My photo programme is not working and time is disappearing, so II must move on. I just hope that today brings just a little bit of exciement and perhaps even better weather. Keep safe, see you around. 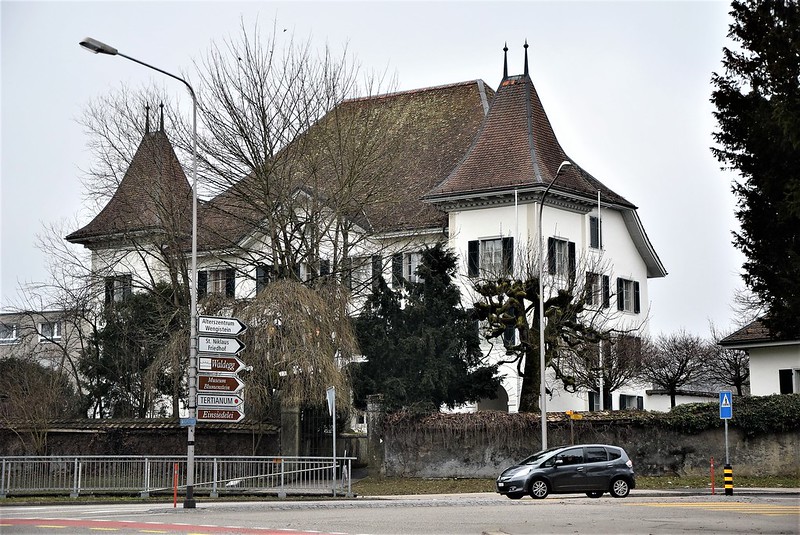