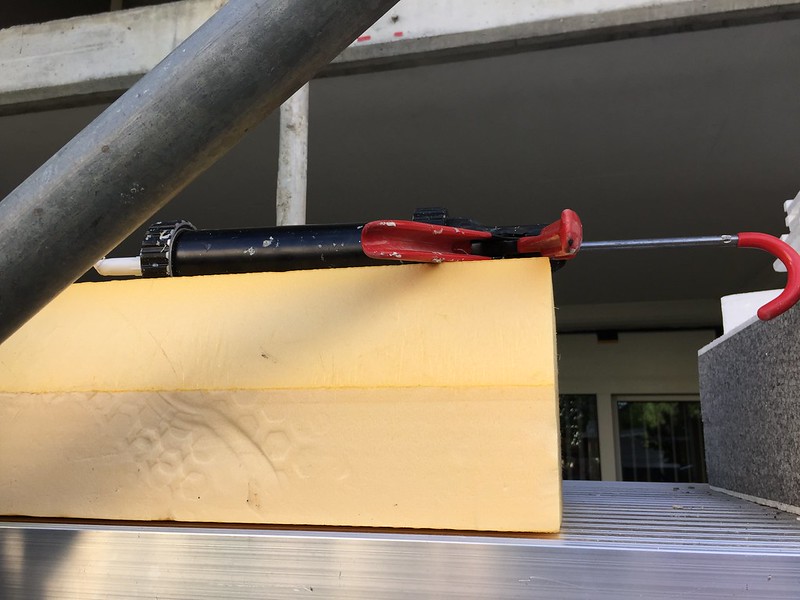 See on our building site 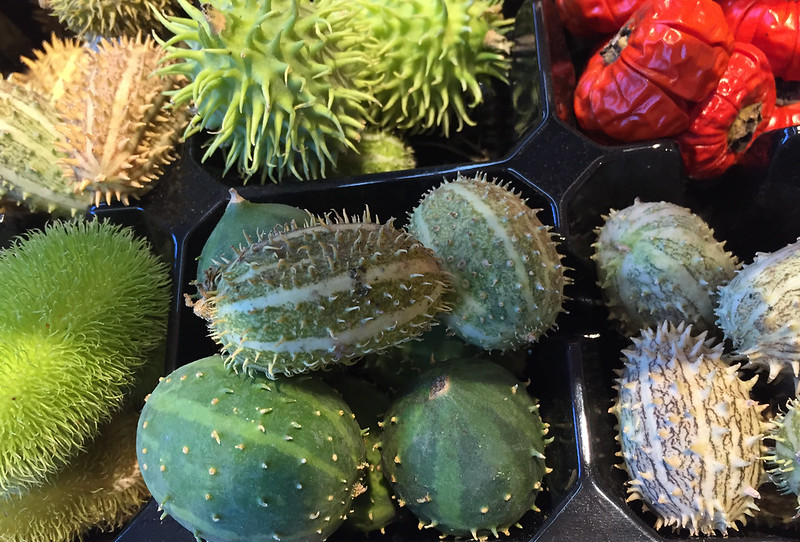 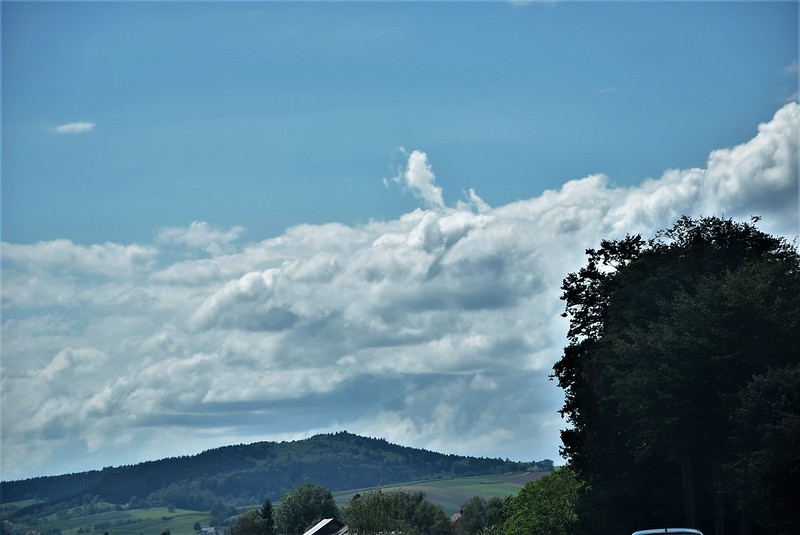 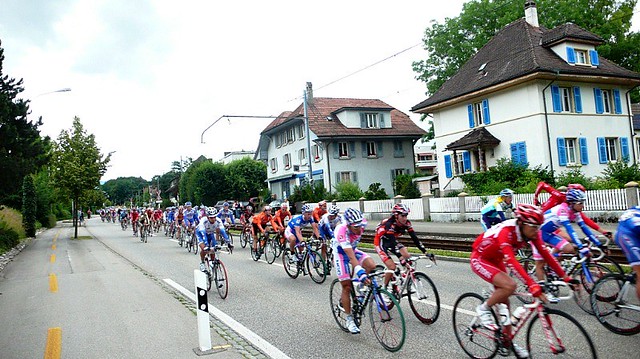 Tour de Suisse 2009 – Annual International Swiss bicycle race. Photo taken as they drove through our village on the main road.

Cee’s Fun Foto Challenge: Letter U – Needs to have the letters O and U in the word 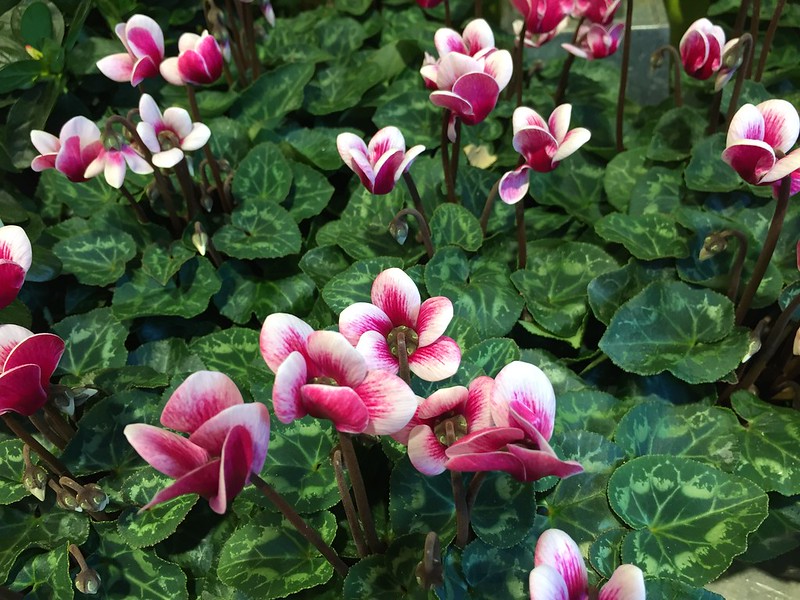 I love cyclamen, but they do not seem to like me, so the photos I have are from the store. If I have one at home, the flowers soon die and afterwards the leaves. I must be doing something wrong. 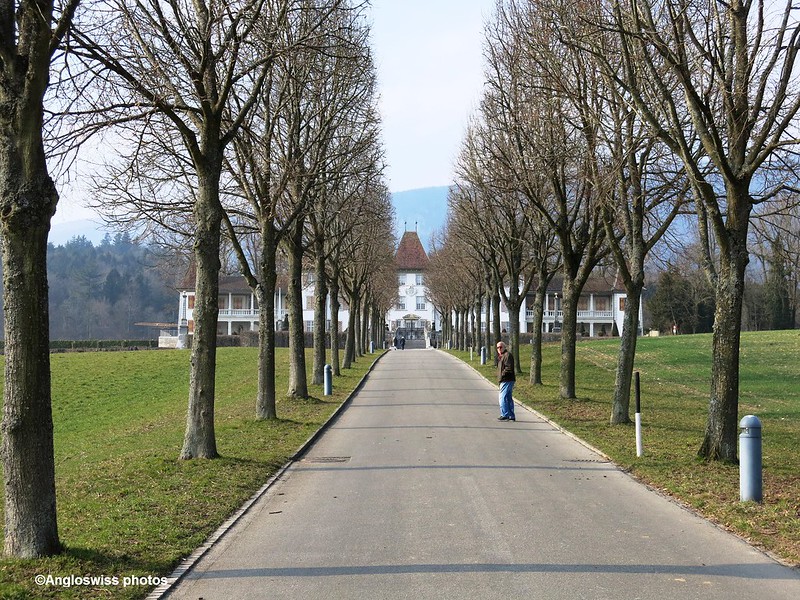 I had the brilliant idea of taking my wheelchair for a walk to find some brilliant subjects for my camera. I packed my bag with the DSLR Nikon camera and my zoom lens. I had my purse with some money although I have no idea why, as I was not intending to go into town. I had my route planned. Straight across the main road to the other side and up the path to the castle on the hill. The photo was taken in summer, the person on the right of the path is the famous Mr. Swiss. This was a marvellous opportunity to drive in the second gear of the wheelchair. There was no traffic, the path was empty. I noticed this second gear really puts a speed on the chair, even the motor sounds like a racing car. As I got nearer to the castle I switched back to first speed as I wanted to be sure that I did not lose the control of this Formula 1 racing chair. I even have a third gear on the chair, but I will try that one out later. I think the top speed is 10 kph. 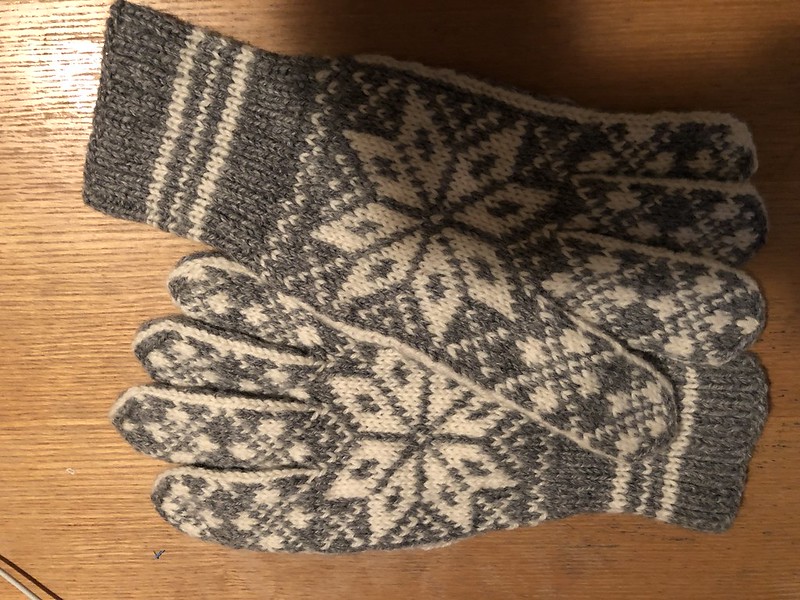 I have never really needed gloves in my whole life. It was not a necessity: perhaps garden gloves for avoiding the thorns on the roses, but not to keep my hands warm. I have pockets in my coat which are sufficient. However, when going out in a wheelchair you are sitting and not walking. I generally am warm enough in winter with my lined coat, but I now suffer from the cold hand symptom. My hands freeze and so I had to find gloves at home. Mr. Swiss offered his lined leather gloves, which I have never seen him wear, but I wanted something that would allow me to move my fingers inside the gloves.

He then produced these wonderful gloves with the Norwegian design, which actually do come from Norway.  They were some sort of gift from the Norwegians when he was there on a business trip in the olden days when he was still a working man. These are brilliant, just what I wanted. The size is perfect with room to move my fingers in them. The only problem I have is that I have to remove the righthand glove to take a photo, as the feeling is not the same when the finger is encased in a woolly cover for pressing the button on the camera. However they are ideal. For the first time in my life I am wearing gloves. 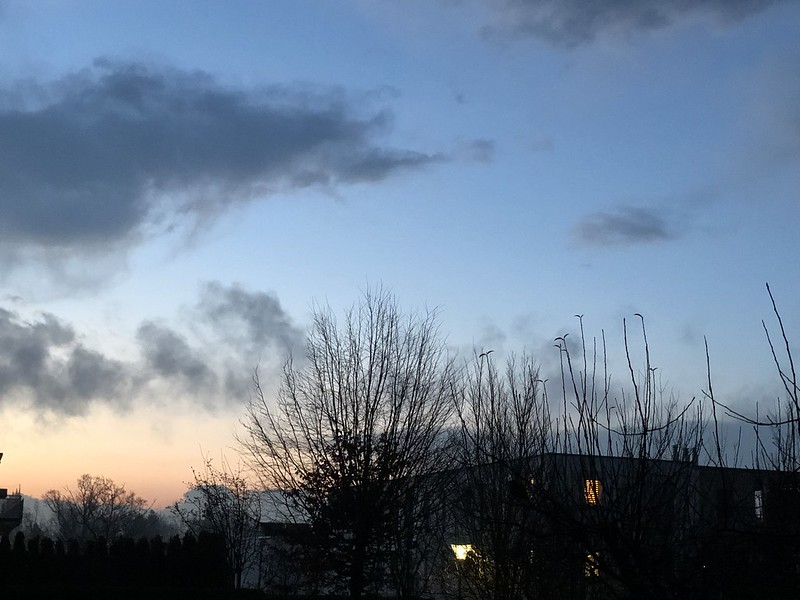 I like the early mornings when the golden sun rises slowly in the East, although stricktly speaking this is a view towards south, but the sun is on the left which would be East. It looks like a promising beginning to the day, although temperatures are only 4°C and this evening we are supposed to have rain, perhaps even a little snow.

Zermatt, one of the larger ski regions in Switzerland and home of the Matterhorn, is now completely in close down. No-one can get into the village and no-one can leave. They have so much snow with threats of avalanche that all the roads are closed. It is a general situation in the Kanton of Wallis currently with many parts cut off from the outside world. It is times like these when I am glad to live on the flat plain, so-called middle land, between the Jura and the Bernese Overland. We have snow and it can get precarious, but no problem with being cut off from civilisation. 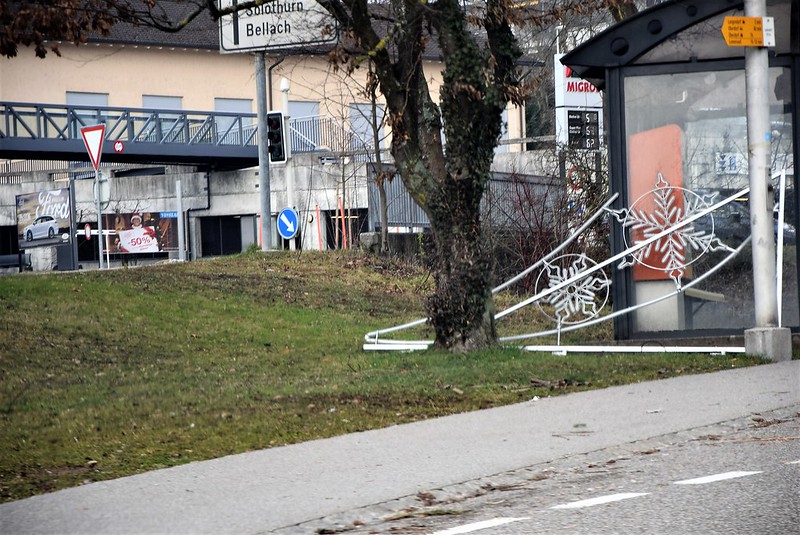 Yesterday was back in the old routine and a journey to the supermarket. I noticed that Christmas is now being removed from the road lighting, pushed to one side until next year in December, although perhaps the stores will now start stocking up on the Christmas attractions in June, just to be sure to be in time.

Our next big festival is carnival. That usually arrives, according to some sort of mysterious calandar to do with Shrove Tuesday and Ash Wednesday, some time in February. We call it Fasnacht and it begins at 5.00 a.m. on a Thursday morning where a thousand or more people gather in the local towns and go on organised group marches making noise with anything they might find: cow bells, rathchetts, brass instrument and a drum or two to wake up the ghosts or scare them away. I have no idea. I did not grow up with this thing, as it is not my idea of fun.

When the kids were smaller I was obliged to dress them up in some sort of disguise with face paint etc. carrying their noise making instruments, and go into town with them in the afternoon to join in. One of the lesser enjoyable parts of being a mum in Switzerland. The men would disappear all night with their colleagues in the various carnival restaurants and join in with the masked carnival visits, mostly women dressed up. They would approach the men behind their masks saying “Hey, you don’t know me do you?” Not my idea of fun. Now being a golden oldie, we are glad when we can avoid the noise and stay at home and the whole show only lasts a week thank goodness.

Mr. Swiss is now celebrating carnival all on his own with the vacuum cleaner making noise in the living room, so I will depart and join in. Have fun everyone, and take it easy. If you are bored you can always read what Mr. Trump is up to, which is always gives an amusing start to the day, or play with your computers. Take an example from a chicken, they always find something to peck around with. 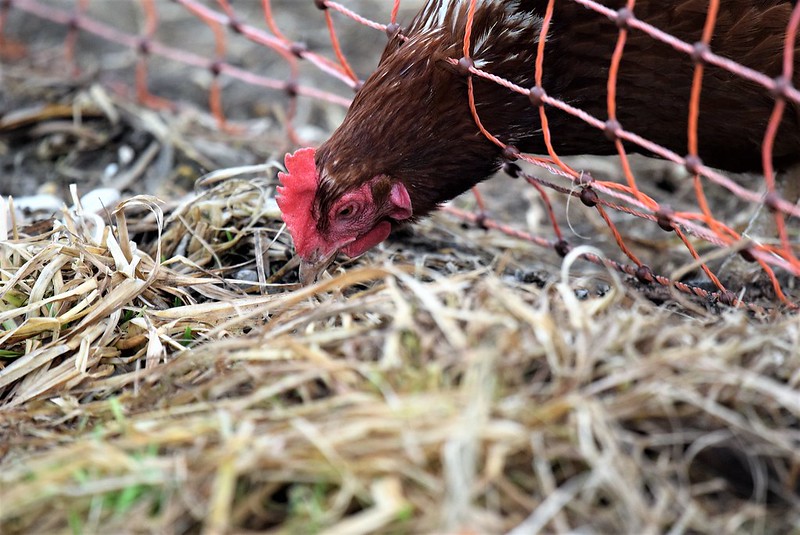