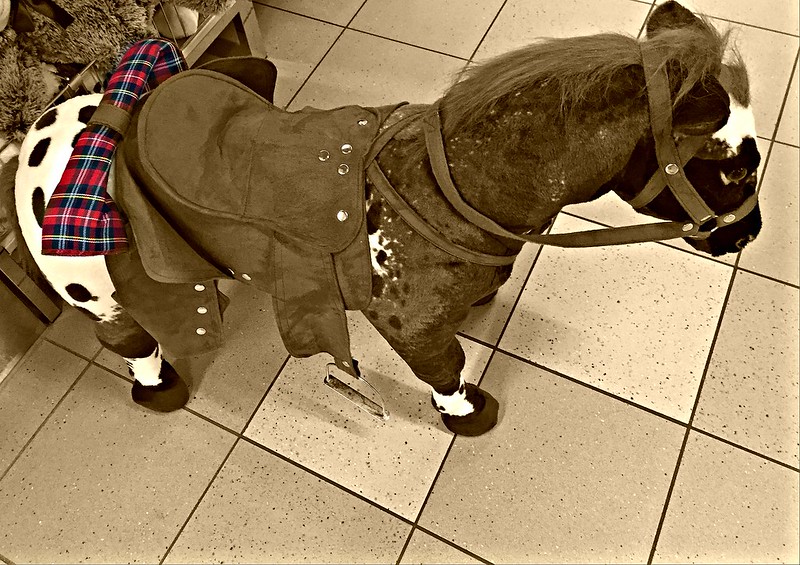 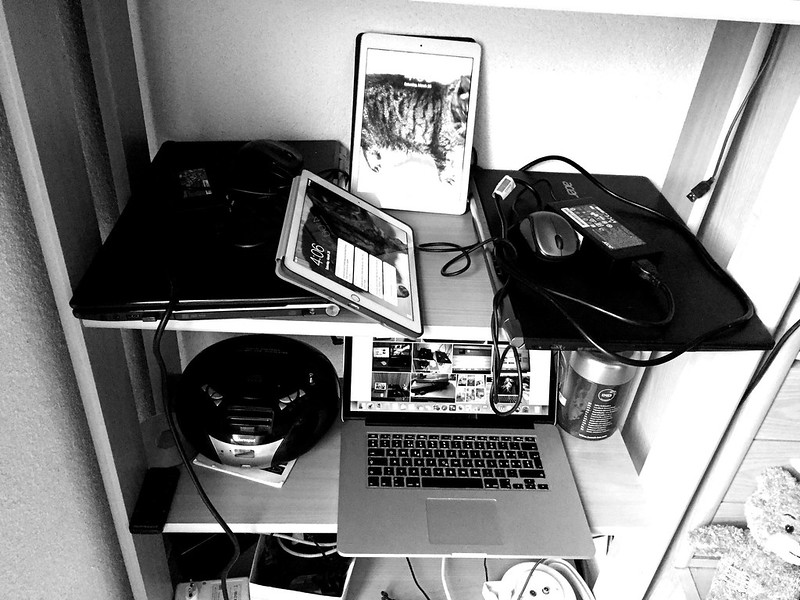 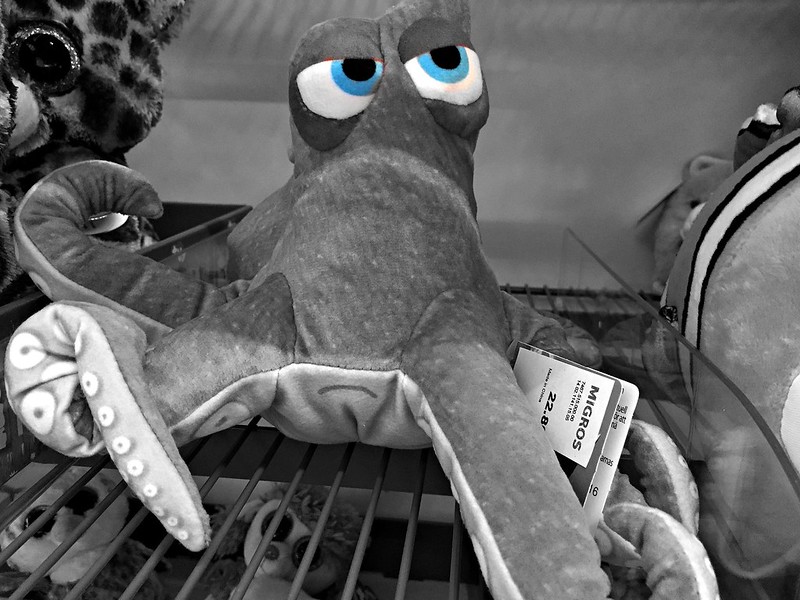 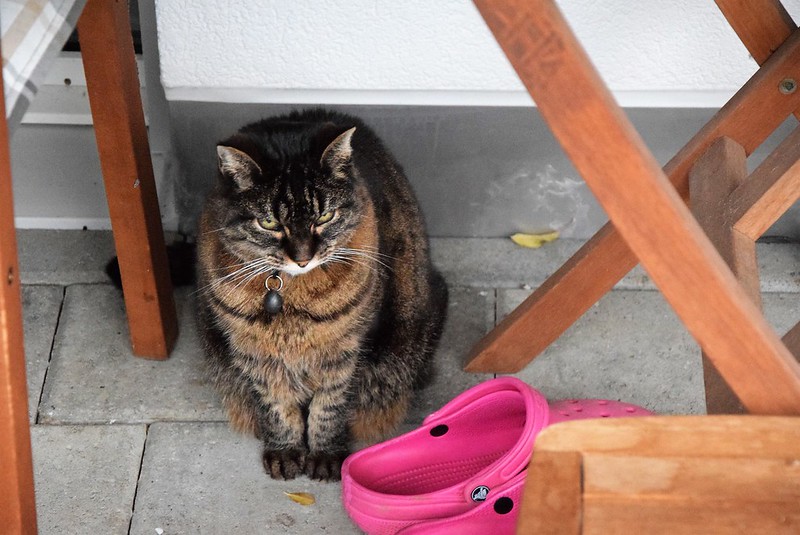 Tabby guarding the clog to make sure no-one takes it. This is the universal clog, the one that fits everyone and ideal for tramping around in the garden. They are waterproof and made of plastic – what could be better and they are shocking pink, well almost. 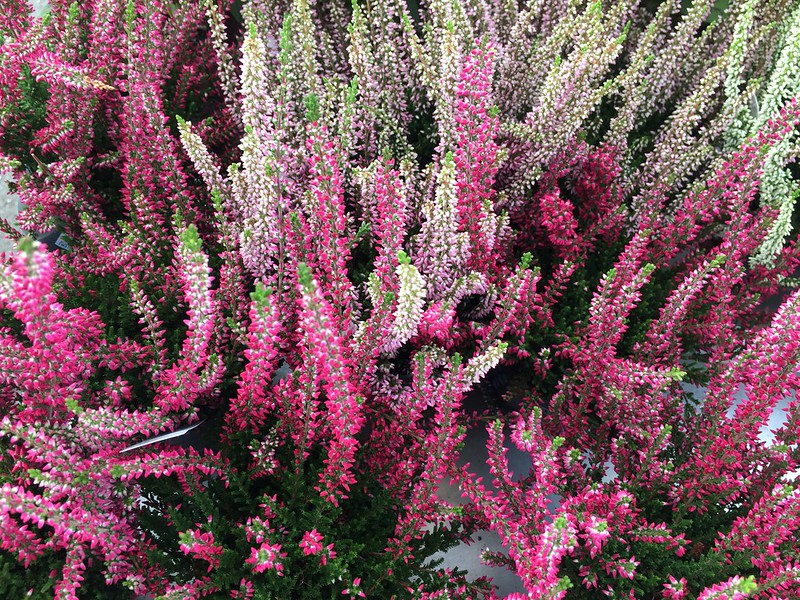 The mini heather, but look in the garden in Autumn 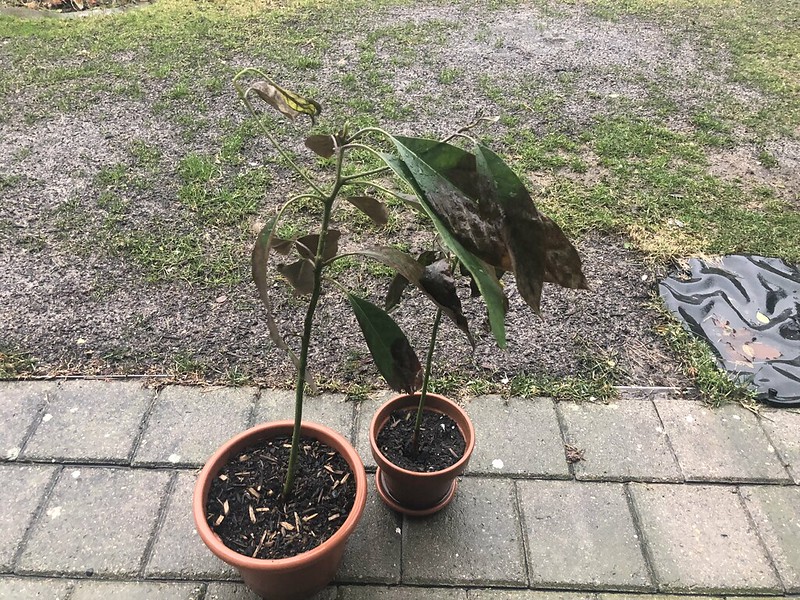 I cannot resist planting seeds. No matter how big or small, if they are in a fruit then I plant them with a vision of having an orchard of oranges and tangerines, even a kiwi or perhaps a pomegranate tree. Sometimes they grow and die whilst growing, very rare do they survive. The pomegranates were too much of a good thing as I had approximately 20-30 growing pomegranate seeds in a pot. They were not viable and died after the first two miniature leaves appeared.

However avocados are something completely different. They are not seeds but something else, known as  a pit I believe. Every avocado that has been mixed in a salad in my kitchen had its pit washed and placed in an egg cup balanced on water. After a while I pushed 3 toothpicks into the pit to suspend it over the water and eventually a root would appear. The next step was a small white shoot that would one day develop into an avocado tree, bringing fruit. 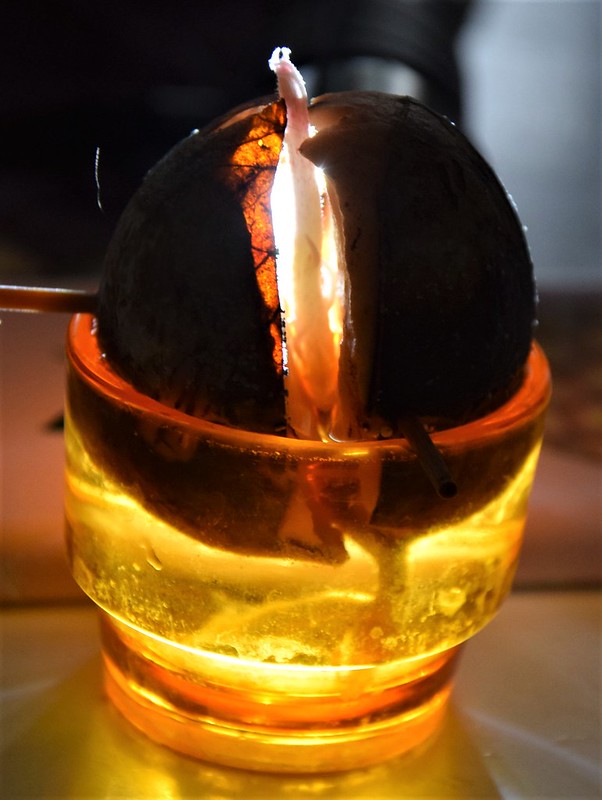 That is the idea, but often ideas do not develop as they should. However I persevered and two years ago, or was it three, I had an avocado that was growing strong. During the Summer months I kept it outside where it expanded and grew, but in Winter it was confined to the warmth of the appartment. Even avocados are not snow and ice proof. In the meanwhile a second avocado pit was treated in the same way. I now had two plants. the first was maturing and making more branches and leaves. The second one had a problem in summer due to being put outside too early and nearly froze to death. However, I looked after it and it again began to make new leaves. I repotted both plants to give them more room for their roots. After all they would grow tall and big.

It is now winter and they are both again inside, or were. There was a little problem. I noticed that they had brown leaves now and again. I examined the smaller of the two and saw suspicious little white objects in the draining saucer. I did not touch them and they were not moving. Just a figment of my imagination perhaps. The older avocado was also suffering. It was in a second covering pot to make it look nicer. I gave it water now and again and one evening removed the second pot and washed it out. Wait minute what was in the pot. They seemed to be bluish, but were not moving as I had already filled this pot with boiling water. It was then that I saw it. It sleaked across the top of the earth, it was bluish and very centipede similar.

That was enough for me. The pots were cast outisde in the cold weather, which was no longer so cold. They are still sitting outside and even survived our hurrican that passed through yesterday. I noted the next garden rubbish disposal is at the end of the month and they they will both be tipped into my garden rubbish container and collected. In the meanwhile I am keeping them outside hoping that whatever was living in the earth will die in the meanwhile. There are some things you should just leave alone. 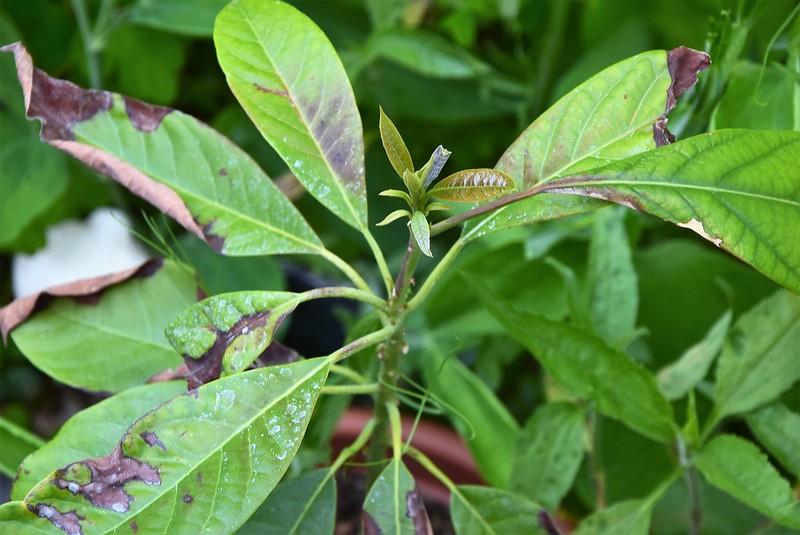 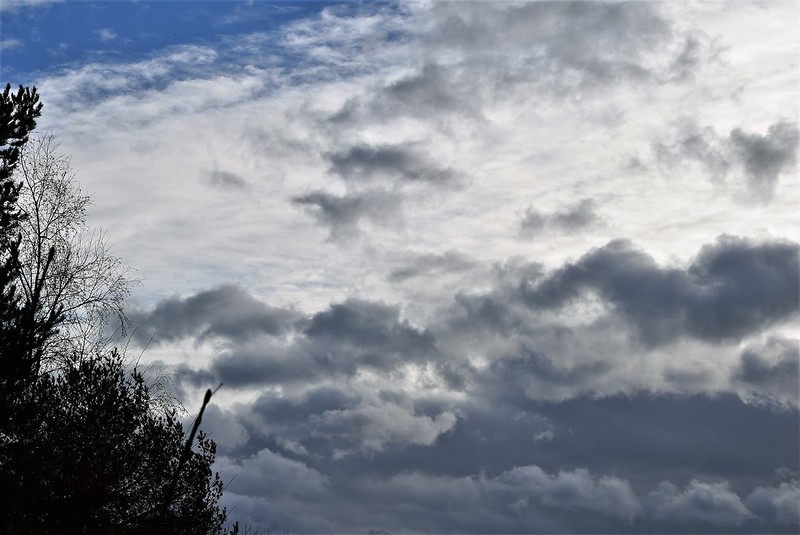 This was our sky yesterday afternoon whilst our Hurricane  “Burglind” was dominating the weather, although it changed very quickly. We even got blue skies with cumulus clouds in between, but the wind was still blowing. The clouds were moving fast. We are left with a few high winds today and plenty of rain, but the worst has now passed through. It seems that most of Europe had problems with stormy winds. We had temperatures of up to 12°C, but today a rapid drop which I prefer. There was no big opportunity for taking a drive in the wheelchair with the camera yesterday, but I manage to hobble into the front garden, despite the wind, and get a couple of leafy photos. 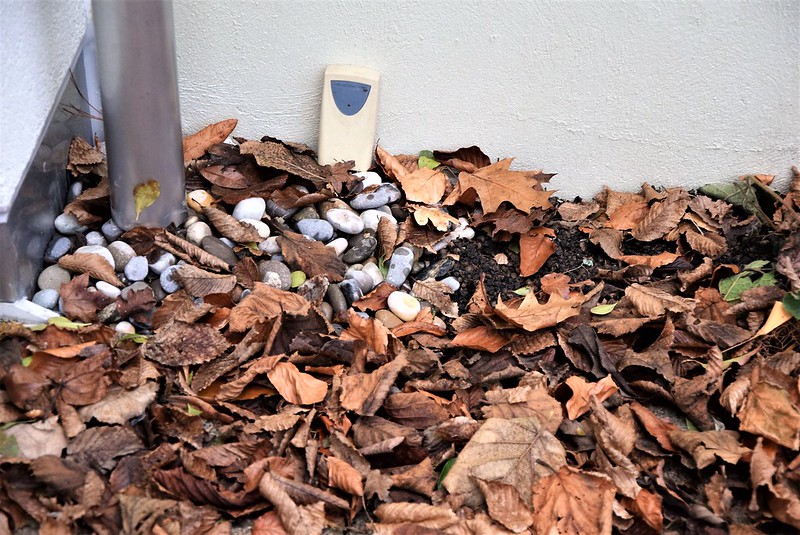 Actually the storm did me a favour as the leaves have now gathered together in one place in the garden. 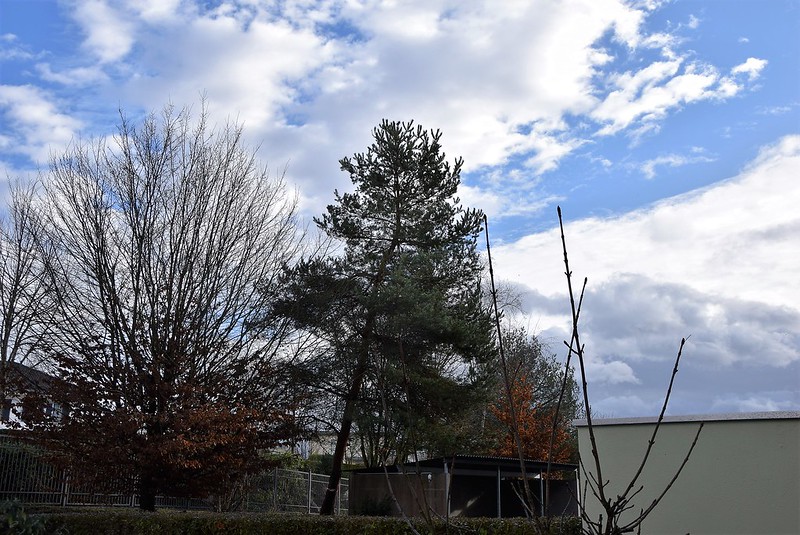 The tree on the right in the photo was already leaning before the sturm began and we were waiting to see if it would fall. After lunch the tree was no longer standing and was lying on the ground behind the shed. It had been there since our estate was built- We were lucky that it did not fall on our places. I assume that the gardening people will probably come and collect it today. There were many fallen trees after the storm and the roads became dangerous places. I was glad Mr. Swiss got some emergency shopping done first thing in the morning, when the storm had not yet picked up on speed.

Life is gradually back to normal, although I still have the feeling that Christmas and New Year are hovering around somewhere. We now have room in the fridge again. I suppose I should now think about my New Year Resolutions, but I did not really make any. I do not drink or smoke so I cannot give that up. I eat, of course, but have changed my diet a little. I can no longer manage big meals, although I eat enough and I have now cut out chocolate and sweet stuff after eating the main meal. It was really not so difficult and I should be more careful of my sugar intake in any case, diabetes and all that. I take tablets and am not on injections for that problem which I would like to avoid. I have enough to do with my MS injections every second day. I have the routine but they are the real McCoy  with medicine to mix in the syringe before injecting. 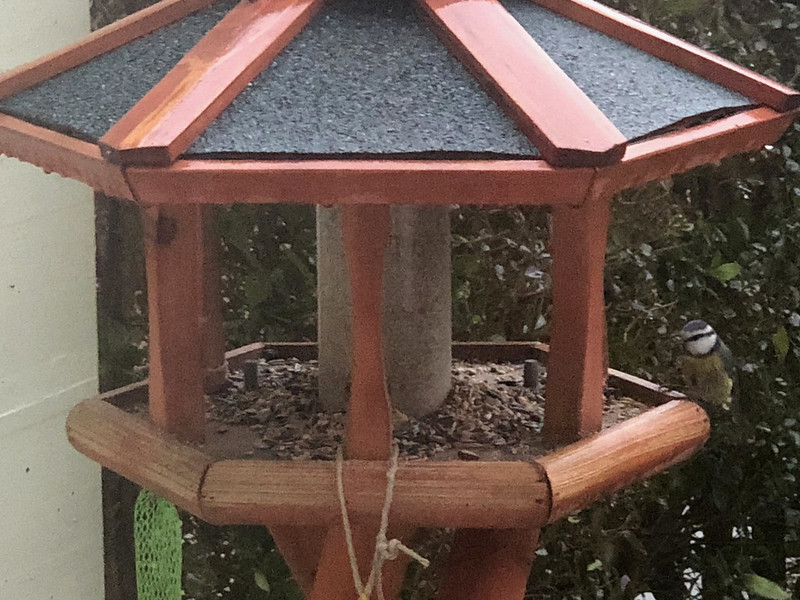 Although it was stormy yesterday the birds were still coming to visit the birdhouse and were disappointed when they found it was not there, as we had put it inside. Today the house is back outside again, but the birds are not many, probably showing their annoyance. However this one arrived for a peck. Not such a perfect photo, but with my mobile phone through the window, otherwise they fly away.

And now to go into action. Holidays are gone (except for the golden oldies like myself that are on permanent holiday) so I should do things in the apartment. No shopping today, that will be tomorrow. Already prepare a week-end shopping list again, time flies as the years go by.