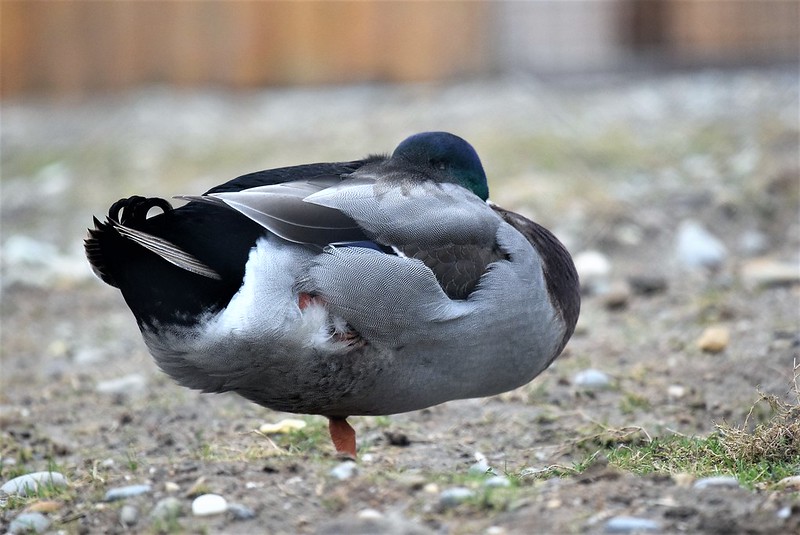 Not quite 50 shades of gray but going in that direction. 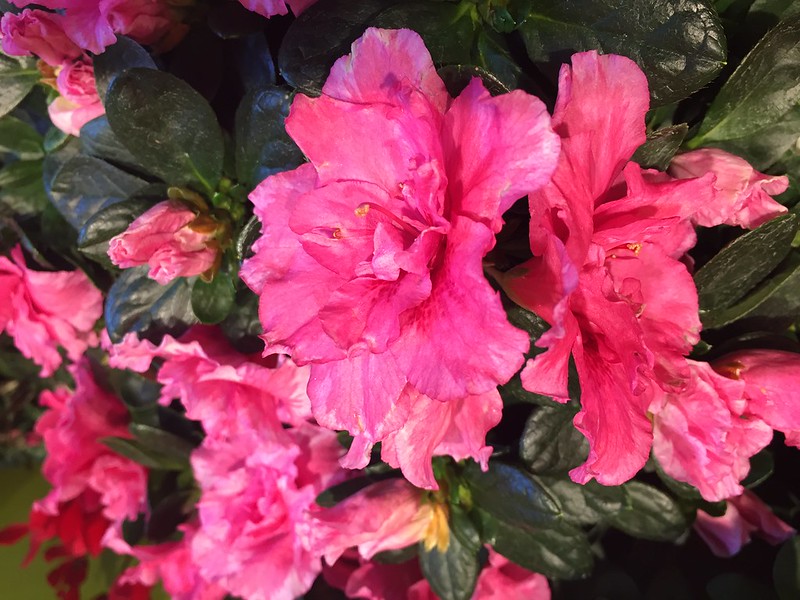 The popular end of the year flower to have during the Christmas season in the home. It is apparently a distant relation of the rhodedendron, although a miniature version. We have something we call alpine roses in Switzerland. You find them on the heights of the mountains growing as a wild flower, also a relation of the rhodedendron and very similar. 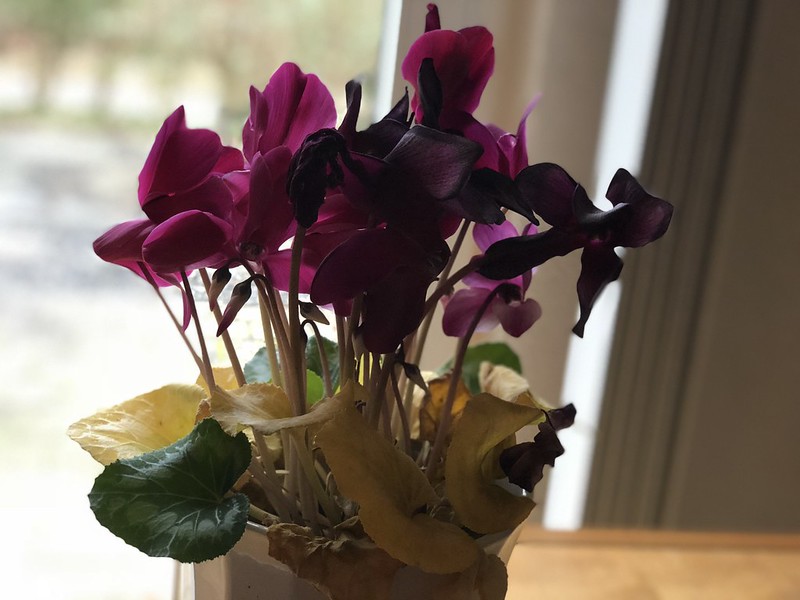 I will never understand a cyclamen. It declares war on me as soon as it takes up its position in my home. I give it light and love, I even talk to it. I had always had bad luck with cyclamen. They look at me in the flower store as if to say take me home and I do. This time I asked the assistant how do I treat this plant to ensure a long life. She knew it all, as it was probably not the first time she had to give instructions.

Above all, do not give it too much water and from below and not from the top. Now it was clear, all my previous cyclamen had been given too much water boarding treatment. I had suffocated them with cans of water, they could no longer breathe. Otherwise she said moderate light effects and talk to it regularly. She did not actually say anything about talking to it, but for me that goes without saying. Always talk to your plants: they feel wanted and loved.

And so this cyclamen entered my life and I really had good intentions. I left it alone for a few days and then I tested the earth for Sahara symptoms. It was a little dry on top and so I decided it must be thirsty. My plant had unopened buds and nice healthy dark green leaves, so what could possibly go wrong The lady in the shop said water about twice a week, and this was the first time. I submerged my healthy flowering cyclamen in a water bath, just a few minutes, and it sucked the water up happlily. Afterwards I drained it off and returned it to its place on the table near the window.

Soon came the time for the second watering of the week. I tested the soil, found it to be a little on the dry side and repeated the water treatment. Next morning I found the first yellow leaf. This did not disturb me so much as it had opened three buds in the meanwhile and produced about 10 new buds. I was convinced it was feeling good and happy and a leaf turning yellow is no big deal.

The next morning I had at least 5 yellow leaves and you can now see for yourself. The yellow leaves are outnumbering the green leaves. I have decided to now let this plant realise what drought means. I refuse to give it more water, even if it stretches its roots out for it. The leaves are still attached to the plant, but I am not sure for how long. I really cannot understand what I did wrong. Perhaps it is casting away the old leaves to make room for new leaves, although there are none in sight: just a hopeful thought,

I will never understand the workings of a cyclamen organism, but I will persevere. Perhaps it might resuscitate itself. 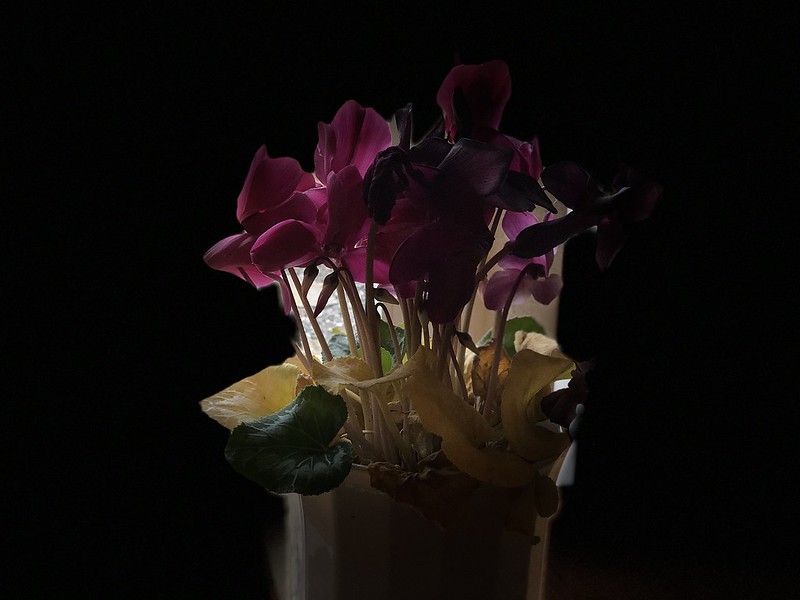 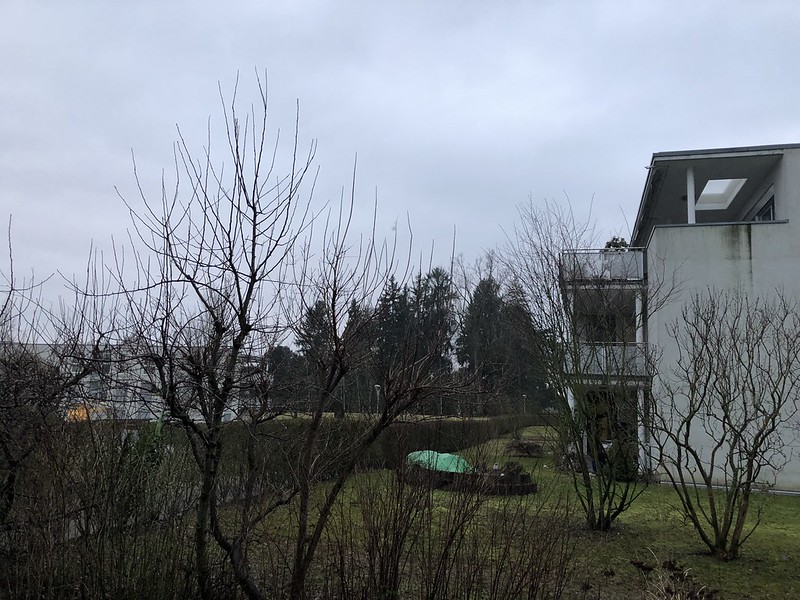 Looking for something to photograph first thing in the morning brought no astonishing results. We are back to a dull boring sky, but I suppose you cannot have the sunrise show every morning. We had a few drops of rain yesterday evening, but nothing dramatic.

My usual photographic tour to the shops yesterday had a small problem. I always have my camera ready for the event of the day and discovered it was not working. My next discovery was that I had removed the battery to recharge it and yes, forgot to re-insert it in the camera. However, where there is a cell phone there is a way so I took some photos on the way by phone. I discovered this is not a bad idea as no waiting for the right focus, just press and click and it goes quicker. 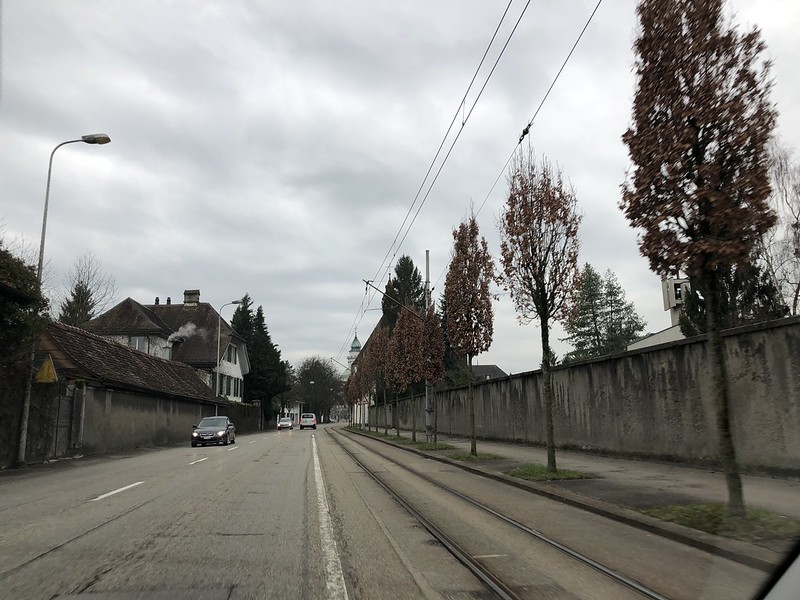 Even the road to our next town of Solothurn was a good clear picture with a view of the tower of our local cathedral at the end.

Yesterday was day of big shopping for the week-end, although I noticed we had more time than usual. I was finished earlier with my daily stuff and we were back with time to spare and nothing was forgotten. No. 1 son is off to Zürich today so it will be just Mr. Swiss and myself, how romantic. The candle is already burning on the kitchen table, but that has become a daily habit. Since my wonderful daughter-in-law constructed the arrangement for me I always light it up at the breakfast table. Makes a good start to the day.

Since becoming a granmother almost 5 months ago I also get photos almost daily of Alexander the Great’s progress in life as my son lives on the other side of Switzerland. The great story this week was that he has had his first swimming  lessons. A little baby floating in an indoor swimming pool, under supervision of course, in a special inflatable swim ring baby size. He was quite happy, no cries and paddled his way around. I think this is really a good idea as with time he will lose all fear of the big water and who knows, we might have an olympic swiming champion in the making. 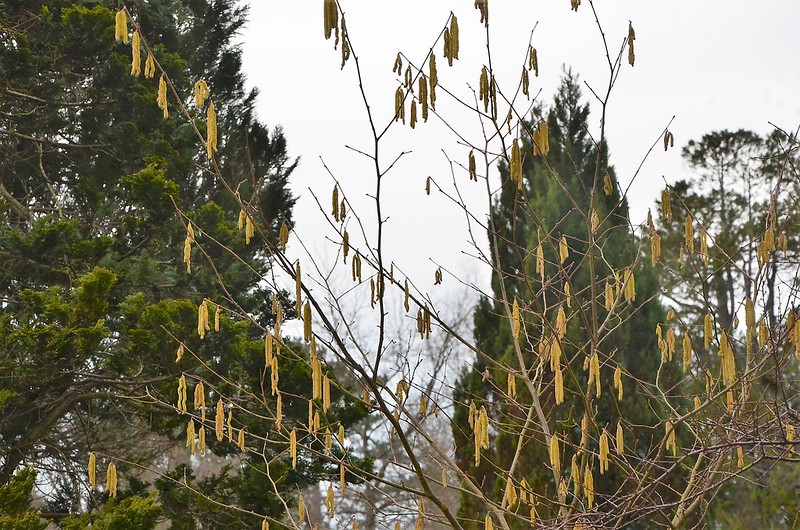 We are really getting strange weather for this time of the year, temperatures up to 14°C which usully only arrive in spring. The trees are already showing their pioneer troup of catkins and I spotted the first crocus in my garden this week. 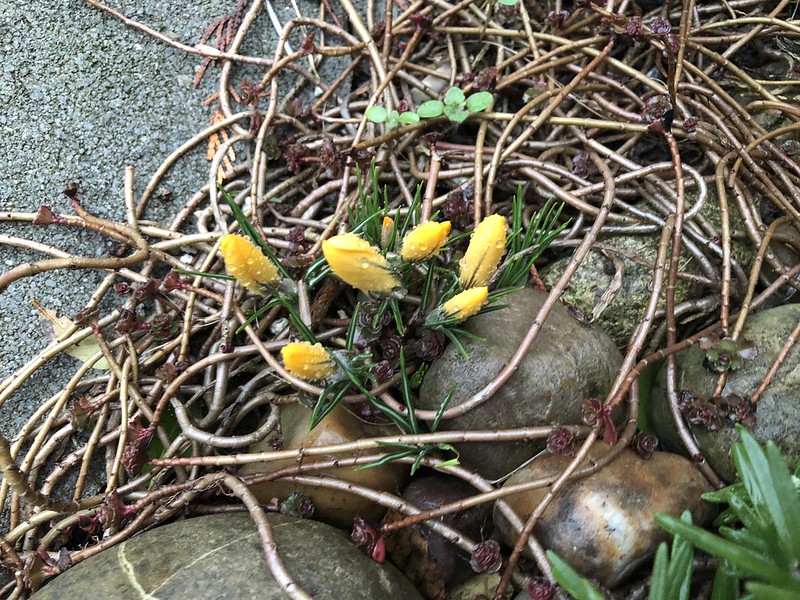 I took the photo a couple of minutes ago. It is not raining, the water drops are from the early morning dew. During the day the crocus opens up, at last the spring is approaching slowly but surely, although we are only at the end of January.

I will probably take a wheelie in my chair this afternoon, the weather remaining dry, there are places to go and photos to take. I have now begun to explore the byways of the area, sometimes not even going where they go to. There is always a photographic surprise around every corner. When I belonged to the walking population I never bothered with the small side streets, but they also have their charm, although now and again I do get strange glances from people on their balconies or working in the garden, wondering what a golden oldie in an electric wheelchair with a camera is doing.

And now I am on my way with a vacuum cleaner and mop and later will be doing some physical therapy with my iron. There will be duvet and pillow covers to be ironed which will be done to the accompaniment of phone in discussions from the Leading Britain’s Conversation radio station, or perhaps I will be listening to the American Jazz 24 radio station in live streaming.

Enjoy the day, it’s Saturday or when you are sleeping it will be Saturday. I will be back, a promise, not a threat. 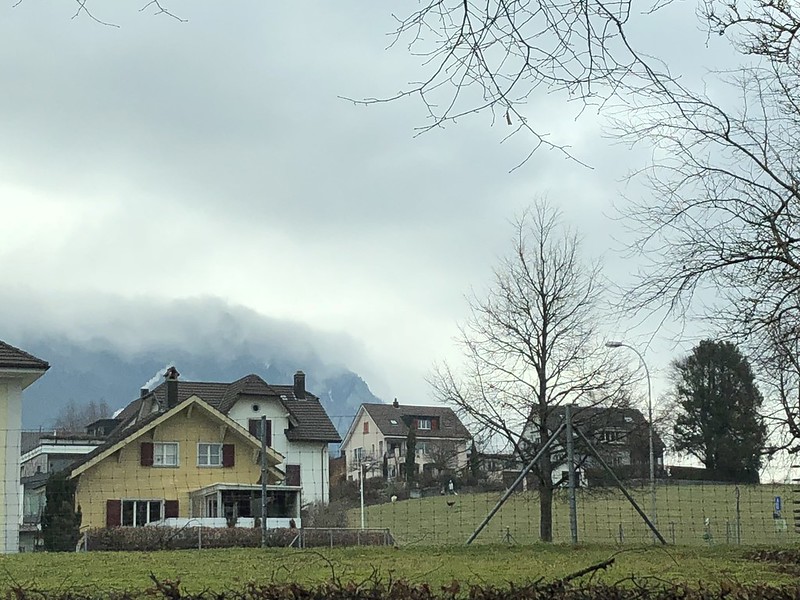