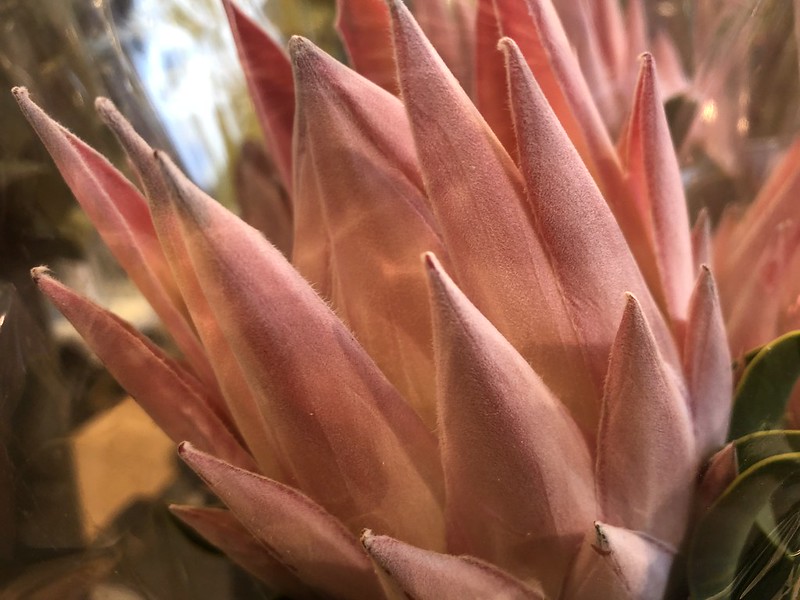 That’s the name of it and it certainly is a king with a crown looking like that. 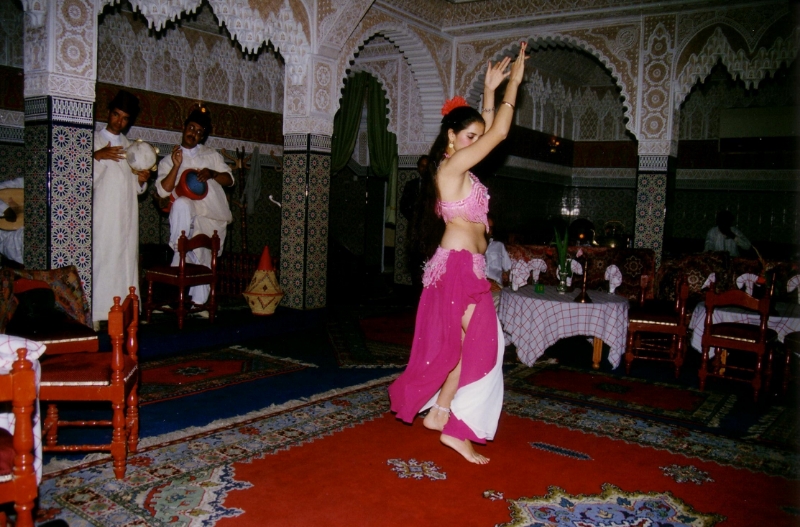 She was certainly moving somewhere in Marrakesh in a night club, much better than I ever could.

Most of my long distant movements are now made in a wheelchair, but I can still do it at home with the help of stick, walker on even a piece of furniture in the right place at the right time.

It is sometimes a strange feeling when I am in town or even shopping and I see others, also golden oldies, that can walk normally one step after the other, even run for a bus. I often think it used to be me. In the meanwhile I watch the others dancing. And now to go and give the garden some water, but I can do that holding onto my walker.

And so I feverishly searched in my archives for the photo of a taxi, but found none, and I have travelled by taxi in Switzerland and GB but never thought of taking a photo of the taxi. I avoid taxis when possible because they are expensive. If there is a train or bus I get there also eventually.

My last taxi journey was a week ago when I had to get to the eye doctor. I was forbidden to use my car because I would have eye drops and they would distort my vision for a few hours. I would have needed an hour to get to the doc by local train. The train would be fast enough, but afterwards I would have to walk from one side of the main station to the other to get to where I had to go, through the foot tunnel. And performing that task with a walker needed time and so I ordered a taxi. He was a friendly taxi driver and got me there in time and was very helpful with my walker. After the visit to the doc I travelled home by local railway and tried the foot tunnel with the walker. I was no longer in a hurry and it worked very well and was a lot cheaper. The worst part was the local train afterwards to get home, which was quite shaky to say the least. The five minute walk from the local station to home was also laborious.

This afternoon I took a wheelie into town with my chair and on the way home what did I see? Yes, a taxi, waiting in the middle of the road. I managed to get a photo, although from a distance as I did not want to annoy the driver. However he had disappeared into one of the appartments to fetch his passenger. As I wheeled past he was helping a handicapped golden oldie (like me but even more golden and oldie) into his taxi.

We have many various taxi companies in our little market town and you have a choice when you need a taxi. You recognise the taxis by the sign they have fixed to the car.

A view with a difference from my back yard this morning (actually front yard) showing the Jura again, but it is one of my favourite local views. I was busy writing and noticed that my new peppermint plant behind the computer also wanted to get into the act. I always have a mint plant somewhere. I planted one in my garden bed but realised that I must get one for the kitchen. I had an invasion of flies and bluebottles this week when cooking. Since the mint plant moved in I have not seen a single fly. They keep them away. I noticed this last year and it is really a good remedy against the unwanted specimens of the third kind.

This was also an invasion in my garden. Before the hot temperatures arrived we had a few days rain (rain? what is that?) and it was an open invitation to the slug population with their 300 teeth each to have a munch on the plant of the year, which was my hosta. I have three types of hosta, but this one seemed to be the choice of the year. It is now full of holes, but perhaps now has a chance to at least not to get worst as the slug population have now returned to their earthy graves waiting for the next rainfall.

My other large leaved hostas are probably too big for a slug meal and they are surviving and showing their flowers. I even have two baby hostas growing from their seeds this year, which I have never had before. I always leave the seed pods until the last minute, and this year I have success.

The good news is that it has cooled down. We now have a temperature of 17° C in the morning and there is a cooler breeze blowing through the apartment. Even our weather report told us that is now time to air out your home. It is really a wonderfully refreshing morning in the kitchen this morning at the computer. Windows are opened and I can even see the leaves moving to the rhythm of the breeze on the trees.

I treated myself to two potted white roses yesterday in the supermarket. They always sell them during the summer. I had a red rose in a pot, but unfortunately it gave up. It flowered and afterwards the remains were burnt by the sun.  I am keeping this one on the porch on the table where it will be more sheltered.

I was dreading the expedition to the supermarket yesterday afternoon in the hot sun, but it worked OK. They have air conditioning and I have noticed that afternoons are never so crowded. Most housewives like to do the shopping in the morning and afternoons are not the chosen time for a shopping trip. Although it was Friday afternoon there was plenty of breathing space. As I arrived at the car in the special parking spaces for handicapped after completing the shopping,  I decided to try out the settings for some fresh air. I know, another silly idea of mine, but I have had this car since the new year and never needed this up to now. It is a so-called “clever” car but you still have to find some things out yourself. There are so many buttons to press for airing the car but I chosed the one described as AC and afterwards I got a further choice. Again I chose rightly and now I have an automatic air system in the car keeping it at a constant temperature of 22°C which is fine by me. I am sure after having the car about 10 years, when I will then be 83 years old, I will know how it functions. 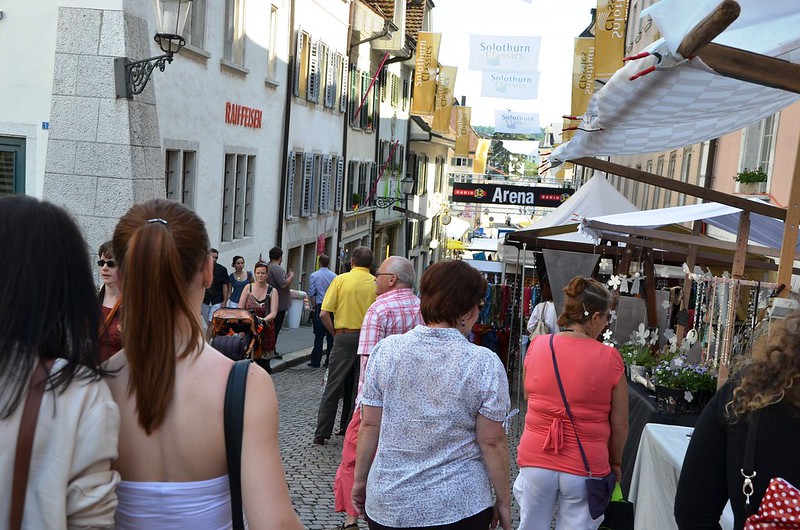 This week-end is the market festival in our local town of Solothurn (a photo from a few years ago). It began yesterday evening with music in various places, food stalls everywhere and a general place to meet and have fun. It continues today and I will probably take a wheelie this afternoon  through the crowds. An advantage of driving a wheelchair is that everyone makes room for you to pass. Thank goodness the weather is now behaving better and it is no longer such a still heat. My No. 1 son has already signed off for the evening meal. He will be in town during the evening until the early morning hours most probably. I used to help out on our first aid stand in the years gone by, but now I am a case for first aid help myself.

And now I am off to deal with my daily chores, and I can only say thank goodness for a little cooler temperatures, even if it will rise to 30° C, but we have air again. Keep safe, enjoy the day.