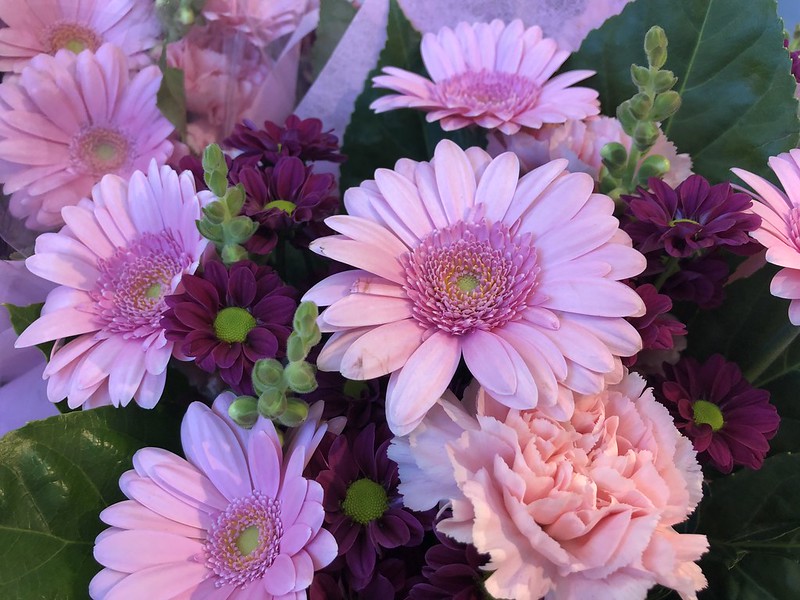 Gerbera are such a perfect flower: each petal in its right place and so exact.

Why was this pigeon hiding its head under the wing? He probably saw the photos of Mr. Trump arriving in England standing next to the Queen with his new hair style. Where is our carrot head gone? Trump now has the Tony Curtis look .  The Queen even gave him a gift of the book “World War 2” by Winston Churchill. Of course it was a first edition. The funny thing is Mr. Swiss has this book in his possession, in the German language of course and definitely not a first edition. I must admit I have never read it. I very much doubt if Trump will ever read it. Perhaps the Queen should have given him a comic version.

I can really understand this pigeon. And here he is again, doing what all good pigeons do to. 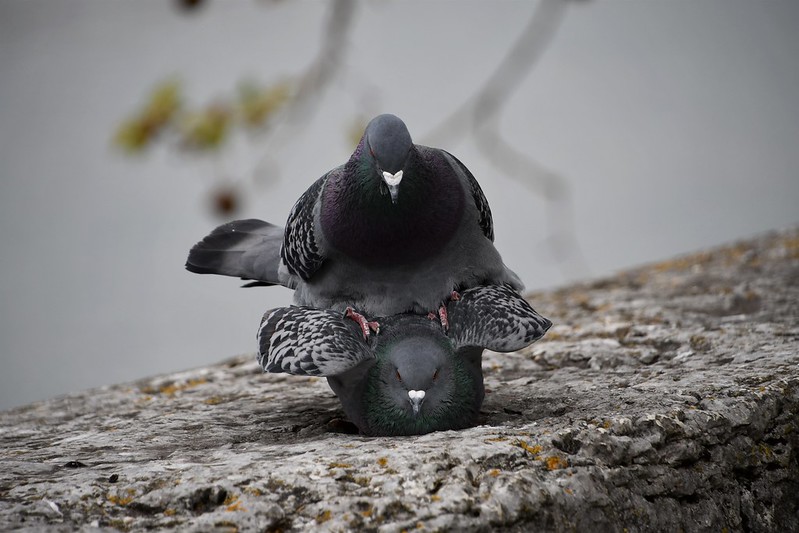 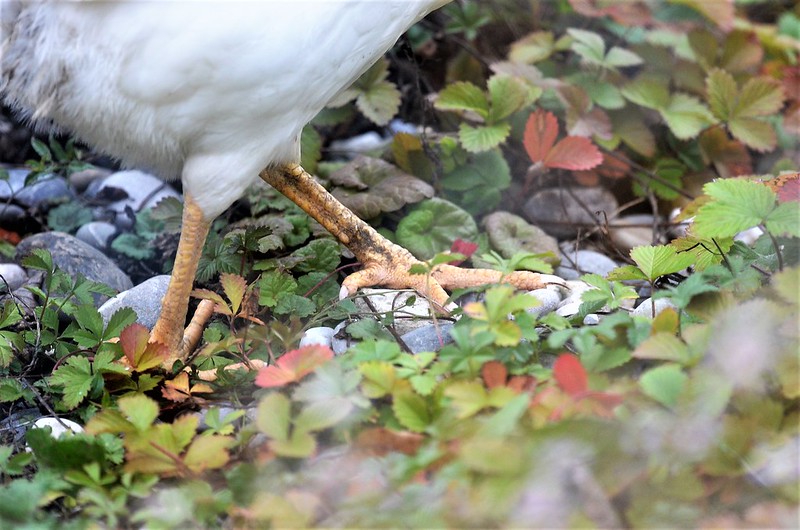 I no longer chase, but seem to be the one who is chased and today the chase was on. I have just returned from the store after completing my mission of buying food so that we do not starve over the next two days. Time is important for me as I no longer have as much as I did when Mr. Swiss and I shared the daily tasks of life. It is now I, me and myself that does the shopping. Today was a special one as I had to purchase a few items in the mall on the ground floor. This means before the food is dealt with I have to take the lift down. No problem, but when you forget to go to the chemists for Mr. Swiss, which I did, it means repeating the downwards journey.

Eventually I arrived in the supermarket section and began to work through my list, removing the items I had bought. I got to the butchers and there was a young lady with a  baby in front of me. She was not European, but Asian. She asked the saleslady if she also spoke French (probably because that is the first foreign language you can expect from a Swiss), but she was out of luck. That was when I asked her if she spoke english. There was a look of gratitude on the Asian lady’s face and she had a few questions  concerning the meat.

Afterwards I went on my way, and met her again in the store where we got into a conversation, the result being that we are actually neighbours, not only in the same village, but in the same block. She remarked that I looked very familiar to her.

Of course this all takes time and when I wanted to leave the supermarket in my car, the guy arrived with a new supply of trolleys, blocking the path for everyone, so another 5-10 minutes were added on my time.

And then I was on my way home at last. Just as I was approaching my village the telephone rang in the car. I have one of these connections were you can talk on the phone whilst you are driving – no problem: the problem being that I have not yet discovered how it really works. It is probably quite simple, but I prefer to concentrate on the road and steering wheel than talking on the telephone. Of course it was Mr. Swiss, so I decided to ignore it as I was now approaching my home. I arrived safely with my three bags full of shopping and he said I am not usually so long on my shopping trip. I should really learn how to answer the phone in the car.

Lets begin the day with a view of the Bernese Alps and some clouds above that I saw on a wheelie up to the local castle. The Summer days are now arriving and with it the wonderful views over the flat Bernese Plane down to the Alps: something I really treasure about living where I am. 52 years ago when I arrived in Switzerland I was stationed in Zürich. They also have their mountains, more in the East of Switzerland, but you never got views like this from the town. You had to drive further to see anything like it.

So after dealing with lunch yesterday and having a  golden oldie midday sleep, I made my way in my wheelchair to see something completely different.

The first sight were the horses grazing behind the side path of the local railway.  I always make a stop in my chair and take a few photos. They are usually grazing on the field.

I then wheeled on further and eventually arrived at the stables on the other side of the road where this horse was waiting to have his photo taken. On the way I drove through the cemetery.

although there was not very much action there. The graves have now been planted with fresh flower arrangements.

I had a stop over at the farm, but there was not very much action there either.

There was only one chicken available for a photo, although I heard the rooster somewhere in the background. At the moment there is not very much happening. They shifted the movable chicken coop to the bottom of the farm which is difficult for me to reach in my chair and that is where the chicken action is, with laying eggs etc.

However the cows were out making the most of the weather.

I eventually arrived home and discovered I had quite a bit of stress in front of me. I had photos to deal with, a bite to prepare to eat and a garden to water. In the hot weather with no rain there is a negative side to it all. I also had a few items to iron, but eventually I was finished and could relax in a chair for the rest of the evening, although I had a shopping list to create for today’s supermarket safari. It is going to be one of those stressy weeks again as next Monday the country closes down for one of those stupid holidays, Whit Monday, and I will have to plan for the shopping. I do not mind. I have a car and the store is not at the end of the world, but I do miss the days when Mr. Swiss was active and would come with me. They are just things that change for the future and you really did not calculate, at least I did not.

As long as I have my computer and remain mobile I am OK. And now to move on. Keep safe and well and those that are not so well, get well soon. I am now off to an appointment with the shower and making the beds (something Mr. Swiss always did, but has now become my chore). There will also be a little bit of house cleaning involved of course.

And our Jura mountains are still there in the background.