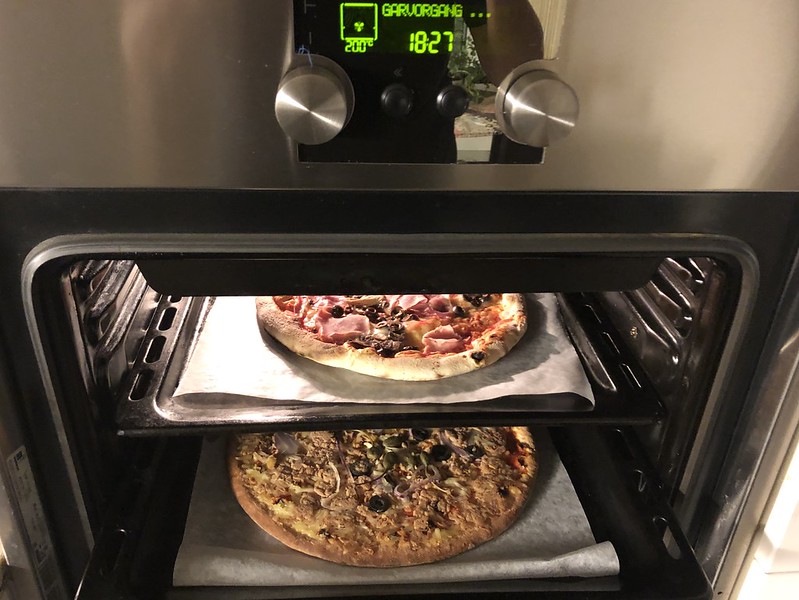 “How long do they need?”

“One needs 10 minutes in the oven and the other 8 minutes, but I will put them both in for 10 minutes. I will go in the other room. When the oven peeps for the correct temoerature, let me know.”

“No, just leave it, forget it. I hope I hear it in the other room.”

And it peeped and she heard it in the other room, but the person sitting next to the oven did not. A little more intervention would be good now and again., although no problem, the pizzas only have to be baked, no rocket science. In the meanwhile the timer is set on her iPhone and it sounds. There are some interventions you need to jolt the memory.

And after 10 minutes the pizza was ready to eat. 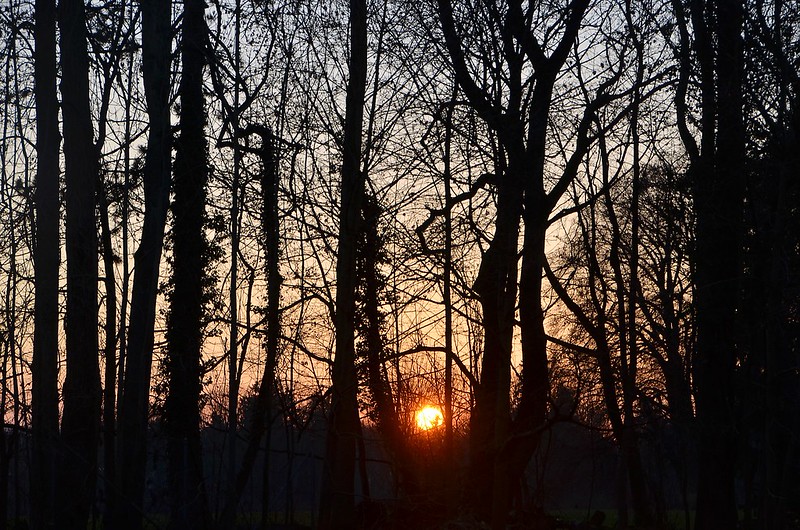 A Week ago I was coming home from a wheelie in my chair towards evening and captured the sun as it was going down behind the trees. It was not the solstice, but probably a dress rehearsal.

We have a town, more like a larger village, near us where it is tradition to celebrate the solstice in  Summer. The village is called Oensingen and somehow, way back, they had a connection to the Druids, which is probably why they make such a big thing about the solstice. The big celebration is in summer when they have a firework display. They have a web site, but all in German. I found a translation of part of the site into english and am including the Google English translated link, although this is only pertaining to the Summer.

I have never been to the celebrations, but it is quite spectacular I heard. They do not celebrate in Winter.

Otherwise I find such events interesting and they are something actual and not based on a story. The solstice happens, the shortest day in the year. Today is very dark and dismal and there was no glorious sunset. 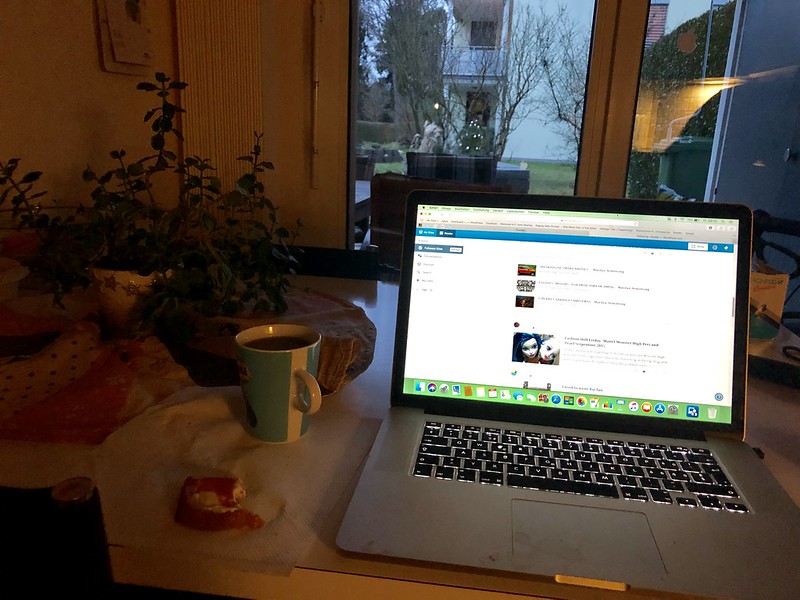 Here again, but not so long. There are things to do today like a shopping trip to start the Christmas endurance test. Otherwise today we have high winds, something about a wind with a name for a couple of days, but no hurricaine. I do not mind as long as it does not snow.

Had another experience yesterday, which I did not expect. Since breaking my leg I had to adjust a bit: not too much and I really do not feel any problems with the leg now, everything seems to have healed completely. However, I can still not just climb into the bath for a shower in the morning. My left leg refuses to life high enough. No real problem, I can sit on the edge of the bath, which is wide enough, and slide into a seat which I have suspended over the bath. However, this seat decided yesterday to bend and sink meaning that I was stranded in the bath and could no loger stand.

We are now experienced with these things, so Mr. Swiss phoned the emergency for an ambulance. It was a little embarrassing for me. I had already showered and my head was full of shampoo as I was washing my hair. No-one could get me out of that predicament at home. I could no longer stand. Eventually the ambulance arrived and two strong men entered, but wait a minute. They were not wearing the normal ambulance uniform with the fluorescent yellow jacket, no, they were dressed in dark blue. Ok in the meanwhile I had manage to pull on something decent, although in the bath, to save my embarrassement.

One of the men gave instructions and lifted me onto the edge of the bath and from there I could leave the bath and stand in the horizotal position again. They asked if I had any injuries, which I did not, just my pride was a little injured. Then the younger of the two guys said they see a lot worst things in their job. Their job? yes they were two policemen that the ambulance service organised. They told me they often help out when it is not so serious. So now I have had it all: two ambulance rescues this year, plus a broken leg transport and now the police are also looking after me. I must say they did look good in their uniforms.

Of course I now have to work out how to shower in the morning without my bath seat, which we have prepared for the next rubbish collection, although I think I can do it from the built in platform on the bath. I am glad I am not burning any candles in the apartment, or smoke as I do not want the next visit from the firemen.

Today the car insurance guy will be calling past to finalise details for my new car and also mentioned would combine the discussion with suiting our general insurance in case we had anything new to add. The guy from the dealer also called in yesterday to get a couple of signatures because the insurance will now be in my name.

And now to move on, get showered (if I survive) and off to the supermarket. I will clean the place up when I return. 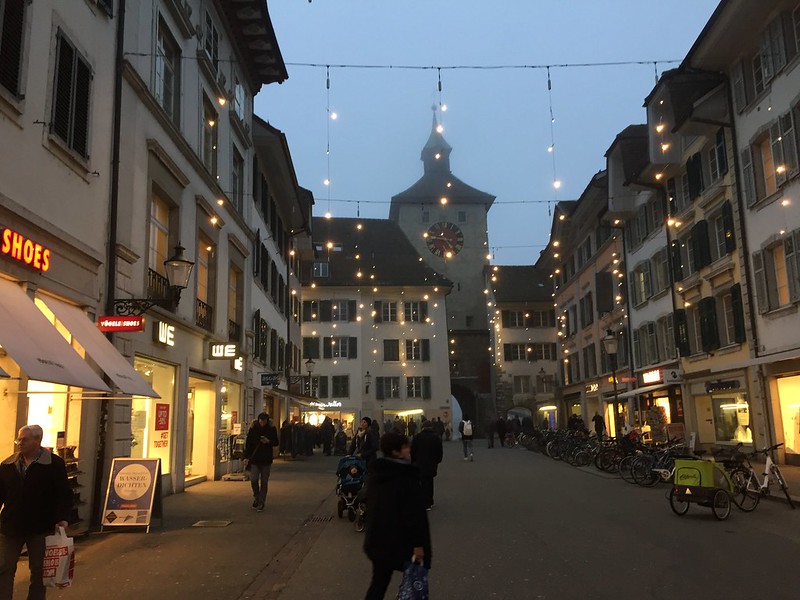