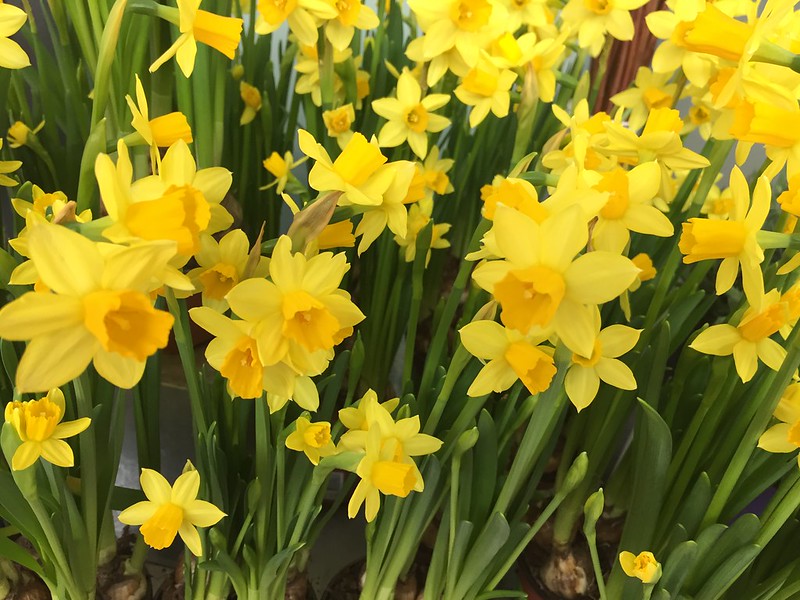 About time I brought some daffodils, before they disappear completely. 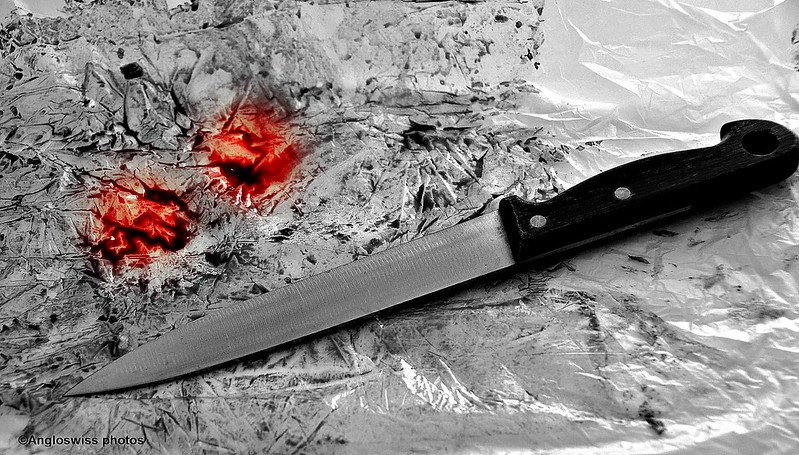 No animals were harmed for this photo, just a slice of liver. 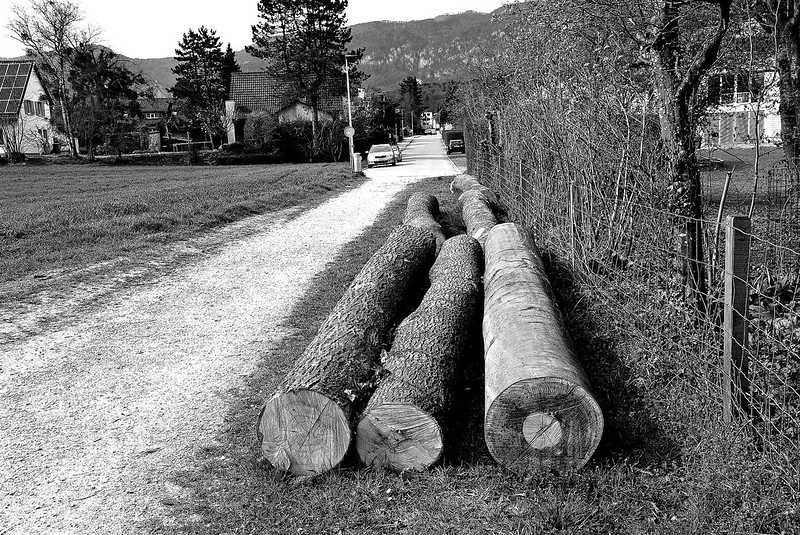 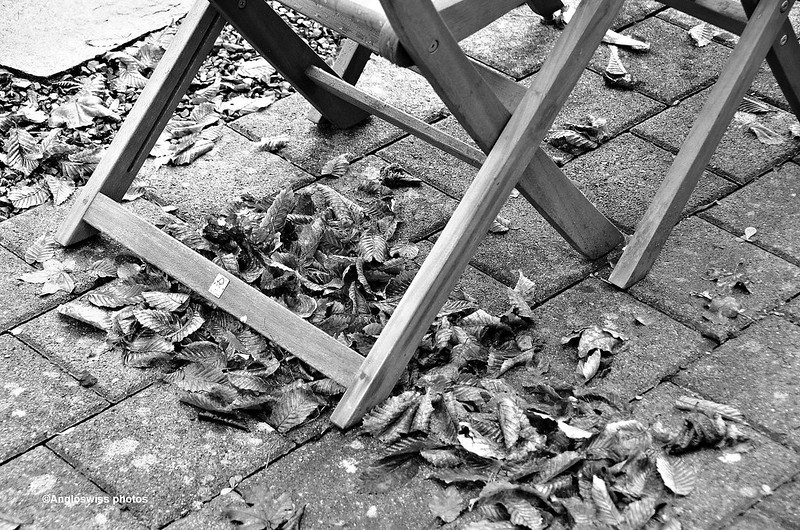 And the fallen leaves. 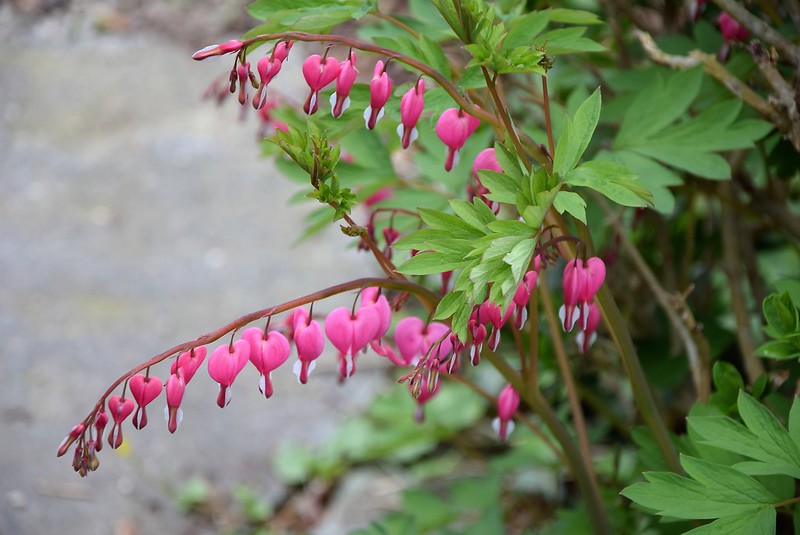 Fresh from the camera, my bleeding heart are flowering, one of the first flowers in the year. Don’t eat them, they are not to be confused with wild strawberries. 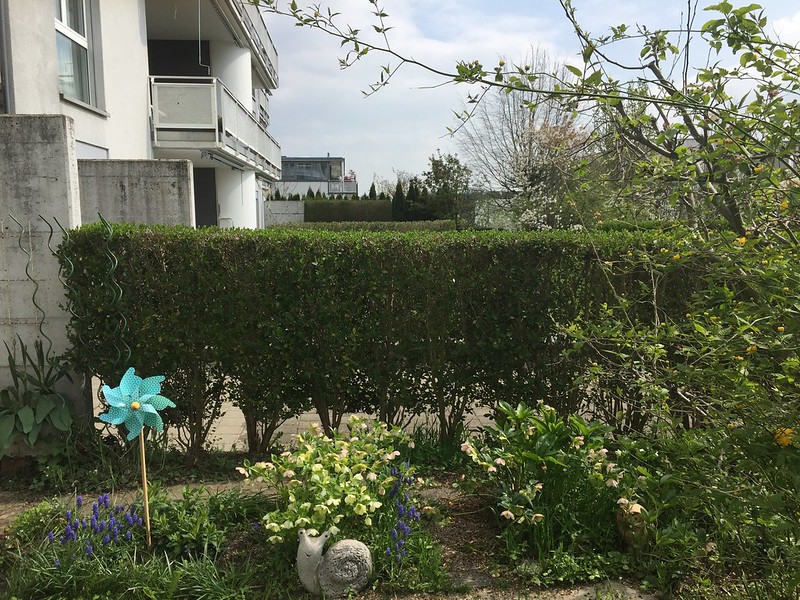 You see this fine hedge on the photo. The hedge that shows this is my territory, keep out, yes, exactly this hedge. It has now been given a death sentence. Our living quarters are going to be renovated. They will be planting metal poles in the ground and the hedge is in the way. The hedge never did any harm. We cut it and trim it to keep it tidy. We even pay a gardener to do the work, to encourage its neat growth. According to a letter we all received, these hedges have been given a temporary death sentence.

Temporary: not for ever, just for the Summer 2017 of our life they will be removed, their roots ripped from their anchors of life and transported to an unknown place. We have been told they will return again and be replanted. They are not lost forever. They are in the way. They are an intrusion to the work force that will be removing the plaster from our walls. The hedges are a nuisance in the way and they never did anything wrong. Man is all powerful. Man removes disturbing objects.

The Damocles sword has been hanging over our heads for a long while. We knew it would be happening, but did not know when until today. A garener was seen walking with one of our new leaders who can decide on the  life and death of a hedge. He was pointing his finger: here and there, and the finger was seen pointing to this hedge: from the wall on the left to our apple tree on the right. There will be no mercy. Every root wll be ripped out of its anchorage, perhaps there will be fatalities.

What has this hedge done wrong to deserve such a fate. It is quite simple, it is in the way. In the way of men and machines and scaffolding  and the destruction that will be wrought in the name of progress. When our summer is finished and stolen, the hedges will be redeemed to their rightful place we were told.

Today the philosophy is be ruthless, what is in the way is to be removed. 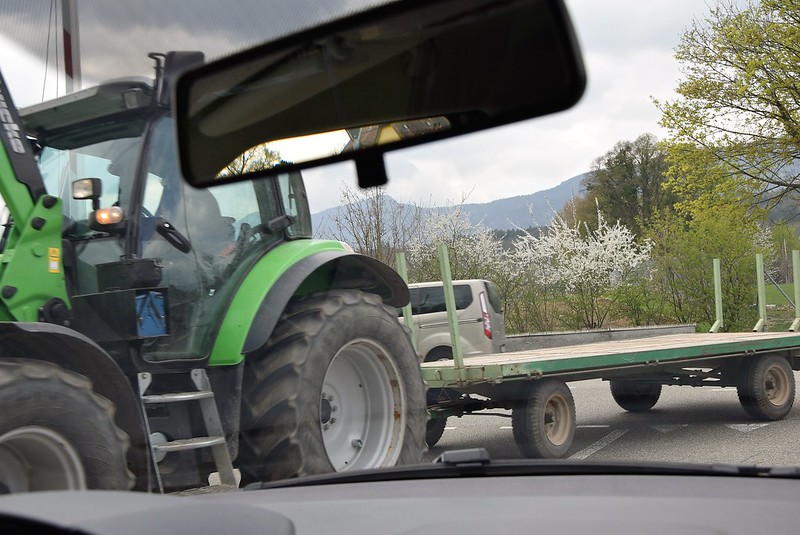 Why show such a photo that went wrong, when there are better photos to show. That is quite easy. Today everything has gone wrong since I awoke and switched on my iPad whilst hugging the bed. It was 6.30 in the morning and generally in a quarter of an hour I have visited and acknowledged likes and other sites, and still have a good half an hour to relax and dream on. This did not happen and my morning was as crooked and mishapen as the photo of the tractor I was taking from the car as we were leaving our home. I thought I had time to take the shot as Mr. Swiss was driving and had his foot on the break. However, he found he could go and went, without consideration of my delicate photographic operation. The result was part of the car in the bottom of the photo including the rear mirror at the top of the photo. Everything was on a slant, and so were my feelings this morning.

The WordPress server on my iPad was on a go slow. I had to renew continuously, so I moved onto my blogs to add some comments. This was also not running smoothly, so I travelled onto the reader to see what my colleagues had written during my night. I got a blank on the reader, and so I returned to the dashboard, which was still not working. Just now and again if I was lucky, I could write a few comments. OK, it is not a full time job, and I had some time to spare. Then Mr. Swiss appeared ready to strip the beds which I also help with, but it was not my time. So I had to drop everything and when I replaced my new clean duvet cover on my duvet everything was crooked inside the cover. I was at the point where I could not care less, desperation was setting in. I was glad to escape to the kitchen and work on a real computer, where everything was OK. There are some moments in time that you would be better without. I began my day in a bad mood, so things can only get better. 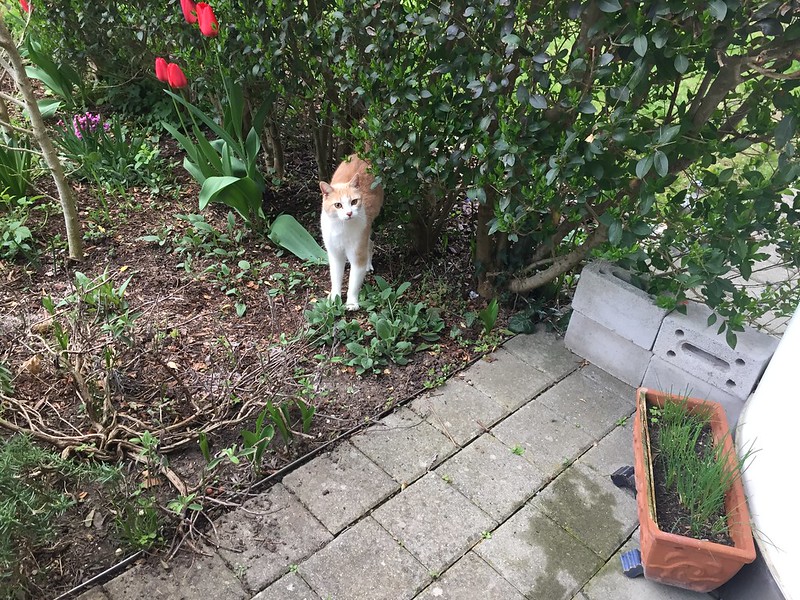 One bright point, look who has just appeared in front of my kitchen window. Roschti, the neighbour’s cat, is on his morning patrol. Luckily my cat Tabby, is now having her morning refreshment sleep, otherwise there might have been trouble. Yesterday Mr. Swiss managed to intervene, before they decided to have a fight until the death. It had got to the point where they were exchanging growls and poising for the attack. Somtimes they just ignore each other, but other times they make a point of not liking each other.

Today I have a few windows to clean, otherwise nothing special on the programme. It looks like a rainy day, but has looked like a rainy day every morning this week, and the rains have still not arrived. I might take a walk around the village this afternoon. We have a few trees that might be flowering. Our builders that we have been expecing to begin the work this week have still not arrived. Mr. Swiss are now quite cool about the whole thing. I am beginning to see the funny side of it all. You just have to find it, and I am very good at finding things to laugh at. I wonder if the workmen will laugh when they tell me my oversized heavy flower box will have to be moved and I tell them that I am invalide and Mr. Swiss has back problems, so they just have to find a nice place for it to be moved to. I hope they have a sense of humour.

I have wasted enough time this morning with WordPress and stripping and recovering beds and now I deserve a smooth walkaround with the vacuum cleaner and mop. Mr. Swiss has to go to the doctor, so he will have something to occupy himself with.

See you later, and as a goodbye a photo of one of the flower beds in our town which have now been freshly planted. With time the flowers will grow closer together. 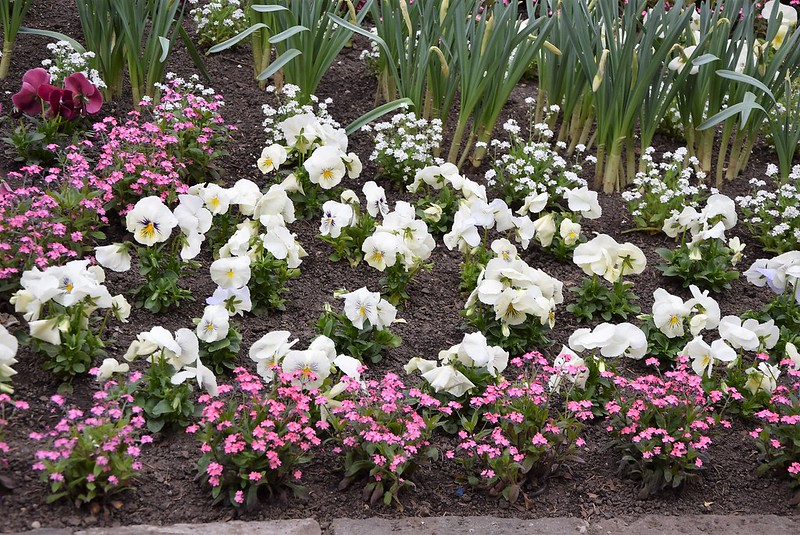