I saw these in town today in a flower bed. 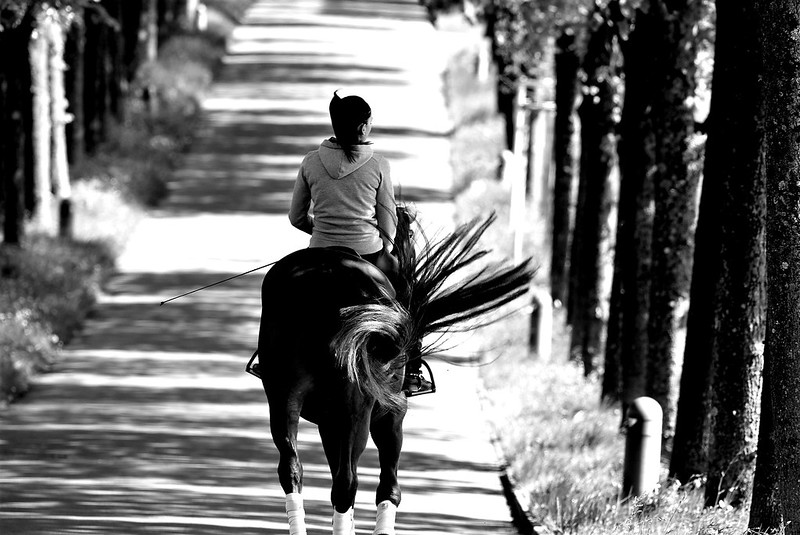 Riding horseback from the back 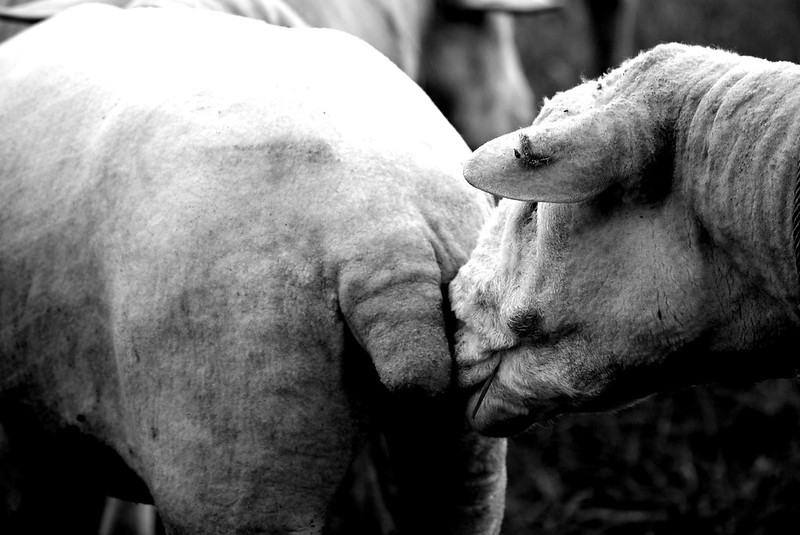 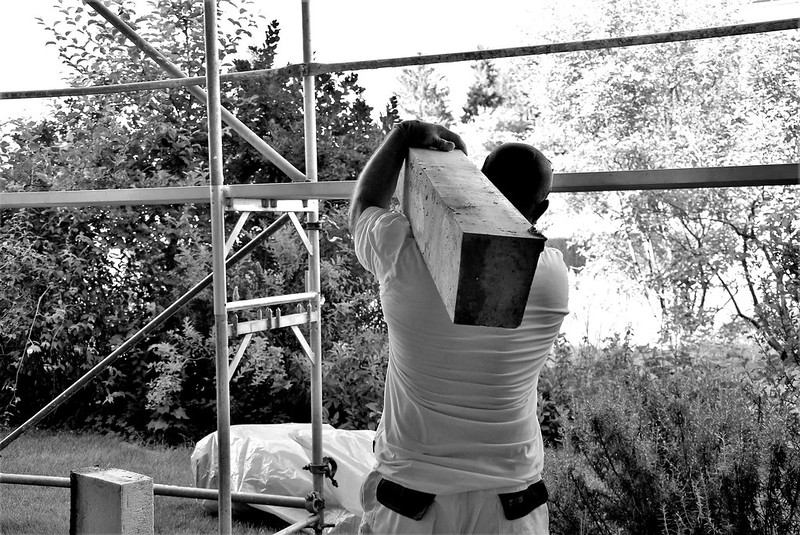 Carrying a heavy load – back view 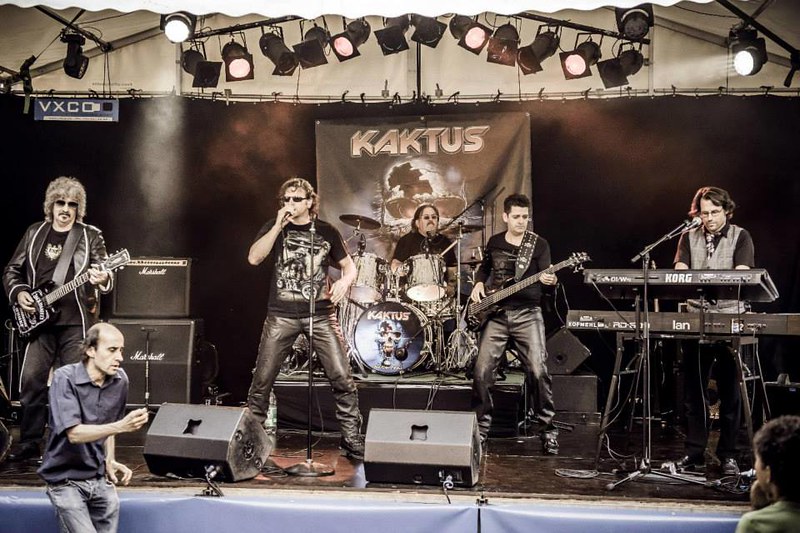 The young man sitting on the stage on the left is No. 1 son. Am not sure if he was the mascot, but he was feeling quite at home there. Perhaps a little too old to be precocious, but he was having fun at our local market festival.

And now he has plenty of space to himself since he started smoking. He was leaving his cigarette ends everywhere and the other birds starting coughing instead of cooing. 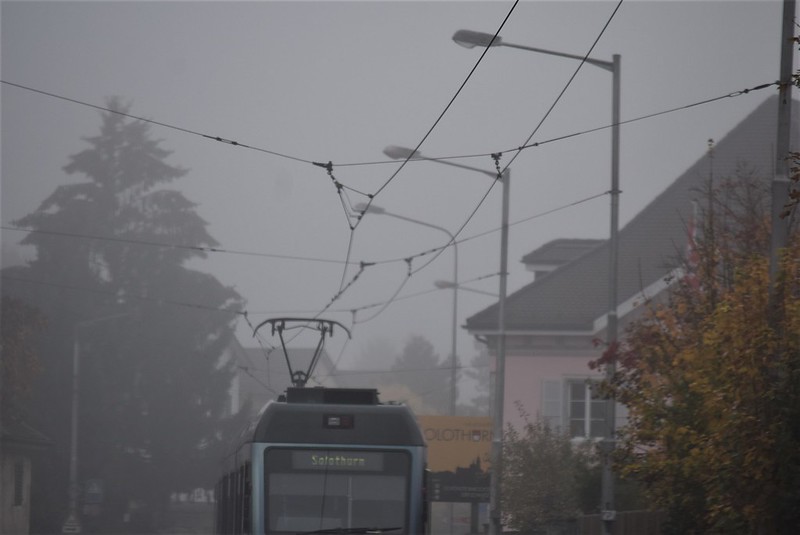 As the train left the station, it disappeared into the mist.

I almost did not write anything this morning for lack of something to write. I have been a little isolated this week and since Monday, my last shopping expedition, have remained at home. My wheelchair had an almost flat battery, the local train is not running. If really necessary I could have travelled to the store with the substitute bus, but that would be too complicated. The busses give a bumpy ride, and with a walker are not so pleasant.  With a little planning I managed to get covered for food until today lunch time. I was going to do today’s spaghetti (somehow Thursday has turned into the Spagbol day) with tuna fish and then I remembered I once froze a portion of sugo sauce and never used it. That is now thawing nicely for lunch with the spaghetti. No. 2 son visited yesterday evening as he is now back at normal work and no more home working. It was in a conversation with him about freezing meals that I remembered I had a ready made meal in my freezer.

Yesterday the guy from the wheelchair place arrived as promised and within five minutes had replaced my batteries (there are two) so I am ready to go again and I am so glad. I also organised the purchase of a scooter the same as the one Mr. Swiss has, but with a little difference. I am having a walker holder fitted to it, meaning that where my scooter goes, the walker comes as well which is perfect for my needs. I can now park the scooter outside the store and with my walker can get my shopping and take it to the till. It is more comfortable than carrying a shopping bag full of groceries, actually two on a wheelchair. I deposit one near the cash desk when it is full and pick it up when I am finished. Now I can do the shopping with more leisure.  The guy said he will bring the scooter at the beginning of next week. I have been practicing with Mr. Swiss scooter, but must admit have not yet been on the paths with it, but have been wheeling around with my wheelchair for more than two years, so it should not be a great problem.

In the meanwhile I do not have a great opportunity to go places and see things with my camera, but even breakfast on the porch can be interesting. With a computer and my cup of tea and bread and jam I am quite happy, not forgetting to take my vitamin D drops daily. The doc said they are good for golden oldies. I remember I used to give them to my babies during the winter to compensate for the lack of sun during that time.

It is even better when I can keep an eye on my developing orchid plant. I am so excited, the first time that it has flowered again and what a lot of buds. I have another two also progressing. I got the white orchid at the end of March and it still has the original flowers. I noticed that is also developing some new stalks.

Yesterday it was on and off rain all through the afternoon. Just as Mr. Swiss had departed for the dentist it began and he found he would not need a raincoat when he left. He was naturally soaked when he arrived home and he was not sure whether to dry the scooter or himself first of all when he arrived home. I told him to get on with himself and I went down to the garage to dry the scooter, although it was not too bad.

Today the weather is now normal thank goodness and I will again be on my way in the afternoon into town to catch up on shopping.

And now I will have to go and complete the job of putting new linen on the beds. A woman’s work is never done. Have a good stressless day, or at least try to have one.