At the local cemetery 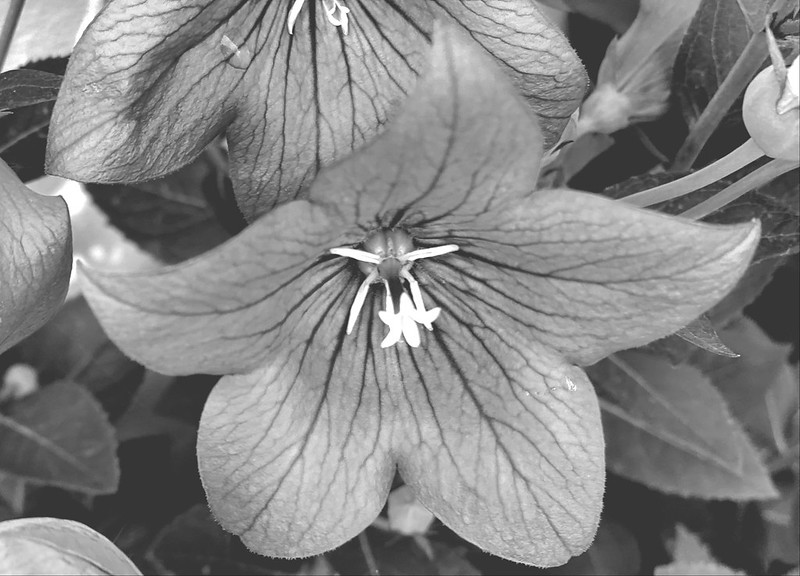 Close up of a bell flower 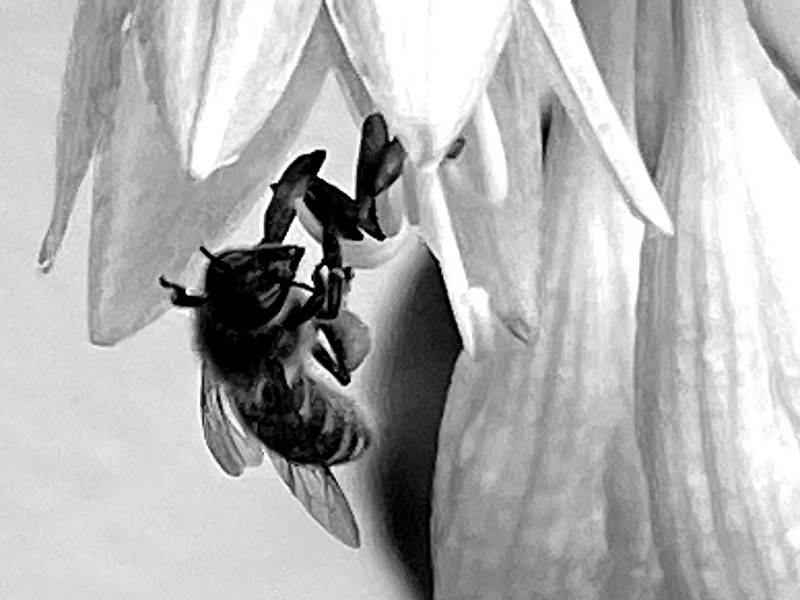 A bee having a pollen feast 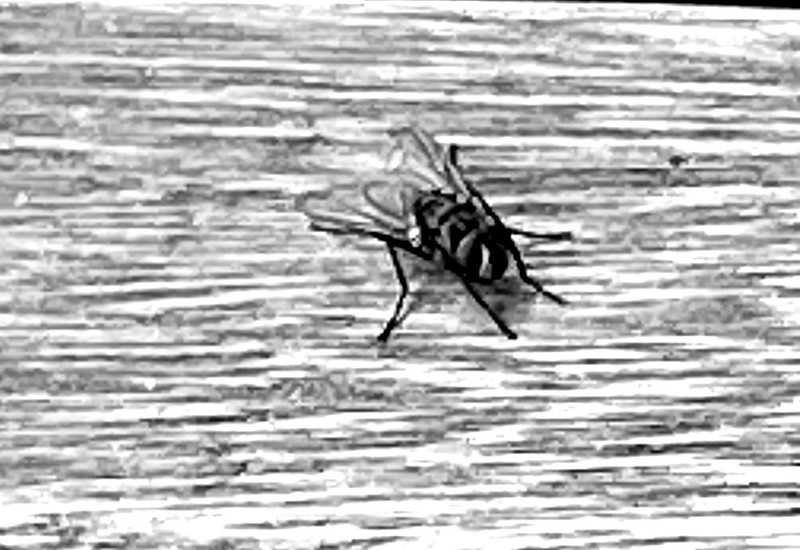 A fly on a wooden table

I have acquired a lot of new knowledge since living for the past 51 years in Switzerland. I learned to speak a language that I did not even know existed. Even many German people do not understand the Swiss dialect in German and I speak it now every day.

What really surprises me is that I live with the farming year. Just before Winter begins we get the smell in our noses of the natural fertiliser from the animals spread on the ground. Winter is a quiet time, no farm work, the ground is frozen but when Spring is on its way the ploughing begins, preparing the fields for the crops. Then the crops are planted and after a month the first shoots appear. I like the guess work discovering what it actually is. and watching how they develop. Often there are no crops, just grass but that is also a crop. Whilst the corn is ripening and the various vegetable plants are making their underground roots, the grass grows, is cut by the farmer and left to dry in the sun for a day, which is when the farmer hopes it does not rain. The dried grass becomes hay, is gathered, formed into neat shapes and the animals have their winter food.

I had no idea of all of this until I lived in a small village surrounded by farms. It has become part of my life, although we are not farmers. Growing up in London the only wild life I ever saw were pigeons or sparrows sitting on the roof tops and grass was only grown in the parks.

The whole farming processes fascinate me today. I think I was born in the wrong place, but over the last 50 years have caught up on what I missed.

Time moves on and the stalks of corn are already beginning to shrivel. It only seems yesterday that the fields were freshly planted and the tiny fresh green stalks began to show. Now the wheat has grown and ready to be harvested. Another summer of my life passes.

Just a simple question. What could be calmer. A view I had as I was wheeling on home from the store.

And another beautiful morning arrives in our little part of the world and I am enjoying it outside with breakfast and my computer. Today is another holiday with no shopping to do. Life is becoming a little boring since I have almost everything at home, alhough today is yet again fresh bed linen day meaning I will have to have a little action.

Yesterday I had to plan my afternoon carefully to have time for everything I wanted to do. Mr. Swiss had a dental appointment, I had shopping to do and afterwards an appointment with my hairdresser. In between I wanted to take a few photos and do a little writing, but somehow it all fitted into place.

First of all I despatched Mr. Swiss with scooter on his way into town. Then it was my turn, so I saddled my wheelchair and made off to the local supermarket which is just down the road.

I thought not very much opportunity for photos, but there is always something interesting to capture with your camera. This time the local authorities obliged with repairs to our local railway. It was a hot afternoon and for the poor men who were working really had intensive heat from spreading the fresh new surface between the rails. I spoke to one of the blokes two days ago when they were beginning with the work and had laid the tracks bare.

He told me they were replacing the rails. They always work on the tracks during summer, usually on the night shift so as not to disturb the train timetable, but he told me that was just the annual routine of grinding the rails. This time it was a big job and the old tracks would be removed and new ones inserted which had not been done for at least 20 years. I wheel past a few times in the week and note the progress. One stretch is almost finished with new tracks and a new surface in between.

I was a bit worried whether they keep the sidewalk clear from their apparatus, but when they saw me coming they shifted anything away which might have been a problem.

They begun further along the road. This is my home stretch when I wheel along the path on the right and this will probably also be replaced eventually. They seem to be doing most of the work from the road side and I am hoping that my path will not be disturbed.

Otherwise I did not have to buy a lot in the store, just some meat and veg and for the first time in a couple of months I only had one bag full, but I organised for it to be taken home for me with our local group of nice young men on their bikes with the containers for the goods. Last week I even had a lady bringing the goods, the only one I had seen up to now.

Mr. Swiss arrived home from the dentist, just when I was preparing to go to my hairdresser. I was also home again within an hour and so the evening was not lost and I had plenty of time for everything.

They have locked down again in our area and a few other neighbouring Kantons. The corona infections were rising again, mainly due to too much social action by people that cannot be without. Groups of people meeting have again been reduced in number, which I find quite  wise. Will this curse never go away? And now I will continue with my new bed linen. My duvet and cushion have been completed and now to do the rest and see if Mr. Swiss has also attacked his bed.

Have a good day everyone, make the most of it and may it be a safe one – death to the hairy peas floating around in the air.