To be, to have, to think, to move — which of these verbs is the one you feel most connected to? Or is there another verb that characterizes you better? 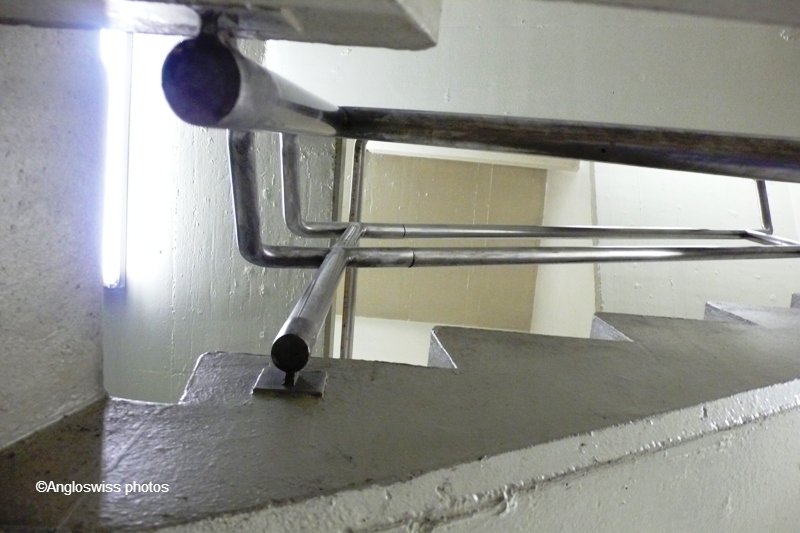 I am not a verb, I am me and according to how me feels, the verb used to describe my perfect character varies. This morning I travelled through many verbs. “To concentrate” when I was shopping and afterwards “to decide”, which was quite easy. I saw the solution to my troubles, to my problems, life immediately was worth living.

For some time, since a couple of weeks, my iPad has not behaved. Admittedly it had been living with me for some time: after the switch on it did its own thing, changing the web page, not paying attention to my commands etc. etc. Was it because it had fallen onto the floor a few times in its life or was it because I left it in the sun last week where it seemed to become quite hot. That was the “to worry” part. This morning it was “to discover”. The electronic department of our supermarket had a special offer going for – yes, iPads, but the ones with “Air” in the name. They were bigger than the one I have, as I have a mini, but I only said to Mr. Swiss last week I think I would like a bigger one. He has a big one and a small one and I only have a small one. I realised that my iPad was part of me (to iPad?). It supplied me with reading material via Kindle, contact with my Facebook crowd was maintained and even WordPress was available at a touch. Google and Blogger were also on the screen and my e-mails were there. My e-mails even gave a call when they arrived, although there was a certain dissatisfaction if I received a mail due to the noise disturbance in the living room (another me verb “to disturb”).

I was alone in the supermarket. Mr. Swiss had already left to wait outside the store. Luckily we both have means of communication, so I called him on my iPhone and told him of my discovery. He said I will be with you. In the meanwhile I had already engaged the young salesman in a computer technical discussion and was 99% convinced that this iPad Airy thing was destined for me. Mr. Swiss arrived, and sometime later the verb “to buy” was in usage. I am now the proud possessor of a new iPad with air (does it breathe). Anyhow the fun started at home. I must admit my personal verb application was then “to annoy” as Mr. Swiss and I had a small conflict on how to organise this new iPad although I must admit I had forgotten a few important passwords and so we had to request a new one, but the Apple store was very prompt.

I also discovered in our supermarket department that they sell Apple Computers. I thought (see, “to think”) that they only had Bill Gates machines. I decided my next computer would be a MacPad and the nice young salesman informed us me that on 24th of this month there would be 10% discount. What could be better? The verb “to plan” came into usage and I programmed in my brain an appointment with the nice young salesman on the 24th. I have a date with him and a new computer. Isn’t life wonderful? (to wonderful is unfortunately not a verb).

I will now be busy with putting my apps onto the new iPad. If my iCloud was switched on, my new airy iPad would have done it all for me. On the other hand, pending that I can remember all the different passwords I possess, it should be a piece of cake to upload my apps. I already have Kindle, Facebook and WordPress on my new iPad. The other few (about 30-40) will surely be no problem (verb “to hope” comes to mind).

I also bought a sort of iPen, although it has another name. Instead of wiping my fingers over the iPad I now have an instrument that will do it all for me. We even got one free as a special offer. I chose a black cover for my new airy iPad as I found the lighter colours do not remain as light as they should be. They seem to attract grime automatically.

Now to go, I have work to do with my various apps (“to upload” is the verb).

Daily Prompt: Verbal Confirmation – to annoy, to buy, to want – verby to infinity and all mine