Our weekly free-write is back: take ten minutes — no pauses! — to write about anything, unfiltered and unedited. You can then publish the post as-is, or edit a bit first — your call. 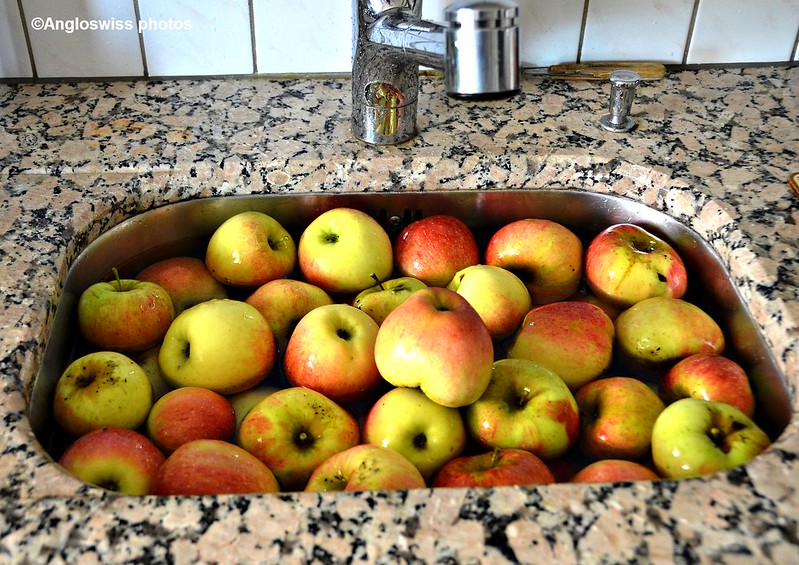 I will do my best to ignore the fact that when I arose from my golden oldie sleep after lunch and peeked into my iPad, which was next to my bed, I noticed that there was no daily prompt. Just one big screaming “0” telling me the boys did it again. They had been partying, out to a large champagne breakfast, or perhaps just sleeping off the night before and there was no daily prompt. However, after I cleaned the shower, which took about 30 minutes, I eventually organised myself with the computer outside.

I was delighted, overjoyed, to see that our WordPress team had braved the impossible, fought against the foes hovering in the cyber world and won the battle. The daily prompt had arrived and there were even some brave people that had written their donations created in ten minutes of their blogging life. I was busy taking photos of apples floating in water in the sink. Time passes when you are not noticing it, although I still have five minutes of this boring prompt subject.

Mr. Swiss decided to remove the remaining apples from the tree, about half of them. We still have a few on the tree, but they do not look so appetising, still a bit green, so Mr. Swiss decided to let them hang. The apples were washed, dried and polished and now fill a large basket on the porch. Some have been distributed in the apartment in dishes. The funny thing is I am not an apple person. I do not mind them in a pie or tart and even stewed, but eating a raw apple is boring. Of course if eating my apples from the tree, it is advisable to halve them. You never know what might have made its home in the middle. Luckily whatever was there has usually deserted the pip space, but left a messy mixture behind. This affects the minority of the apples and my appetite for apples.

Otherwise I do not have a lot to say in my boring Swiss life. Today is a day where they do not let me out. I am imprisoned at home, cleaning the kitchen in the morning and the shower in the afternoon. In between I cooked lunch. Today it was spaghetti with tuna fish sauce and a side salad. My felines like it when I cook tuna. As soon as I take the tin they are there waiting for the crumbs from the table. I usually distribute the fishy juice in two small bowls. I do not have to call them, they appear from nowhere.

And now I am sitting outside on the porch. It is a sunny day, a breeze is blowing and there are flying insects in the air. They are probably making the most of the Indian summer we have at the moment, before the snow and ice arrives. I still have two or three minutes but they are not worth the space. Perhaps the man of your dreams has walked into your life (mine arrived a long time ago), or perhaps you have an exciting event to tell us about, like a spaceship landed in your garden and the guy that climbed out said “Hi, my name is E.T. – what about making a film”. No, it has all been done. I do not even get slugs in my garden now. They have decided to hide themselves somewhere and wait until Spring arrives.

I think I found the reason why our faithful WordPress people have been a little forgetful with our daily prompts lately. They have been having fun and are engaged, inspired and ready to build a better web . What more can I say?