I did have a Teratoma and it was removed. I was born with it and it only began to grow and expand when I was 50 years old and no, Stephen King did not get the idea from me for his novel The Dark Half, although …. Who knows? 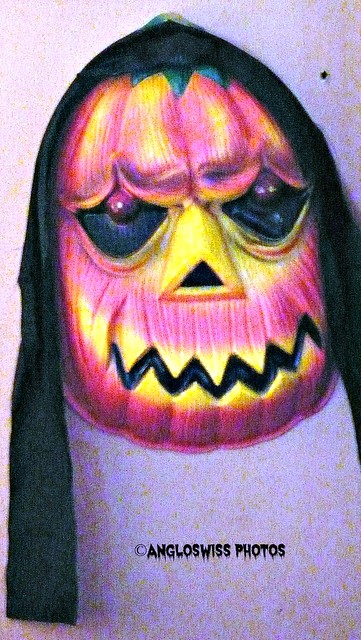 “That is not me, I looked completely different. Typical.”

“The imaginary friend that you never had and never wanted, but I got my revenge, remember?”

“If I had had an imaginary friend it would definitely not have resembled something from a Halloween comic.”

“How do you know, you never gave me a chance, I could have made you famous. Stephen King would have been nothing in comparison. “OK, so explain …..”

“Remember that memorable operation you had, the one that lasted seven  hours.”

“You mean the second operation, when they discovered that what they should have removed the first time, after a three hour operation regrew.”

“Yes that’s the one, although if they had done the job properly the first time, I would have been gone forever.”

“But you were just a collection of cells, nothing special. In the Stephen King story they found teeth and hair and all sorts of human spare parts. You were just a blob somewhere in my back.”

“Yes, exactly. If you had not stifled my chances I could have been your identical twin, and perhaps even a Siamese twin. Think of the fun we could have had.”

“Then I think I am glad I did stifle your chances. I wouldn’t exactly describe being a Siamese twin as fun. You were just a normal, average Teratoma which was removed. So how come we are having a conversation. You were eliminated at least ten years ago, and why did you only appear after fifty years.”

“It was lonely just sitting around in your back, so I decided to expand. You were having all the fun going places and seeing things and I was just a passenger, although I quite enjoyed it when you had a meal. I had fun absorbing some of the treats, I love ice cream.  Are you sure there were no taste buds in the blob?”

“I really do not know, the surgeon did not give me a detailed description: how come we are having a conversation?”

“I am still sort of hovering, something like a computer cloud or a daily prompt that is there, but does not develop, for some unknown reason, when it shows 0 responses, like today. But I think you were glad. Today you (we?) were busy in the garden clearing the Autumn leaves away. I was actually glad that you removed me, as I noticed you had backache.”

“Oh, thanks, big deal. Yes I had backache bending down picking up the fallen leaves. Just a minute, you were watching me. I had you removed.”

“Stay cool, I am always watching you. Remember when you broke your arm a couple of years ago. I was only trying it out to see if I could materialise. It was just a little push and I really didn’t mean to cause problems.”

“Oh, thanks, I spent a week in hospital afterwards and it was your entire fault. I hope that experiment is finished.”

“Yes, I decided it was boring just laying around in a hospital and now I have found a much better job and I have become famous, although not exactly that everyone knows it is me/us.”

“I sleeked my way into the cyberworld. I decided if I can be your individual cloud, I might as well have fun and be everyone’s cloud”

“Where do you think the iPad/iPhone/I everything people got the idea of the iCloud?”

“Oh no, you had me removed remember. This time it was all I, me and myself. There is no longer any us or we. You do your thing and I will do mine, but do not worry, I will always be watching you.”

There was silence, no-one answered. You are never alone it seems.