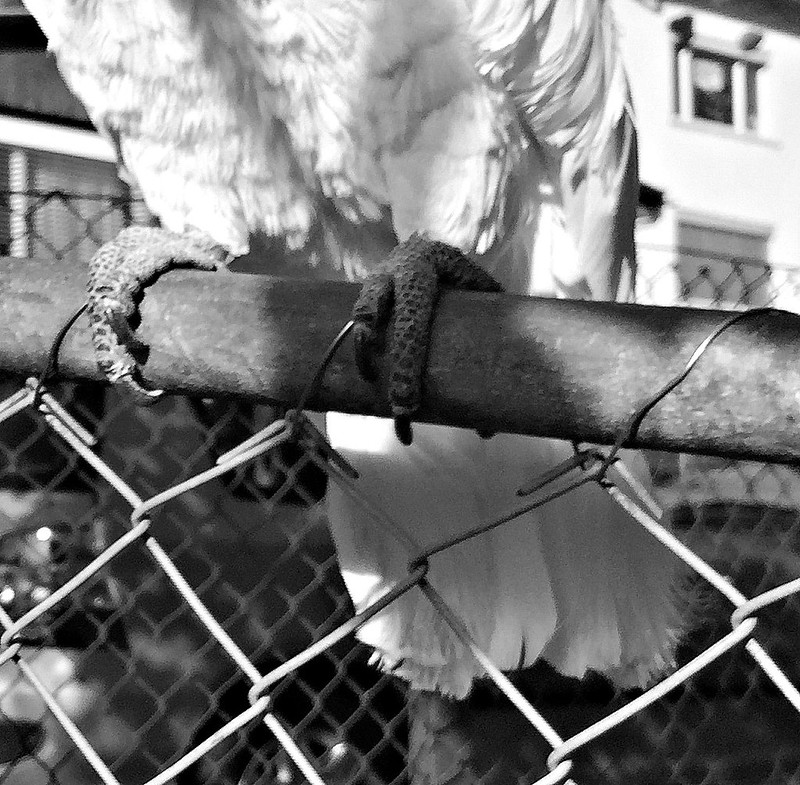 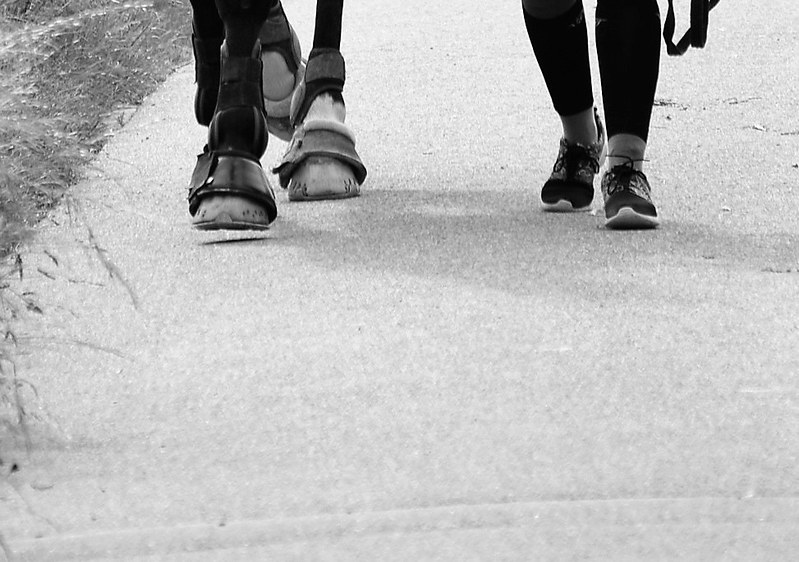 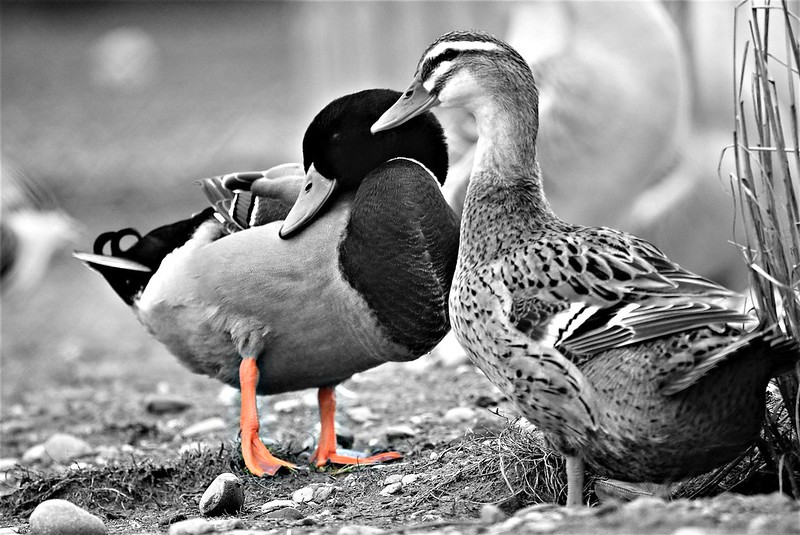 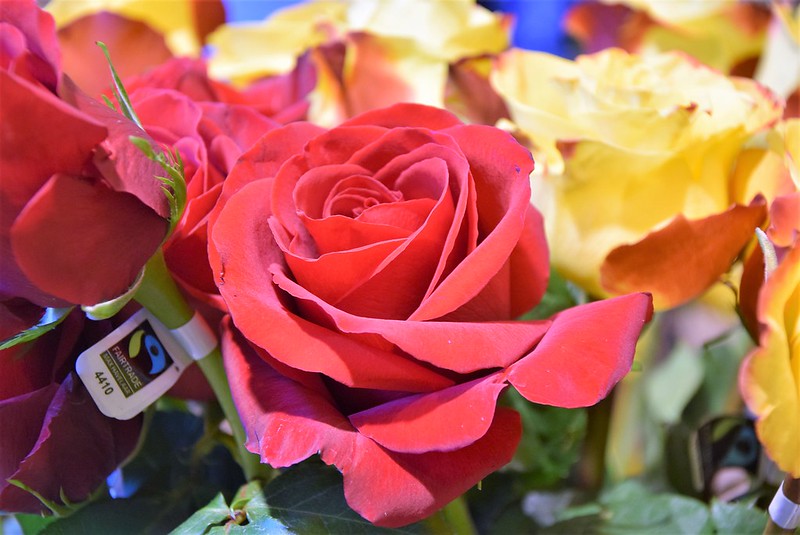 And now a red rose which is my favourite rose colour. 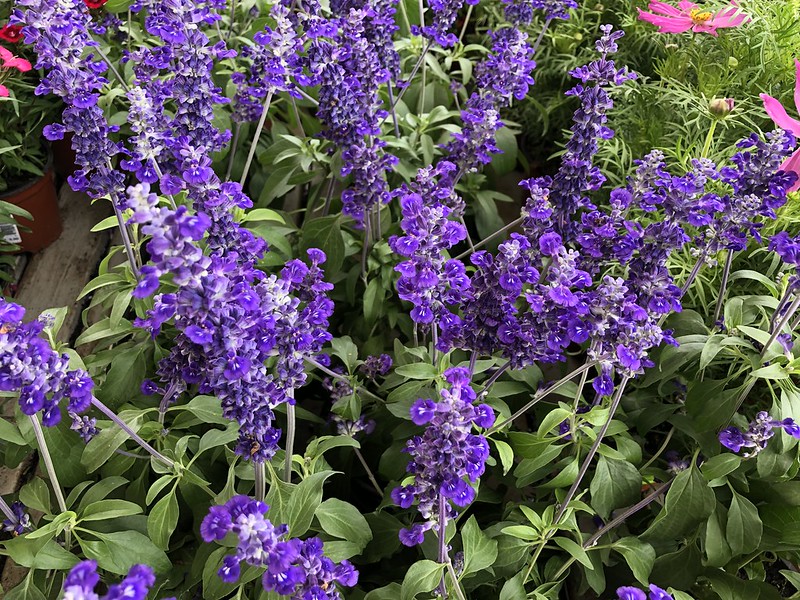 Oh wode is me said the servant fair
My lady wanted purple which was so rare
She searched for the colour over hill and over dale
But the fruits could not be found that would colour her veil
At the court lords and ladies found this colour was the rage
And then she found the flowers which were known as purple sage
She chopped them and boiled them and put them in a pot
The liquid splashed and bubbled and it really was a lot
So she coloured her lady’s veil and still had jugs to spare
She continued to dye her own dress, and even did her hair
The butler found this colour would be just right for his attire
And when he went to church he gave some to the prior
The farmer saw this colour and also wanted to keep
And so he took some home and coloured all his sheep
The chickens got quite jealous it really resembled heathers
And so they jumped in the bowl and came out with purple feathers
That night it was the ball, the birthday of the king
But word had got around about this colourful thing
Everyone had borrowed the liquid, and thought they were the best
My lady was proud of this colour but was angry at the rest
The maid was called to the courts and arrived with a purple frown
She was sentenced to hard labour and had to knit a gown
There was no other wool so she got it from the sheep
When milady saw the result, she then began to weep
There is a moral to this story, don’t colour the hairs on your head
Although if you really must, then do it in shades of red 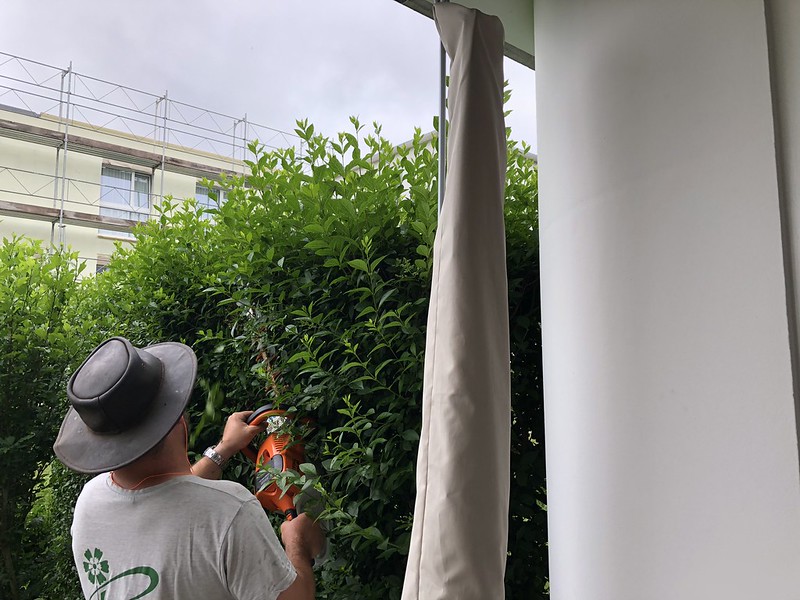 This morning is not such a good one. It started off well and then the gardener arrived. We were expecting him, but time was taken up by explanations and details of what to do. Then the chief appeared who is a really nice guy and we got engaged in a conversation with him. At last I could eat some breakfast whilst dealing with my good morning greeting and then the mouse on the computer gave up. It is a new mouse and probably the enclosed battery was on its last legs when I bought it, so I had to search for a new battery. Now it is working and you can see one of the guys cutting our hedge which was really necessary.

In the meanwhile Mr. Swiss and I discovered that our e-mails were again not working. We got new codes yesterday and everything was OK. This morning I renewed the codes again and now it is working. I should have stayed in bed. Some times life gets too complicated. 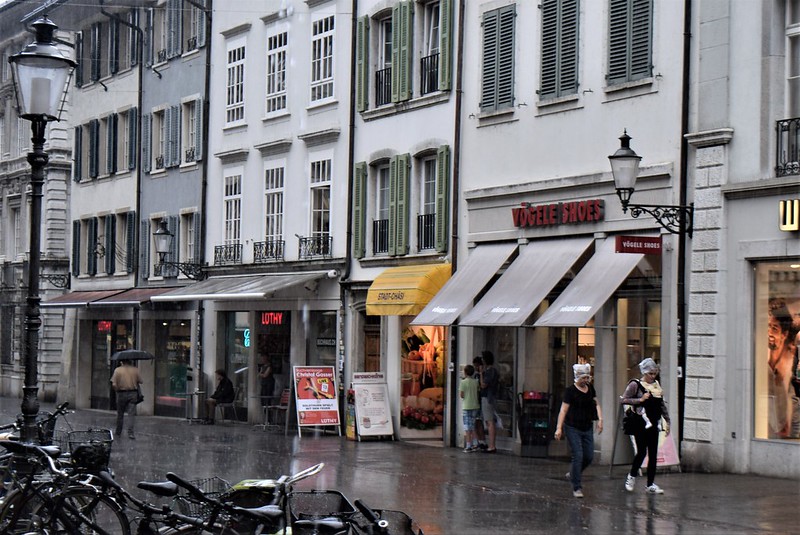 Yesterday we spent most of the afternoon in town sorting our e-mails at the shop and it rained all the time. Today it is dull outside, not yet recovered from the rain.

The gardener has a lot to do, as I no longer do very much in the garden. He had a laugh when he saw that I had a small plantation of cannabis growing in one patch, probably from the bird seed he found. I assured him I do not smoke.

I also discovered that the slugs have returned after the wet weather. They have gone forth and multiplied and are settled and munching happily on every plant where they find something tasty. I had not seen a slug for at least a year, so they must have been hiding somewhere.

I will now travel on with the vacuum cleaner and Mr. Swiss is planning to go to town for some bits and pieces. Have a good day/night and may it run smoother than mine is at the moment. 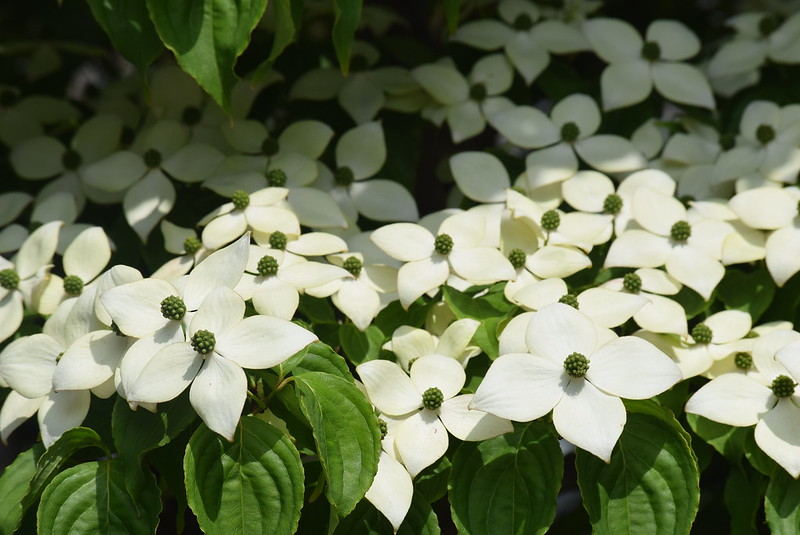