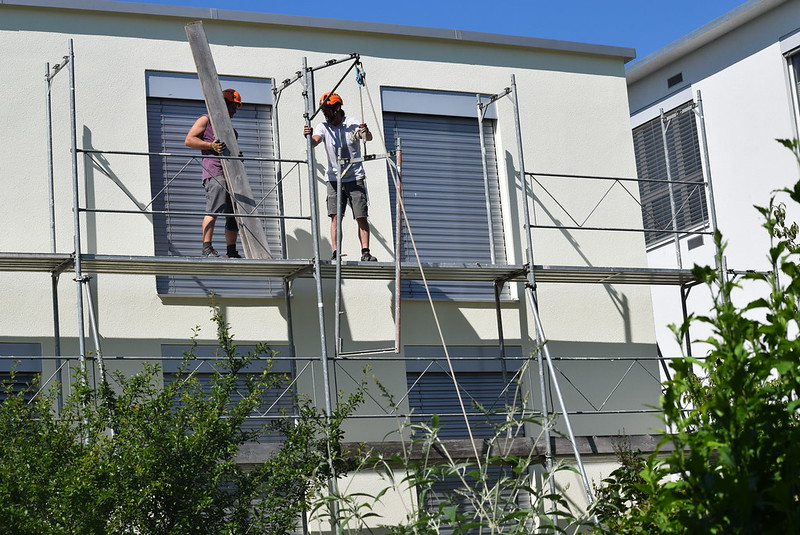 They decided to take the way down on the shortest route 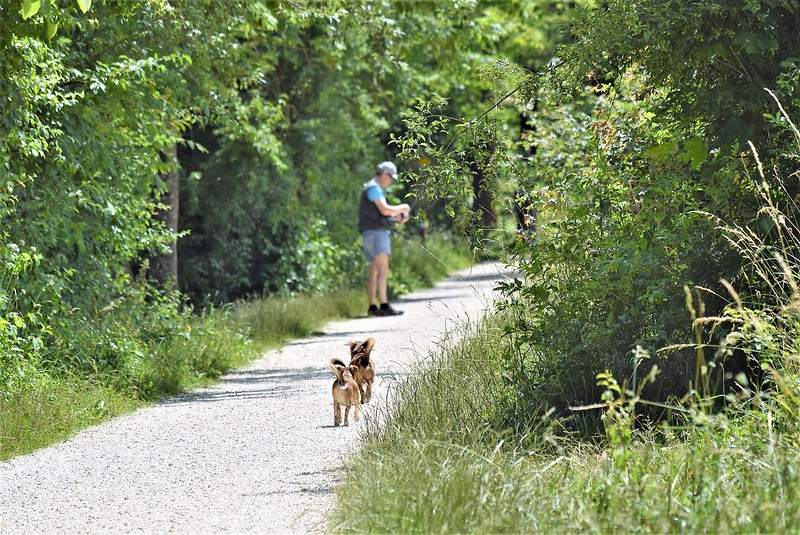 Dogs always follow, no matter which way their human is going 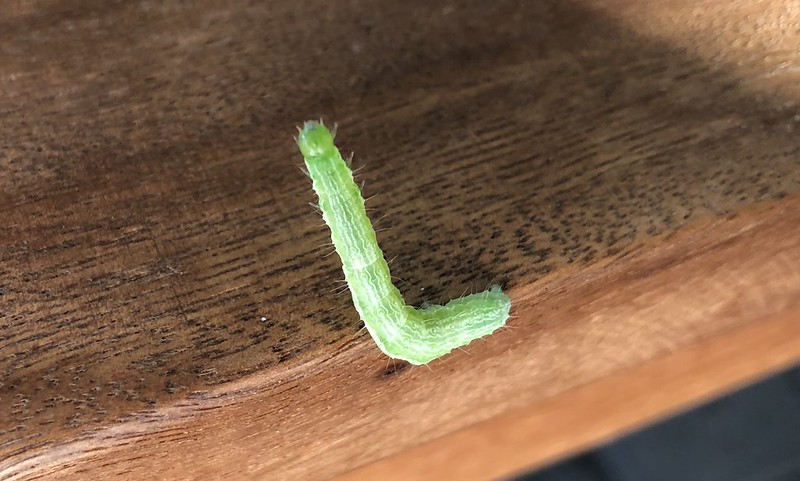 It was very confusing, but it decided to make a right turn on the table. 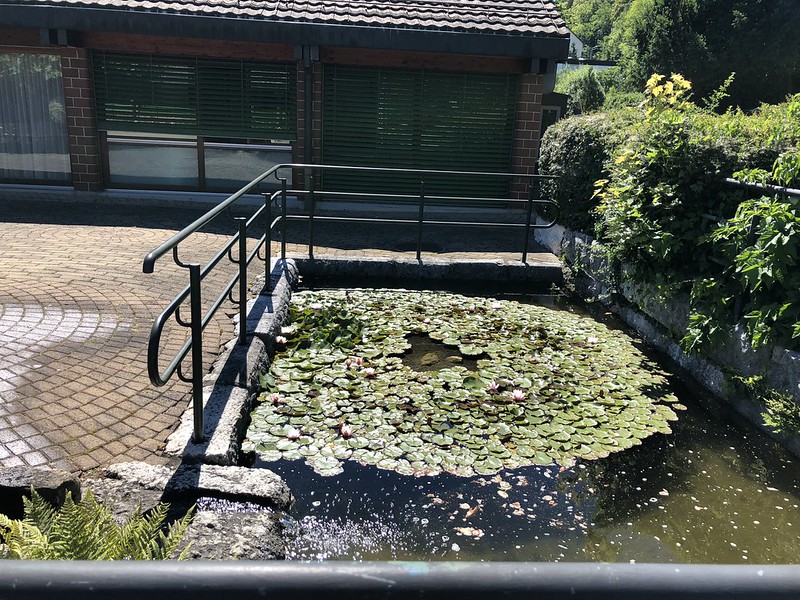 This is a pond at the local senior residence. It is quite near where I live. I decided to take a wheelie in my chair for a few photos. This is quite a nice pond and is full of water lilies, although at the moment there are not so many flowers. 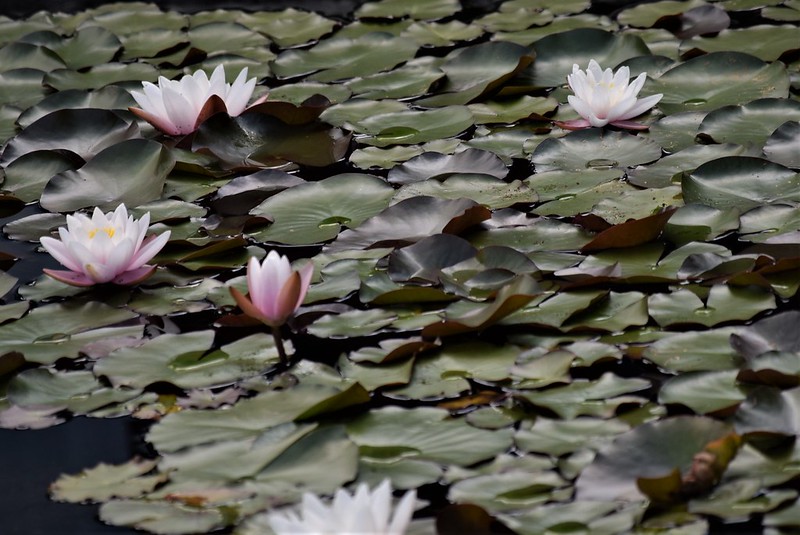 The last time I was there I took a few closeups and there were more flowers. As I was taking my photos one of the residents saw me and mentioned what a lovely subject it must be for a photo, and I could only agree. 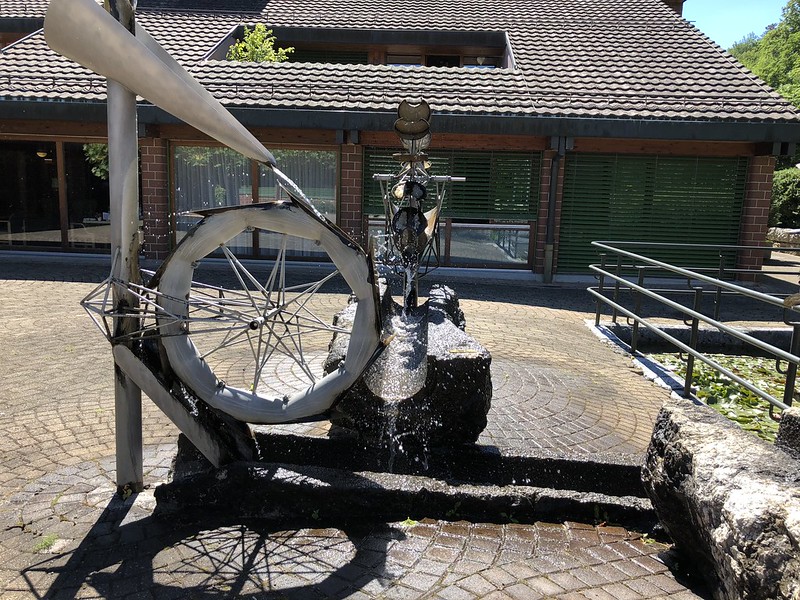 Next to the pond they have an interesting fountain, so while I was there I took a photo. Actually this senior residence is really a wonderful place. They have a restaurant, which is also open to the public and who knows, one day I might be one of the inmates, but I still have a few years to go and then I can take all the photos I want to.

We have a few senior homes where I live. I remember this one being built about 30 years ago and we were all asking can we afford it. Switzerland is not a country known for its social institutions, but as far as I understood this one, the home is not cheap. Your income via pensions schemes is examined and they take it all for the costs of the home, leaving some sort of pocket money for your private needs. The food, is included and you have no extra bills to pay, assuming that your pension money will be enough for the charges.

Basically I have no idea and will cross that bridge when it arrives. It will be a question of me or Mr.  Swiss needing somewhere to go, and in the meantime we manage quite nicely in our own four walls. It is funny how these things suddenly crop up when you are a golden oldie. Anyhow make the most of it, and take photos of where you might be going. After all it even has a pond. 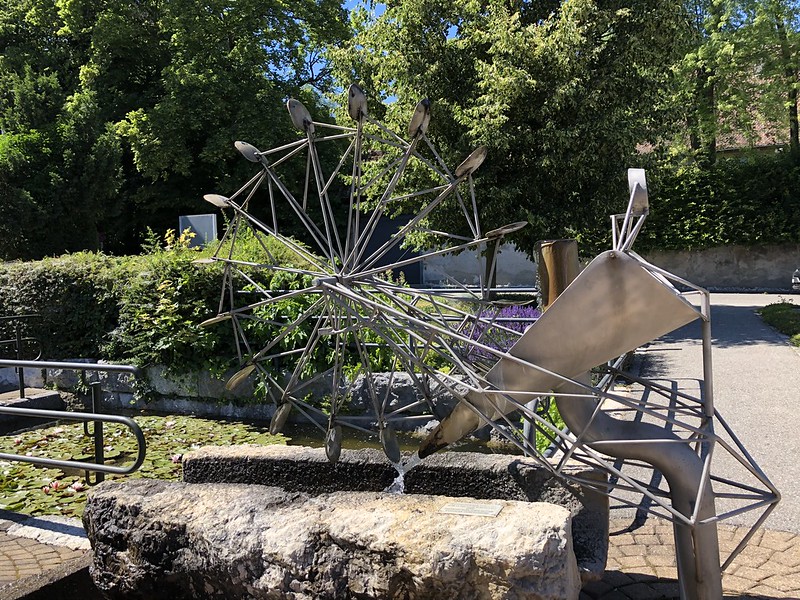 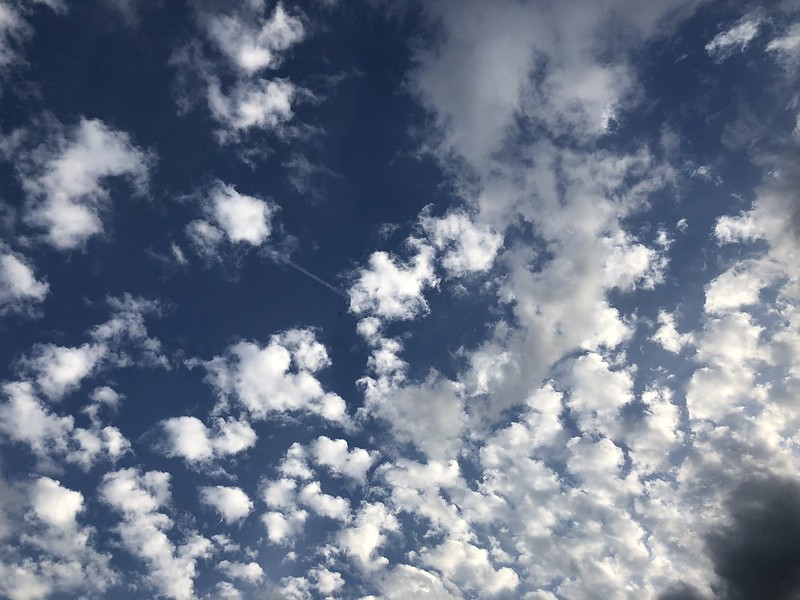 It is just a plain blue sky this morning, with sun, so it should be a good day. There is a constant light breeze which keeps everything nice and cool. I thought we might get rain during the night as it looked quite dismal, but I think the high winds blew the rain clouds away. Anyhow life is good and all that jazz, so let’s get on with it. As today is week-end shopping day I have things to plan and do.

I did not go anywhere yesterday, did not have the energy. I discovered a pleasant surprise in my garden.

Some years ago I planted hollyhocks. The gardening place only had yellow ones, although I always wanted red ones. I then saw the red sort growing in the town park, kept my eye on it and when the seeds were ready I picked some from the plant. Who notices a seed thief? I eventually scattered the seeds somewhere in the garden and forgot them. Last year we had the battle of the builders on our block, so nothing had a big chance in the garden. 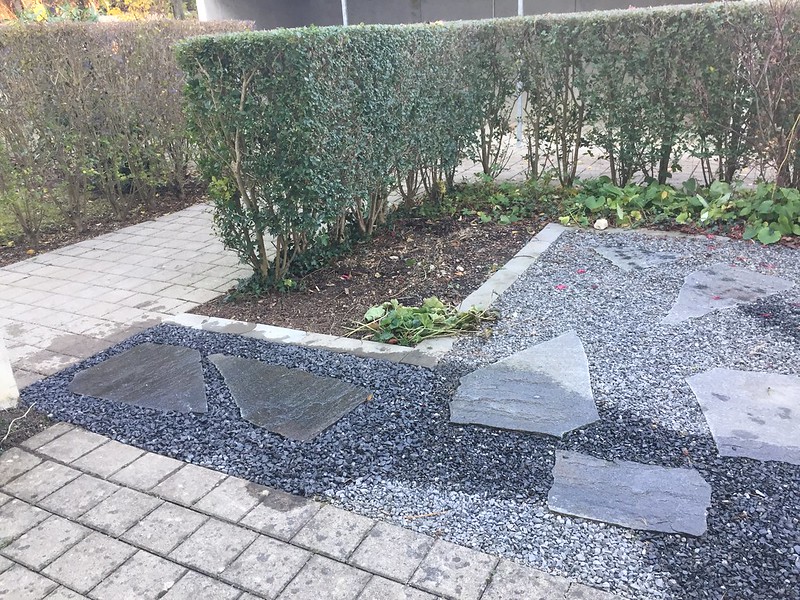 A lot went kaput in the garden because of the builders and they had to remove the little hedge what was on the left of the photo, I also had a few plants there. I told them not to replace the hedge, but make a wider entrance to the garden, thinking it would be more suitable if I wanted to enter with my wheelchair. They did a good job of it and in the corner you can see a green plant beginning to grow, which I recognised as a hollyhock. I used to have one of my yellow hollyhocks there.

It has now grown through the spring and has begun to flower. 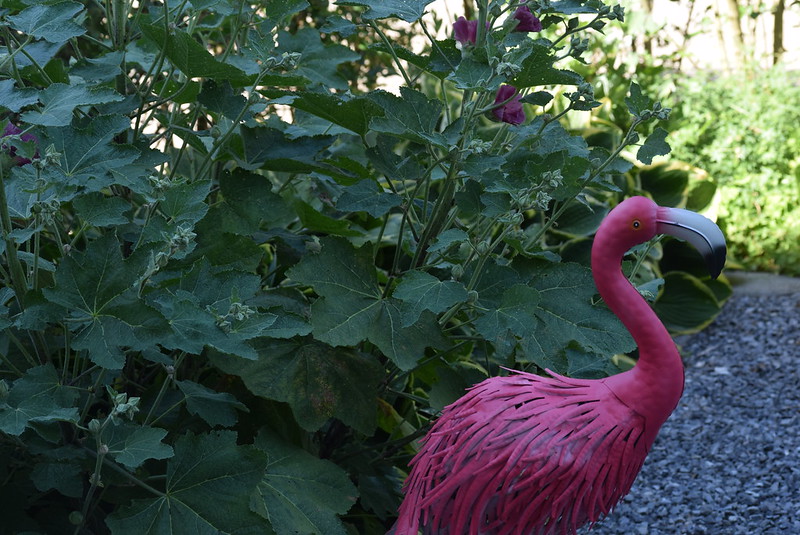 My flaminco decided to hog the photo. Imagine my surprise when I saw that the flowers were dark pink. It must have been one of my stray seeds that decided to go forth and multiply, I cannot otherwise explain it. There used to be the boring yellow hollyhocks growing there. These pink ones are even a better strain as my original yellow ones, much stronger stems. 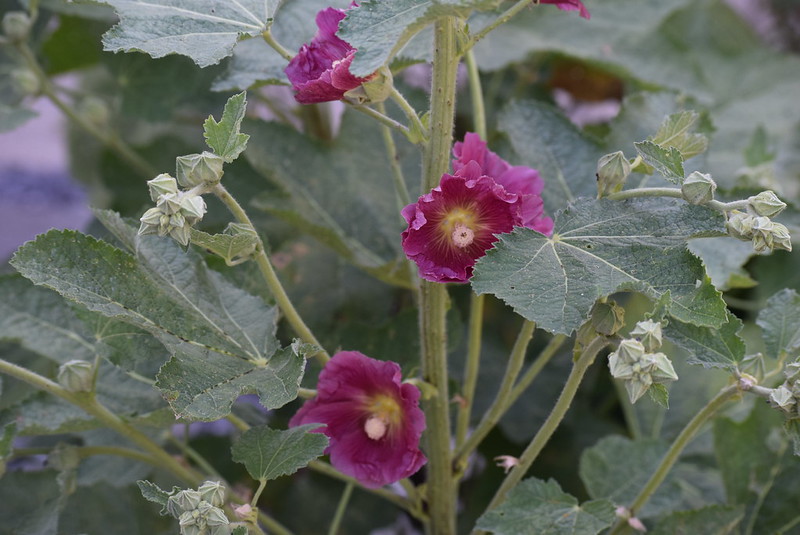 My hostas are also now all flowering. I have various sorts but these are the ones with the green leaves and the white stripes. 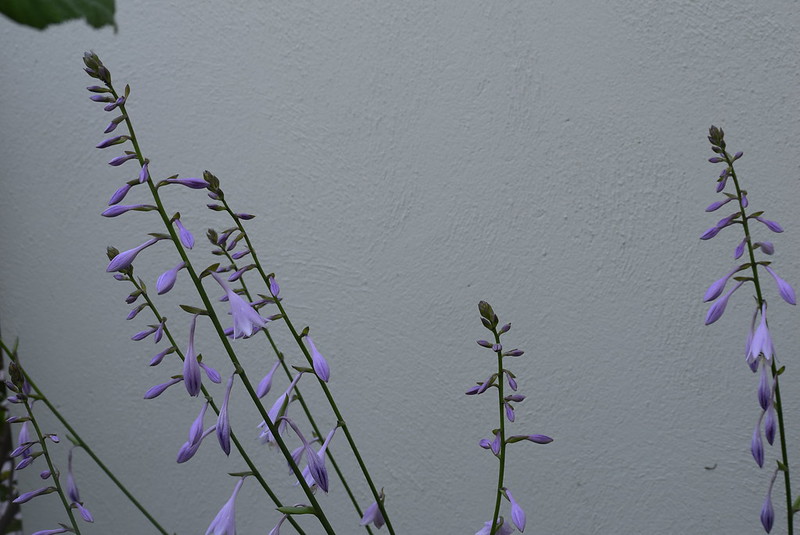 I had a complete row of this sort, but the builders removed half of them and replanted them in another place in the garden, as they had to plant the scaffolding where they were. I now have a bare patch, but spoke to my gardiner and he said he will plant some to replace them, but now is the wrong time for planting hostas, so I will wait.

Reflecting on the complete building catastrophe, we are now almost back to normal. Our lawn now looks respectable. There are one or two bare patches, not too big, but as soon as the gardener has some bits of lawn ready, he will fill in the spaces. We now again have a pleasant place to relax outside in the summer months.

And now time to have a clean through in the appartment and depart for the shopping tour. The list has been made, our food ideas for the week-end are completed, and all we have to do is go and do it all.

Have a good day, it will soon be the week-end so have fun. 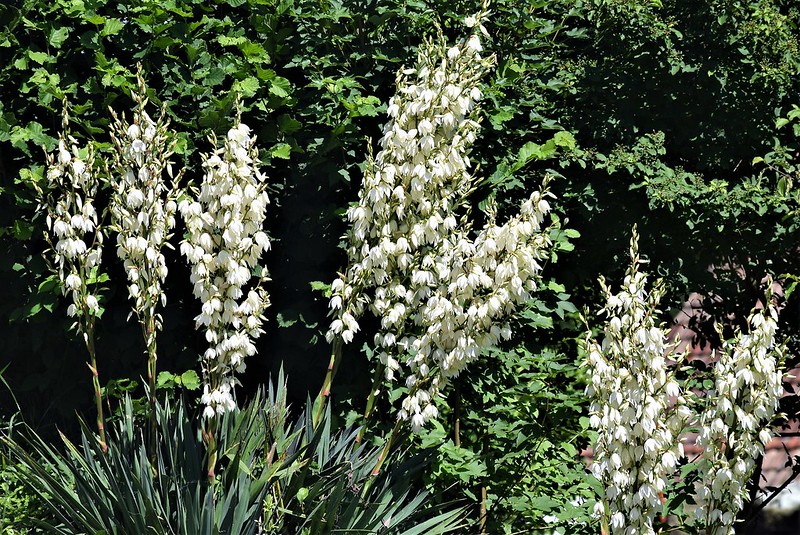