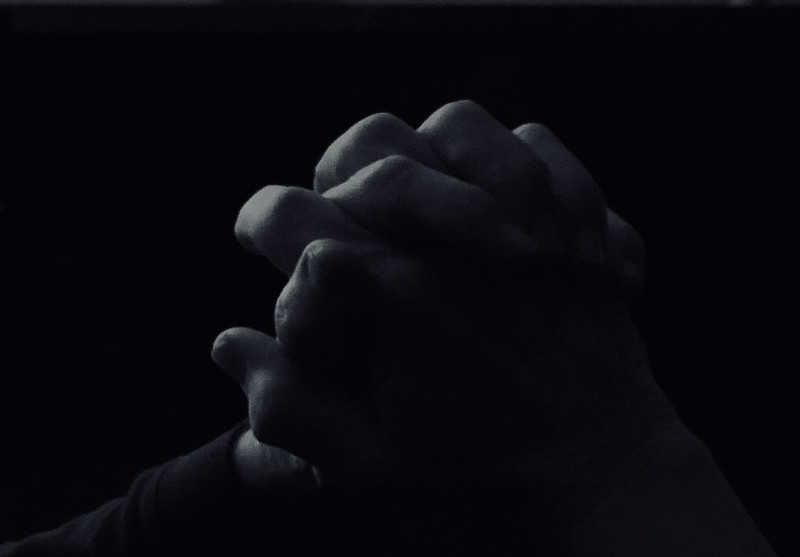 I was experimenting with my new iPhone X photgraphic features and took a photo of hands. 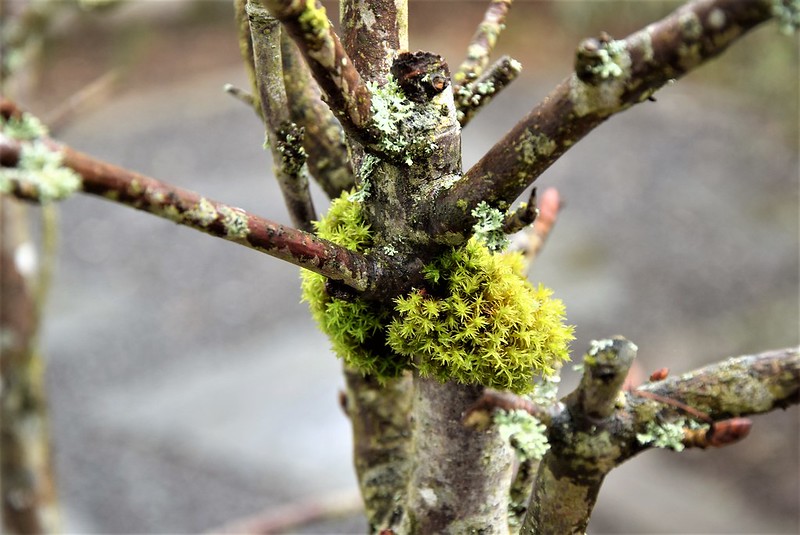 Some moss growing on my Horse Chestnut tree. 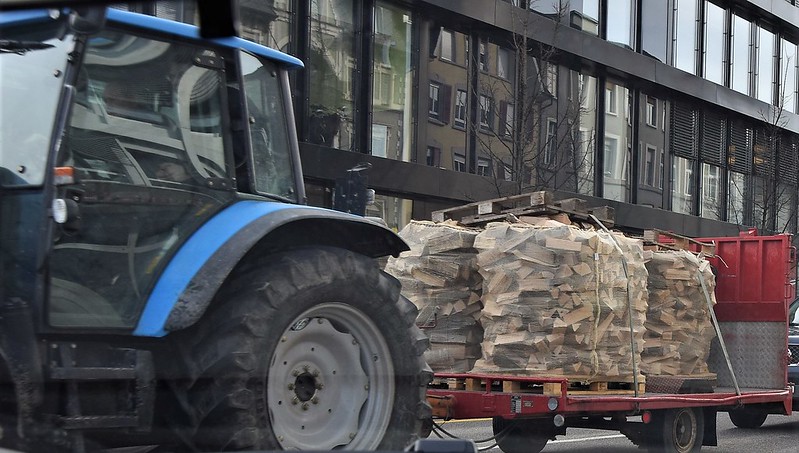 I just caught this cart load of wood as it was passing in the traffic. 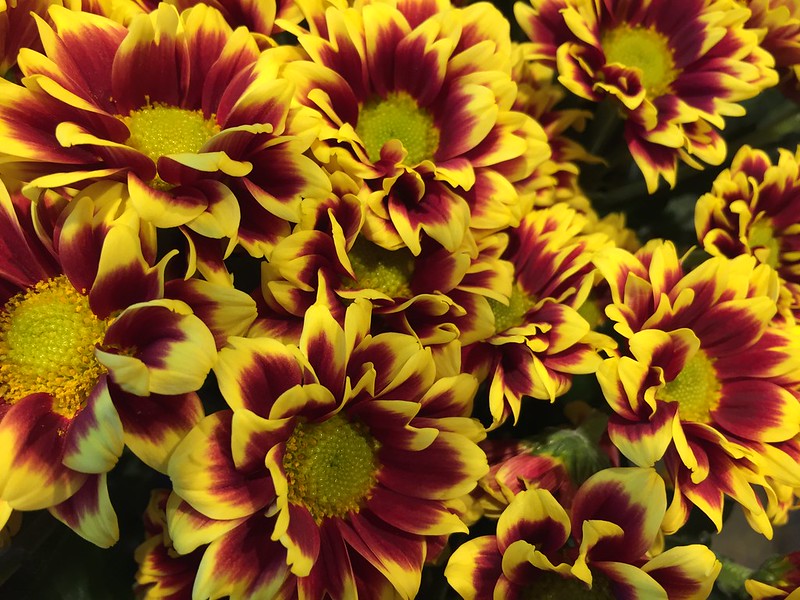 Quite a colourful bunch 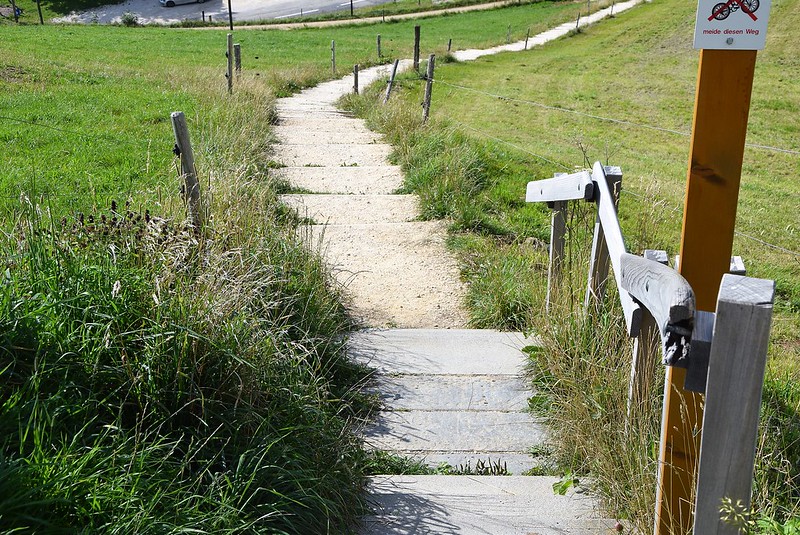 If you live in Switzerland you often meander. We do not have many straight paths leading in a direct line to where you want to go. They are often sideways, because there are slopes in the way.

I remember one occasion when we were on holiday in Grindelwald, one of the those places in the mountainous region of the Bernese Overland where the mountain goats and the cows say good night to each other. The family AngloSwiss, together with the two sons in school age. took a walk to discover new mountain paths. They were not exactly mountains, just very tall hills. We departed in the morning and climbed over stock and stone until we realised we were lost. There was no way up or down and also no actual foot trodden path. We did not even see a cow and that is unusual  in the Bernese Overland. The cow population exeeds the human population by a few hundred, but they had probably meandered to the alps at the top of the mountain.

It was then that we saw a farm house, the first sign of civilisation. It was a nice farmhouse with sheds for the cow population and a farmer’s wife. She greeted us as we walked past and we asked if she knew which way we should go to arrive in the village. She was very friendly and pointed to a downward path, which was more a muddy trial. She immediately took pity on us and asked if we were thirsty.

Of course we were. Mr. Anglo Swiss already had a vision of a cool beer, although I would have been happy with a glass of water. She disappeared into the farmhouse and reappeared with a tray containing glasses and a large jug. Yes, we were being offered a nice cooling drink of milk, fresh from the cow. It even had the skin and cream of the milk on top.  What could we say? The kids accepted. I am not a milk drinker. I do not really like milk, unless perhaps it is a milk shake with a strawberry flavour, but cows do not produce milk with flavours. I also prefer it in a box and pasturised or sterilised. I do not like milk with the original udder taste. Mr. Swiss managed to drink his milk whilst I was still feeling a little queasy to say the least. Somehow I managed to let my milk disappear, without drinking it myself.

We thanked the nice farmer’s wife and attacked the meandering downward muddy slope to the village. On this day I realised that if you are a farmer’s wife in the alps you have a different attitude to a fresh drink. I learned for future hikes, that paths that did not meander up and down, but straight ahead, were the ones to avoid. There would only be a glass of fresh milk, straight from the cow, as a reward at the end of the path. 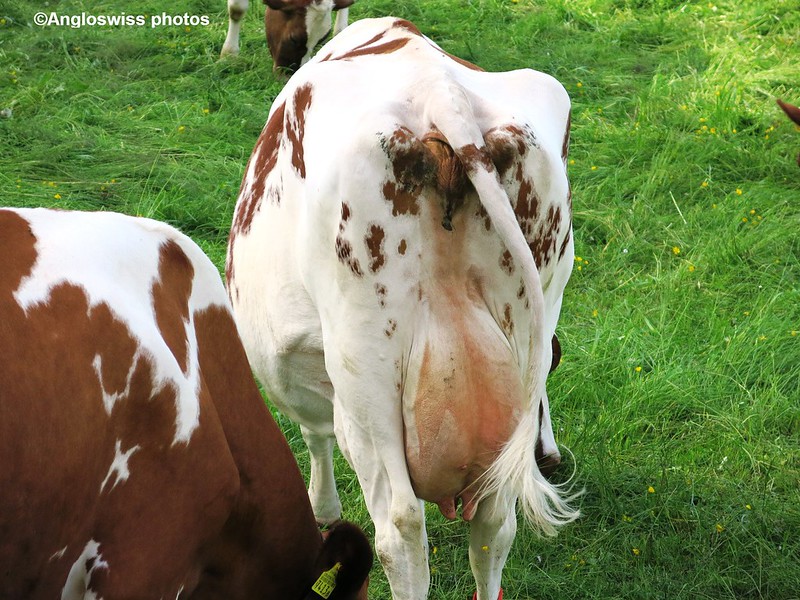 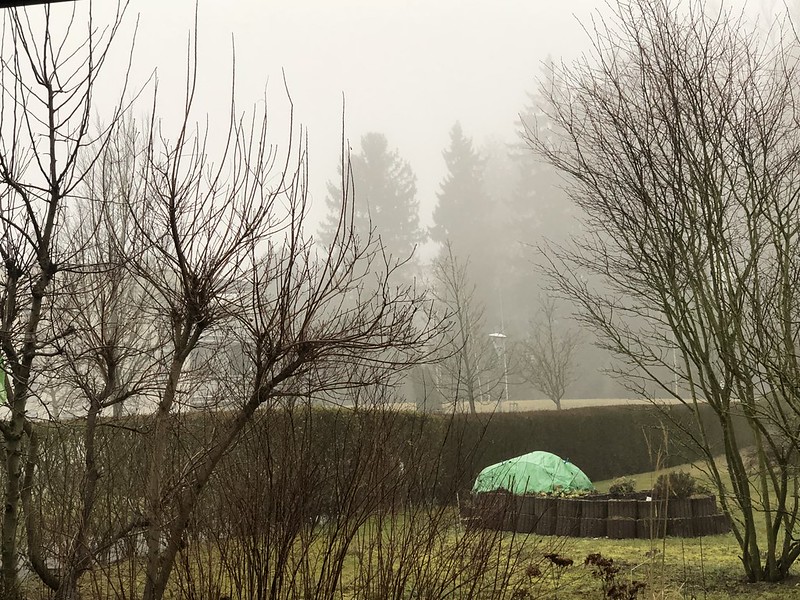 It rained yesterday and throughout the night, the result being a misty Sunday morning. Today we have visitors. No. 2 son with wife and No. 1 grandson are visiting, so am not quite sure about my appearances here today.

Yesterday was one of those almost boring Saturday evenings on the TV, so luckily I had a book to read. The Swiss TV decided to do a copy of a British successful programme, Come Dancing. The idea is to have prominent TV people. get them to train as dancers and feature them on a TV programme. It might have been quite a TV success in Engand, but it would have been better had the Swiss not bothered. We have few prominent people, most of them not so prominent, and the whole thing resembled an amateur talent competition. It was boring and trivial. I am sure the only enthusiastic people watching the show were the audience in the TV studio and they probably only clapped when they were told to by the directors of the show.

The days of the Quiz shows have now gone and the new movies are also no longer so new. For a while there was a talent competition on Saturdays, like The Voice of Switzerland, but that is no longer so popular and also a borrowed idea from Great Britain which had been imported from the States. I was left with a choice of reading a book or doing an online Jigsaw puzzle. TV is going from bad to worse.

Suddenly I noticed that Easter is around the corner. I survived the Christmas advertising gimmicks and now I am confronted with easter bunnies from the local supermarket. For each 20 Swiss francs spend you get a sticky, when the card is full of stickies you get an easter bunny. As I am not making trips to the store at the moment I have had to rely on Mr. Swiss to collect the stickies. Up to now we have one Easter bunny, and there are three of them. I already have a collection of 10 Easter bunnies from the past years, problem being I do not really know what to do with them. I am not an Easter person, and do not bother with chocolate eggs or bunnies. I used to even boil eggs and colour them for at home, but that was in the olden days when the kids had fun doing it. Now the time is slowly arriving where my youngest can colour his own eggs for No. 1 grandson.