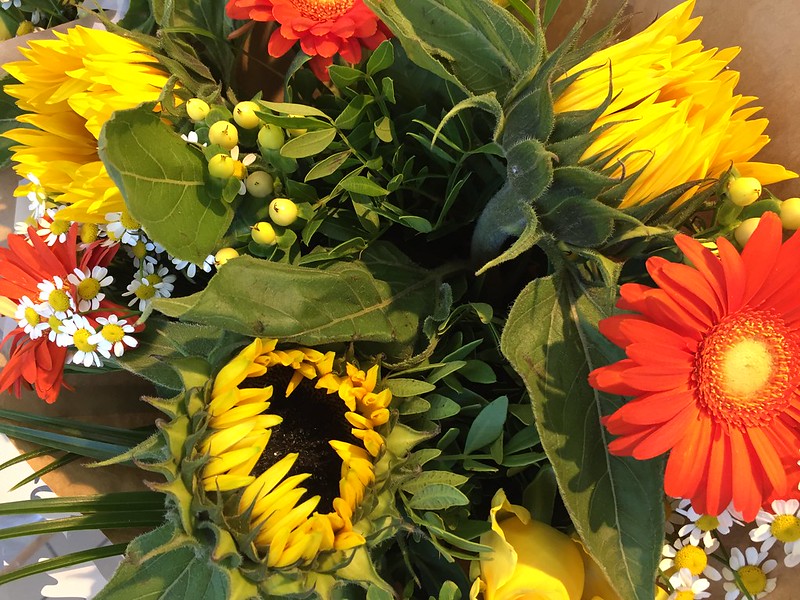 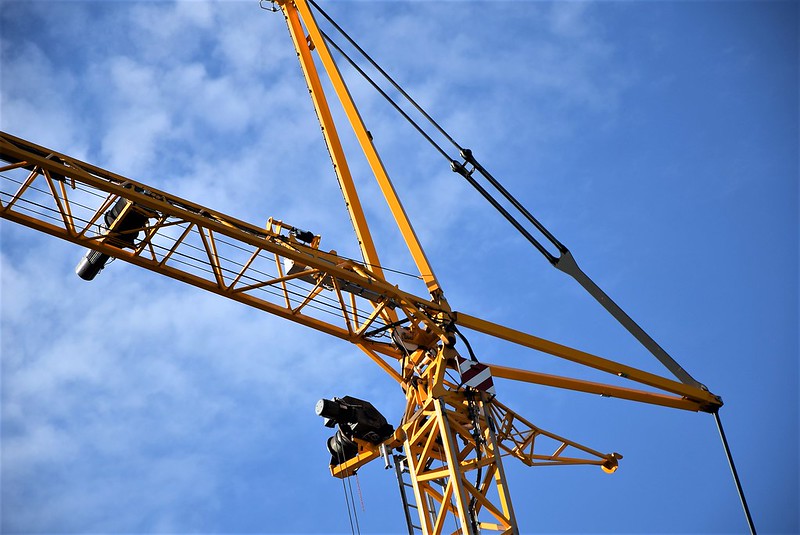 I have been surrounded by machines over the past weeks, so what could be better than to take some photos. This crane was parked in my back yard for a morning. 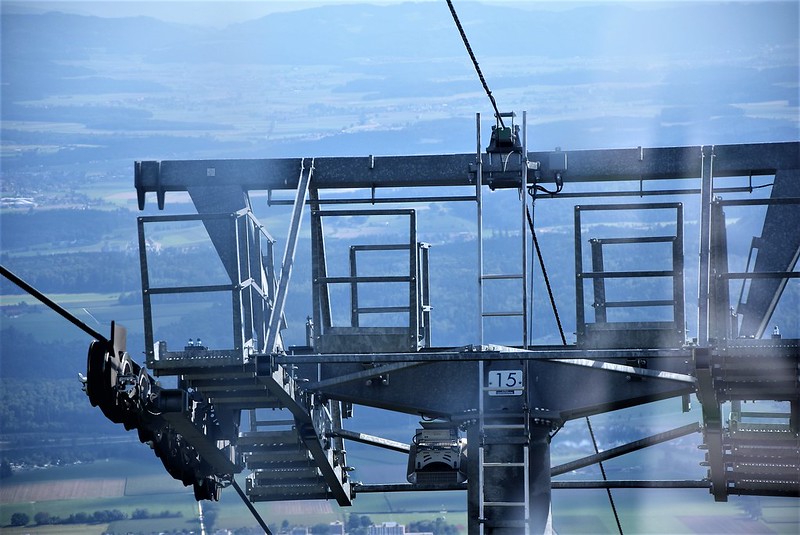 And these are the pylons belonging to our local mountain railway cars where the cables are all hooked up. 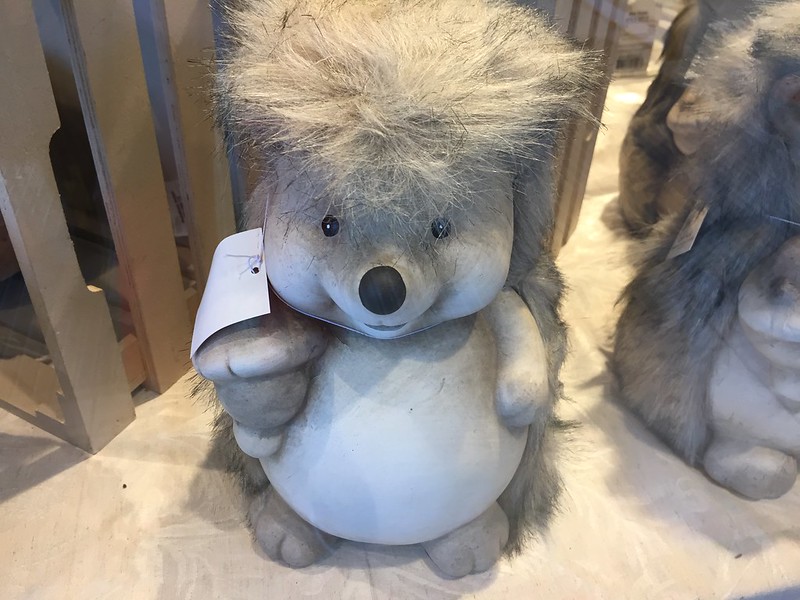 And I saw this little hedgehog in the local store, just asking for a photo. 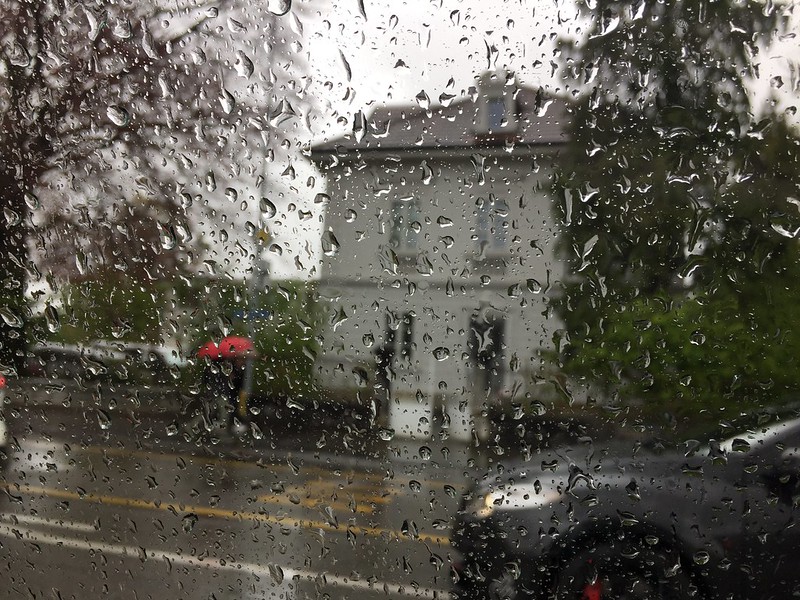 Rain is elusive, it does not always want to have its photo taken, perhaps it is shy. But I trapped it here through the car window. 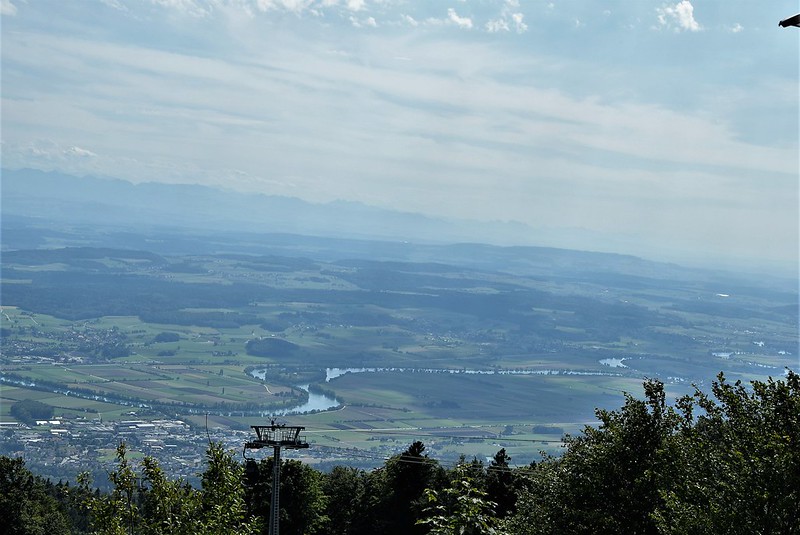 We have an island in our local River Aar in Switzerland. I was up on the local mountain last week and took a few photos of the river from the top. You can see the island at the curve of the river. The island does not have a name, it does not need one, because it is the only island in our stretch of the river. It is farming land and the only inhabitants on the island is the farmer and his family with his herd of cows. You can visit the island, he picks you up with his boat and when you have arrived on the island you can take a walk or go for a swim in the river. Even the cows go for trips on the boat if necessary. 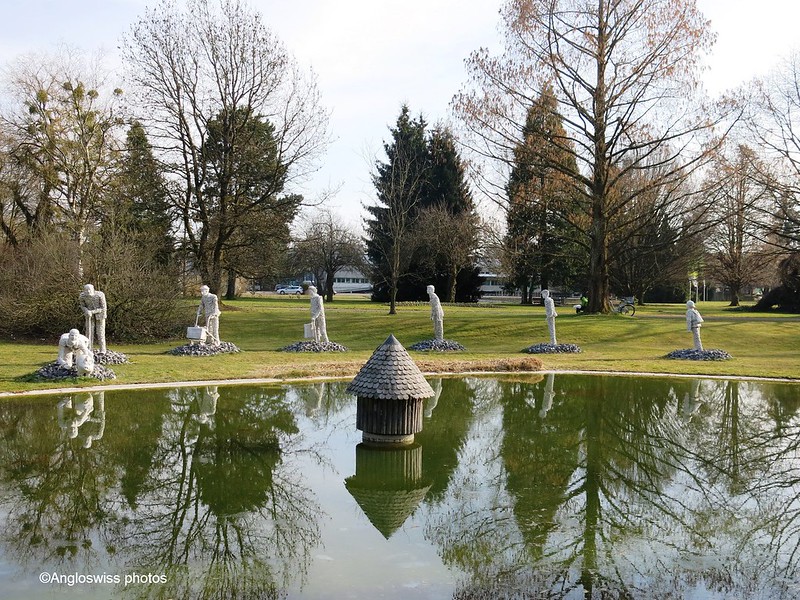 The seven ages of “man”. I did not ask to be here, but I am, all a result of a biologial process, so I get on with it. I am probably now No. 5 or 6 from the right, not quite No. 7 but it will not be long. If I crawl on my knees now I cannot rise without help. Actually I am probably No. 6 because I have a walking stick, although No. 5 could also be me in the supermarket where I  cling onto the shopping trolley for deal life: not for carrying shopping, but more for carrying me. I am really too busy with my own problems to pay homage to others who are brave, become personalities and do good. Of course I clap at a concert of music I like or recommend a book from one of those great authors, but I am not paying homage. I am just enjoying a few perks in my life – there are not many.

Sorry to be so dismal on this theme, but homage is paid to those that achieve their greatness through their reputations of being good, great and worth it all. Who tells us that they are great – the newspapers, the television – the public media, but I am no longer so sure it is real. Even the president of the United States tells me constantly it is all fake news, and he should know.

Looking around at the state of this world, I see nothing very much to pay homage to. So I will continue writing my daily blogs as I have nothing better to do. Hey I even get likes and comments, now what could be better. Who needs homage when you live and your colleagues say “Hi, good to see you today same place same time”.  One day I will crawl towards the brink of the lake, but I will still be able to write on the keyboard and switch on the computer. And if not, don’t pay me homage, just carry on as usual.

Daily Prompt: Homage? No I don’t think so 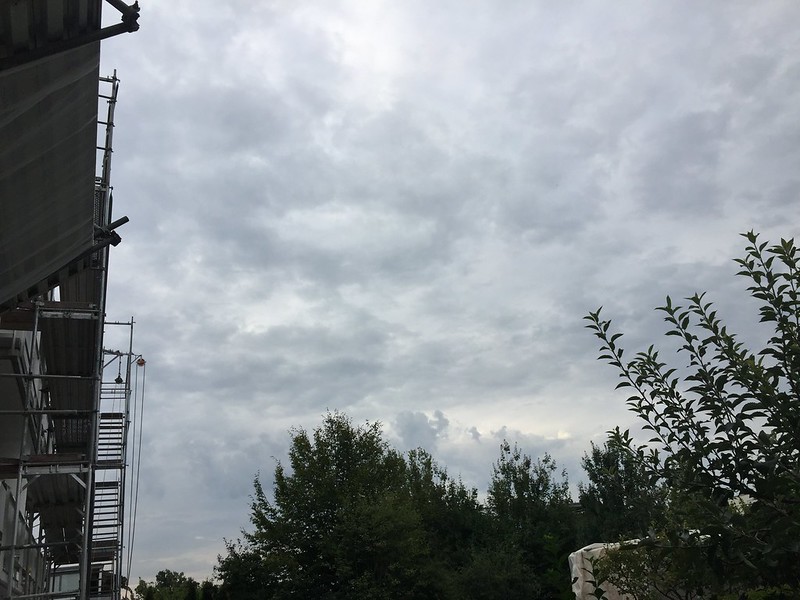 All quiet on the Western Front this morning: no builders, no noise, just a few crows having a conversation. Sunday morning and all’s well with the world although the people living in Texas are not having such a great time with the hurricaine. We also had a catastrophe occur in the little village of Bondo in Switzerland, in the mountainous Kanton of Grisons. They had a landslide and a tourist group of walkers disappeared. This was a few days ago and they have not been found, there is not hope left. In the meanwhile the situation improved and people could return to the houses which were still standing. The worst thing happened and there was a second landslide, so there was a second evacuation. Half of the village is now buried, but luckily no further casualties, but many people without homes. Not to be compared with the scope of the disasters in Texas or course.

We had a small problem yesterday, a kindle was reported missing. Losing a Kindle is worse than losing a book, as on a Kindle there are many books. A search began in all places where a Kindle could be hiding, but to no avail. Luckily the Kindle was backed up on an iPad, which was one advantage. However sometime in the evening a strange object was sighted laying on the floor in a corner beneath a sofa. I could only see it from a distance as my body is no longer designed for kneeling on the floor and excavating dark places.

Yes, it was the missing Kindle so joy prevailed once again. That is a problem with these online devices, they are so easily mislaid. There used to be questions “have you seen my car keys?”, “where did I put my purse”, which have now been replaced by “Have you seen my iPad”. iPads are not easy to find, because you must know which one you are looking for. Is it the one with the blue cover, the orange cover, or perhaps the mini version with the green cover. Yes, too many iPads are not so good.

I seem to have a wandering mobile phone and often Mr. Swiss has had to call me so that I can hear it ringing from a dark and dismal place. I receive continuous peeps from my phone when somewhere  a like is made on WordPress or even Facebook. I also have the BBC news programmed. That does not peep, but plays a loud fanfare. Due to these distrubances, I was requested to switch the volume off, so now all I get is a shuddering tone as my phone vibrates. I misplaced my phone and Mr. Swiss called to help to find it. It was shaking and trembling somewhere, but nothing could be heard because I had to switch the tone off. I eventually found it. Handling these online gadgets can be complicated, but life is never boring.

And now to the normal daily routine. I have decided on yet another quiet Sunday, just me, Mr. Swiss, my iPad, Kindle and computer – what could be better (if I know where they are). Now and again we actually talk to each other: questions such as “Have you seen my Kindle”. Ok, I am going, enjoy your Sunday. 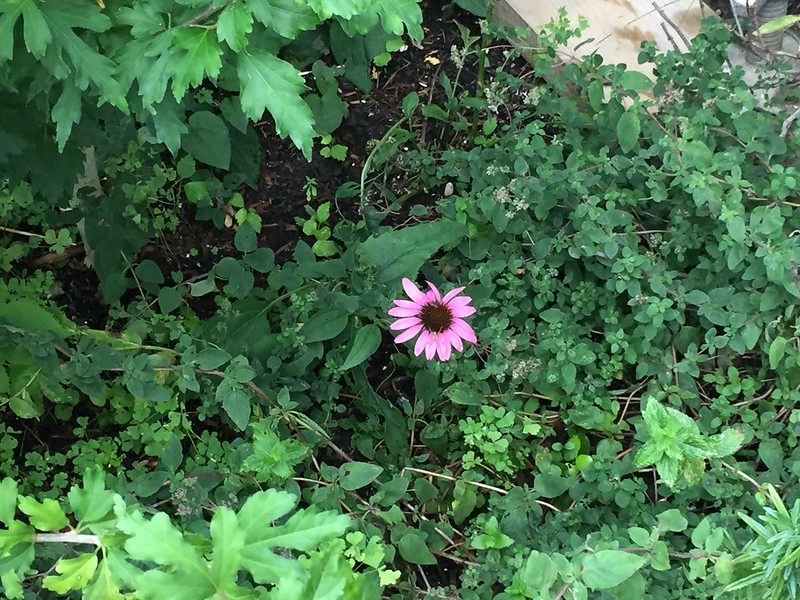