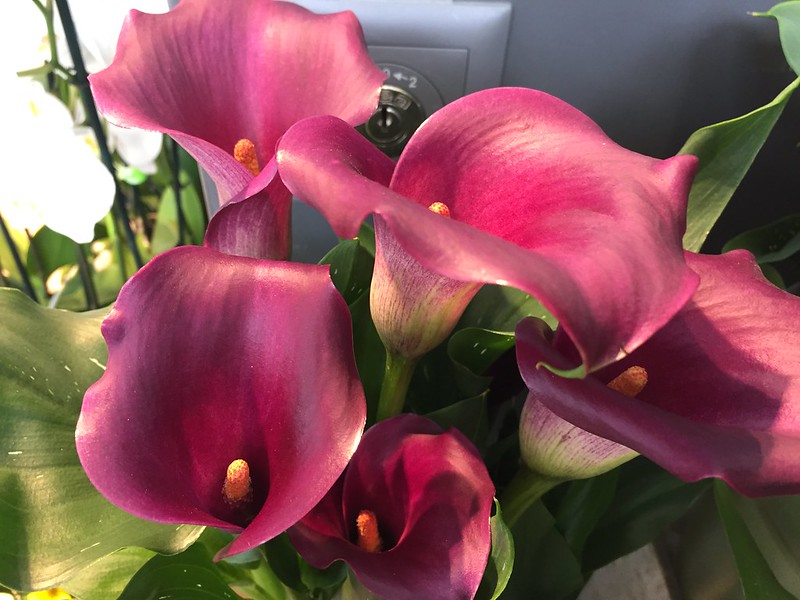 Whenever I see one of these in the store in yet another colour, I just have to take a photo. 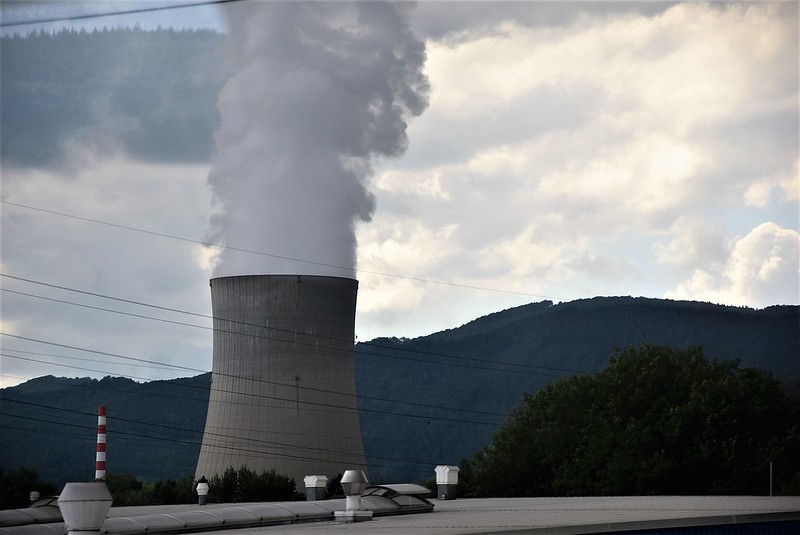 It is only steam they tell us, nothing worth worrying about. Of course I am not worried when I take the train to Zürich and pass through Gösgen where one of the Swiss nuclear power plants stands, since 1979, I always try for a good photo from the passing train. This time I was lucky. Up to now nothing has happened, and after all it is only steam and steam comes from water – a natural element. Bordered by the Jura mountains it has its touch of romance. You can even see the steam as you fly over so you always know where you are – I saw it every time I flew to London from Zürich blowing through the clouds.

You can even visit the power plant, as a tourist, but you have to make arrangements. Once someone wanted to visit with a geiger counter. Strangely they told him this was not permitted, I wonder why, after all it is all so elemental, or? You were expecting Swiss mountains, sorry to disappoint you, but Swiss alps get boring with time. OK, last week-end we were in Schaffhausen, so I will leave you with something more elementary, one of my 200 photos of the Rheinfall in Schaffhausen. 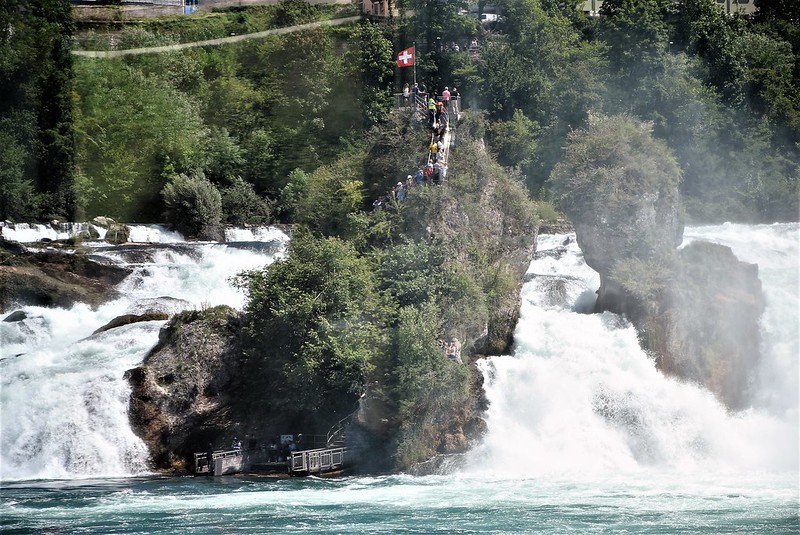 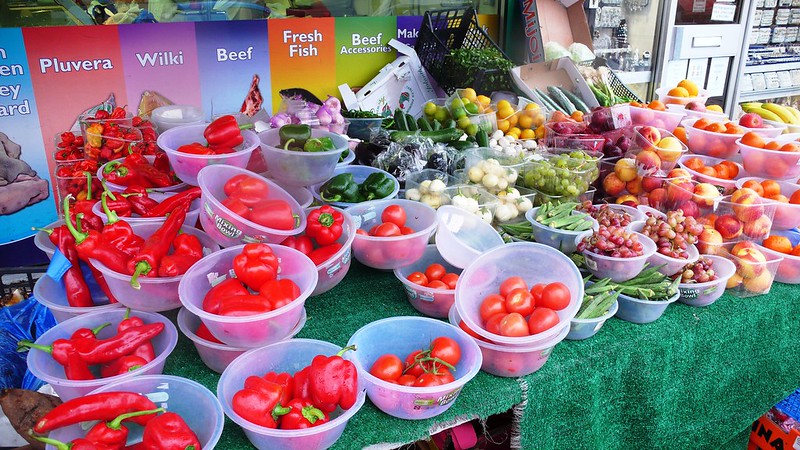 I was not on a journey to Asia, but just visiting my late dad in London and taking a few photos. This was Dagenham Heathway, not the high street in Bombay, but the selection was very similar. The world has become smaller and our taste for something completely different has been encouraged. I am sure my mum would have classified this selection as foreign stuff. I remember a visit of my parents to Switzerland. We were in the Bernese Overland and stopped for a meal, I think it was Interlaken, you couldn’t get more Swiss if you wanted to. Anyhow the menu had a few basic items and as mum and dad were always lost abroad without fish and chips or meat pie, they always selected the same as we had from the menu to play safe.

The food arrived and my dad’s comments was “they like that sort of thing”, “they” being me and Mr. Swiss and the kids. It was then I realised that I did like that sort of thing, and I absolutely did not miss english food. On the other hand I had to get used to being married to a Swiss and his tastes. You can always recognise someone Swiss as they will not travel to another country with their Aromat. 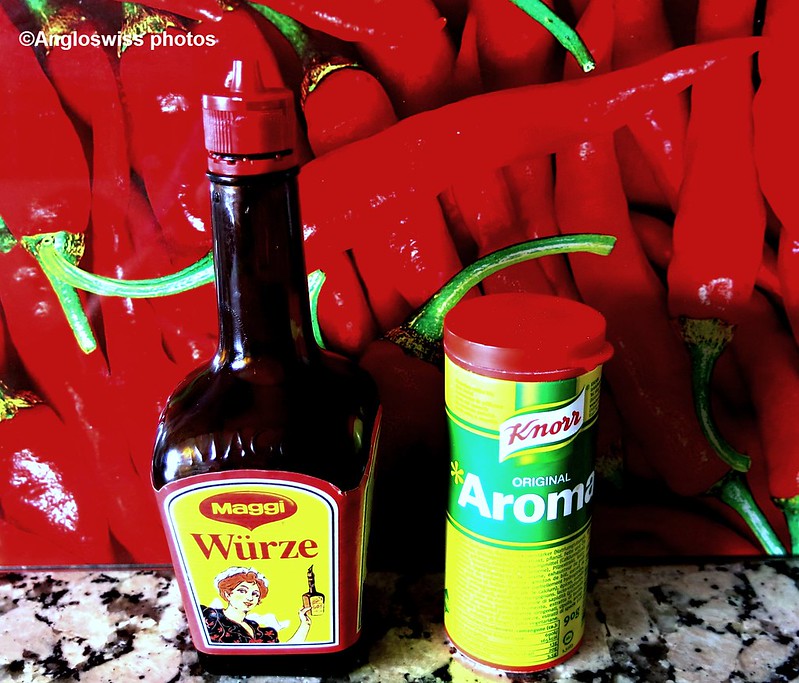 and if necessary Maggi, which is a brown liquid, spicy and vegetarian. Mr. Maggi never tells his secrets, but a maggi plant does exist, so it is probably used in the manufacture.

Aromat is Swiss and no Swiss would be without it. When we travelled to another country on holiday, the aromat came as well. It is a yellow powder, salty, but has its own taste and is most probably about 150% glutamat, its healthy properties can be discussed. The Swiss have a remarkable way of eating a fried egg. The cooked egg is smothered in aromat and maggi and eaten, no problem, but the actual taste of the egg disappears somewhere between brown liquid and yellow powder. Our aromat has accompanied us to Mallorca, Marrakesh, New York and a few other foreign parts, including London of course. Luckily London has discovered the wonderful properties of Aromat in the meanwhile, so you can even buy it in Tesco.

As I lived with a Swiss-Pakistani family in my first two years in Switzerland, I got used to eating spicy. I discovered that there was more to life than just salt and pepper and a sprinkling of vineagar on the french fries, and Asian food is usually accompanied by rice in any case. Romantic names such as turmeric, cardamom, cumin, coriander, tarragon etc. etc. were a normal part of spicing the food. I tried out various mixtures when I began to cook for Mr. Swiss and he quite liked the Asian style of spice, but always added a sprinkling of aromat somewhere. I must admit that I always add some aromat to a finished pot of pasta, although Mr. Swiss likes to add maggi as well, but that is an individual Swiss choice.

So summing it all up, if you ever visit Switzerland, you will know you are there when the restaurants have a pot of aromat on the table. If you ever go to a restaurant in your own country and notice someone reaching with shaking hands into their pocket and breathing a sigh of relief when they realise they did remember to bring their aromat with them to sprinkle on the meal, you realise he must be Swiss. 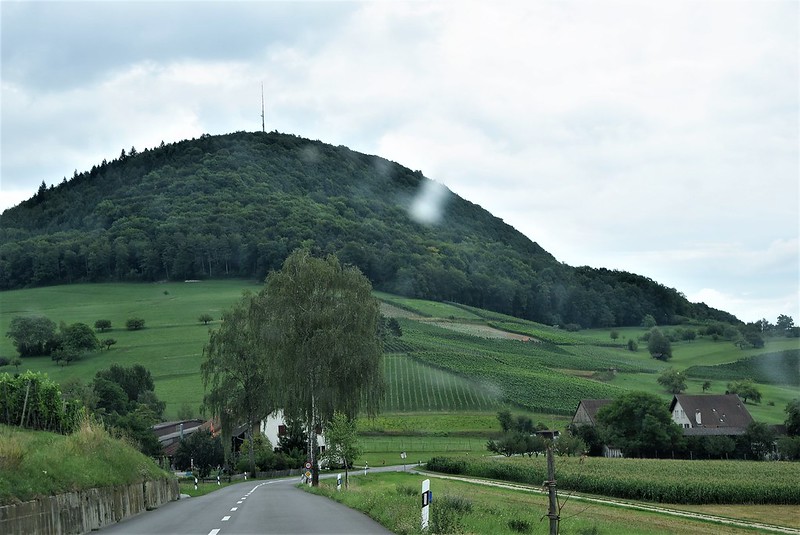 Even Kanton Schaffhausen has its mountain range, known as the Rande, although to us from Solothurn with the Jura in the back garden, these “mountains” were more like larger hills. This particular “hill” even had an antenna on the top, probably for TV. Again you see a vineyard on the right. The white mark on the photo is from my son’s car window and not the camera lens. I told him to clean the windows for our next visit. That’s what mums are for. 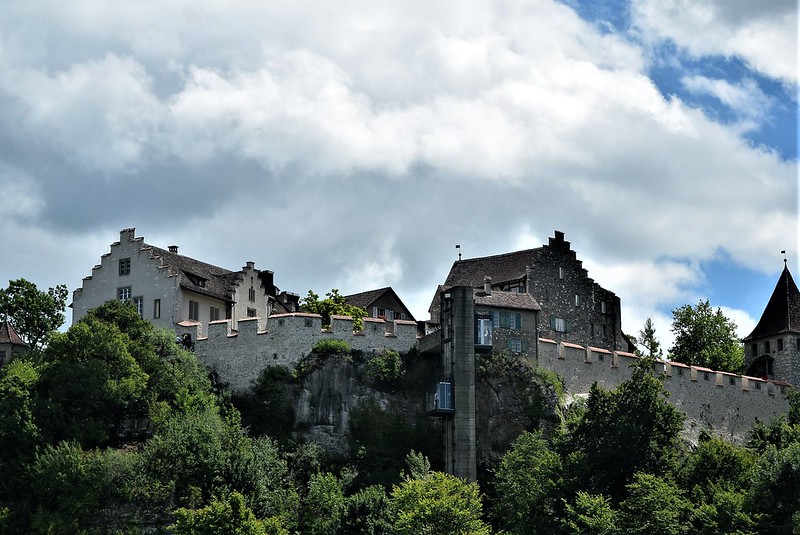 Looking down on the Rheinfall there is Schloss Laufen which has a railway leading to it and it seems a lift to reach the top. We only saw it from a distance, but another interesting landmark. We also many large industrial campanies are also in the Rheinfall area, such as SIG (Swiss Industrial Company). 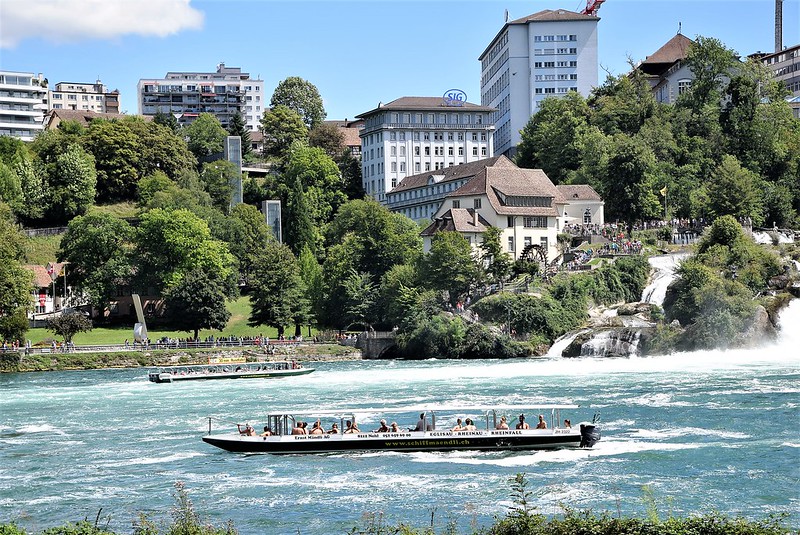 What a lovely view to have from your office window, we only had railway lines where I worked, although in the distance you could see the first range of the Jura.

After two days of enjoying our stay we eventually said goodbye to Schaffhausen. We will return definitely when the heir appears in September, but normal life goes on. On the day we left the parents of my son’s wife had arrived for a couple of days from Germany. We do not see them often as we both live in two different directions so it was a nice reunion.

We are now back to the renovation work living in the scaffolding to the background music of some sort of machine. This time it is a lighter taste of music and no longer the William Tell Overture, more the Nutcracker Suite.

Tomorrow is time for the annual garage examination and tune up of our car. Our garage has moved from along the road to out of town in another village: no big problem, but it means that after bringing the car Mr. Swiss will have to return home by bus and again by bus to pick up the car in the late afternoon. As Thursday is not really a car day for me, it is not a great problem.

I should urgently go to the hairdresser as my hair is no longer doing what I want.  I had a silly idea about letting it grow, but it does not grow how and where I want it to and does its own thing. This afternoon the plumber is calling about our tap in the kitchen. It no longer switches of when we tell it to, and we have to make manipulations to prevent the Niagara Falls in the kitchen sink, so forget the hairdresser. Tomorrow we do not have a car and it will be Friday afternoon, if I am lucky, to include my scalping programme.

And now to the supermarket for a change. The sun is shining, the monsoon season is making a pause, so everything under control. It is funny how you enjoy daily life when you take a break. The monotony is no longer there. Yesterday I even enjoyed cleaning the bathroom which is really an exception.

I leave you with some grapes from Schaffhausen. 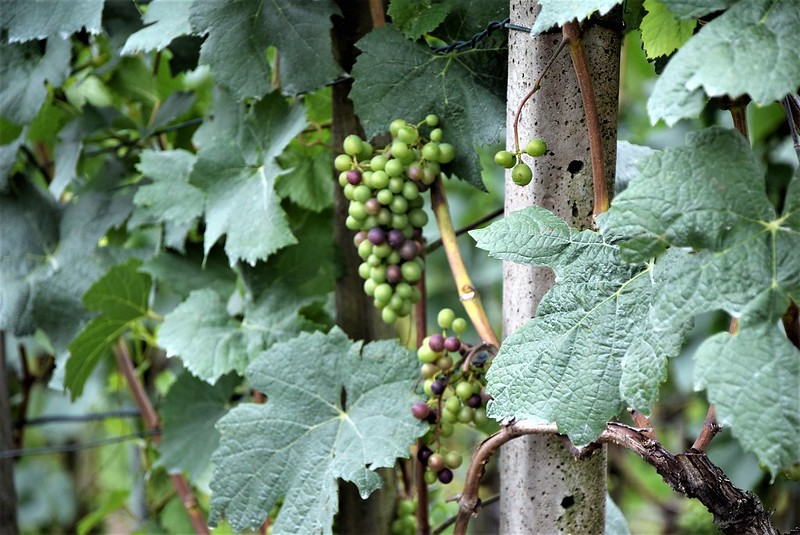