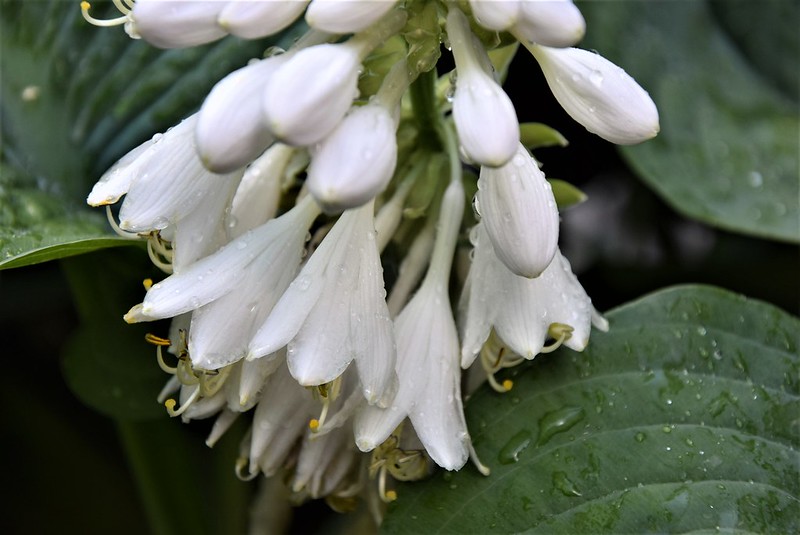 At the end of June my giant hostas were flowering. Now I am only left with seed pods, but also quite spectacular. I love this plant. It returns every year, although it seems to me the leaves are getting larger year by year. 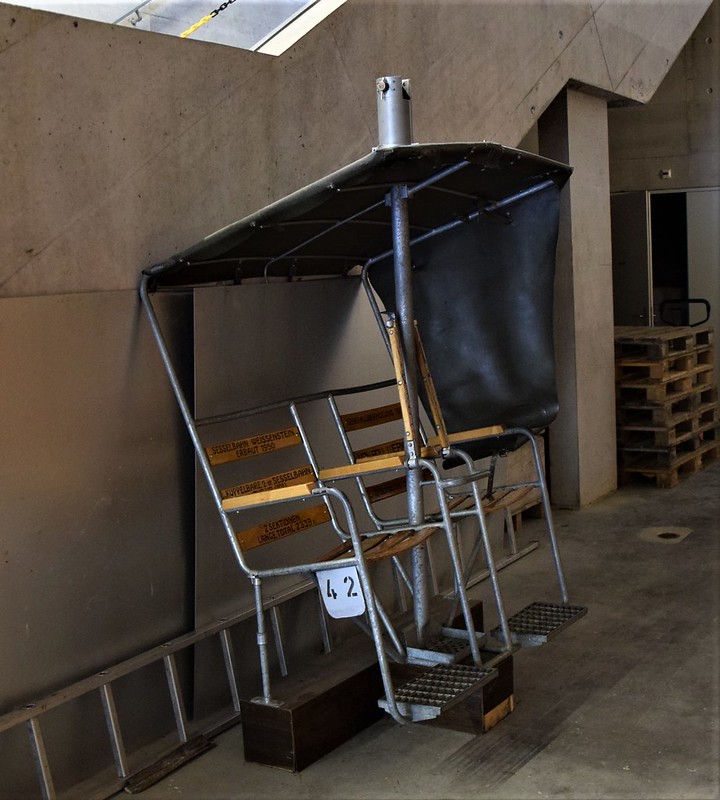 Last week we took a trip to our local mountain. As you enter the boarding station there is an exhibit of the old chair lift that used to transport you to the top. I remember family Anglo Swiss often travelling on these hanging chairs. It was an adventure for me, and for the kids, being suspended over fields and trees. There was even protection from the weather with a leather cover which was only used when necessary. This chair lift sytem was installed around 1950, but nothing remains young. The whole system was geared to these chair lifts, but like everything parts need replacing. Even I need a few new parts.

One day there came a day when the parts were no longer available. The system was out of date, old fashioned. Today you do not go on a chair ride to the top of the mountain, but you have a comfortable ride in a cabin. And so it was decided that the whole system must be rebuilt.

There was an uproar in our local area. This was unbelievable. The well known, if quaint, chair lift system was out of date and like other out-of-date objects it must disappear. An organisation was formed for the preservation of our chair lifts. Visions of steel modern cabins were seen by those that like things to stay as they are. A committee was formed, votes were cast. “Save our chair lift” could be read in the local newspaper, but all to no avial. Perhaps common sense won over nostalgia. 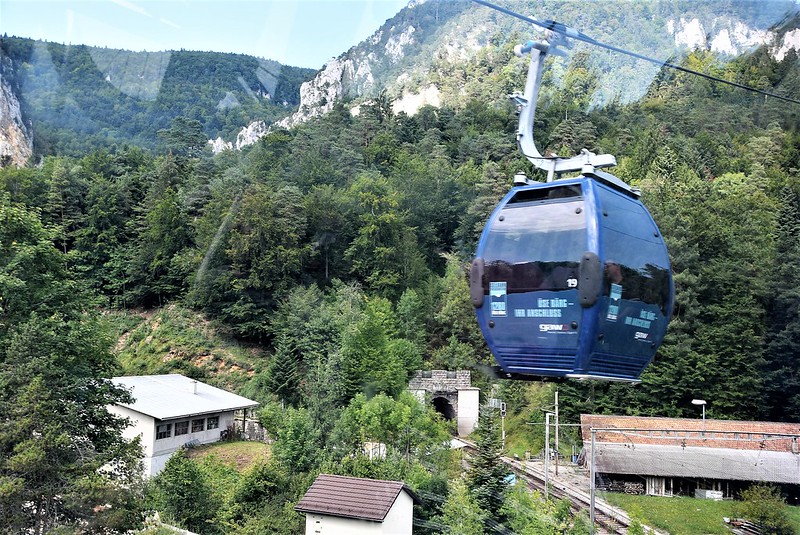 And so Mr. and Mrs. Angloswiss made their way up the mountain last week in a comfortable gondola with plush covered seats. We were only 2 people in the cabin, but on busy days it could easily carry 6 people. The old chair lift system was demolished, the supports removed from the montain, although you can still see the remaining squares of concrete where they used to be when you look down. I just noticed on this photo you can see the railway tunnel in the background. The cable cars always began near the local station of Oberdorf. Now our journey is dignified, comfortable and above all modern. The new system took about 5 years to build, although it was at a time when I no longer travelled to the top of the local mountiain. Mr. Swiss and I were busy with other excursions on our holidays and we never really thought of it.

Until last week Mr. Swiss said it is now of never. We had been talking about the journey with the new system for at least a year and last week we did it. A short journey to the ground station by car, and a 20 minute ride to the top and we were there. Of course, one of those occasions when you really ask yourself why you waited so long. Of course we can no longer take long walks at the top if the mountain as in the days when the kids were still kids and we even lit a small fire to toast sausages on the way.

We were now travelling with dignity, on soft seats, protected from the winds, and with wonderful large panorama windows to see it all. There are times when I do have a little nostalgia for the good old days. Here is a photo where you can see the pylons of how the cable railway climbs the mountain, taken from one of our local roads. 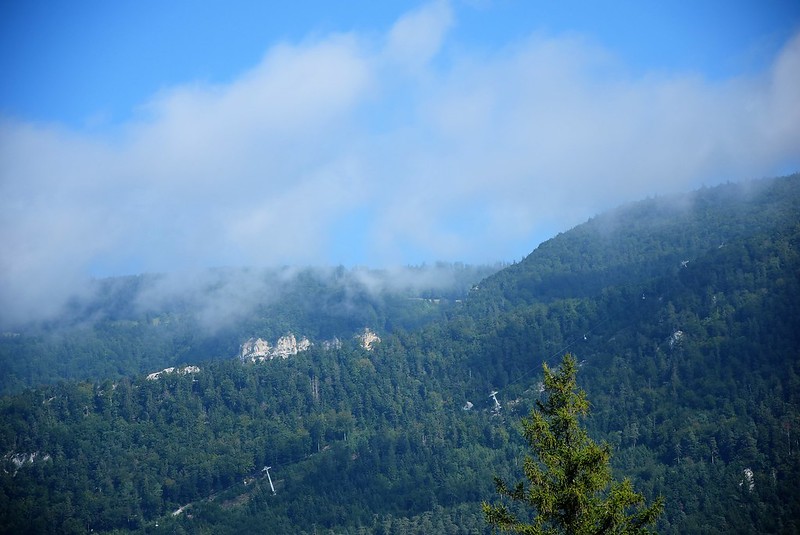 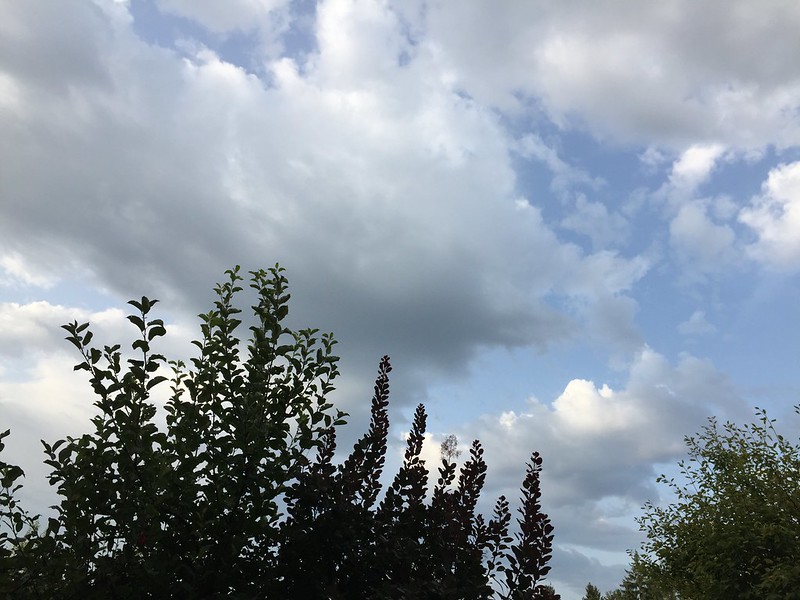 It’s my sort of favourite sky in the morning: a bit of blue, some clouds, and not too hot, just perfect for a normal beginning to a day.  It’s the week-end, although what’s a week-end to a golden oldie? Every day is more or less the same. Perhaps you have an appointment with the doctor, even a hairdresser appointment, and you might be going somewhere like the supermarket. Now and again I find the energy to go places and do things, but only because I like to take photos, which is my driving force, otherwise I really do not think that I would bother.

If I need anything I can buy it online. When H.G.Wells wrote his great epic “The Time Machine” he imagined a furture playing in a world divided in good and evil. The evil were the workers living underground and the good were the people living above on the surface living their perfect lives until perhaps a morlock (one of the underground people) made an appearance and perhaps devoured an eloi (the goodies) for lunch, or something like that. I read the book many years ago, so perhaps some of the details have got blurred over the years.

Our future world is not quite like that. I imagine towns that are no longer towns, even villages. We will probably sit in front of our online screens ordering what we need to survive. Our local town of Solothurn is slowly resembling a ghost town and the people you see on the streets are usually sitting in the street cafes or a tourist on a day’s excursion visiting museums or the local parks and taking photos. We are becoming a nation of online shoppers. Amazon is now the name of the local shop: just order it online and it all began with books. I read yesterday that Walmart (which we don’t have in Europe) have introduced something similar in their shops.

Even when I shop in my local Migros I have a choice of paying normally at the cash register with real money or a plastic card or I can do it all by myself. There are special machines to enter the barcode from the products and eventually pay by credit card. Mr. Swiss said only yesterday that elderly people would have problems not being used to plastic money. He was thinking of his mother and I thought of my dad, but even these are disappearing. They left the commecial world some years ago and where they are now they need no money, they have no use for it.

I reminded Mr. Swiss that we are now the golden oldies and we are both computer literate, because we grew up with it: not from the beginning, but half way through. We have no problem with modern online life if we can remember the numerous codes we need.  We are the new generation of online golden oldies. Mother-in-law did not have a plastic card and my dad did not even have a bank account. He carried his money with him in his pocket, although he did have a savings account, but cash was the idea of paying your way. This generation is gradually disappearing, there are not many of them left and so with time H.G.Wells future world will probably only contain people and computers – no more shops. There will always be an opening for food, the human needs to eat, but the rest? All online. Perhaps our towns will only be post offices and banks to manage the money. And believe me it can happen quicker than you think.

Today I will stay at home, my online human will go into town for the few bits and pieces we need. I just have to press the right buttons and enter the correct code showing the shopping list. 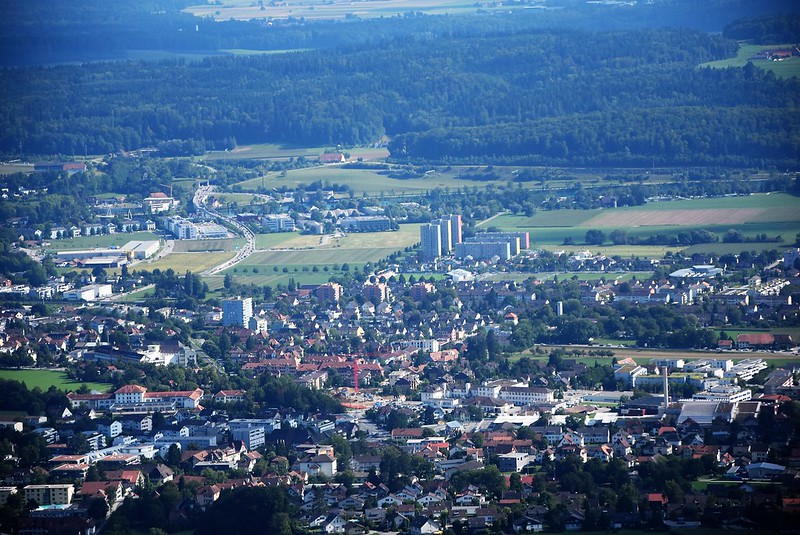 Hard to imagine that this sprawling country town of Solothurn might one day just be living quarters. The shops are slowly disappearing and there are many empty places with large windows looking into bare rooms where there used to be people going about their daily shopping lives.