Today, we challenge you to create a compelling setting for your story. Based on Dracula by Bram Stoker 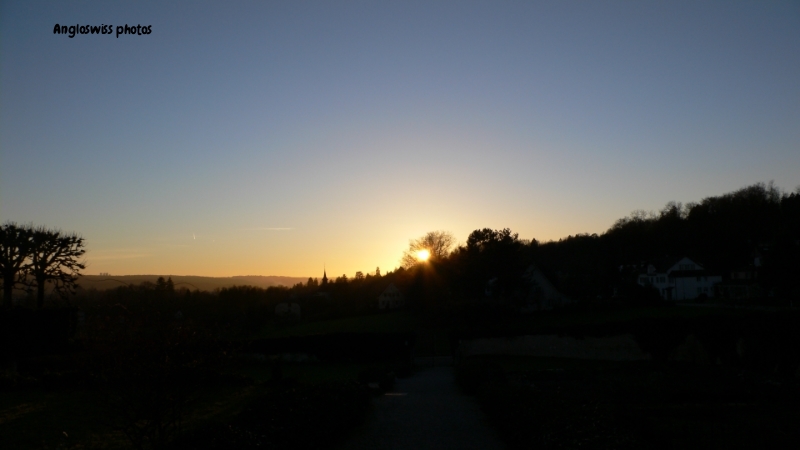 It was a job just made for him and for his talents. It was a night job, it could not be better. The day was boring, the streets full of people pushing, no time to wait, all in a stress and of course the daylight. It took him many years to realise that this was poison to his way of life. He preferred to take things easy, to be his own chief, to decide when and where he could carry out his purpose I life and this was just what he wanted, as if the job was waiting for him. After examining his qualifications, and his boundless knowledge in connection with the requirements necessary, he was chosen. Not everyone was prepared to work only at night, but this man was ideal. He only wanted to work at night. The only stipulation he made was that he would like to have one night free monthly. This was no problem and he was engaged.

So Mr. Vlad Drake was employed at the local hospital in the Blood Bank. He was a happy person, at last he could forget the endless walks through the streets only meeting half drunken louts and sick drug addicts. They were no reward for a genuine vampire who had roamed the streets of countries no longer existing. Today it was no longer enjoyment. There were people dressed in black, sporting white shirts with frills and long greasy black hair. Even the women were painting their fingernails black and sporting a black lipstick. To his day the women had wonderful blood red lips, an invitation to any pair of fangs. The name Goth was mentioned in connection with these strange members of the human race and he must admit, such necks were not inviting to a fully-fledged 100% vampire as he was. He could remember the days when his castle was being built in a dark corner of the Transylvanian mountains, but times change and so do vampires. Enough wallowing in this nostalgic frame of mind, he was now the chief in his department, although at night he was on his own and had no staff.

“Your nocturnal work will probably mainly consist of handling emergency needs from the blood bank” said the doctor responsible for transfusions. “You will have to work quickly in stress situations. There might be a large pile up accident on the motor way and there will be a great need for blood. It is important that you select the correct blood group.”

“No problem, Dr., I can literally smell the various blood groups. This is not my first job looking after blood reserves.”

“Ah yes” answered the doctor “I believe you were working in your mother country of Romania before you came to our country. I remember you have a profound experience in dealing with blood and the results of your qualification test were the best we have ever had. In that case I will leave you to your work and wish you a good start.”

“Thank you doctor, I am very much looking forward to the logistical side of the work. Blood has always interested me, from a scientific point of view of course. I can almost smell the various groups.”

And Vlad Drake was left alone in the department to his own devices. He regularly received supplies of blood, packed neatly in plastic pouches and labelled with the blood group. It was his job to list the quantity received according to the group name, which he did with no problem. Now and again he perhaps wrote ten received, instead of twelve, but this was no problem. The two not listed were his own private supply which he took home when he left early in the morning, before the sun rose.

Things were developing perfectly. He now had his own little blood bank at home and no longer had to depend on the rabble, on the unhealthy who roamed the streets. His blood supplies were clinically packed and inspected for any impurities.

Once a month he had his free evening. Strangely this evening coincided with the full moon. No self-respecting vampire would work on a full moon night; it was perhaps equivalent to the week-end for the mortals. They enjoyed their free time and so did a vampire. He usually took a flight to the local forest or graveyard and exchanged fond memories with others belonging to the undead. He was admired by others of his race, being the person with most experience and his stories of the old days in Transylvania where wolves were wolves and the victims died with a wooden stake driven through the place where their heart should have been, were held in respect by his fellow vampires.

Vlad Drake soon became a respected person in his job. There was nothing he did not know about blood, and many students were sent at night to learn from him. Some students had to treated for anaemia from time to time, but as Vlad was such a well-known capacity in his job, this was ignored.

The strange thing was that after fifty years working as head of the department, he made no signs of wanting to be retired. Indeed his appearance did not seem to change and he remained the same Vlad Drake as ever. This was probably also due to the fact that he outlived most of the other doctors.

When he arrived home in the morning he was a happy vampire. He could relax, have a drink from his personal reserve and relax in his silk lined coffin in the cellar. This was different from the days when he was hunted by vampire slayers avoiding the garlic that the local peasants hung at their window. He never liked the stuff, and no-one would willingly be bitten by a vampire smelling of garlic. Times were great in this twentieth century world. He did miss the family, most of them being transformed into dust many years ago. It was their own fault, they just did not know when to call it a night, and if the sun crept over the horizon, well ……

8 thoughts on “Weekly Writing Challenge: The Setting’s The Thing”