You’ve been given the superpower to change one law of nature. How do you use it? 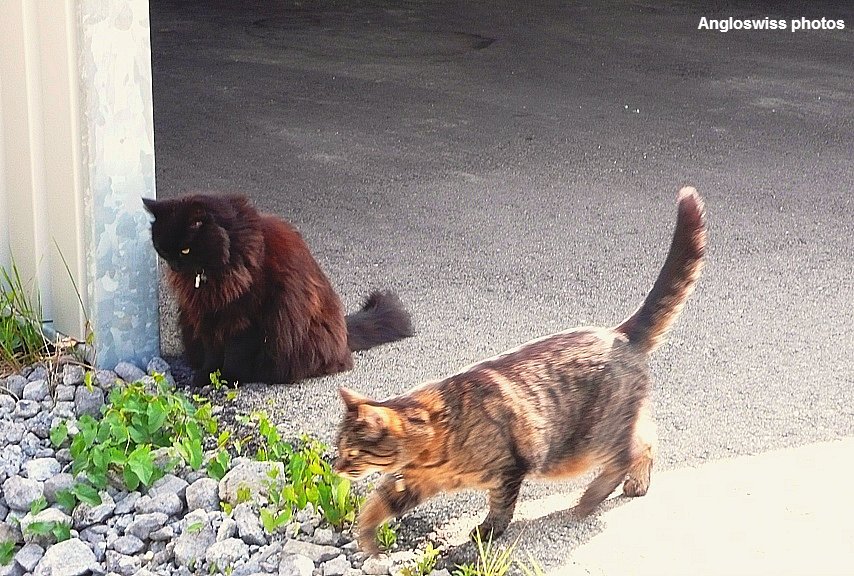 After careful thought I have made my decision. We waste far too much time in this world doing things that could be deemed as a burden, a waste of time, not necessary. Have you ever thought how it would be if the recycling process would no longer exist.

How often have I spent time in the local supermarket, interrupting my shopping experience with a visit to a certain place? “Sorry, but I must go” “but I was just going to pay at the cash desk”, “No, I can’t wait” and so I disappear to arrive again relived and full of energy a few minutes later.

What is the main interruption to your routine when you have babies to look after? Yesss, you change their nappies not just once a day, but sometimes once an hour and not because baby says “I have to”, baby just does it and you are confronted with the smell and mess and being a mother you have to do it all by yourself, although men also do it today as they decided they want to become emancipated and have equal opportunities as women. That might also be a law of nature we could change from the beginning, but no, let us not mess with that. It took women years of training to get the men so far that they really believe they are organising it all, and we do not want to spoil their visions.

So where were we? Yes, no more diaper changing, no more talcum powder sprinklings, and above all no more cat litter boxes, for those that are owned by this race of four legged furry creatures.

“You are going to abolish our cat tray?” said my three felines in chorus.

“Nera, Tabby, Fluffy, are you looking over my shoulder again whilst I am writing my wise thoughts for today’s blog?”

“Mrs. Human, since when are your thoughts wise, you sit at the computer chewing your finger nails and wondering what to write. If it was not for our feline inspiration, you would have no idea.”

“So what is so tragic about not having a cat tray? You would not be digging into the special clumping material covering up your private business. It would no longer be necessary. You would smell like Siddhartha, who left a trail of lotus flowers in his wake with every step he took.”

I noticed my felines were staring at me and shaking their heads and twitching their ears, which possess 32 muscles each and that is a lot of twitching.

Tabby spoke “Mrs. Human, with your brilliant idea of abolishing the cat tray, can you explain how we are to mark our territory with our personal fragrance. We would be invaded with all sorts of strange felines, who would not smell as sweet as we are. Ex territorial felines would invade our private realm through the cat flap and fights would develop. We do not need so much stress in our feline introverted lives. And who is this Siddartha bloke? I am sure he is not a patch on Bastet, and she said to leave a scent, a mark, where you have trod.”

“But Tabby your scents are not always so human friendly.”

“Mrs. Human we are felines, and how would I find my brothers in arms if we did not mark our territory”. That was Fluffy, who is blind, so I suppose he has a point.

“You see, Mrs. Human, Fluffy is right and it would mean that Fluffy would be following me, as leader of the pack, with his nose to find where he is which would be another cause of feline disagreement. I do not like being followed. Another point is the great outdoors. Our complete territory outside, known as garden in human terms, has a border lined without our scent. No self-respecting strange feline would dare to put a paw in our area without asking my permission. They would respect our marks.” Nera being the chief feline had made her point.

“Nera is right” said Tabby “and there is nothing more invigorating as digging in a soft patch of earth, leaving a token of our possession and afterwards burying it to ensure that it remains where it is. You humans will never understand the needs of the feline race. Our recycling tray remains and so does the recycling process. You might have problems with the human kittens, but we felines have no problems, we do not even need diapers. We are nature’s children and have no problem with it.” To accompany this last remark she stamped her paw on the ground, joined by Nera and Fluffy.

“And something else Mrs. Human” added Nera “if you really want to change the law of nature, the clumping material you use in our cat tray is not environment friendly. I am sure your Siddhartha guy did not have anything clumping while he was walking around in the lotus fields, and we felines do not need it either. It is not natural, our scent would not linger as it should.”

“Felines forget it. Let us just leave everything as it is. I am not going to use non-clumping material and sieve it all through to ensure a clean tray, so you will have to live with it.”

“If you really want to change one of nature’s laws Mrs. Human, then perhaps make the world language Meow. I am sure we would all understand each other much better” and that seemed to be the feline’s last word on the subject.

So I say a Meow goodbye to all. Have to go, there is a cat tray problem to be emptied.

Daily Prompt: If (I) Felines Ruled the World