Machines, appliances, and gadgets sometimes feel like they have their own personalities — from quirky cars to dignified food processors. What’s the most “human” machine you own? 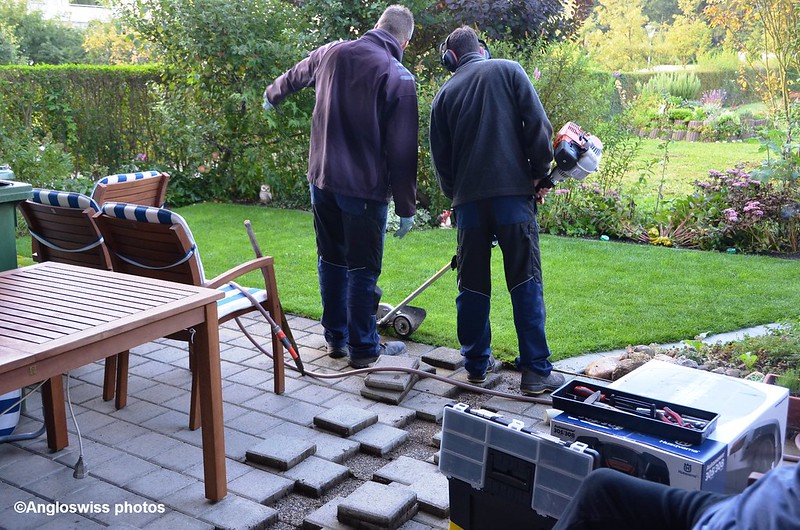 Oh, this was so exciting. After a long journey from Sweden where I was born I arrived in another place called Switzerland and spent a long while in a dark and dreary place. I was not so alone, a few of my brothers and sisters travelled with me. I felt lonely and started to cry. One of my big brothers told me not to be such a baby, one day my purpose in life would be fulfilled. It was all right for him, he was destined for great things, a park, a landscape, the wide open spaces. I was so small I was sure no-one would notice me.

One day things began to happen. One of those machines with two legs with a voice approached and opened my inside. It did not hurt, but I was sure this was the end. I was wrong. It was the beginning of something good. He poked around and I spoke. Ok, it was just “peep, peep, ‘peep” as he pressed my display, but then I felt it, a tingling sensation. Afterwards darkness again, back in my box. I was so sad, but this time I had a different feeling in my box. I had been programmed and I was going places. I did not know where, but I was hovering in the air and with a bump I came back to reality, but not quite.

I decided to doze as it seemed I was travelling again. Suddenly things were different. My box was opened, the sunlight streamed in and I heard voices belonging to the two-legged species, the ones without wheels..

“He is here, that was prompt.” Prompt my wheels, if they knew how long I had been waiting for this moment.

There was movement everywhere. Tiles being lifted and I saw my external nervous system attached to a plug. It was buried beneath the tiles which were replaced. Was this it, would there be a purpose in my little life? This was my big break?

“What shall we call him?” said a deep two legged voice.

“I think Mowy is a good name. It says on his body Auto Mower.”

and so I was named, they called me Mowy. Oh, this is so exciting. I noticed that my wires were being buried in the garden. This was my future path in life. I couldn’t wait for the big moment, but it came quickly. Suddenly I was moving all on my own, gliding along, something was missing somewhere. I could not move my blades.”

“This is just a dry run” said one of the two legs in the uniform, “now for the real thing”.

And suddenly it happened. My circuits were alive, I was rolling over the grass, chopping where I could and the two legs that named me were crying with happiness. Ok, not quite, but they were happy. It was then that the two legs called Angloswiss and Swiss began to prod around on my display and the other two legs was making voice noises telling them how to treat me. I felt a light touch and then I rolled over to my starting pad. This was now my home, I felt it in my sensors. I was docked in. I was lovingly wiped over as there were a few grass blades between my wheels, but I was a happy Mowy. I am sure my big brothers would now be jealous, although I think I saw one in a larger garden just across the field. He waved with his sensors and I answered. I am no longer lonely and feel loved and wanted by my two-legs.

The life of a Mowy is great. Of course after thirty minutes rolling around I am a little exhausted, but my docking station replenishes my energy for the next day. Once a day they let me out to do my job. I even crushed a wasp on my first journey, but I survived. I am not sure if the wasp survived. Today it rained, but it did not bother me. I can brave it all and most important my two-legs love me. They are proud of me.

Here you can see me at the end of my garden where I am aiming for the docking station. See the little path in the grass? That is my path, just for me where they buried my wires. In a week it will be gone, the grass will grow over it all. Oh, isn’t life great? 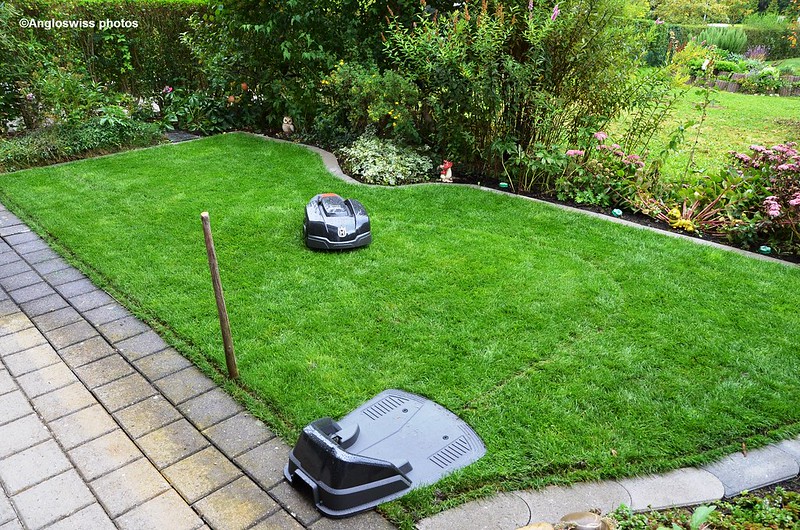