500 years from now, an archaeologist accidentally stumbles on the ruins of your home, long buried underground. What will she learn about early-21st-century humans by going through (what remains of) your stuff? 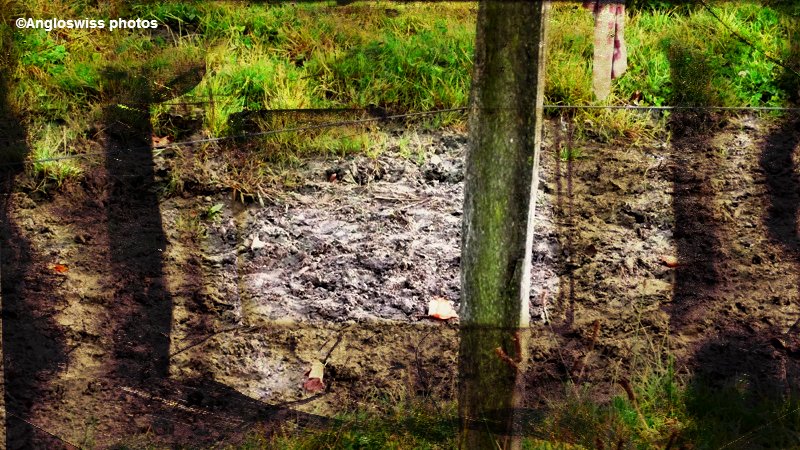 “Ok Sebastian tell Fred to start with the bulldozer here. My instruments tell me that there are no obstacles in the way.”

And so Fred began to dig with his machine. He shifted a lot of mud and earth and then suddenly there was a bone in the shovel, no two bones. It was when a complete hand skeleton was discovered that Sebastian told Fred to stop digging. Fred opened the shovel and a pile of earth was scattered on the ground containing the hand bones.

“Wait Fred, there is something in the hand. Let’s take a look. I think I should call the architect.”

The architect arrived and took a close look at the hand enclosing the object.

“I think I will have to call an archaeologist.”

The next day the archaeologist arrived with his assistant.

“Now that is interesting” said the archaeologist. He turned to his assistant. “What do you think Algernon?” Algernon took the object in his hand, studied it for some time and made a decision.

“I am not sure, but I have a feeling that in the olden times they had things called computers and this was a so-called mouse. They moved it around and there was a little arrow that moved over the screen. They did little clicks with it and in the beginning there was blog.”

“You mean we have found one of the first bloggers?”

“It might be boss, perhaps we should dig further.”

So the bulldozer dug further and the archaeologists put up a tent over the excavation. Suddenly more bones were found and beneath the bones was a chair. Next to the chair was a desk with a flat object.

“Algernon, is that a lap top?”

“Yes boss, I think it is. One of the first. They were not built into the human brain as today, but they had to plug them into something called electricity to make them work.”

“Algernon, I think we have made a historic discovery. We will have to take this to the laboratory.”

So Algernon and the chief archaeologist ordered a transporter and they transported the bones, the desk and the laptop to their headquarters, not forgetting the thing called mouse.

They were engrossed in their work and suddenly they had a breakthough. They had managed to reconstruct electricity and connect the laptop. The screen of the laptop was suddenly illuminated and there was a picture on the screen showing the word GOOGLE. Algernon and the boss were quivering with excitement, They had even discovered a word in the ancient language.

“I think you can touch any one of those black buttons.”

“Which one do you think is the best.”

“I don’t know Algernon. Press the one with the arrow. Or wait I will have a look on my receiver in my brain. Aha, yes, I see. OK Algernon, my computer says to take that mouse thing and press on the left-hand side. No Algernon, not like that. Remove those finger bones from the mouse and press with your own hand.”

So Algernon pressed and he saw

The chief archaeologist was so excited. “Do you know what we have here Algernon.?”

“Not quite boss. What is a Tabby and tooth paste. I have never heard of hot pink or drum sticks.”

“I know Algernon. It looks like some sort of list for an old civilisation. I think I will have to hand this over to the historians.”

And so I had been discovered and dug up. One of the first bloggers.The historians are still trying to find out what tooth paste was. In those future days there was no need. Teeth had been genetically altered and only grew once in an undestructable bone tissue. There was no such thing as decay. They never discovered what a Tabby was, although they found her bones in a sitting position next to the bones of the bloggers feet. I often wrote my shopping list on the laptop.

Daily Prompt: Digging Up Your Digs – The first discovered blogger