You’ve just been named the casting director of your favorite television show (or movie franchise). The catch: you must replace the entire cast — with your friends and family. Who gets which role? 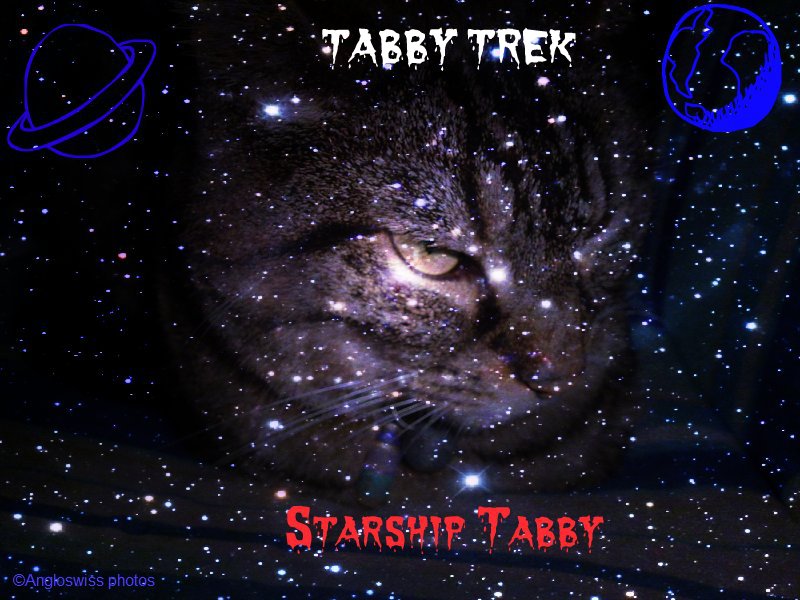 “All ready to go Captain Tabby, but I have a problem with my ears.”

“Dr. Spock never has a problem with his ears Mrs. Angloswiss. You are in a supporting role as my starship leader and I expect obedience at all times. This is an important mission.”

“Ok Captain Tabby, but it is all so illogical.”

“Human life is illogical, that is why I chose you as Dr. Spock.”

“Where are we going Captain Tabby?”

“That sounds better. Dr. Spock Angloswiss. We are on an important mission to save the planet Tuna from having its supplies stolen by the KlIngons. They have discovered the benefits of a tuna fish diet and are stealing all supplies from the Tabbys.”

“Yes, do not ask silly questions. I am going to beam you to planet Tuna with Fluffy Chekhov, He has a talent for Klingon meow. Stand in the beamer.”

“But I have never been in a beamer”

“Its no problem Dr. Spock Angloswiss. Tabby showed me how it worked yesterday. He beamed me up to Nera and we had a catch-up conversation on how things are going at Starship Angloswiss. I told her we have a new neighbour with no fur called Sphynx and she said that she has a few of them in the eternal corn chambers, but to be careful. They are crafty felines and like to take charge.”

“You think so Fluffy Chekhov.”

“Are you two finished? It is not easy directing a movie and we have no time for feline gossip. So here we go, hold on.”

“No problem Dr. Spock Angloswiss, just wait and we will reappear on planet Tuna, I can smell it already.”

“Hey Fluffy Chekhov, if it wasn’t for the funny markings on his forehead and the mass of long dark hair, I would say that guy looks a lot like Mr. Swiss, but I did not understand a word.”

“It is me Dr. Spock Angloswiss. I got the leading role as the villain. I am Klongon No. 1. How come your ears have grown so long?”

“I got them in the feline make-up store. I am not so sure that I like you with so much long hair. I prefer the Bruce Willis lookalike version. And what did you say? I did not understand a word. And get off that pile of tuna fish cans. I am supposed to beam them back to the starship Tabby.”

“I said it is a good day to die. It was the only Klingon sentence I found in Google.”

“Yes well make sure you are beamed back in time for the evening meal. So Klingon No. 1 I will kill you with my beamer.”

“Beamers do not kill, they just dissolve and if you dissolve me I will not be back in time for the evening meal.”

“OK, then help me with the tuna fish cans. You can return to the starship with me and help unload the cans of tuna fish. Beam me back Scotty cat.”

“I see you have fulfilled the mission Dr. Spock Angloswiss although I did not expect you to bring Klingon Mr. Swiss with you.”

“It’s OK Captain Tabby, he has surrendered and will stay with us. He promised to look after the tuna fish supplies and will protect them from all klingonic attempts to steal them. He is a reformed Klingon. Look, even his forehead is no longer Kligon look and his hair is again the Bruce Willis style.”

“We will return to base. Our task is achieved. Where do you think you are all going? We have to rehearse for the sequel. Uprising on planet Tuna.”