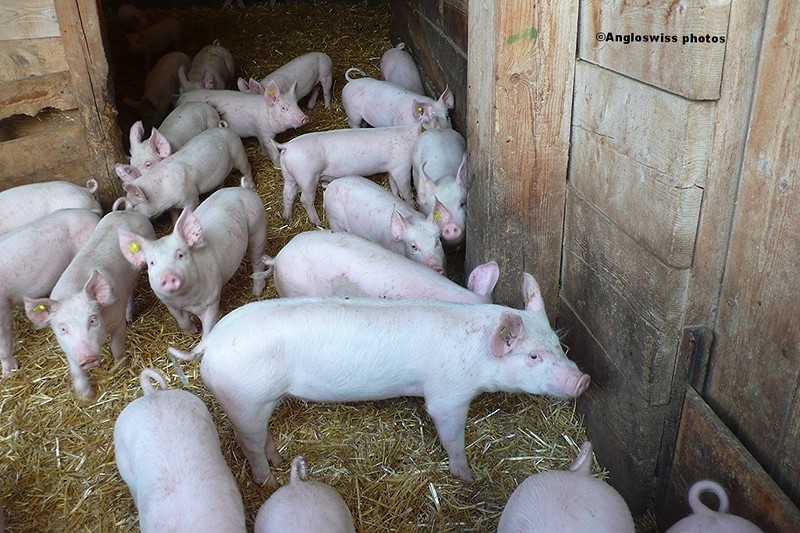 This was a difficult one. A friend of mine is a farmer’s wife and now and again I pay her a visit, with my camera of course. She has a pig sty, actually a pig’s home where they all roll in mud and dirt and look after their little piglets. They are quite pleasant animals and like to be photographed. I chose this photo as they were all looking sort of pinky pig clean. 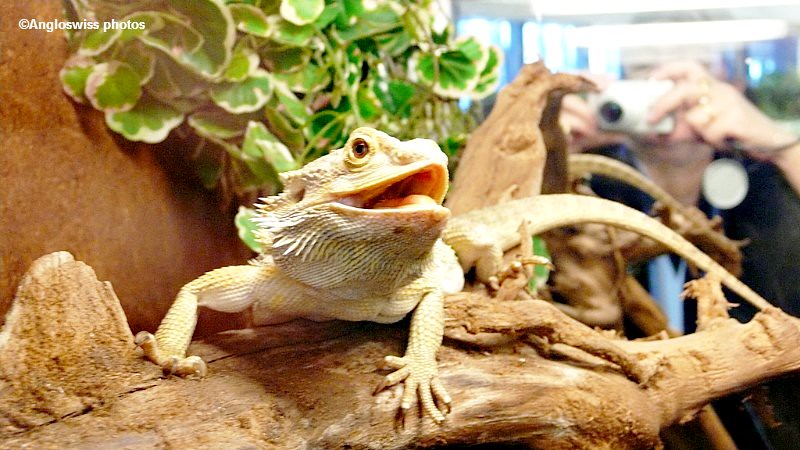 I visited a reptile exhibition and saw this sweet little guy. I was especially captivated by his sweet pinky mouth. I think he wanted to say hello, but there was trouble in translation. 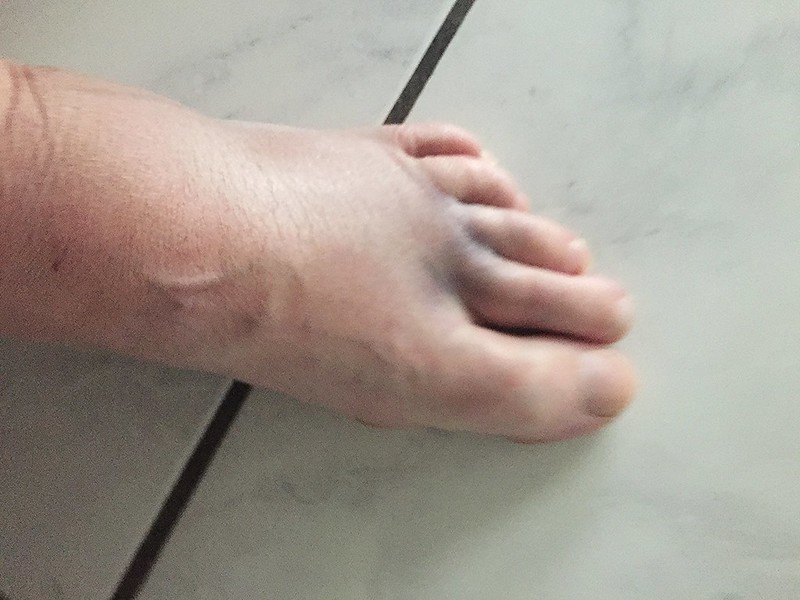 Are you serious Daily Prompt? I have spent the last month telling everyone about my unforgettable fall, due to a misstep whilst trying to take the photo of a horse and now I have to tell you all about it again. Not only a misstep, but gripping an electric fence on the way down which was for the protection of the horse. It was probably there to prevent the horse escaping on the free range and galloping through our village. This was my foot about a day after the fall, twice its normal size and very colourful. Luckily it has now returned to its normal size and colour, but at least I have a photo to remember it by.

Of course my history of missteps goes back a long way. I remember as a child, about 8 years old, on holiday in a place called Herne Bay on the english Kent coast. I went for a walk. There was a small stream with a bridg. It was a very interesting wooden bridge and if you were clever you could cross the stream clinging the bridge underneath. I was not very clever and unfortunately half way I changed hands. This did not work and I made a vertical drop to the bed of the stream was which luckily or unluckily dry with no water. It was one of those moments when I went home to mum crying and showing her various bruises and cuts on my legs.  If I remember rightly. I survived and the next day had a slight disagreement with a cliff that I wanted to climb. I saved myself by gripping some sort of plant which was hanging onto its roots. Somehow I reached the top of the cliff unscathed, although I still had the bruises from the day before when I fell from the bridge.

Fast forward in time and I was visiting my father in England. He was then a younger man, about 80 years old, and I was on an evening visit to the Docklands of London, near where I originally grew up in the East End. My friend was with me and we were approaching Tower Bridge. You know the one they open and close to let the big boats pass, although it now stays closed most of the time, unless the Queen wants to celebrate something on her royal barge. Then they open it. I am digressing, the Tower Brfge was closed and we were approaching it when I tripped and fell. Do not ask me how it happened, because I still do not know. I was laying on the paving stones resembling a nun that was offering her vows in the church, with the exception that I had somehow moved my arm beneath my head to break the fall. This was a good thing because I had no facial injuries, or broken neck: the problem being that my lower left arm below the elbow was distinctly in two pieces and a bump had begun to form. It is quite strange to hear two bones rubbing against each other as you move your arm. My friend drove me to the local hospital near where my father lived, and everything happened very fast: an x-ray, a doctor shaking his head and then admittance to the ER sitting in a wheelchair, although I told them it was my arm and not my leg that was broken. After three days in hospital and an operation to knit my arm together again with steel wire, I boarded the plane for Switzerland. In the meanwhile Mr. Swiss had been informed so everything was under control.

Two years later I did a misstep at home, when my felines lead wrapped itself around my leg (it was my blind cat, so she could only go out on a lead). This time I knocked a lump of bone out of the upper part of my left arm (again), known as a compound fracture. really something special. After a week in hospital I was released. Actually my left arm now looks good, because I already had a scar on the bottom half and now I had a continuation the top half, which balanced the artistic effect. I also got 10 screws to hold the metal plate. I was slowly becoming Mrs. Metal, or the bionic woman. 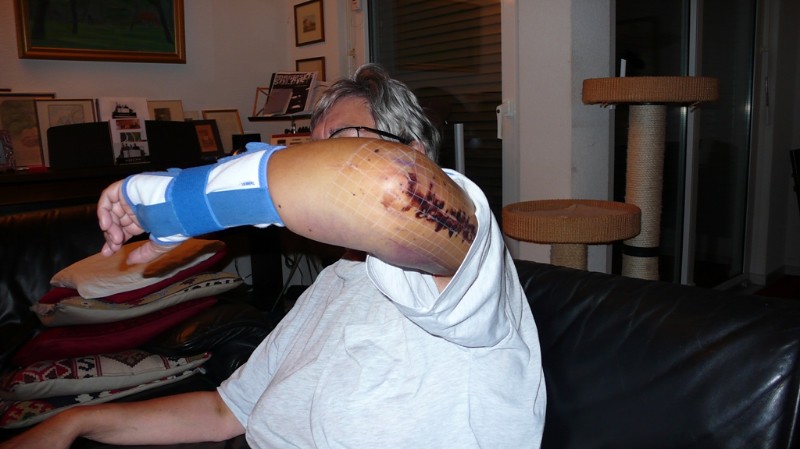 I forgot one of my  little misstepts. I was still a working woman and had to overcome some stairs: no problem, I did it every day, but this time my feet somehow decided to leave my ankles, perhaps due to the high heeled shoes, and I rolled down 12 stairs. As I seemed to have rubber bones and coupled with the fact that the owner of the company happened to be standing at the bottom of the stairs, I was on the rebound and stood up again.  “You could have been killed” was the remark from the company owner, although no problem, he would have been able to save a monthly wage.

I will now cease as this blog is slowly resembling the cabinet of Dr. Caligari with all its horrors. Suffice it to be said I am now moving again, still have a few twinges in the joints, but they were there before my memorable accident, just part of becoming a golden oldie.