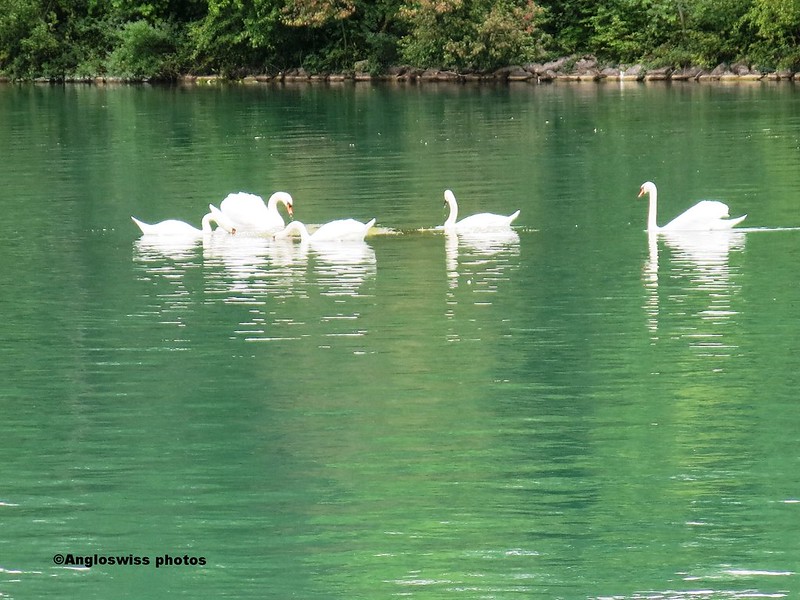 We don’t have one olive in the fridge at the moment, so I decided to show a few swans I saw on a walk along the local River Aar. The water was looking a bit olive green on that day. 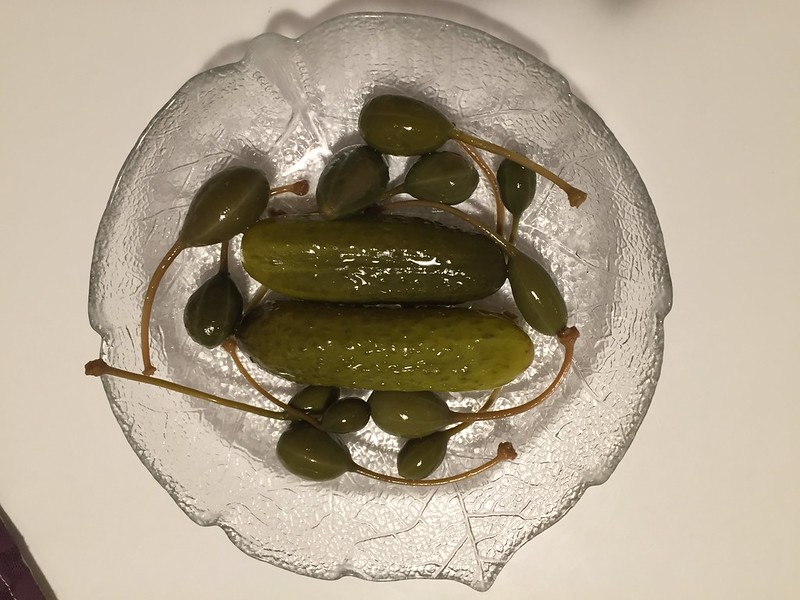 If you don’t have olives, then you search for the next best, especially if in your collection of over 15,000 photos you find nothing suitable. I found some capers and pickled cucumbers in the fridge. I now have a photo of olive green, even if it is not an olive.

DAILY PROMPT Pace Oddity If you could slow down an action that usually zooms by, or speed up an event that normally drags on, which would you choose, and why? Colonoscopy “Colonoscopy is a te…

Reblogged from Inghoelson
I read this blog a few days ago and the writer expresses my own thoughts. Is it really not possible today to find a better solution as a preparation for this unpleasant examination. I have had 7 of these examinations, and my husband also has them. 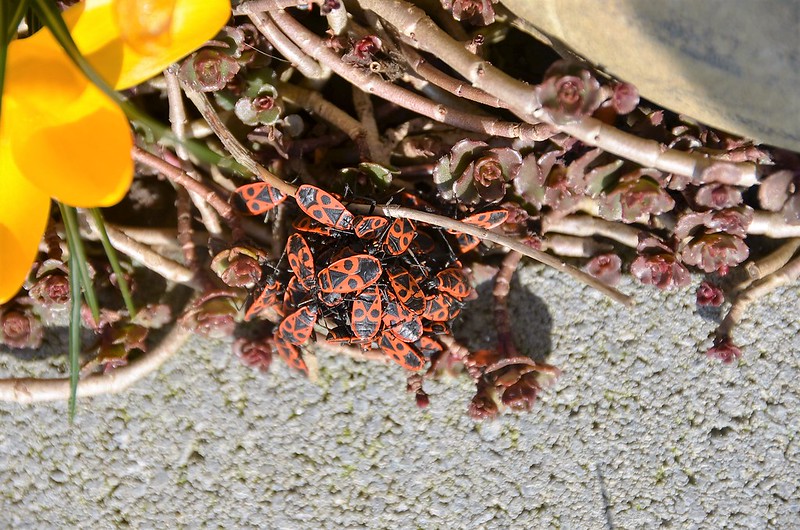 It was inevitable, to be expected, that the Firebugs would be the first insects to show themselves in my garden this year. Despite the fact that we still have temperatures of 0° in the early morning, they are not to be stopped. The sun is shining and the stones absorb the warmth.

“Isn’t it a little too cold for you?” I asked the firebug third on the right.

“It is just a matter of getting used to it. We were recovering from our Winter holiday below, making plans for the maintenance of our kind which will be inevitable eventually. What else is there to do in this world, except perhaps to have a munch of a few roots. Our march, two by two, will soon commence. What about it Maud?”

“I am thinking about it Herbert, but not too hasty. It is a bit early to begin colonisation efforts.

“It was then that the boss said we will surface. He counted us as we left for above ground in case some of us froze or had a shock and no longer returned.

It was a successful mission, and all survived, although Fred, the youngest amongst us, complained of frostbite on the third segment of his right front foot. Luckily it thawed out quickly when he returned to the nest.”

It seems the first firebug excursion into the unknown was a success and I dare say there will be many inevitable encounters during the year. Inevitabilities seem to be everywhere at the moment, which leads me to another remark I was thinking about blogging.

The advantage of the one word prompts is that there is a vast range of probabilities we can encounter on our way, although I am not so sure if this was an inevitable phenomenon, but it could be.

It came to my attention over the past week, that WordPress have at last decided to confront us with new prompts, in a monosyllabic way, by the usage of individual words instead of sentences describing occasions and personal events. I have been operating with daily prompts for at least five years, meaning that when they began to repeat at the end of the year before last, I had done them all. I had a choice. Shall I continue and ignore the fact that I had been there ad done it before, or shall I mention it to the daily prompt people, thinking that they did not realise it.

I soon discovered that they knew quite well what they were doing and there were many so-called newbies that had never seen these old prompts before, so they now had a chance to voice their ideas. I did mention it once or twice, or was it at every opportunity. I might even have annoyed a few of us with my repetitive comments, which were not meant in a negative sense of the word, no, I was just saying. They did not drive me away, I discovered an alternative to every repeated prompt I received in my DailyPrompt mail box.

It seems that my perseverance is paying off, we now have new daily prompts. Was this inevitable, or just one of those brilliant ideas that someone in Silicon Valley had? I am now a happy prompter. We are given a daily word to digest. I like it and find it an invitation to creativity, to do with it what you want. It is no longer my life history telling everyone about it, it is my own choice to make with this word what I want, and so I say congratulations daily prompt people, what a good idea.

I remember when the new grid arrived, no-one liked it, but we learned to live with it. Then we had the new post template which no-one really liked, after all it was based on daily application on the iPhone, where the keys are too small to hammer out an epic blog. There were at least 26 pages of complaints about various aspects that did not work. I am ashamed to say that after the first few days of getting to know it, I learned to love it and now enjoy using it daily. I suppose to make profits in this world of profit making you have to be on the ball and find a novelty to keep people visiting.

I am a WordPress blogger, I like the new prompt titles, I like the new template for blogging and the grid is no longer a subject for discussion. I rest my case inevitably.