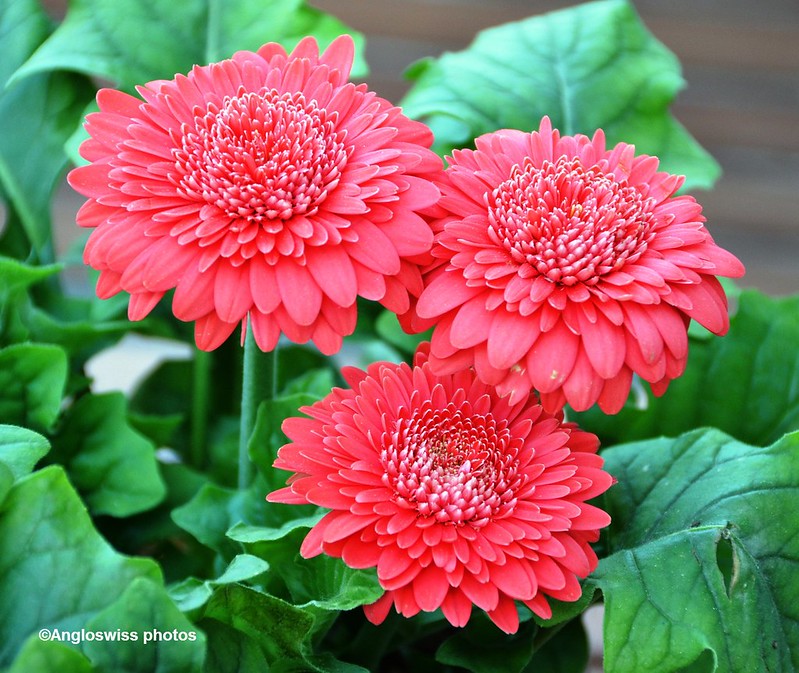 There seem to be at least 50 shades of pink existing. The only razzmatazz  I know is a style of jazz sung by one of my favorite singers and pianist: Paolo Conte who I once saw in a live concert in Bern, Switzerland 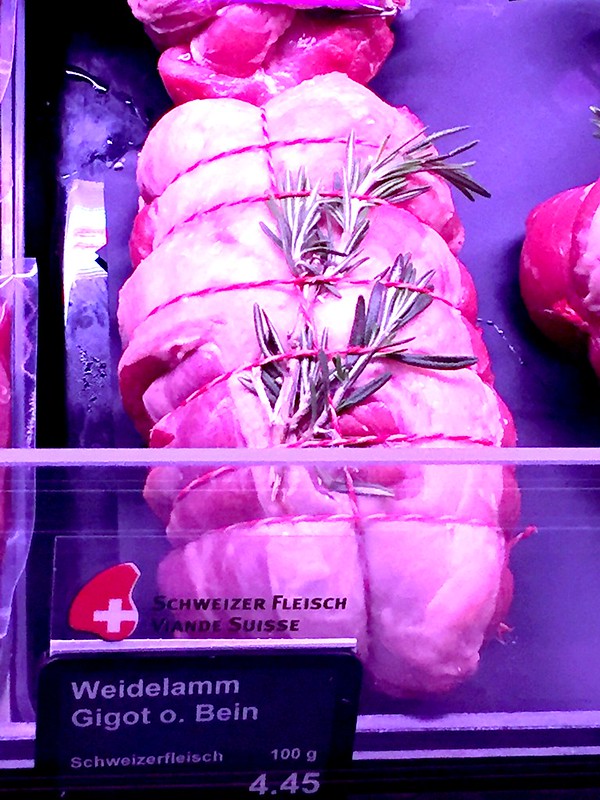 And here is my lamb for Easter Sunday, It seems to be quite a jazzy piece, almost razzmatazz 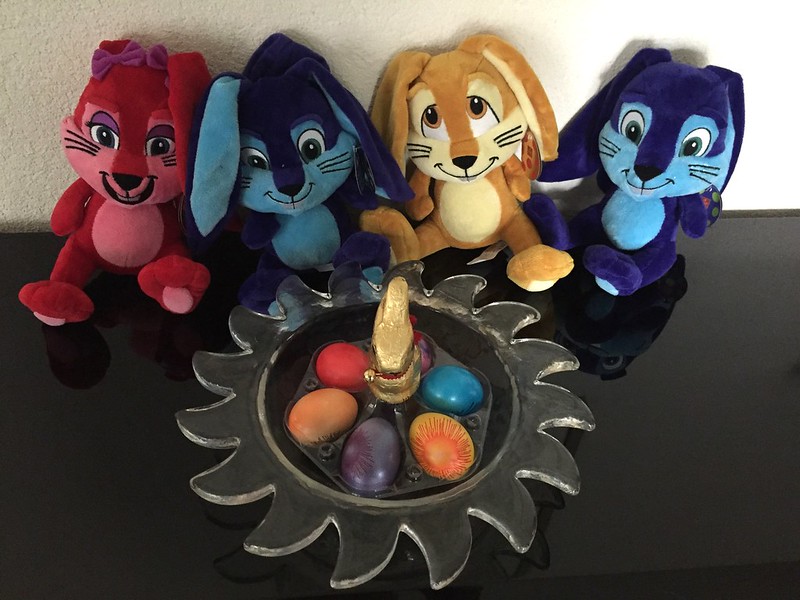 That is about the only Easter decoration I will have this year unless a certain Mr. Swiss decides to visit the supermarket/store on Saturday and purchase a nice dark chocolate Easter Bunny, I don’t really do a lot of chocolate due to diabetes, but there are always exceptions to the rule. I even managed to get No. 4 bunny this morning, which is free in the supermarket if you fill a card with points, due to the fact that I broke all financial records in the supermarket as we managed to shop inclusive until Monday, with a few exceptions, which Mr. Swiss will buy tomorrow – I hope. These Easter bunnys look quite relaxed, no sign of being nervous, they even have a smile on their faces, which is more than I have.

Today was one of those days when everything was against me, someone somewhere decided to put my nerves to the test, and they succeeded almost. I arose this morning to my breakfast and connected my Windows computer. It began its usual call for an entering code. I know I sometimes put the wrong fingers in the wrong places, but this morning everything was fine until my usual nice beach scene where the sun is shining did not appear. I was suspicious when I had a blank screen for a few seconds and then I had a blue screen with four window shapes on the right hand side with the light streaming through. I then got three reports from my computer telling me that there were certain apps that were not working and eventually it seemed there was an update in the byte trail. I waited, switched off and switched on – at least three times, and I was still stuck. I was desparing. At the same time my iPhone had an update and my iPad. Not just a simple update, but one of those super updates that take at least half an hour where you have to accept pages of conditions, which no-one really reads, and enter your code, as well as being invited to make another code, which I do not. Ok, so eventually it was all working.

In the meanwhile I had put my Macbook into action to do what I could not do on my Microsoft. I am equipped for all emergencies. Mr. Swiss said to phone our computer expert. I found this was a good idea, but my iPhone was still dealing with the new update. Eventually I contacted the expert and he called me back. I told him my tale of woe. When I said my microsoft computer had been alive for more than an hour and I had done a restart at least three times, he remained quite cool. He is very cool actually, a nice guy. He said to press on the switch off button for some seconds until everything closed down and then begin again. OK, he is an expert, and of course it worked the first time. He explaned why. He said a restart does not help because it restarts in the same place. It need a complete turnoff to register the new updates. Anyhow it now has everything again, even the two new apps I uploaded yesterday evening. One of them tells me what time it is in Blackstone valley and  the other in Monte Vista where two of my online colleagues are, so I know when they are sleeping or eating breakfast.

When this panic subsided and I realised that life continues. I went shopping. I had prepared my shopping list which had now reached mega proportions on my iPhone and sent it to Mr. Swiss, so what could possibly go wrong. I even found a suitable lamb roast for Sunday dinner in the supermarket, which the saleslady vacuum packed in plastic for me to keep it fresh. Although we broke all financial records, at least ours, when we paid, we had bought food until next Monday, so it worked out quite well.

The next drama was after lunch when my iPad constantly called for a code to be switched on. I had the code, it was the one for my telephone from the Swisscom, no problem, but not every time, this was too much, I wanted to relax in a golden oldie after dinner sleep.

“Look in Google” said Mr. Swiss. Actually I did not feel like searching in Google because I was already late and wanted to sleep, but I looked. After the fourth attempt I found what I was looking for. A few manipulations on my iPad and the cyber world was again in order.

Yes, it was a nerve wrecking day at the Angloswiss home. I think I am just too old for this sort of excitement. It does seem that the world stops turning when the computer strikes. I remember my knitting days when I dropped a stitch. It was not a drama and I picked it up again. Things are not so simple with a computer.