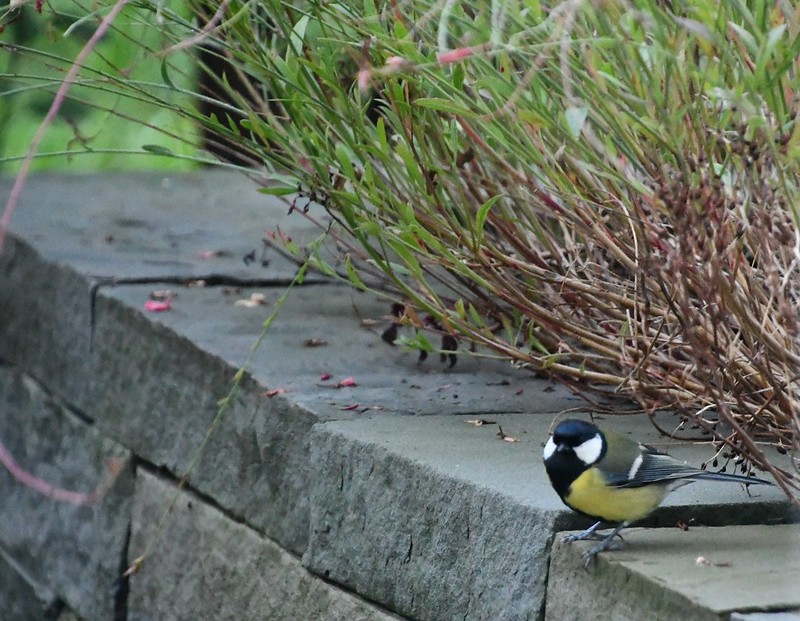 These guys are everywhere at the moment showing off their yellow plumage: commonly known as Yellow Tits. Where there is  bird seed, you will find them. 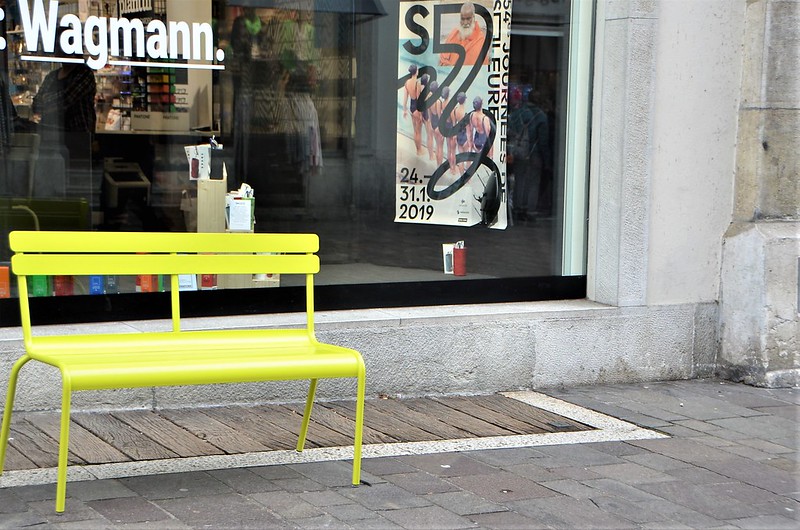 Or perhaps a yellow bench in town 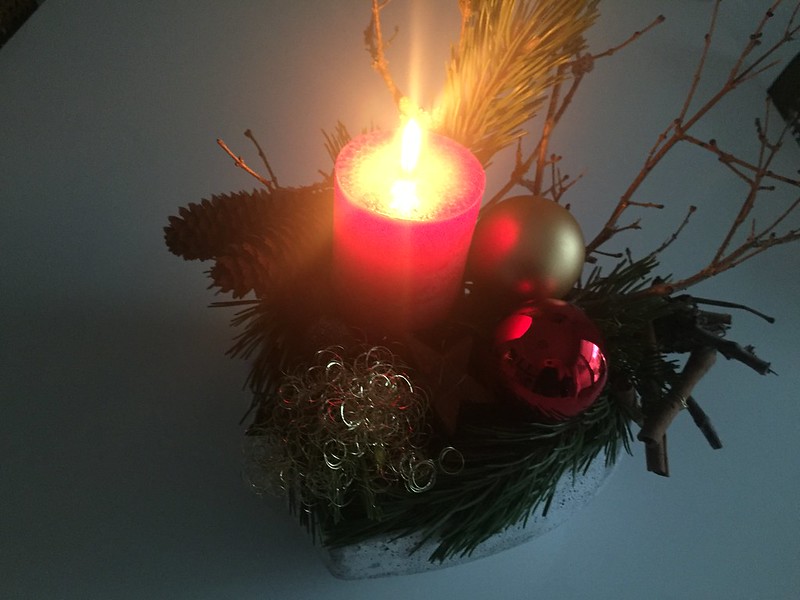 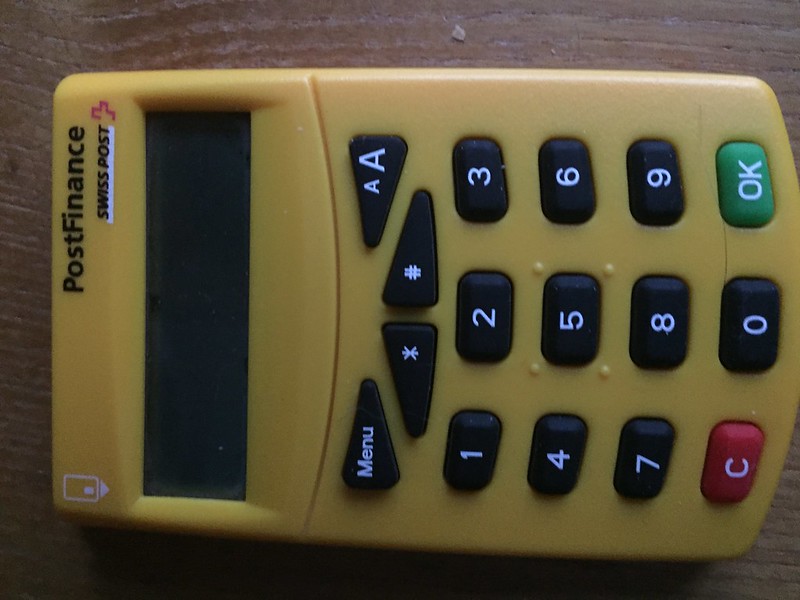 Yellow is the colour of the Swiss Post Office organisation. As I am doing my best not to repeat the same photos as a year ago, I constantly search for something completely different. What could be better than my secret digital key to access my account online for my post office account. No problem showing it here, because you see nothing that the others do not have. However, when I need it, there are all sorts of secret codes and paths to be taken and they are all mine.

The strange thing is that the German Post also have yellow as their official colour. And our and  the German postmen, no, they are not yellow – or are they? 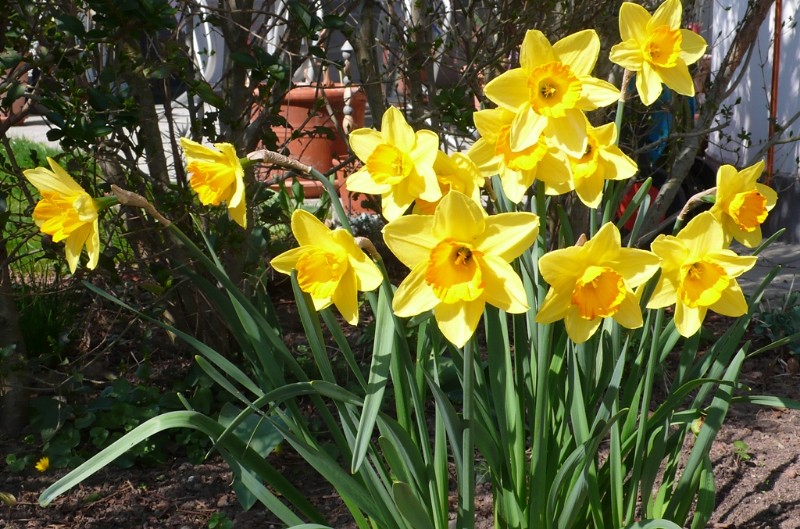 Daffodils are basically yellow, although they can also appear in white or orange, but yes, they are yellow, which reminds me of my school days. No, they did not grow at school in the playground, but we were encouraged by the school to grow bulbs for a spring show.

Growing up in London, the only yellow flowers you might see were dandelions, because dandelions grow everywhere, even on the bombed sites left from the war, which were my playgrounds. This was actually the only contact I had with mother nature as a kid. So the educational system in London had a bright idea, let’s encourage our kids to recognise what a daffodil is.

I was then at primary school, and at the age of 10-11 we were eace given one daffodil bulb in Autumn.The intention was that we took them home, planted them in a pot and would look after them until they began to grow and flower. Soon Spring arrived, and if we did everything as we should we would have flowering daffodils. Mum was not really the Capability Brown of the landscape gardeners, and dad even less, but she like a nice flower around the home. We always had geraniums in summer in the window box on the kitchen window sill. I remember once, she was not feeling well, and so she sent dad to the flower market to buy geraniums. Dad did not have a clue what a geranium looked like, so she had to give a full detailed description and we were all surprised when he returned home with geraniums. Mum must have described them correctly.

So back to the yellowness.  Mum planted my bulb in a pot, using the earth from our back yard. Actually it was a wonder than anything grew with that earth, as the main part of it was composed of coal dust, because we had our coal bunker in the back yard.

I suppose I looked after the daffodil bulb now and again and gave it water, but I think mum did most of the gardening work. Spring arrived and a date was set by the school to bring the results of our daffodil bullbs. We kids were now excited and I remember the day when we all carried our pot with the daffodil to school. Our school hall had many empty tables, and the daffodils  were placed on the tables. Naturally we were all given some sort of label where we wrote our name and class. I think it was our teachers that did the judging. They would examine each grown daffodil. Some were quite majestic, and some were just happy to have survived he battle of producing a flower, but for us East End kids in Bethnal Green it was the event of the Spring.

The bulbs were judged and the successful and the best were given a certificate to prove it. The best you could do was a first class certificate. I remember them as if it were yesterday. They had a photo of daffodils, in black an white on them, and the words “1st Class Daffodil” with a signature from the head misstress. There was then visitors day when the parents were all invited to inspect the various daffodils.

Some came up yellow, some were looking as if they really wanted to be yellow and there were those that had only managed a few green leaves. Who cares, it was so long ago, sixty years approximately, but it was my first success, thanks to mum. I think they would have died of thirst were it not for mum’s care. 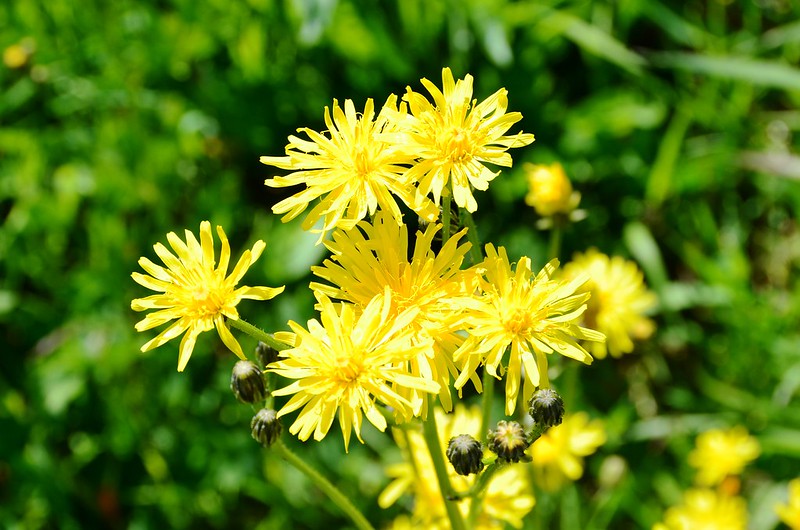 I do not know what these are, but not dandelions. They sort of appear in my garden in March with thick stems and almost no leaves and disappear a week afterwards. They also creep along in the earth. Some sort of wild appearance. 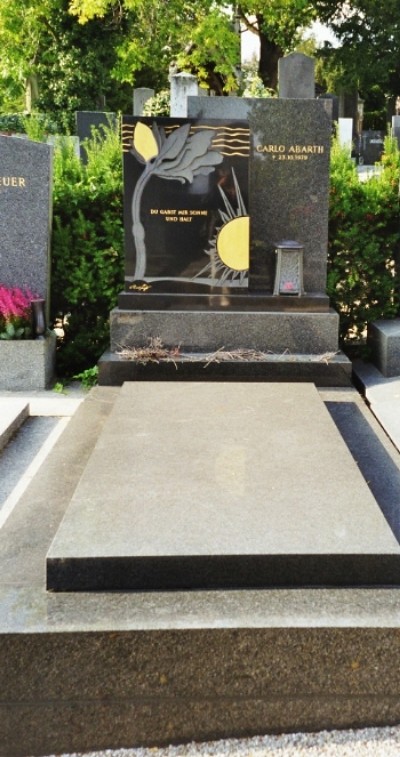 I am a graveyard tourist and this is the grave of Carlo Abarth buried in Grinzing Cemetery, Vienna, Austria. Carlo Abarth was a well known car designer and motor cycle racer – see link.

Today was a yellow day
Had yellow thoughts
The sun was shining yellow
Baked a cheese flan for tea
It was yellow
My black cat ran meowing into a dark corner
Was she worried because I was carrying a pot of yellow paint?
I bought bananas, they were green (aha!)
But I am sure they will turn yellow
I had a bad dream that the house was burning
Yellow flames licking at the walls and curtains
The curtains?
I do not have any, but if I did
Who knows, they might be yellow
So what is the reason for this yellow feeling?
I just wanted to support yellow
Everyone is blue and sad
Green with envy
Red with anger
Poor yellow is just neglected
No-one wants to be yellow, just me
So support yellow,
VIVA YELLOW