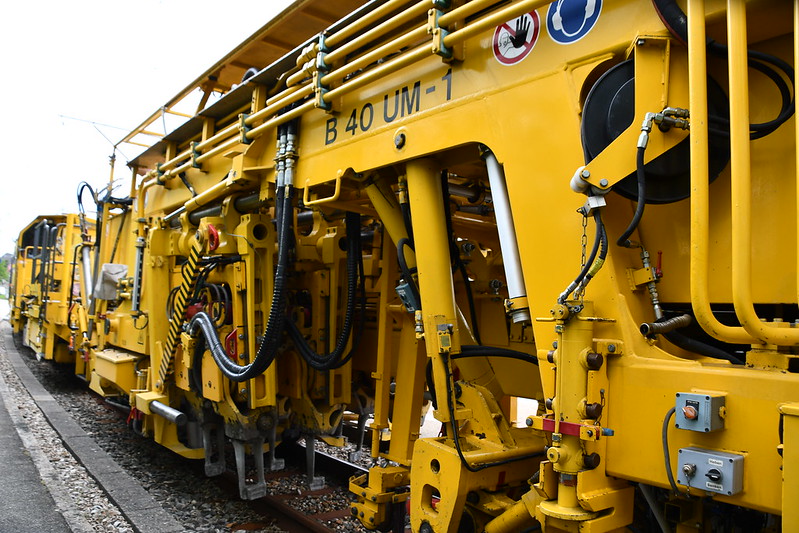 How is this for a wagon. Two days ago they cut our escape route to the outsdie world due to repair work on our local railway. I had an alternative road to leave the village, but my own private wagon and me do not like travelling lesser known roads. Tomorrow everything is back to almost normal, so today I escaped in my wheelchair and decided to have a look what is happening.

Our road is now open so I had to move along to see how they were attacking the next part of the village. As I travelled along I came across this monster. This is apparently used for laying new railway tracks. 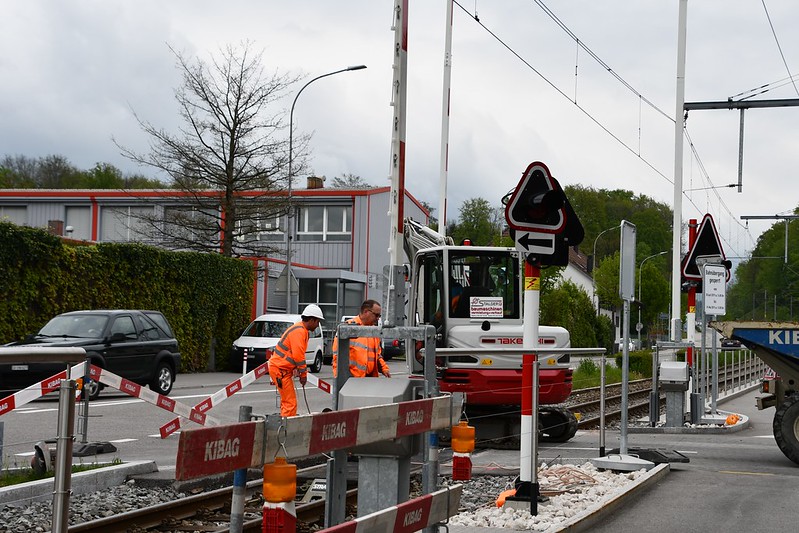 Further along the road there was a little more action with men dressed in their orange overalls watching the men driving the various strange other wagons. 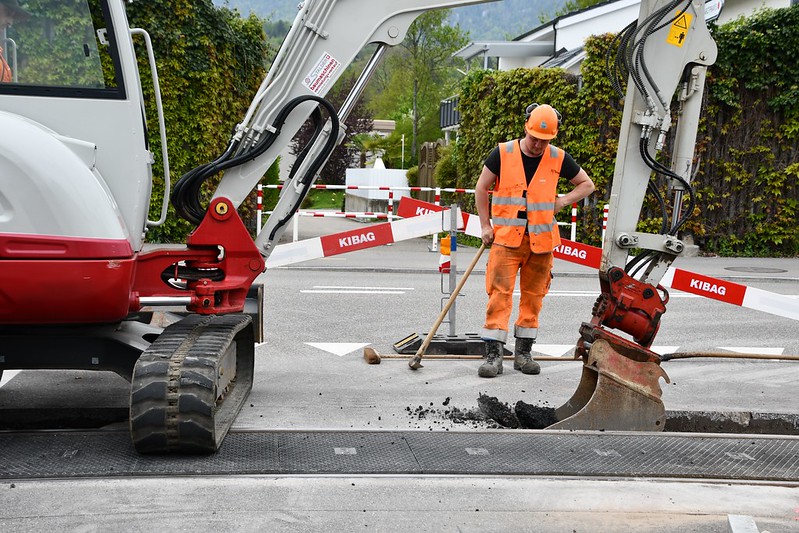 And then I discovered what they were doing. They were removing the surface between the tracks where the railway crossings are. I can imagine this is because they are the exits from the village and continuously being used by our cars and probably subject to more usage. Here you can see where the digger is scooping out the old surface. During the night the men will be working and by tomorrow lunch time everything should be as normal again with a new surface. 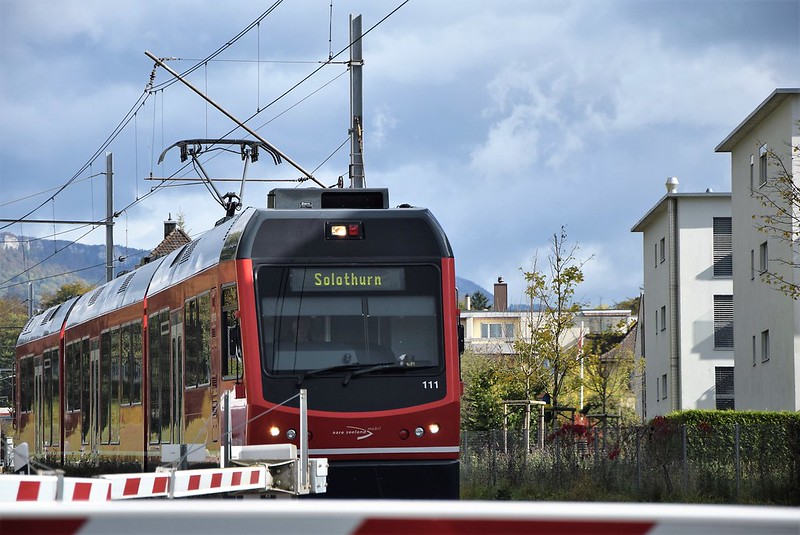 This is the normal state of affairs when our railway is passing through.