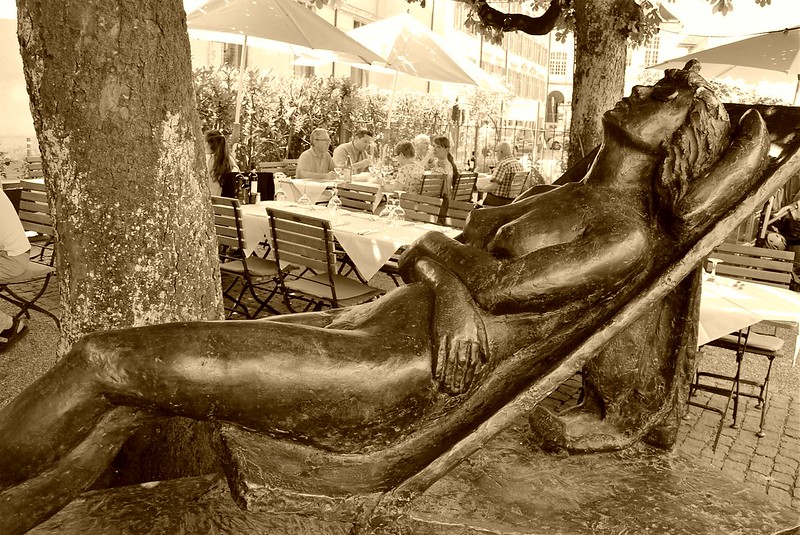 Since the restaurant opened she has been in the garden. 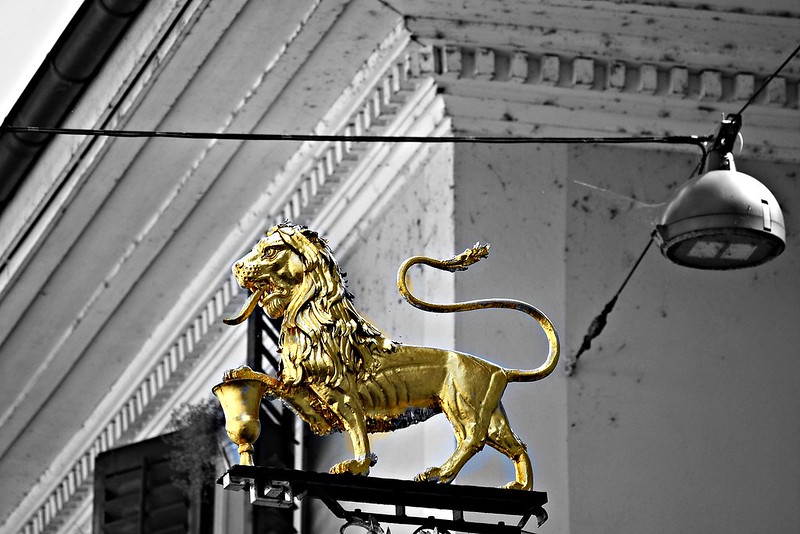 One of our restaurant signs in the local town. 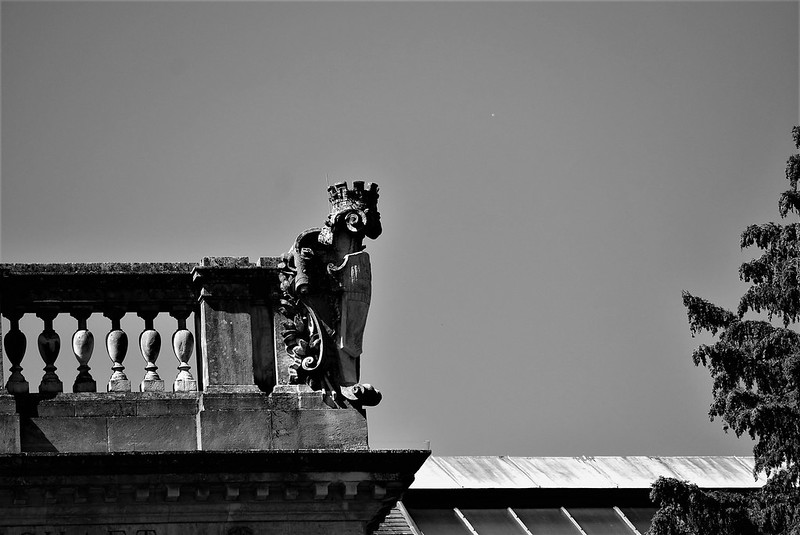 Perched at the top of the cathedral 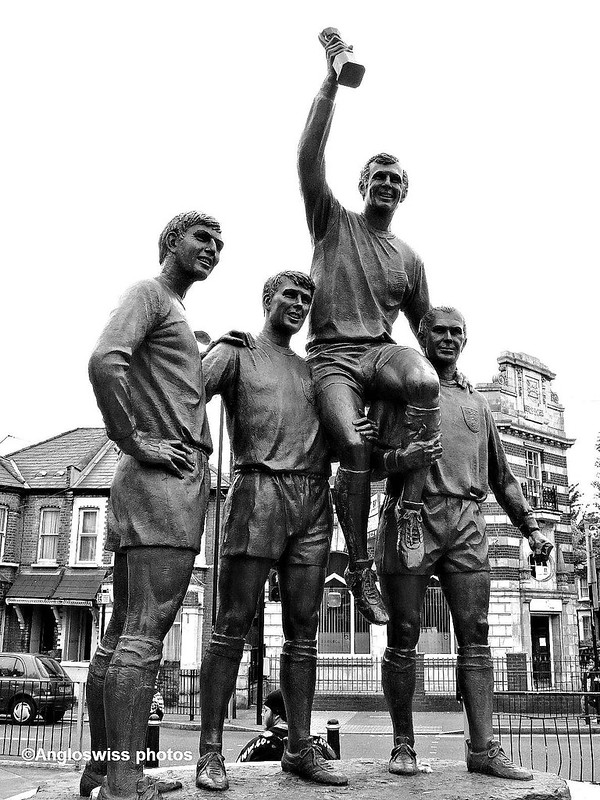 My football team in London, West Ham United. I took this photo outside the ground on a visit to London. It shows Geoff Hurst, Martin Peters and Ray Wilson holding Bobby Moore aloft at Green Street, Upton Park. Bobby Moore was a legend at West Ham. He was captain of the team for many years, unfortunately passed away in 1993 at the age of 52. I saw him play his first game in the first team at West Ham. 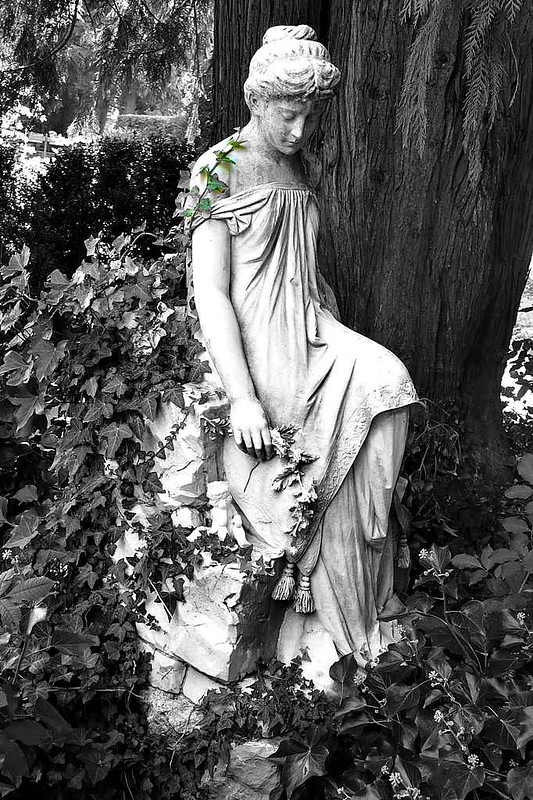 This young lady is in our local cemetery in Solothurn, Switzerland 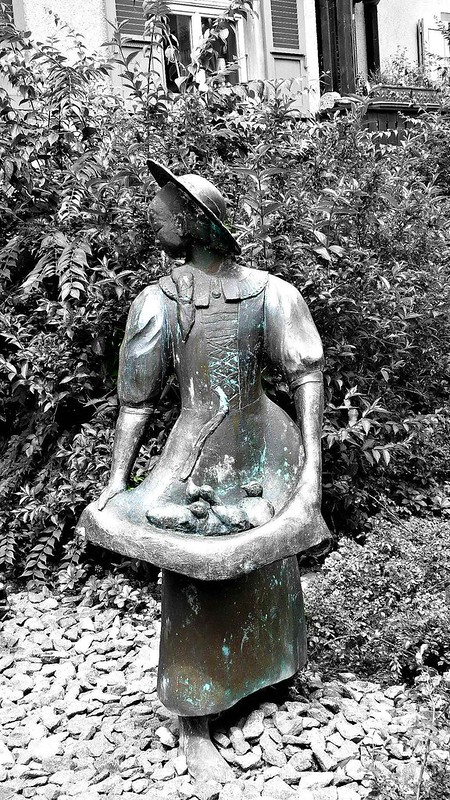 This statue was from a park in Rheinfelden in Switzerland. The park was full of various statues from children’s stories, and I think this one has something to do with a Goose Girl story.