This guy had to swing himself up to reach the roof. Those old houses have their problems if something needs repairing.

Someone must have been parched and found the way into my kitchen hoping for water. The problem was how do you persuade it to leave. It is not really an animal that I would pick up in my hands. However eventually he did a few hops and left.

Growing up in a town, London for example, verdancy did not even exist in my vocabulary. The only green things I would see might be bank notes, although my mum and dad did not have them long enough to realise the colour. Of course we had parks, where there were trees and even flowers like dandelions and buttercups and grass in between. I remember our teacher at school in the nature lesson, telling us to collect leaves from the trees so that we could identify them. We had to walk for half an hour, even take a bus to find a tree, but this was East London, home of the docks and factories. The trees were mainly so-called plane trees, which were quite toxic from the surrounding fumes of the traffic and smog.

Most of the verdant sites I saw as a kid were the remainders of the bombed houses and their gardens after the war. I was a kid of the fifties and London was still rebuilding, or at least thinking about it. The best playgrounds were those left by the air raids on London. They were pure adventures and the gardens ran wild around the piles of bricks or wall remainders, ivy and various creeping plants winding their paths into the crevices and spaces. Wild life was mainly rats living in the deserted cellars. Dangerous? No, not really. When your parents had been sleeping for five years in shelters in the garden for protection, they did not consider your playground as being dangerous. We were free from the threat of war, bombs and destruction: a cut on the knee was cured with a plaster on it. Scratches were signs of bravery. And bruises? They were the result of a stone fight with another bunch of kids and you were unlucky if a stone left a patch of destruction. It was even a token of bravery. 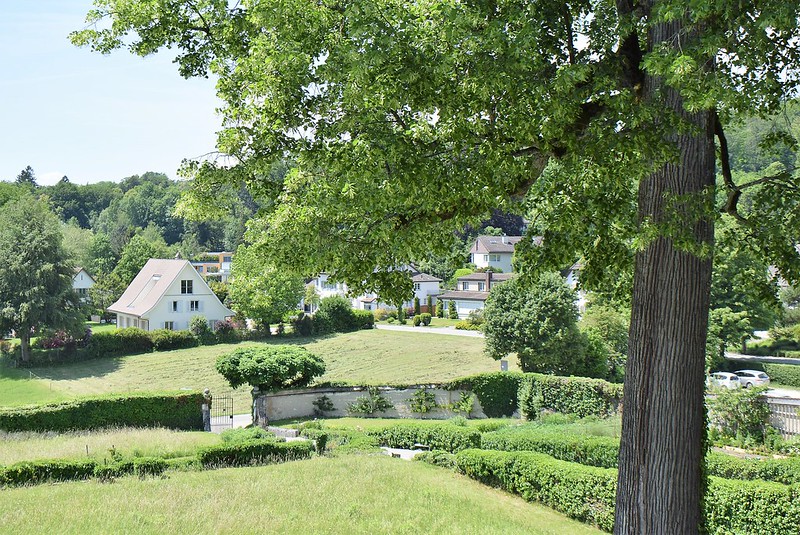 My kids grew up in places like this in Switzerland, verdancy being everywhere. They loved their visits to see grandad and gran in London. They were the adventure holidays, in the smell of car exhausts and wet concrete on a rainy day: weaving through the streets and travelling on the subway. My grandchildren will be growing up in verdancy, in a country with no wars and no destruction. I hope they will appreciate it.