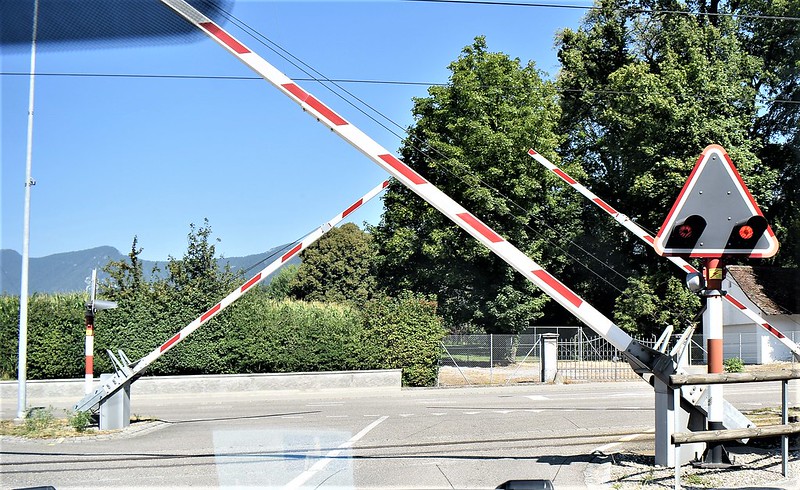 In this case the railway barrier at the road exit from our village was opening, although it often closes. The train to Solothurn has a time table of every half an hour in one direction and also in the other direction. This means that the barriers are opened, and closed, four times an hour. This also means that if you want to go somewhere with the car, you should check to see what time, because otherwise you will be subjected to a wait if the train is approaching. Of course Sunday services are only once an hour in each direction.

There used to be no barriers, just an open railway line, but a signal. Three years ago the road was reconstructed, a new surface, and of course new organisation for the train. We now have six new barriers where there were once none and the barrier we had is now closed permanently. That it why it looks so new and perfect. Of course we have the warning lights which begin to flash and a repetitive noisy signal just to be on the safe side. This has the result that when a train is coming the whole village hears it before it arrives. 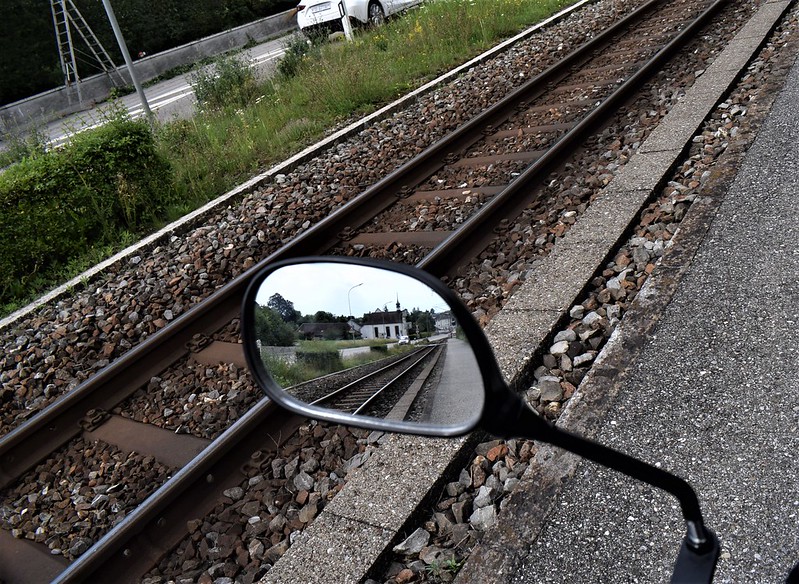