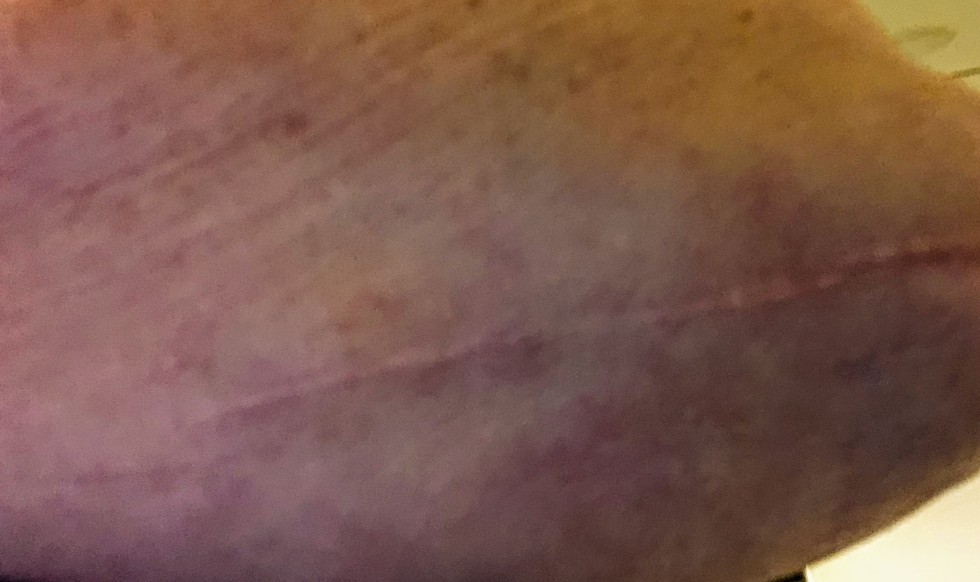 If you break your arm you are left with a scar
It happened very rashly, I did not fall at the bar
I was out in the garden and my cat had a lead
I took a false step, trippped but did not bleed
I was off to the hospital in an ambulance
When I arrived, I hoped I had a chance
The doctor took a look, and then he shook his head
They pieced the arm together, and I had to rest in bed
And now I have a scar, something to remember
This happened a few years ago, it wasn’t in December
Some time in the summer months, my arm became quite white
People asked me what happened, they thought I had a fight
I told them it was nothing, just a tit for tat
Although they did not believe me when I said it was the cat
When you are a golden oldie you collect the scars with time
So show them with pride, it is really not a crime 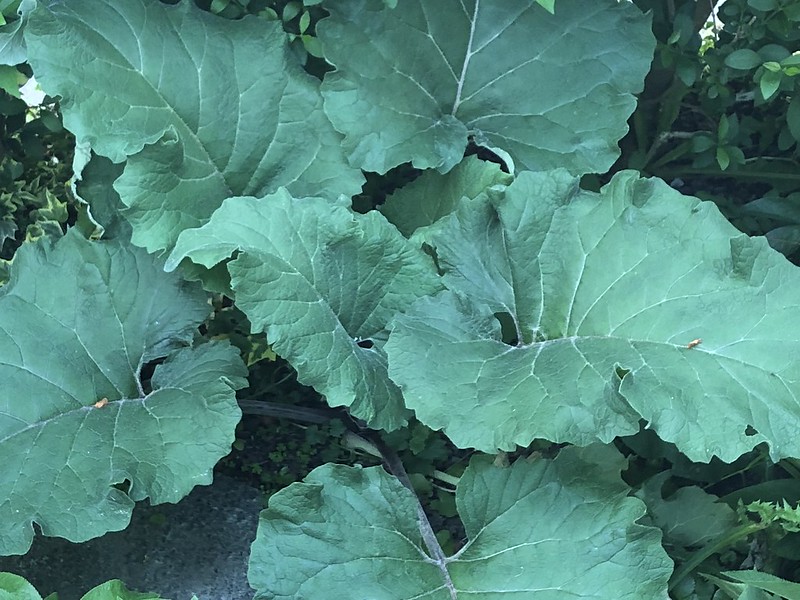 At the beginning of May last year I discovered this plant growing in my garden. I wrote about it here now and again as I watched it growing.  I did not know where it came from or where it was going. My first thought was that it was a rhubarb plant, although the stalks were not so rhubarby – no red colouring. Perhaps it was something poisonous? It then came to pass that my gardener was weeding and taking care of my garden and asked what he should do with it, He also did not really know what it was. In the meanwhile it was expanding and growing. I made a rash decision, and told the gardener to remove it. 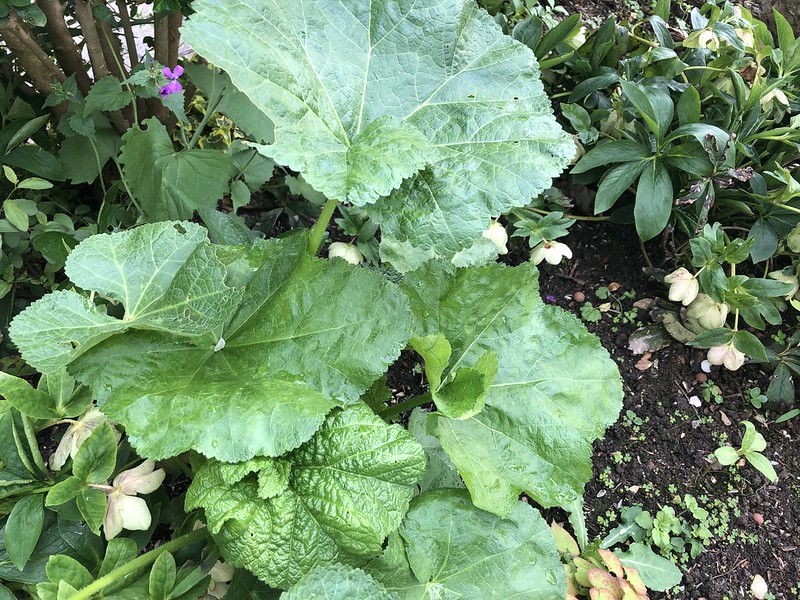 And look what I discovered growing in my garden today. At first it disguised itself as a hollyhock, when it began to grow, as I have a few hollyhocks. But hollyhock leaves behave, they do not expand and stretch, they remain neat and allow a stalk to grow with the flower buds. This mysterious plant shows no attempt at a flower bud at the moment. It is just growing and making one mega leaf after another, with fleshy stalks.

It is growing in the same place as the one I had removed last year, which leads me to the conclusion that it is planning to take over and remaining. I had a look in my PlantSnap identification system and it said it was garden rhubarb. I have come to the conclusion that the gardener did not dig deep enough to remove traces of this strange plant and a remainder was left which has decided to grow and appear again in my garden this year.

This year no rash decisions will be made and I will leave this plant to grow. It might be quite tasty. If my blog suddenly disappears this summer, blame it on the consumption of a rhubarb pie, which was not actually rhubarb.