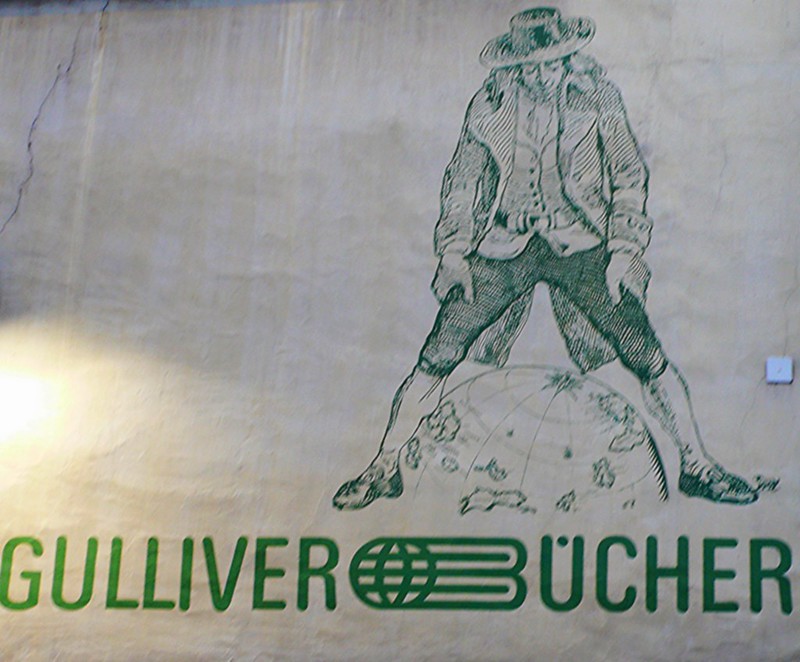 The local bookshop has this sign painted on the wall outside, although Gulliver has nothing really to do with books, but they do span the world. Somehow the old style of dress from earlier years suits the word purloin, which I associate with the days gone bye.

Purloining is not stealing for me, just having a borrow and forgetting to return it. Many are the books that I gave someone to read and never saw again. I am sure it was not intentional, just forgotten. That is a harmless sort of keeping what is not yours.

I was once the witness of someone stealing articles from one of the stores. It must have been about 20 years ago and I remember it was in Winter. The law is you have not stolen anything until you leave the shop. The guy put one foot over the door to the outside and the manager grabbed him as he was being watched in the store. The thief looked like a normal middle aged shopper and he had a shock. All the stolen veg and packets of groceries tumbled to the floor that he had hidden in his coat and you could clearly see he was in shock with a very red face. He tried to get away, but the manager held him. I decided to go, somehow it was not a very good sight to see, and I had the feeling that the guy that had taken the stuff was not a professional, and had his reasons.