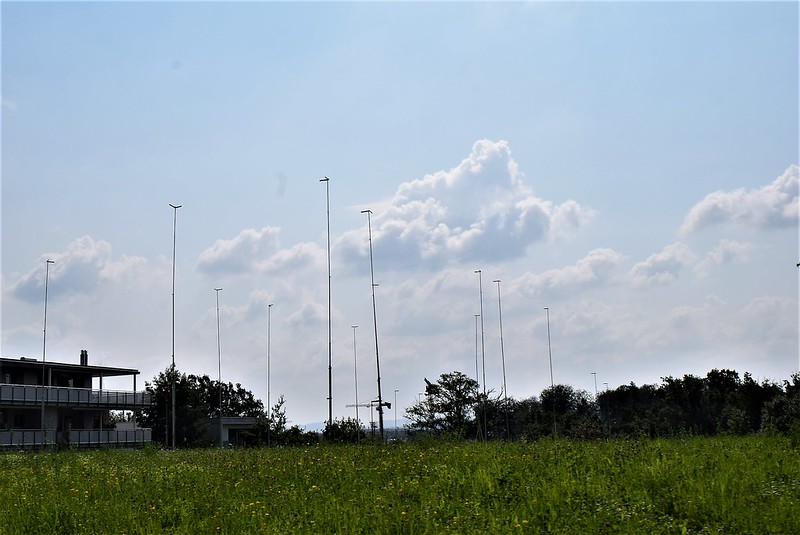 What is growing in the landscape in our area? Yes, we are in Switzerland and in Switzerland everything is organised. You cannot just build where you want to, it must fit into the surroundings.

You must show the outlines of what you wish to build at least 3 months ahead before the building work begins. It might be the case that someone does not want this high building planted opposite where he lives. I noticed myself when these poles appeared that I was not in complete agreement. with the height. It means that my view of the tall trees opposite is now reduced to only the top halves. Mr. Swiss finds this is not so important, but he is Swiss.

However, someone did have a problem with something and raised an objection. These poles appeared in April and only this week were they removed, meaning that the objection has now been dealt with by the local council with a building delay, and has not been given permission. Now the building work can begin.

We will now have trucks moving back and forth, excavators digging holes and cranes being erected to complete a new property for housing people. The property will be bought flats, as ours, but will they be sold? In Switzerland we have far too many empty apartments, because they have been building everywhere and everyone already has what they need.